on October 29, 2017
For Jake the dog's 12th birthday this week I wanted to take him on a little adventure somewhere, just the two of us like the old days.  I decided we should head east through the gorge and do some exploring in the farmlands and wind fields of Klickitat County.  Highway 14 is stunning right now with fall colors, and when you throw in a pumpkin muffin and a hot chai it is pretty much perfection. 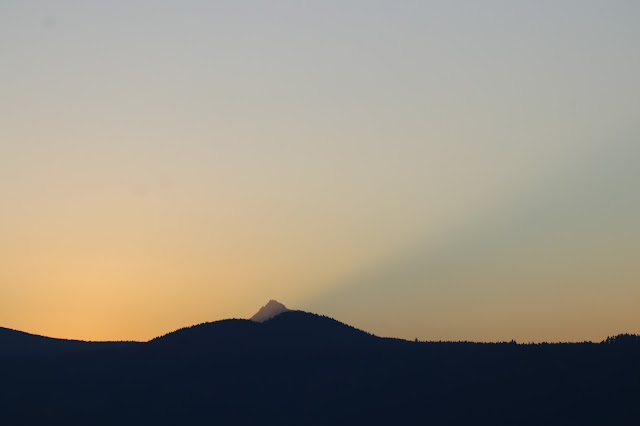 Tip of Mount Hood with its shadow 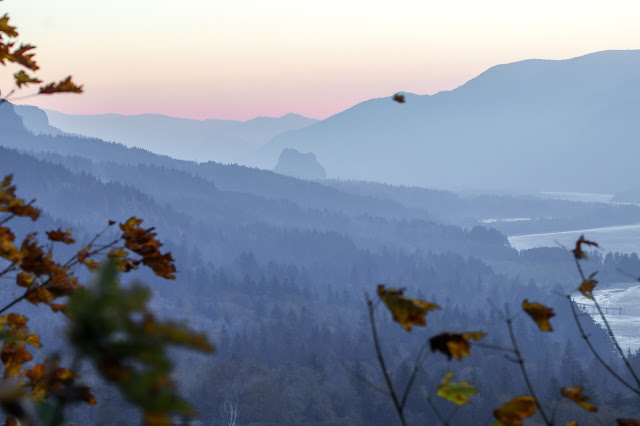 I turned up Old Highway 8, passed Catherine Creek, and stopped at random pullout with a view and spot to walk Jake. 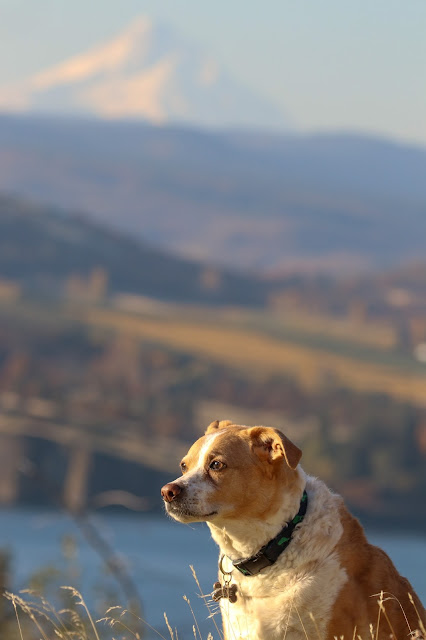 My first planned birding stop was the cemetery on Balch Road but as I pulled up a dude and his giant off-leash dog appeared, coming out of the gate of the cemetery.  After staring me down (both the dude and the dog), they went back into the cemetery and disappeared.  Nope.  Nope nope nope.  I kept driving to the Centerville Highway and took a turn off there. 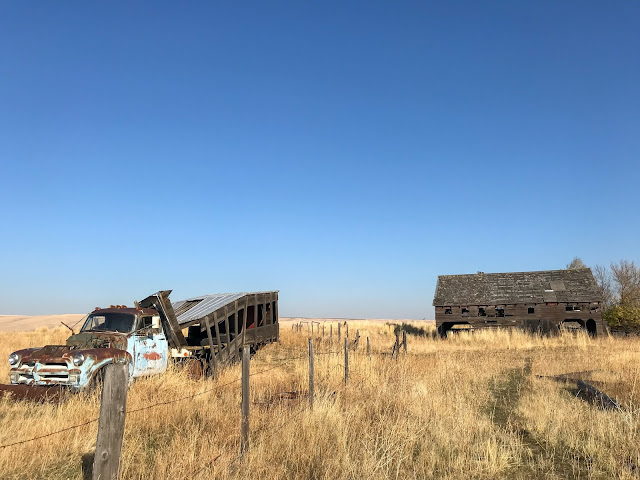 A series of abandoned structures were begging to be explored, but as I got out of the car there were gunshots on the hillside behind me.  A coyote was freaking out, howling and yipping and carrying on like I had never heard before.  It didn't stop.  I was barely able to make out the animal on the hill, not too far from where the shots came from.  It was an unpleasant scene and I decided to keep driving.

Uecker Road looked nice and deserted so I took that turn and quickly spotted a few flickers on the ground.  One was an obvious intergrade. 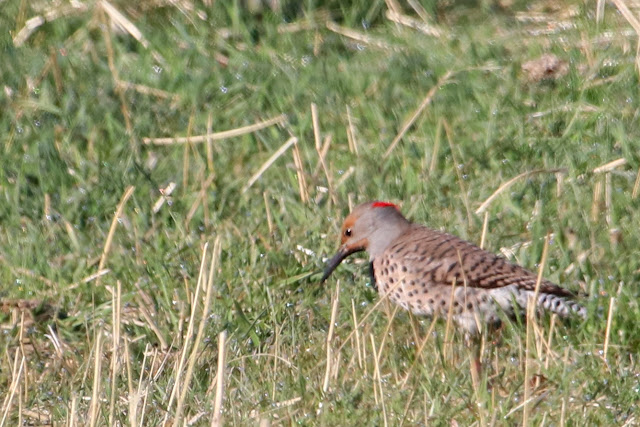 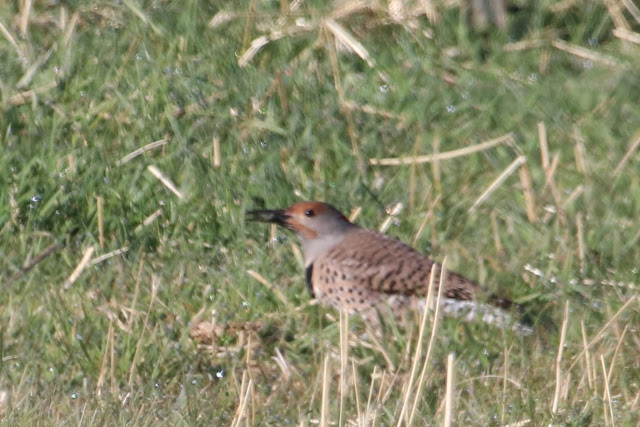 I like the brown malar.  My first magpies of the day were in this area as well. 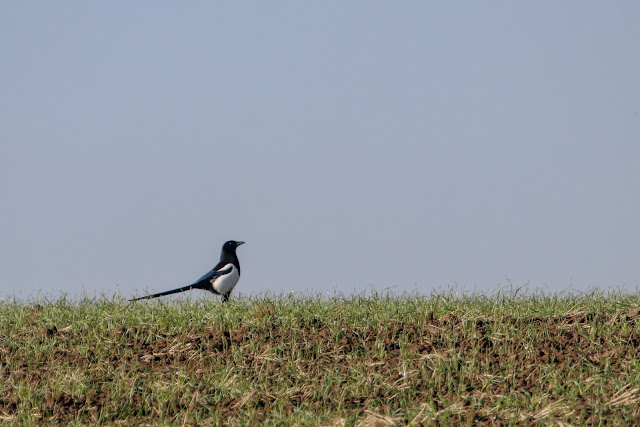 I turned onto Dalles Mountain Road where juncos appeared, then meadowlarks, then a random tiny pond with ducks.  Northern Pintails and a sleeping Hooded Merganser. 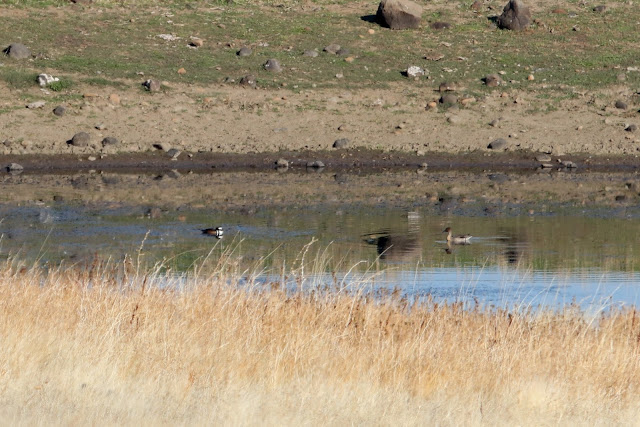 This road turned into cow and lark country.  Good stuff. 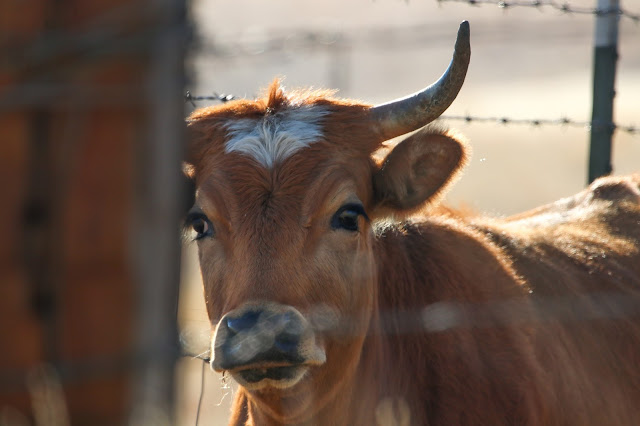 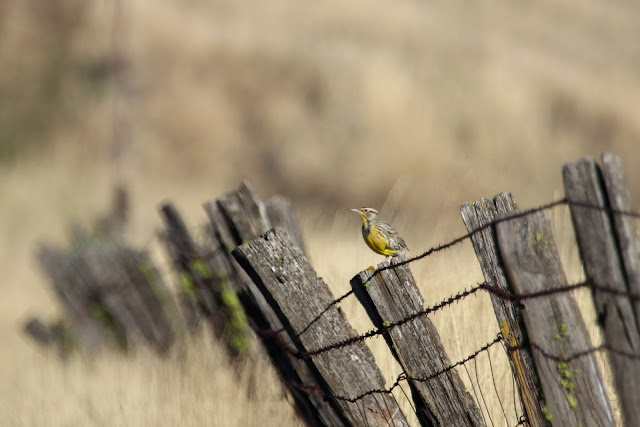 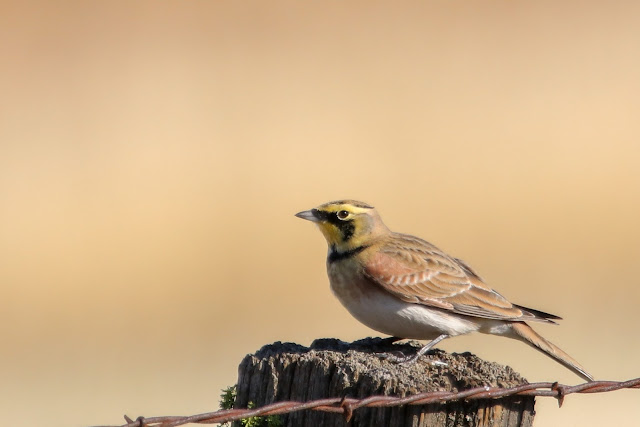 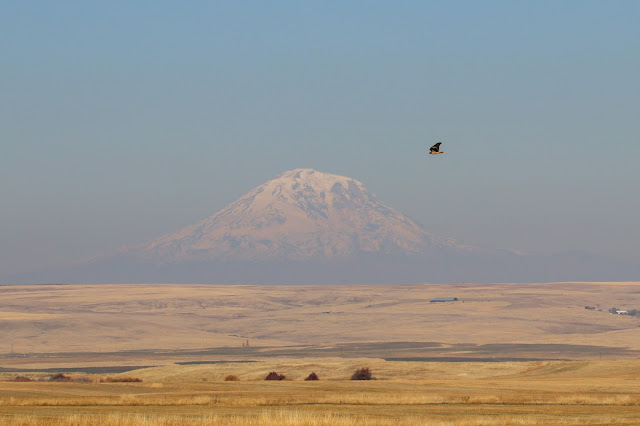 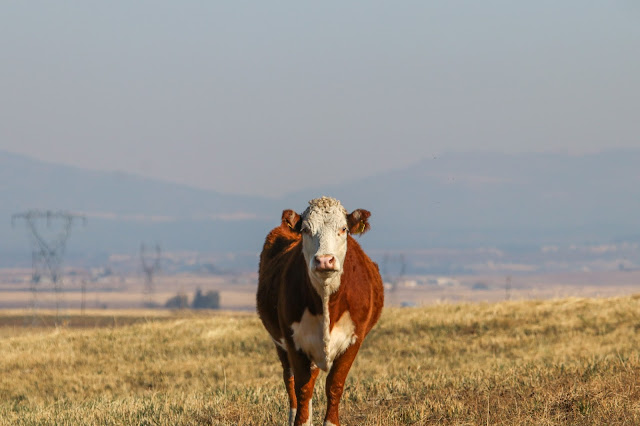 There were far more pipits in these fields than I expected and it seemed like I could always at least hear a couple. 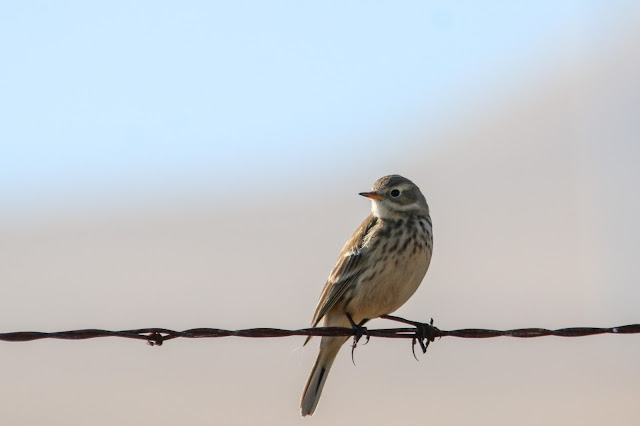 On Rattlesnake Road I found a pull out under some wind turbines where we could get out and pee and all that.  A couple of little lupines were still blooming. 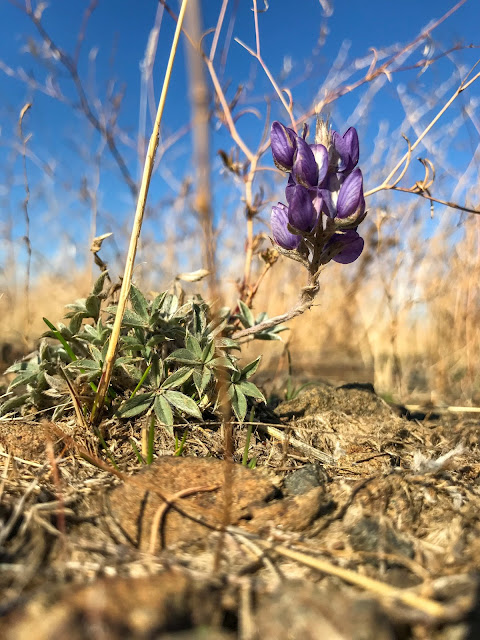 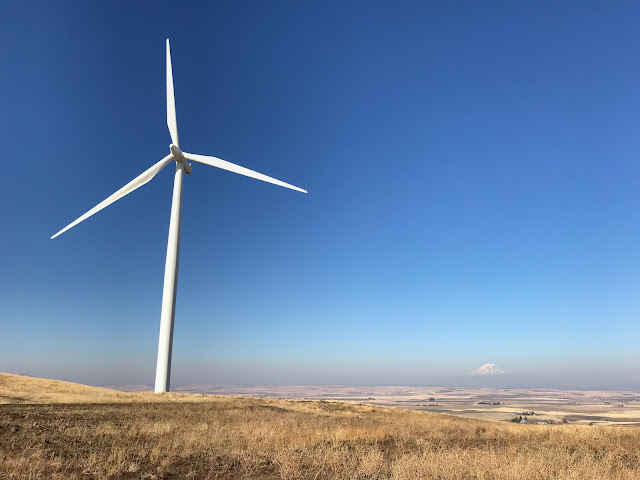 We came down Rattlesnake Road to Dooley Road, and finally to Highway 97 which I took back to 14.  I stopped to check out Avery Park which was boring, but a Sharp-shinned Hawk and a kestrel battling nearby was cool. 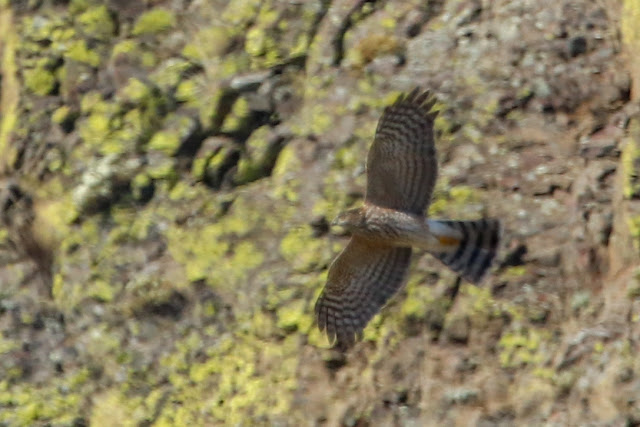 I also got my county Rock Pigeon here so yay.  Our next stop was Columbia Hills State Park for a hike up the Crawford Oaks trail.  It was slow-going, as Jake is not keen on uphill climbs these days. 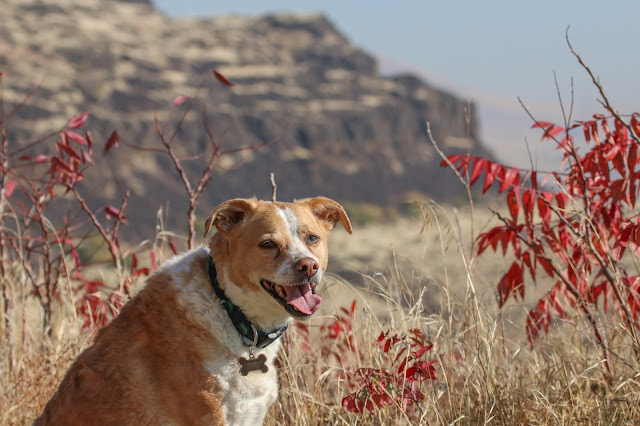 This lovely hot pink penstemon was flowering along the rock wall: 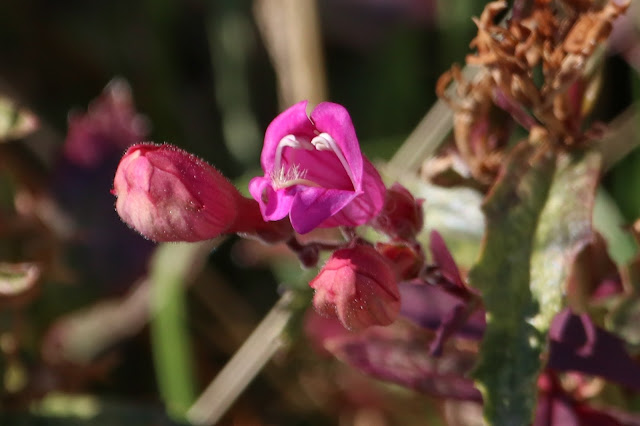 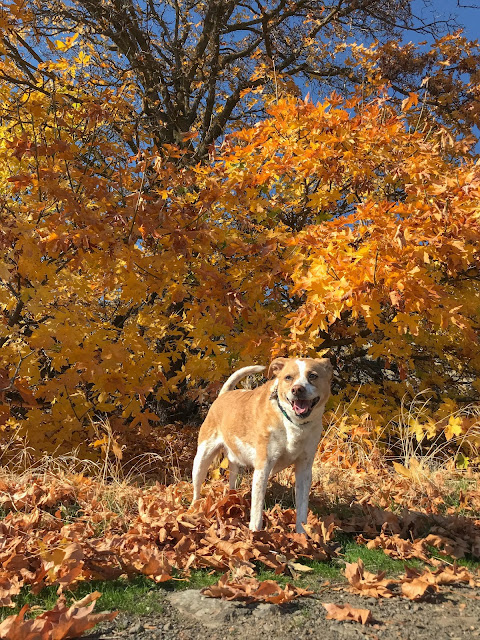 We finished up here and continued back towards home, making only one more stop at the Drano Lake boat ramp.  A raven was perched on the dock. 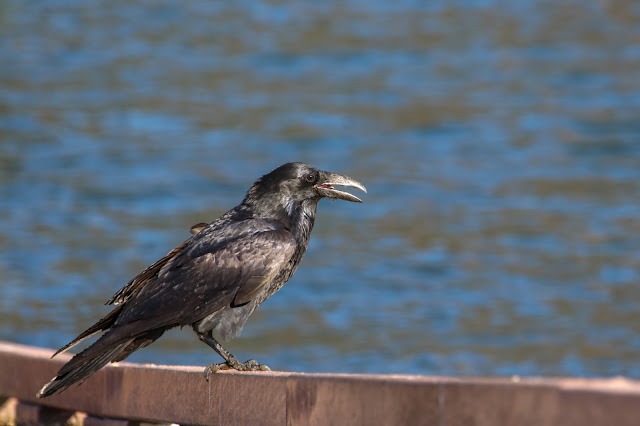 All in all it was a fun day with my little buddy. 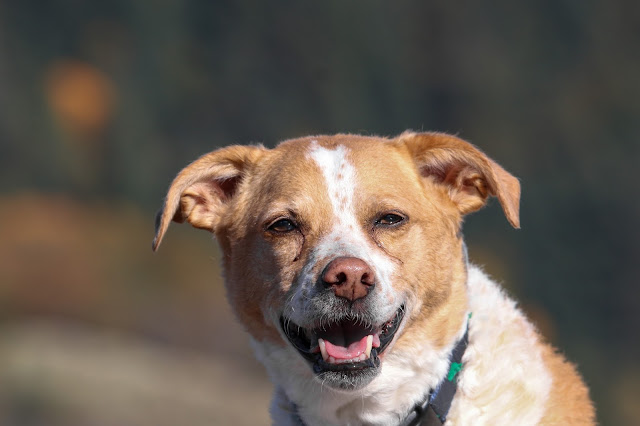