on October 12, 2017
Our second to last day on Cape Cod Jacob and I boarded a Hyannis Whale Watcher boat to hopefully see some pelagic birds.  The guy in charge of the microphone saw us boarding and asked if we were birders.  We said yes, and he chatted about all the birds we could see, and once on the water called out birds we were passing.  He may have called a Cooper's Hawk a Merlin but I was grateful when he called out the only Manx Shearwaters of the trip.

The first awesome birds we came across were Northern Gannets.  We saw dozens if not hundreds during the boat trip. 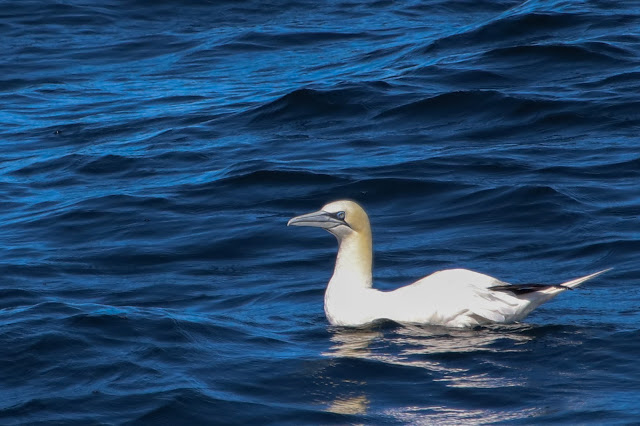 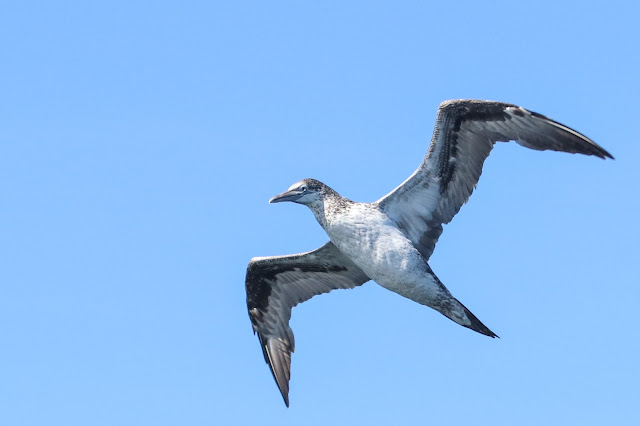 Cory's Shearwaters were by far the most abundant shearwater that day. 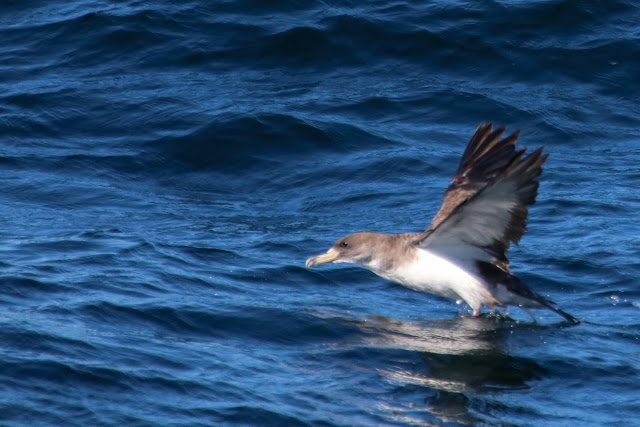 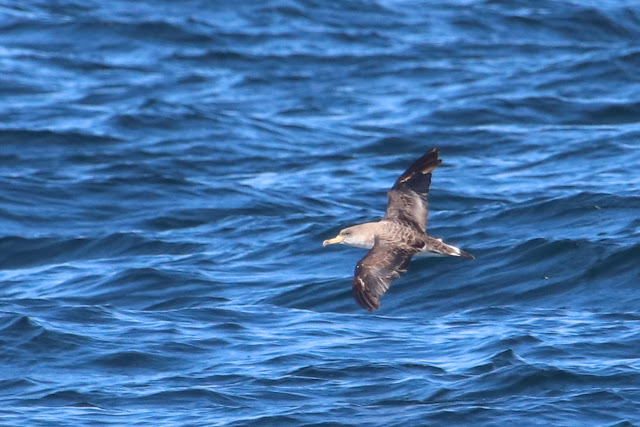 We also had Great Shearwaters, one or two Sootys, and the two Manx already mentioned. 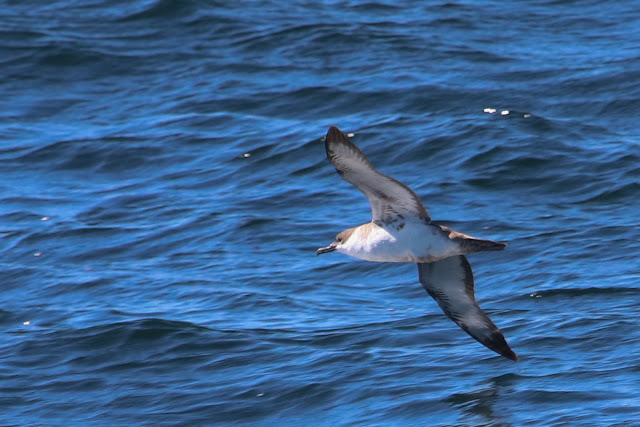 Of course there were jaegers keeping things exciting. 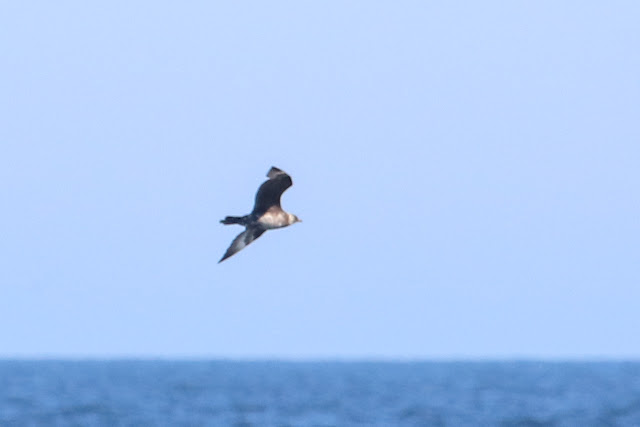 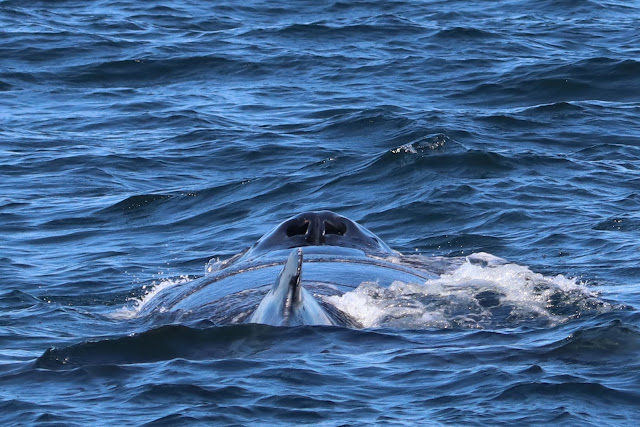 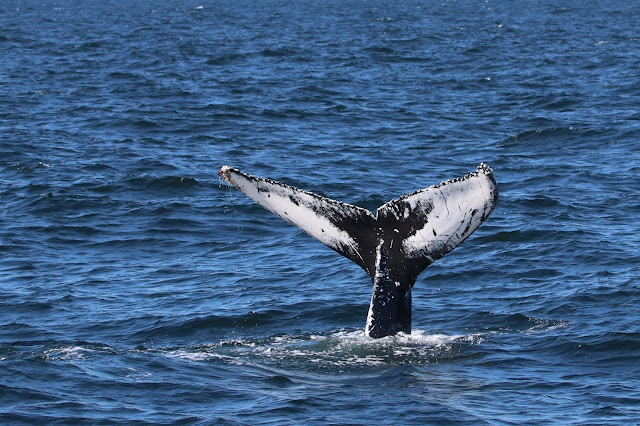 The next morning Jacob and I planned to make it to Highland Light, a lighthouse near the tip of Cape Cod, for the sunrise over the Atlantic Ocean.  Success all around.  When we arrived the harvest moon was setting and the sky was starting to turn brilliant colors. 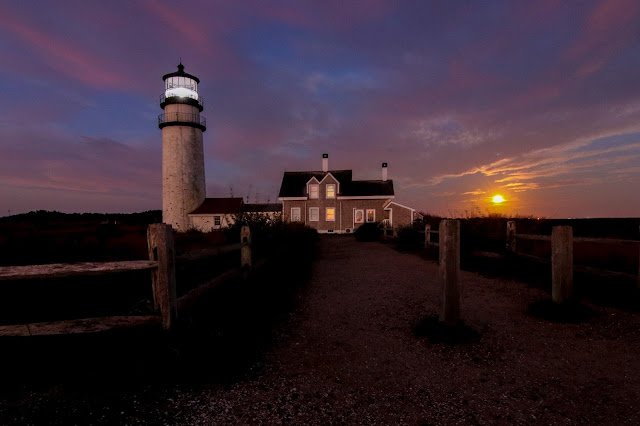 Jacob stayed behind when I walked out towards the beach to see the lighthouse from the angle shown above.   When I returned to where Jacob was set up, I came around the corner and there were twenty more people standing there.  Ugh.  A whole photography class had shown up.  Oh well, there goes the peaceful sunrise.  The dude with the drone didn't help either. 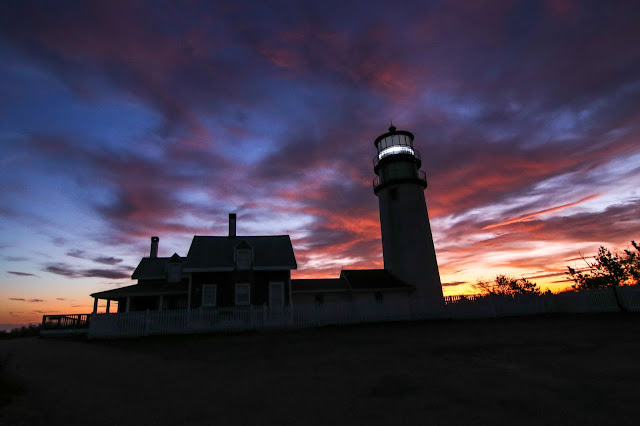 Still beautiful, even with all the people. 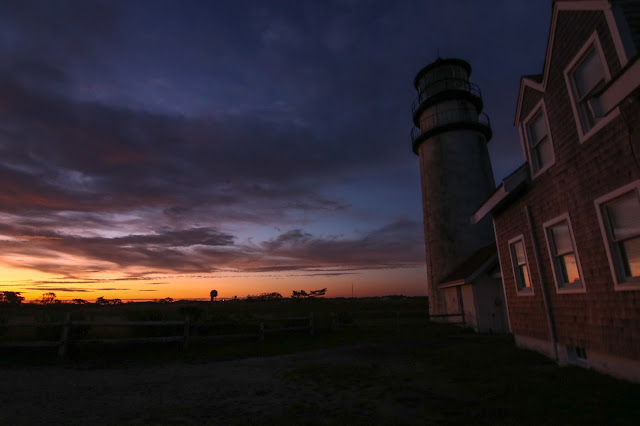 The original plan had been to stick around and bird this area after the sun rose but with all the people and more importantly, all the mosquitoes, we decided to head up to Race Point Beach instead. 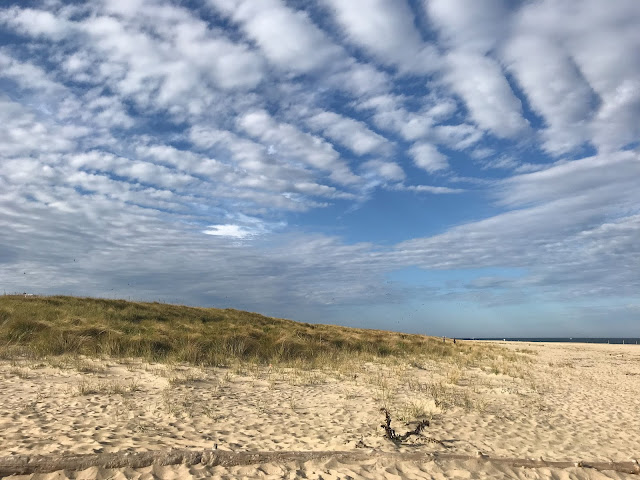 Hundreds of birds were flying over the water, though mostly too far out for decent binocular views.  There were terns by the truckload, plus shearwaters and gulls and at least four jaegers.  On the beach were Sanderlings and more Sanderlings, a few Dunlin and a lone Semipalmated Sandpiper. 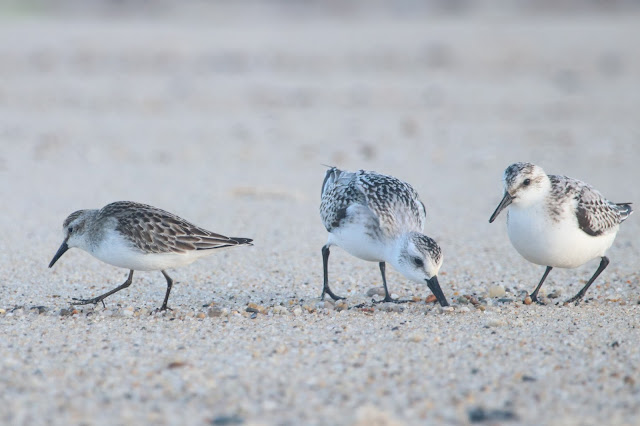 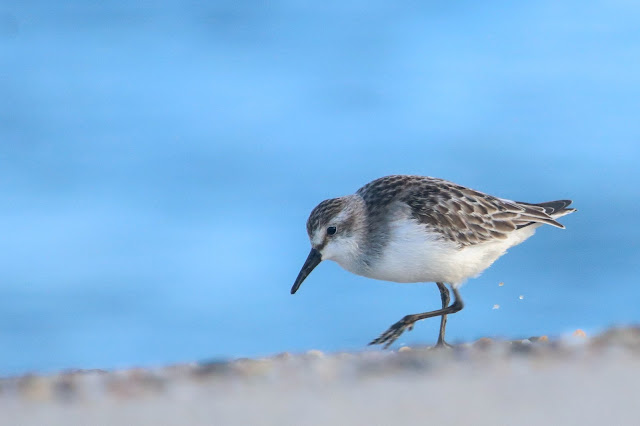 When the terns would occasionally come close-ish to shore we would try get photos to pick out different species.  There were lots of Common and Forster's, though this bird seems to have a bigger bill: 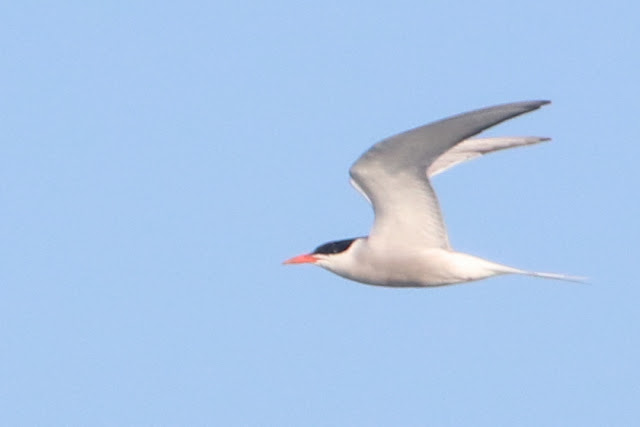 Kind of looks like either a Caspian or a Royal, though either would be rare at this time, so maybe I'm way off.

Then there's this photo, which I think is a Forster's and a Common, but could be wrong. 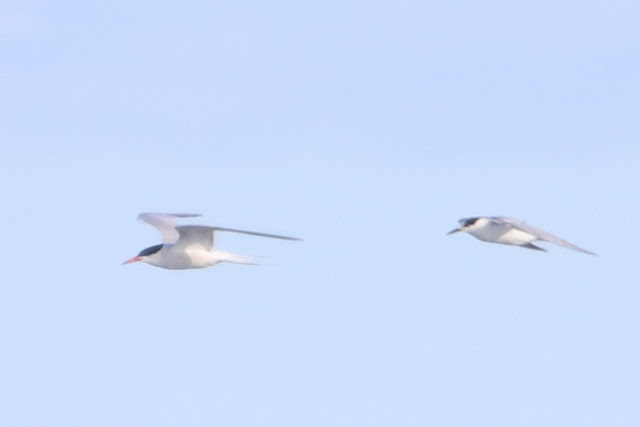 And a Common Tern fishing relatively close in: 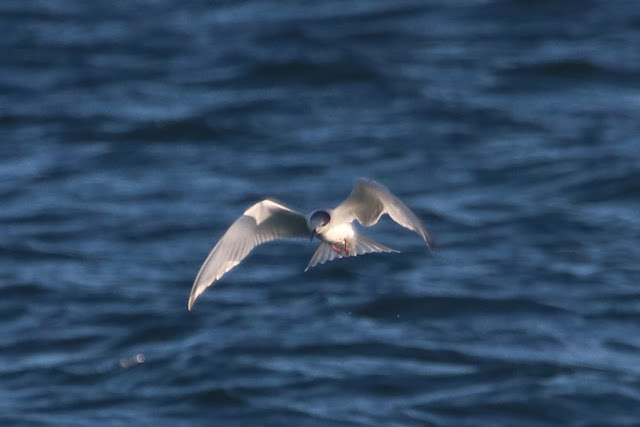 The number of jaegers was impressive.  At any point you could look out and find one tearing things up way out there. 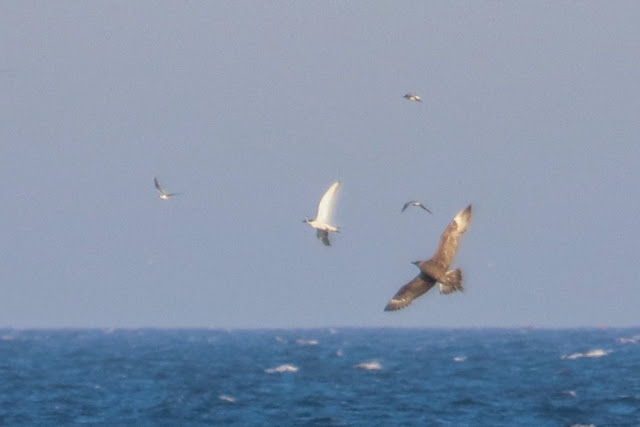 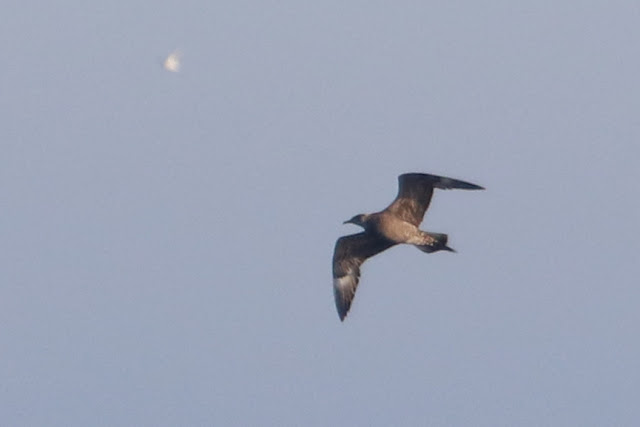 I am guessing they are all Parasitic but my confidence is low in jaeger ID.   Note to self:  more boats.

Hard to identify terns and jaegers are great and all, but the real highlight at Race Point for me were the gray seals.  Lifer mammal! Wikipedia has taught me that their Latin name means "Hooked-nosed sea pig." 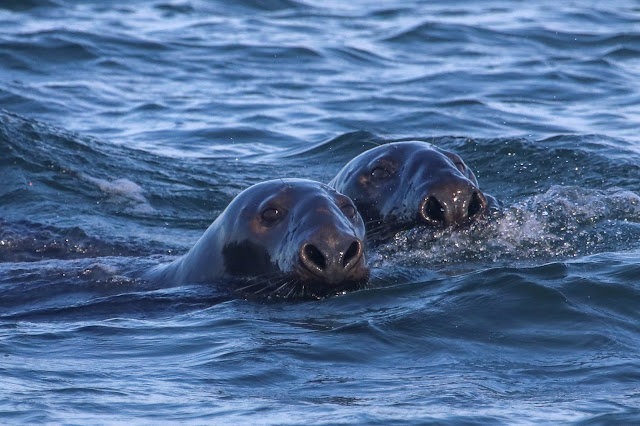 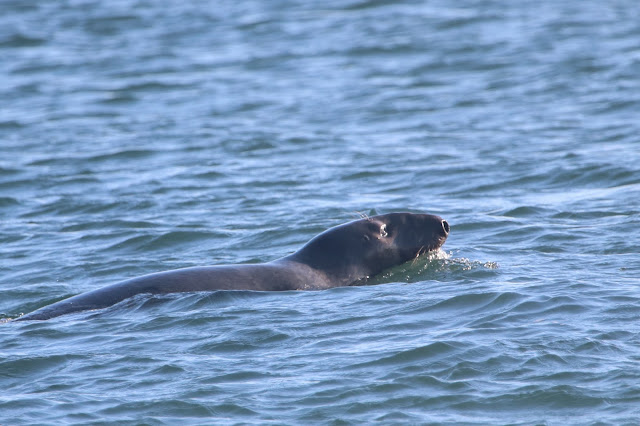 This spot was a good reminder that I can't identify terns for shit, especially when they're far out on the water.  Something to work on.

While we were at my parents' house I set up my camera trap every night to see what I might catch.  I was super psyched to catch a red fox twice, plus a raccoon, skunk, squirrels, chipmunks, and an Eastern Towhee. 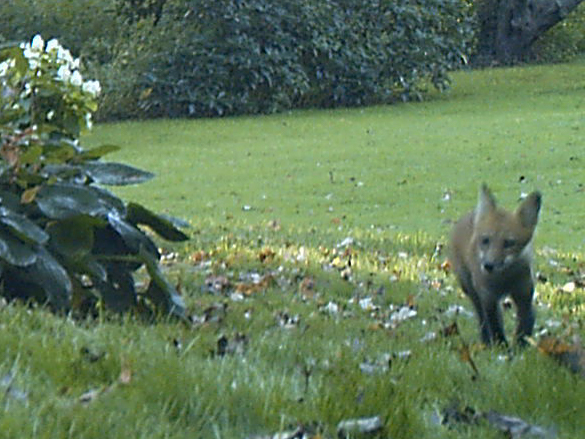 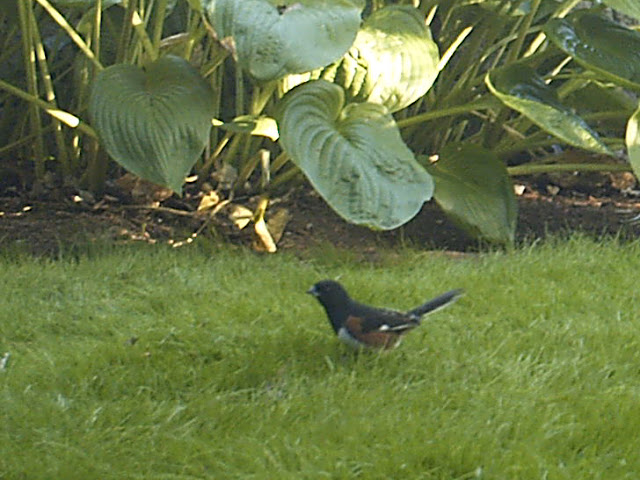 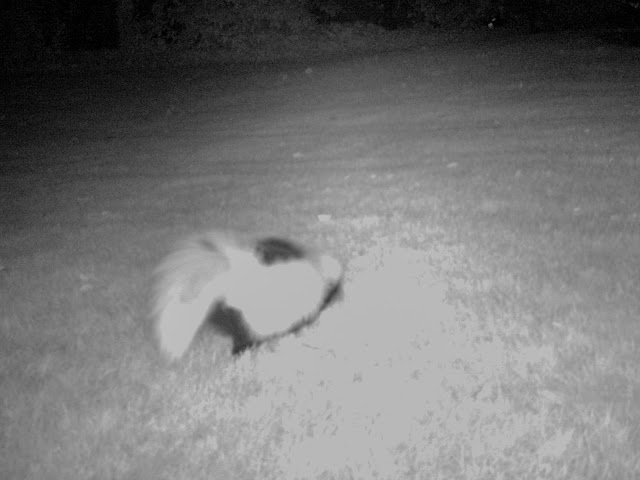 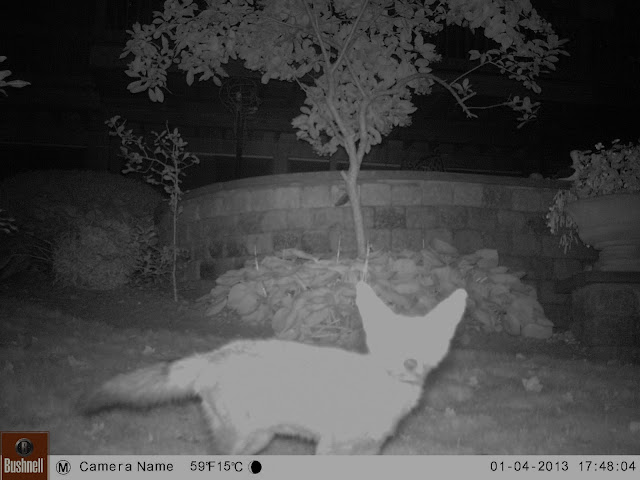