Yesterday Jacob took the day off work since it was going to be super nice outside for the first time in a long time.  We decided to head east on 14 with no real destination, though I never have trouble coming up with places to stop.  After boring Bingen Pond we ended up past Catherine Creek on Balch Road, an area with a winery and a cemetery known for offering up Lewis's and Acorn Woodpeckers.

Immediately I noticed a bird fly into a tree and disappear into a hole.  When it flew out we saw it was a Lewis's and eventually it landed on a branch not too far away, offering the best views I've ever had of this species. 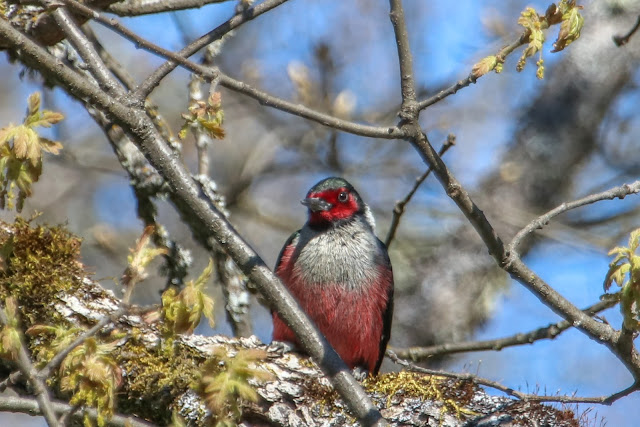 We parked at the cemetery and walked all over the area hearing every variety of tapping and drumming.  Red-breasted Nuthatches were excavating a nest in one tree, a Hairy Woodpecker was pecking on another, and a flicker was drumming on a dead branch. 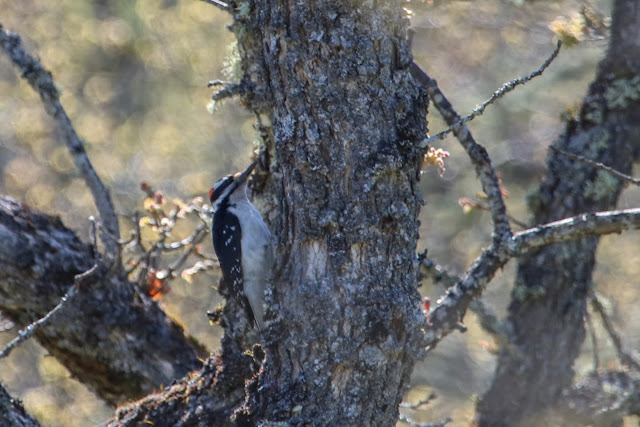 After stopping along Balch Lake for turtles and Osprey, we drove to the end of Balch Road where the Acorn Woodpecker action was located.  No photos.  Then back to 14 where we carried on east to Columbia Hills State Park.  This is a park known for wildflowers so I was psyched to explore it a bit, starting with Dalles Mountain Road.  First off, a giant clover caught my attention and I took off up the rocky slope to take a phone pic.  Then Jacob yelled "Golden Eagle!" so I turned to take a cell phone video of it flying right towards us.


Later we stopped on the way out so I could take some macro photos of the same flower, which I learned was big headed clover (Trifolium macrocephalum).  I am a big fan. 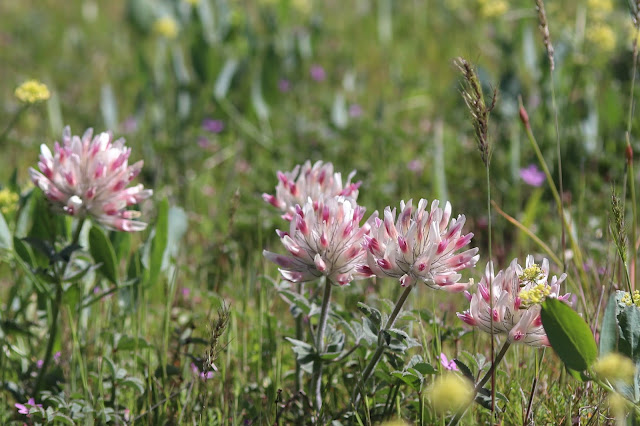 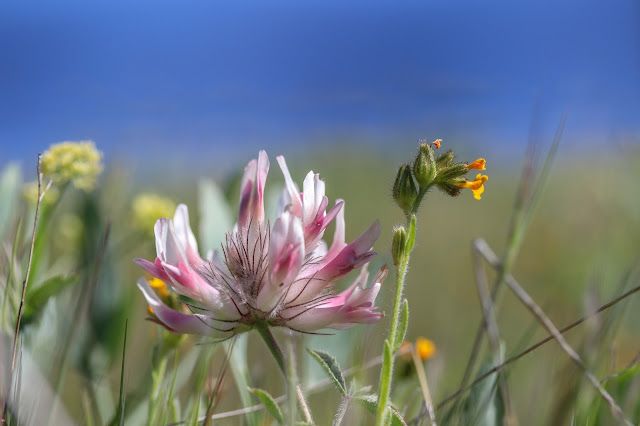 With some fiddleneck, I think

We drove on up the road and took a random turn up a really terrible dirt road and stopped where another car had parked.  It kind of looked like a trail so we took it.  A Golden Eagle appeared in front of a cloud-covered Mount Hood, perhaps the same one as earlier. 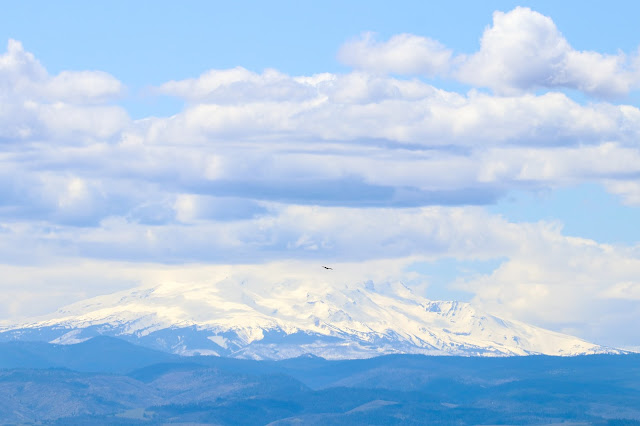 The oaks on the trail were hosting tons of yellow-rumpeds but also a couple of Western Bluebirds, a Ruby-crowned Kinglet, and a Chipping Sparrow. 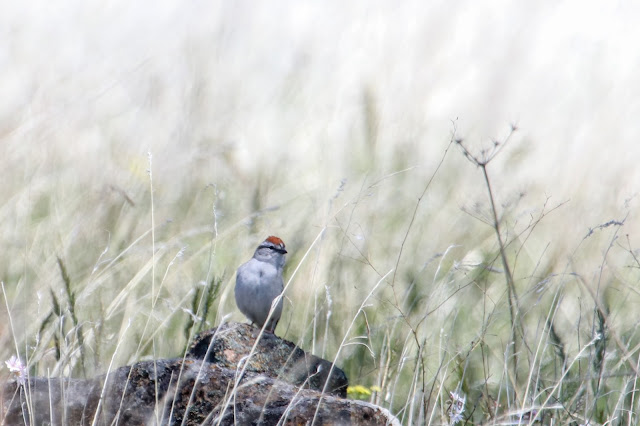 The trail passed a tiny creek and this area was packed with small interesting critters from bees to butterflies to frogs to lizards.  Water seeping through the gravel trail was packed with what looked like mason bees. 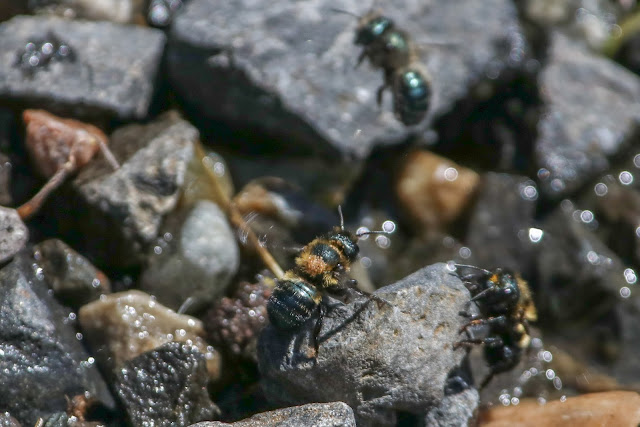 I just noticed in my photos that several of them had mites on their backs. 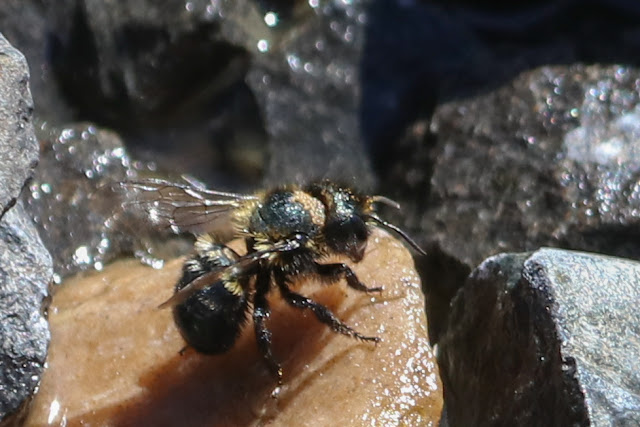 There was regular tree frog at the creek, as well as the biggest tree frog either of us had ever seen. 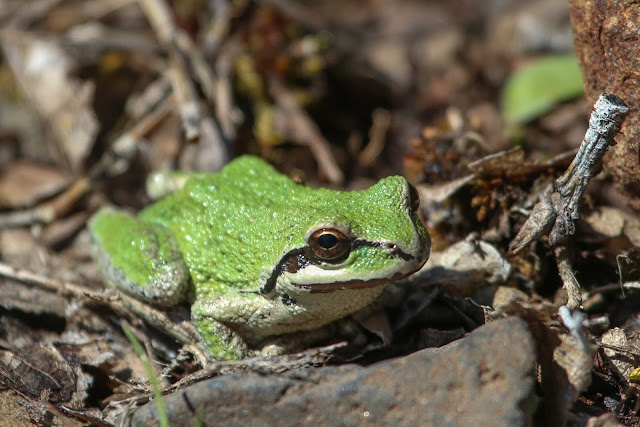 There's no good size reference in this photo but it was two to three times the size of the other tree frog we saw. 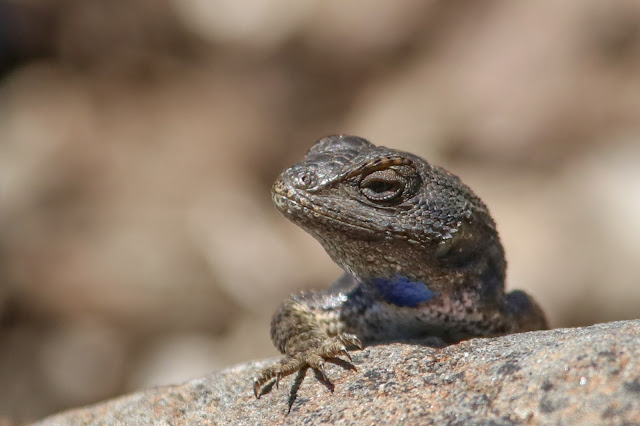 On our walk back to the car a female Western Bluebird flew by us and into a likely nest cavity, from which she studied us for a moment. 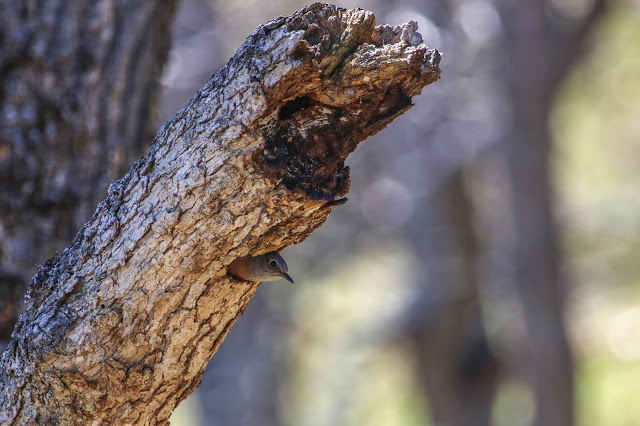 We drove back down the sketchy dirt road past amazing fields of balsamroot, stopped for the clover, then carried on till I heard a Canyon Wren singing.  It turned out to be a pair of wrens busy with singing, collecting nesting material, and hopping around on the cliff walls. 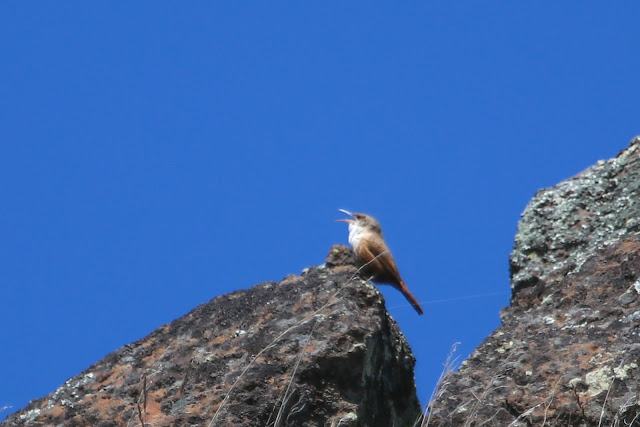 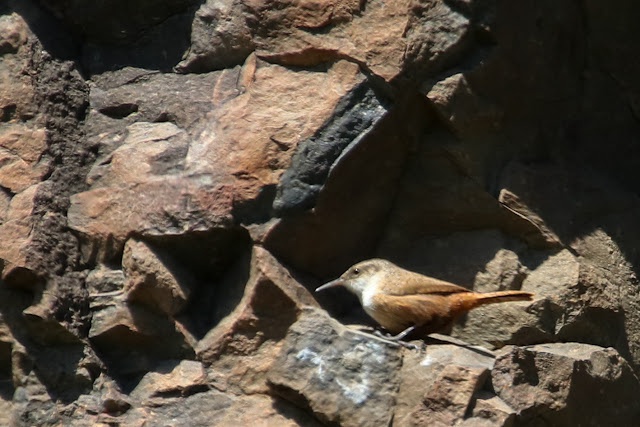 That was the last interesting bird of the day.  It was very fun little adventure into Klickitat County with amazingly no ticks found (yet).

P.S.  Have you checked out that Barred Owl nest cam yet?  The owlets are getting big and even more silly looking, as seen last night: 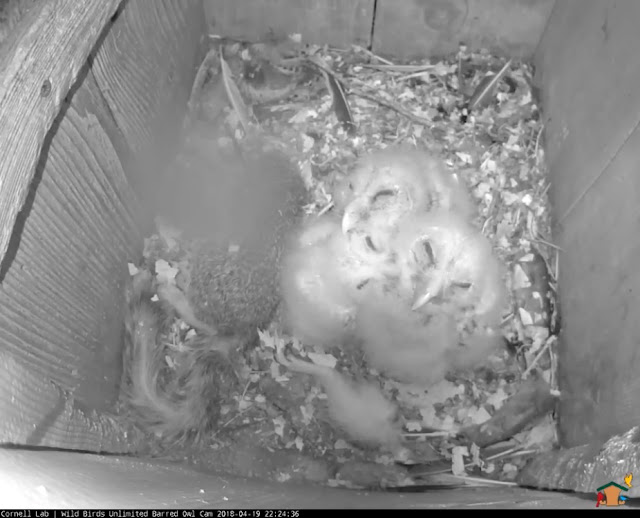