Spring is all about year birds, and they are coming fast and furious lately.  No time to chat, let's dive right in. 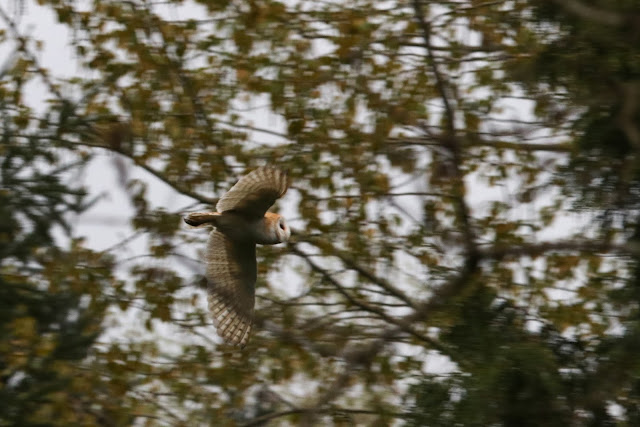 Not a year bird

Jacob and I went owling in my old 5MR a couple weeks ago and he showed me where he had seen a Barred Owl roosting earlier in the spring.  A Barn Owl flew out of the roost.  What?  Weird.  We had Great Horneds hooting that night but no saw-whet as we had hoped for.  Walking back to the car we had a striped skunk (life mammal for both of us!) creeping around. 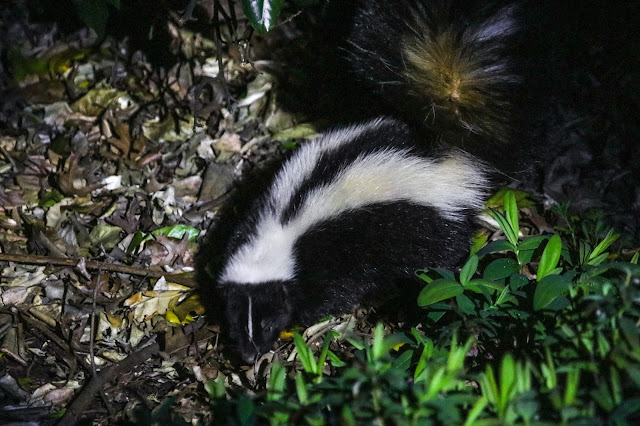 It's initial reaction was to walk away from us, but soon decided we were not a threat and went about its skunk business.


The Vancouver Lake area continues to hand out county birds, like this Bonaparte's Gull that Jim Danzenbaker found one morning: 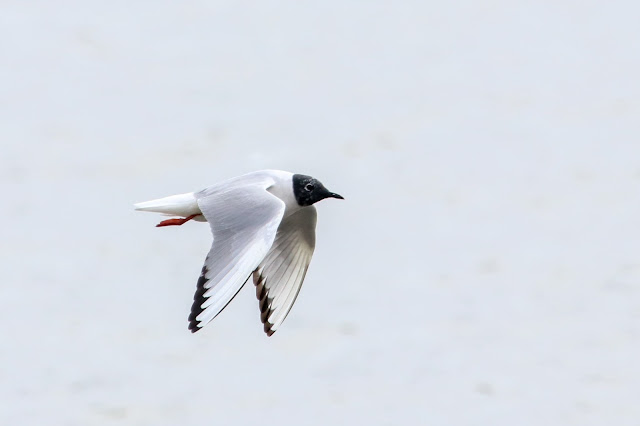 After that success I went over to Shillapoo Lake and lucked into some flyover Black-bellied Plovers, another county bird. 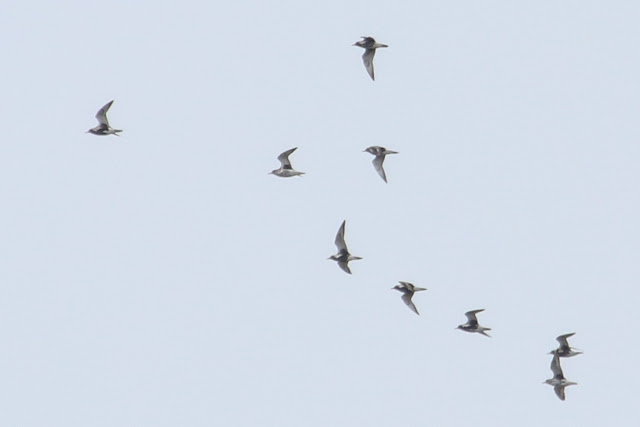 Jacob and I invested in a couple of kayaks this month and our first outing was on Vancouver Lake.  We checked out some back corners you can't see from any public access point where a big grebe flock was hiding.  Three Clark's Grebes in the mix! 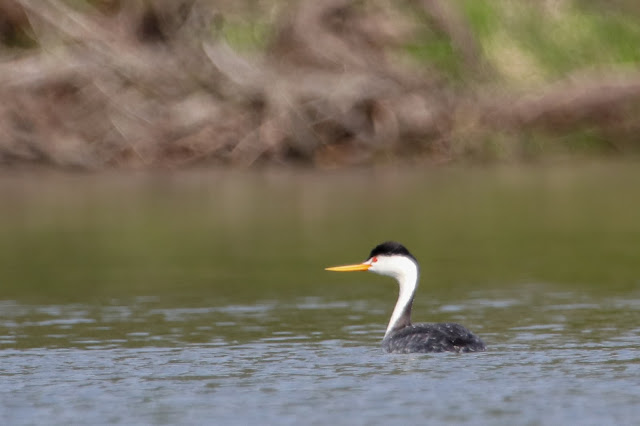 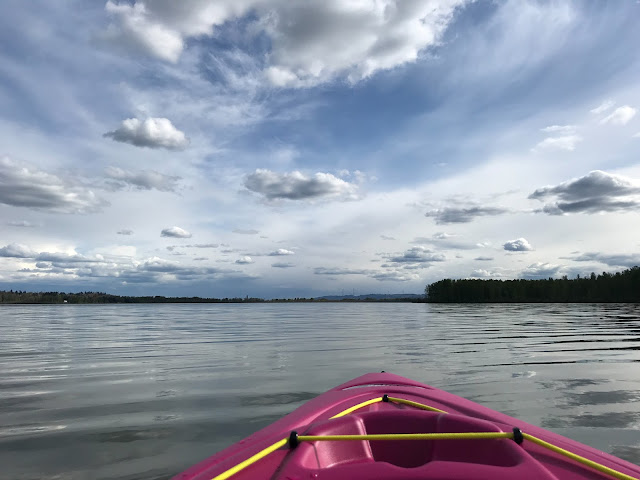 Classic "I'm on a kayak" photo.

Last weekend Jacob, Matthew and I went out to Steigerwald Lake NWR so Matthew could get some more photos taken for the youth photo contest they have every year.  This year they changed the rules about the age limit because he entered last year and would have placed but he was technically too young.  He got some particularly awesome photos when this Pileated Woodpecker flew to a tree like ten feet away from him. 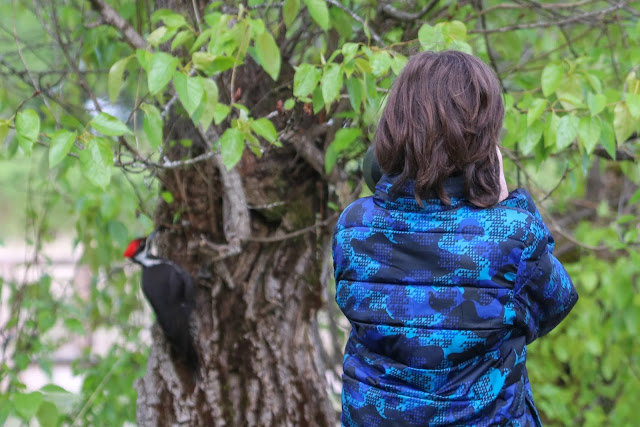 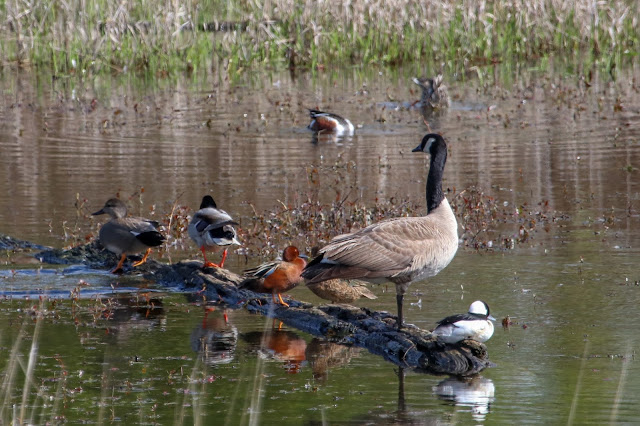 Our second kayak outing was in Ridgefield, using the boat launch at the end of Division Street on Lake River.  Lake River from this point heads south and under the bridge you drive over to get to the auto tour of Ridgefield NWR, or heads north to the Columbia where there's a view of Warrior Rock Lighthouse on Sauvie Island.  A third option is to head north but turn left and south on Bachelor Slough before hitting the Columbia.  This is the area we explored. 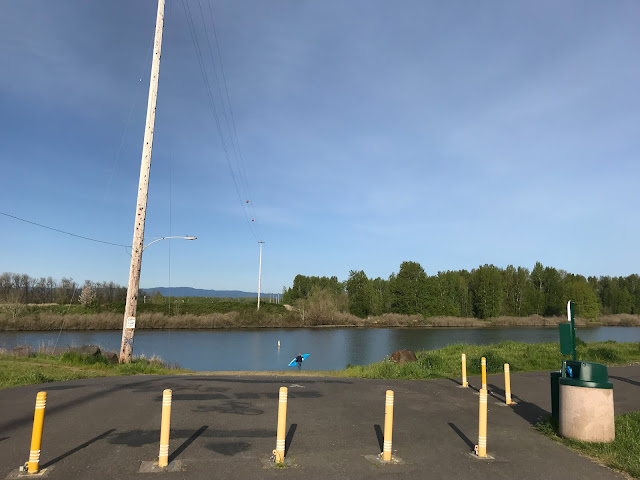 On the river there are tons of pilings with creatively made swallow houses. 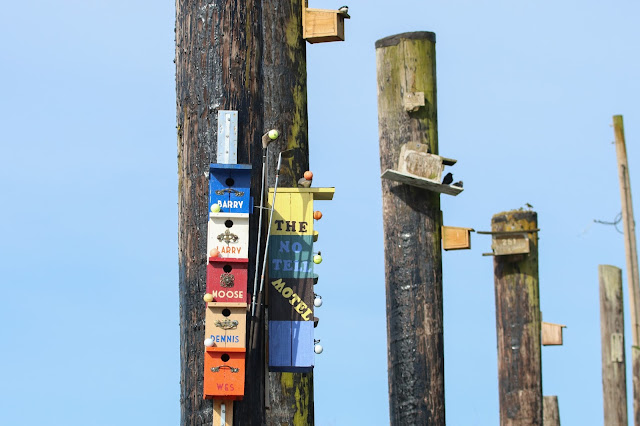 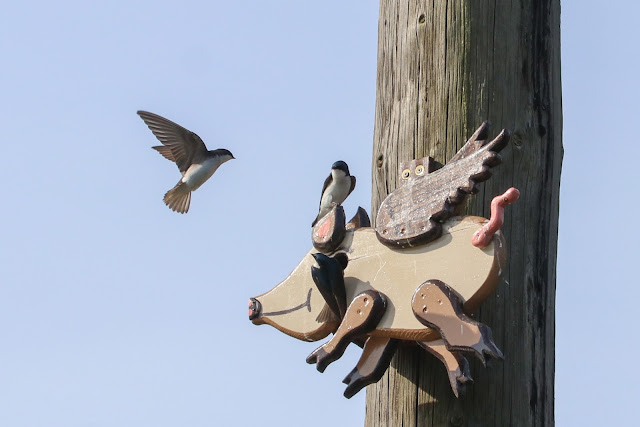 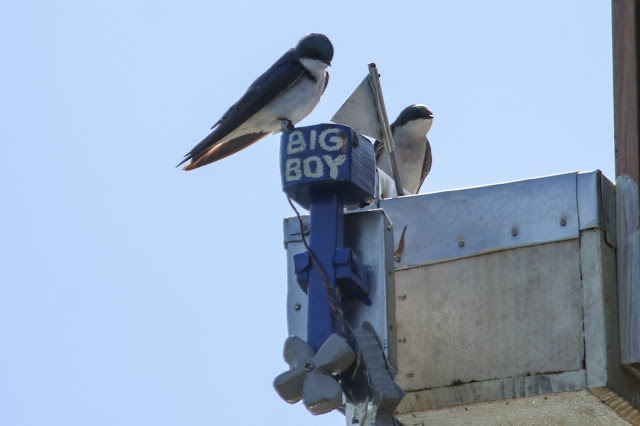 One of the highlights this day was all the Northern Rough-winged Swallows staking out territory around holes in the riverbank.  I can't recall ever seeing one of their nest holes before. 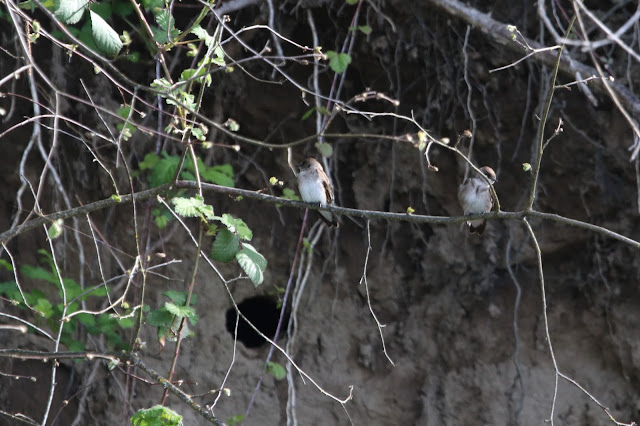 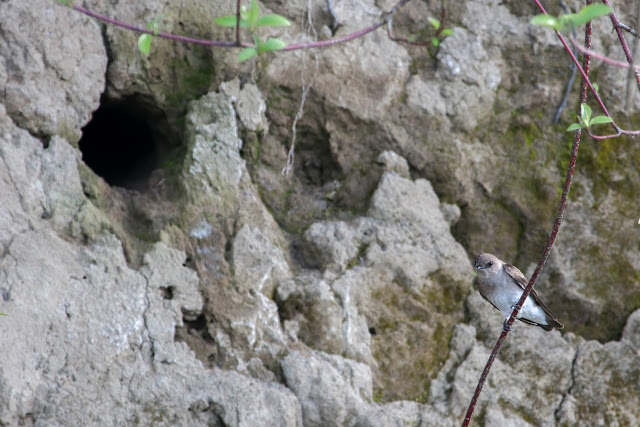 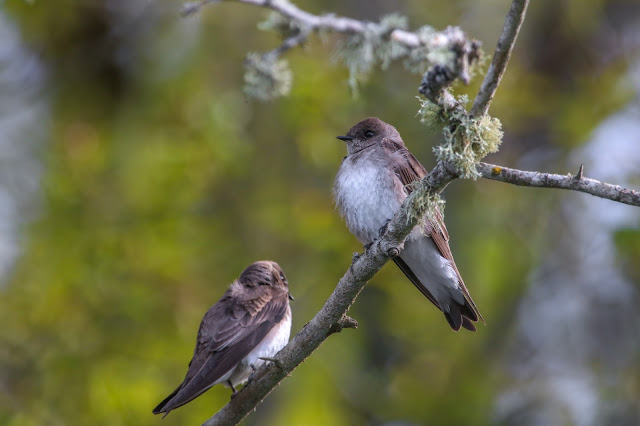 We also had a sea lion and a beaver on this trip, which was pretty awesome.

I had been excited to visit my patch, Meadowbrook Marsh, for some migrant-hunting. 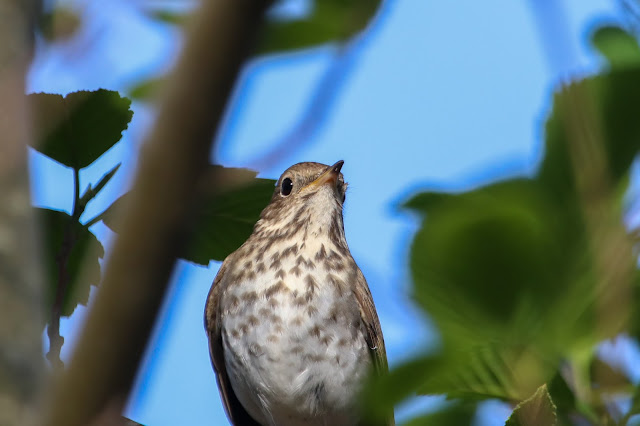 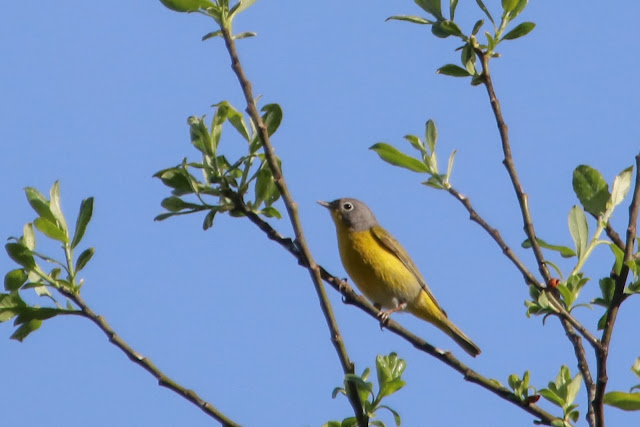 And best of all, my FOY empid sp! 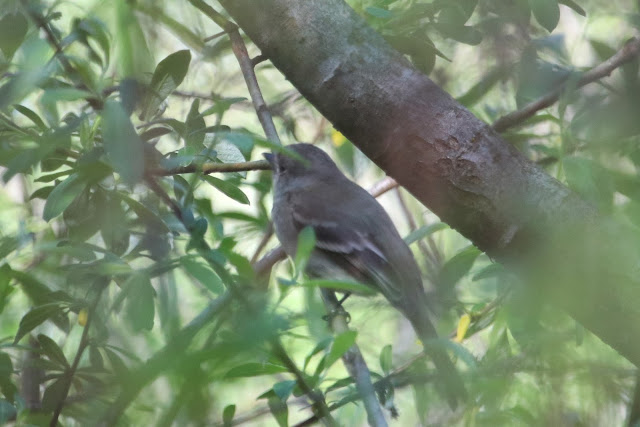 Brief views through a million branches

A few things from Ridgefield: 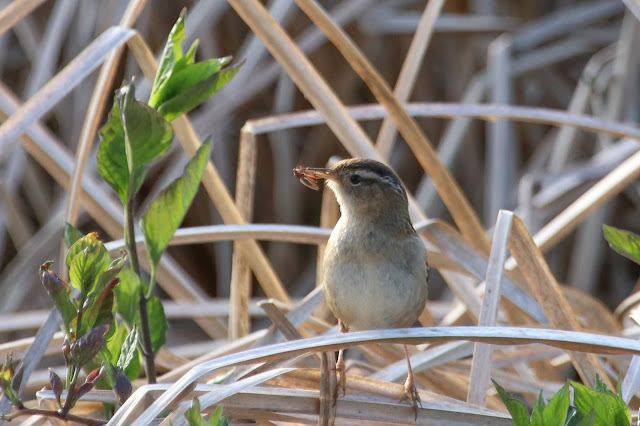 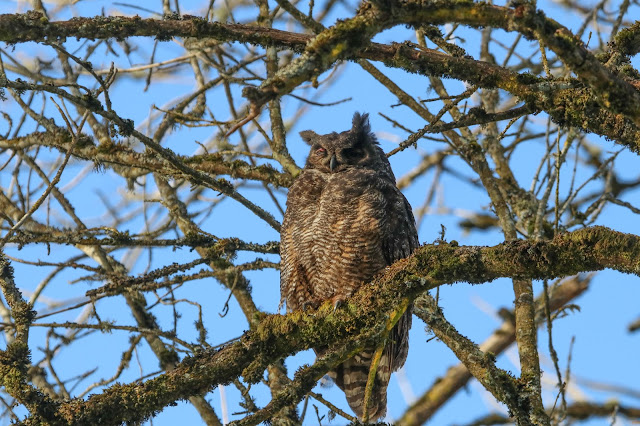 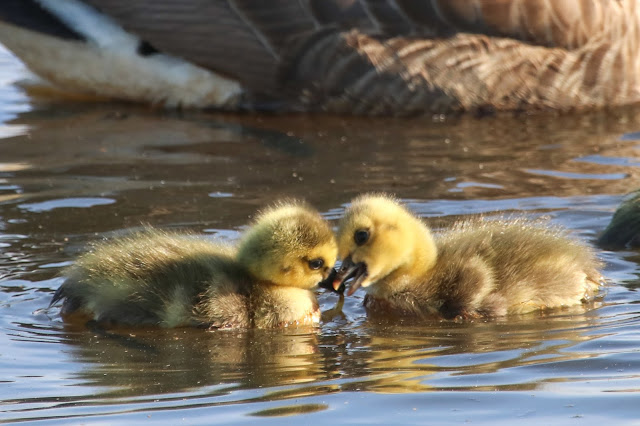 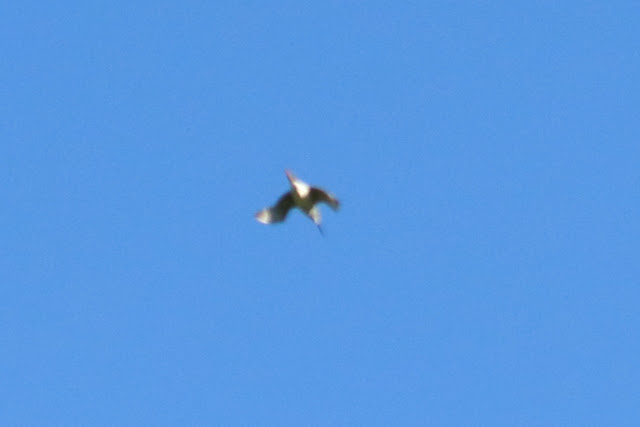 Finally, last week I went out to the gorge to hike up to Mitchell Point, all because I saw someone's Instagram post of fairy slipper orchids there.  It's only 1.3 miles to the top though it's all uphill.  I found the orchids easily which made me very happy. 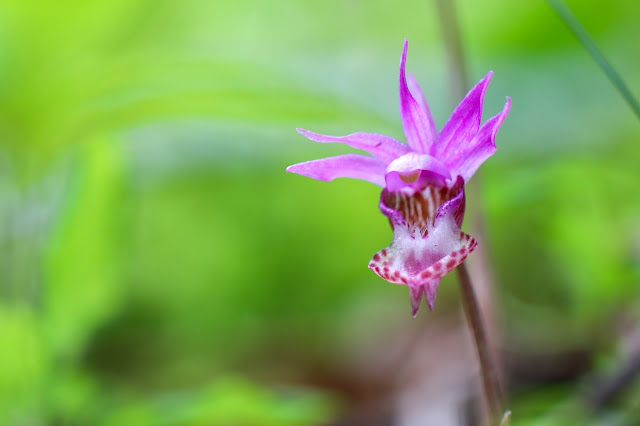 I was so pleased I almost turned around before going to the summit, then thought I ought to at least check out the view. 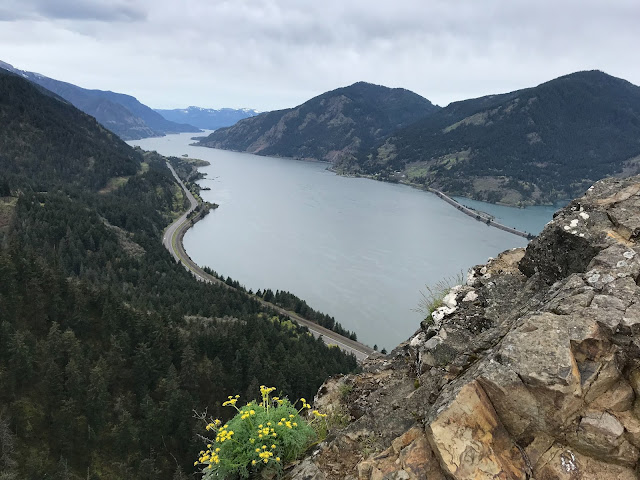 I was very glad I chose to visit the top because then I saw a few birds flying around just below me.  Freakin Gray-crowned Rosy-Finches!  All I had was a macro lens, so I did some bad phone/binocular photos to document them. 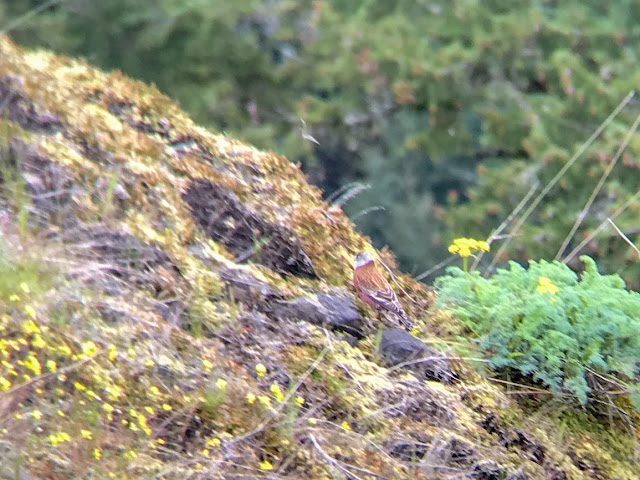 A very good bird for this location!