Local birding has been solid lately despite the mostly bleh weather.  I recently went out to the Vancouver Lake area to check for some reported birds, starting with a Ross's Goose.  Big flocks of Cackling Geese and Sandhill Cranes were occupying the fields along Lower River Road and quickly I found a white dot. 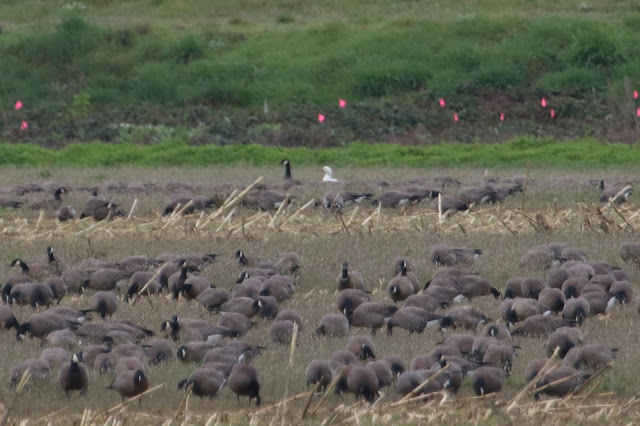 Along the bike path was a dead Sandhill Crane, the second dead one I've seen in almost the exact same spot.  I'm guessing it hit the powerlines. 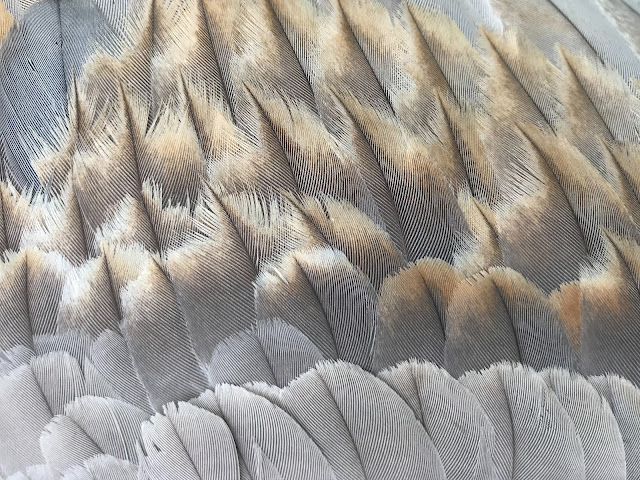 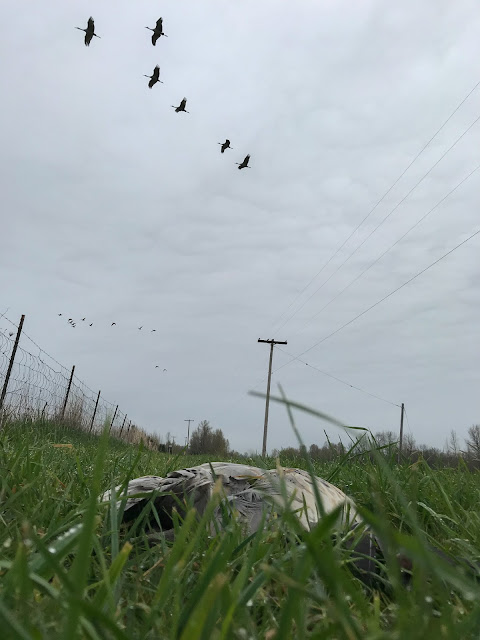 Next I drove down to the end of the road to look for Great Horned Owls "Nesting in open on goose nesting platform!!! Photos."  No photos were ever added to that checklist, and I never found an owl on a platform. 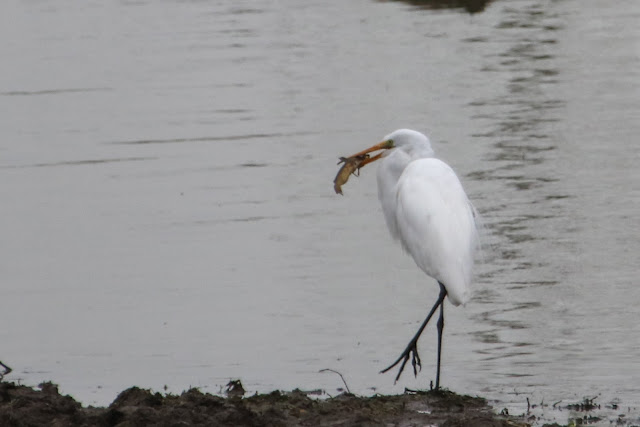 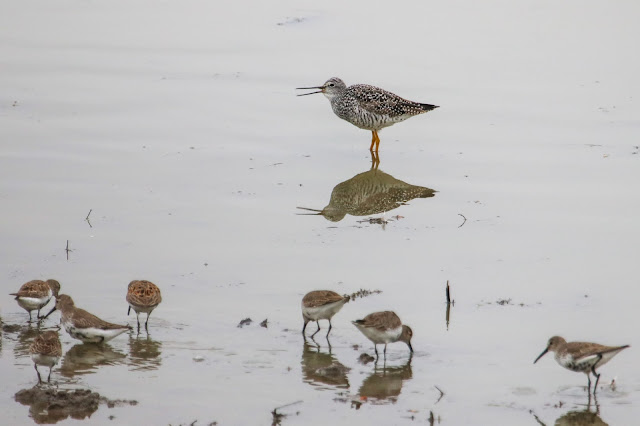 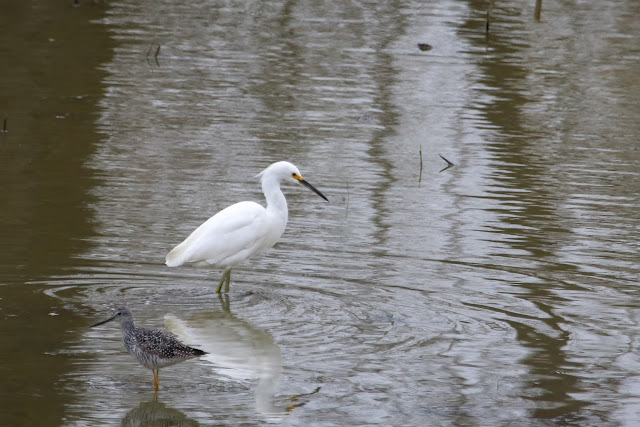 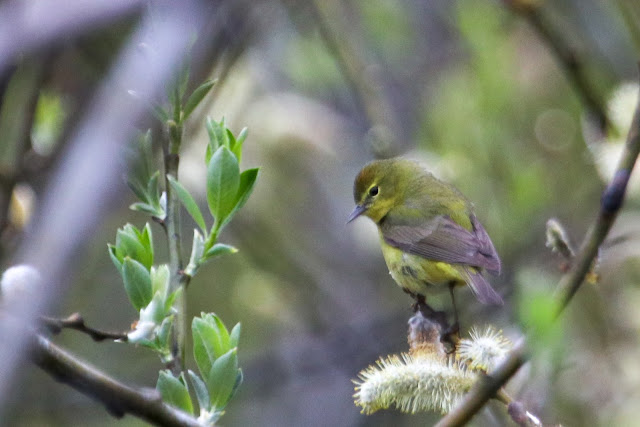 Orange-crowned with an orange crown!

After that I did another drive by the goose area and found the fields nearly empty, though a few geese could be seen poking out of the grass rather close to the pullout I used earlier.  Somehow the Ross's had ended up with these other geese and was now much easier to view.  Okay. 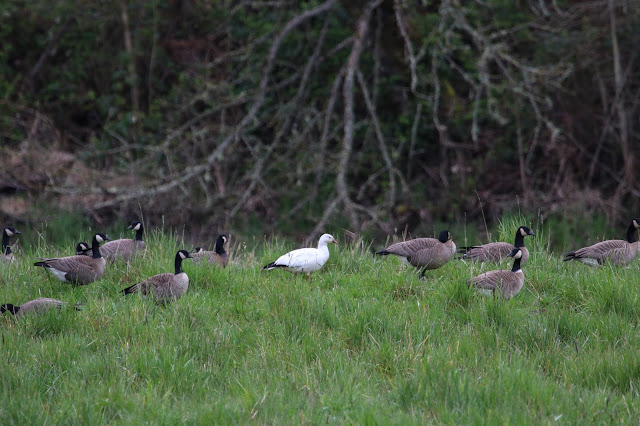 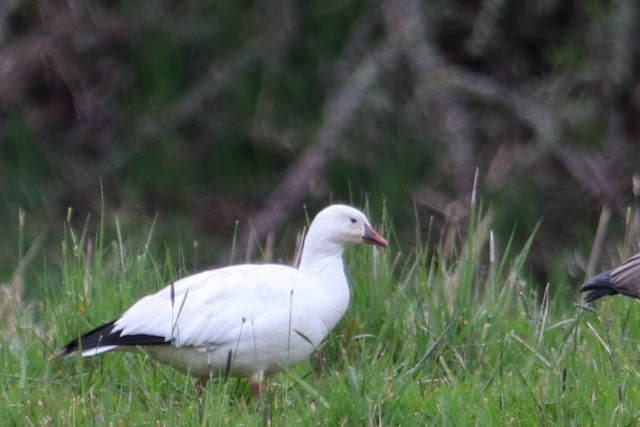 After that I checked out Vancouver Lake briefly then headed up the road to Shillapoo Lake.  I almost didn't get out of the car because I knew there were birders down there, and my birder-avoidance instincts were kicking in.  Then I received a text from one of the birders that they had found a Baird's Sandpiper.  Fine.

The first thing I did as I walked out towards the birders was flush an American Bittern less than ten feet from me.  Good start.  Then I started hearing a couple of Yellow-headed Blackbirds who make one of the more ridiculous sounds in the bird world. 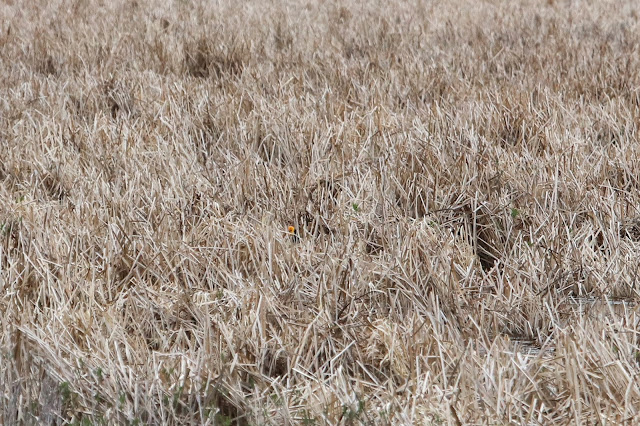 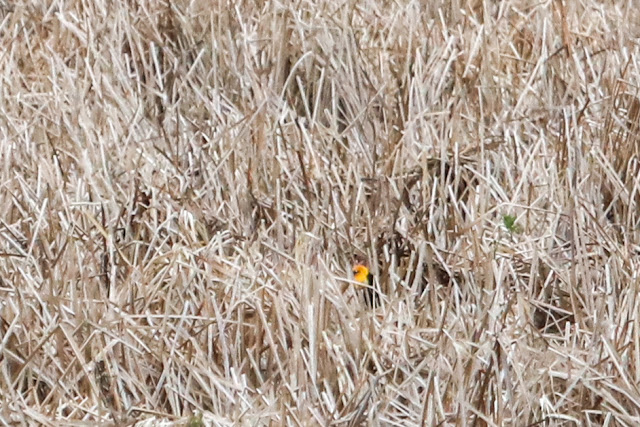 Ok, it was pretty far away.  I continued on, scanning the flooded field for shorebirds, finding mostly more yellowlegs and Dunlin.   Eventually I caught up to the other birders who kindly helped me relocate their Baird's. 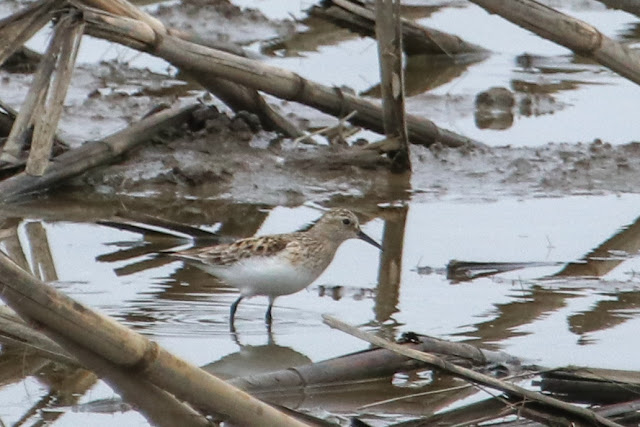 This is only the second spring Baird's in eBird in the county, which is nifty.  I don't see any Multnomah spring birds either.  Quality shorebird!

Now, for some other local birds.  The feeders have been packed with Pine Siskins lately but I'm hoping they plan to move uphill soon.  Jacob and I went to look for a reported Black Phoebe in La Center last week and had two large flocks of 85-100 siskins. 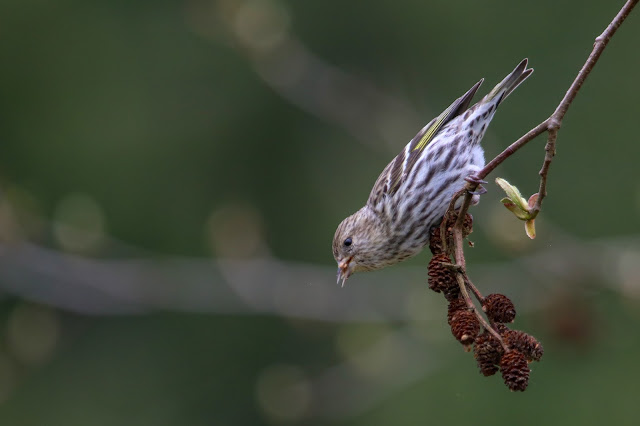 We never found the phoebe but were pretty happy with the birding around La Center Bottoms.   Another day we went up to Larch Mountain so Jacob could get his county Northern Pgymy-Owl. Success!  And snow.  We got a little lost on our way down the mountain but ended up in familiar Yacolt where we both picked up our county Evening Grosbeaks. 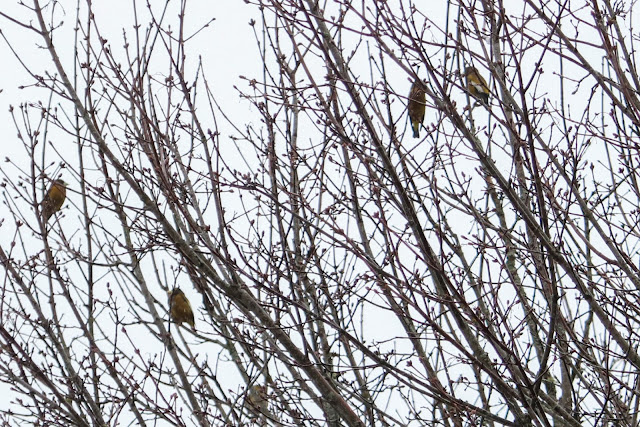 Mid-March was a good time for visiting Steigerwald Lake NWR.  I took Rexi for a walk along the dike trail there one morning and found 4-5 Say's Phoebes plus a male Mountain Bluebird.  This is somewhat normal for that spot but only for a short time frame each spring. 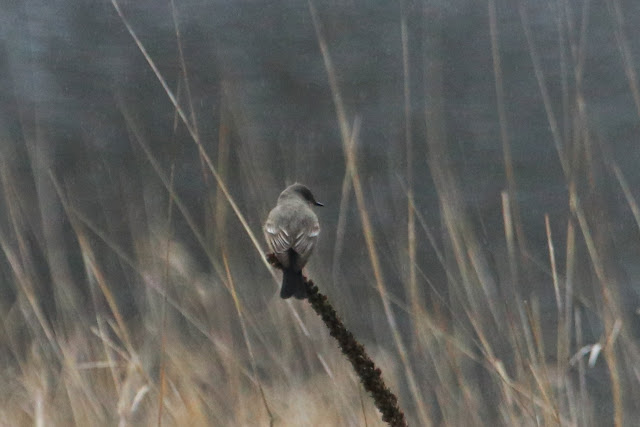 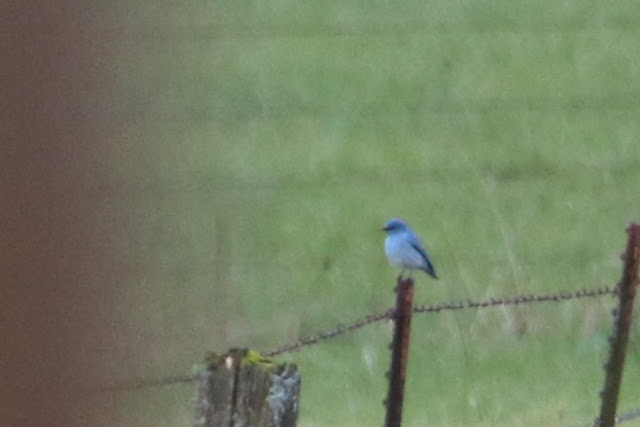 A couple of kestrels were a bit more available for photos. 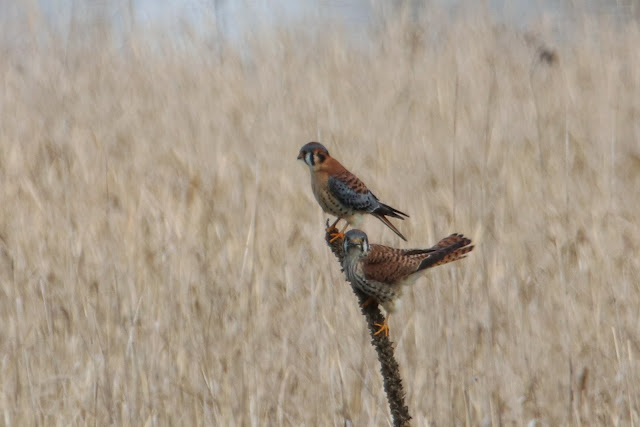 And of course, when in doubt, take photos of the dog. 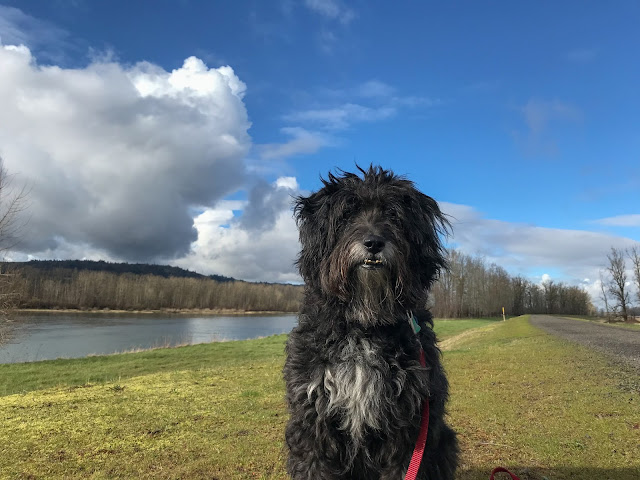