on May 02, 2018
Recently Jacob and I planned a big day trip to Yakima County in central Washington to visit Toppenish NWR so Jacob could finally see some stilts and I could get some state birds.  It was great though the ridiculous number of ticks will be as memorable as the birds. 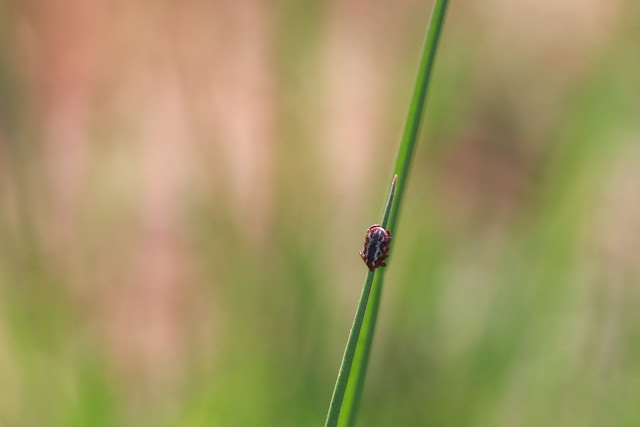 We brushed off dozens of these buggers in the field but continued to find them in our clothes, in my hair, and in the car for days afterward.  Thankfully Lyme disease is not a big concern out there, but still, ticks are gnarly.

But there were birds!  We started off the day driving past the headquarters along Pumphouse Road to Old Goldendale Road and Lateral 'C' Road.  Jacob lifered on Black-necked Stilts just as he was supposed to last year at Summer Lake. 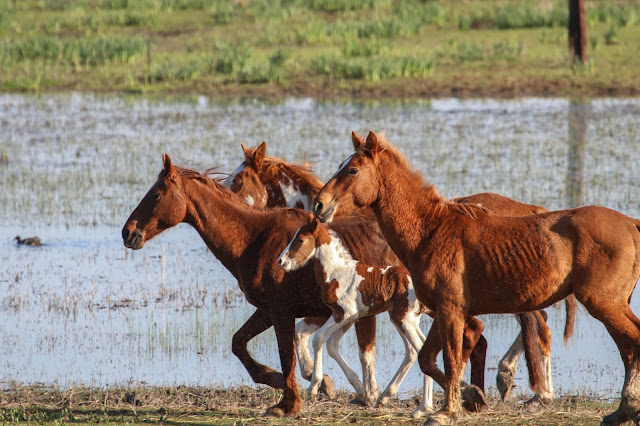 Oh right, then some horses cruised through blocking the stilt view.  It's cool, we had better views later. 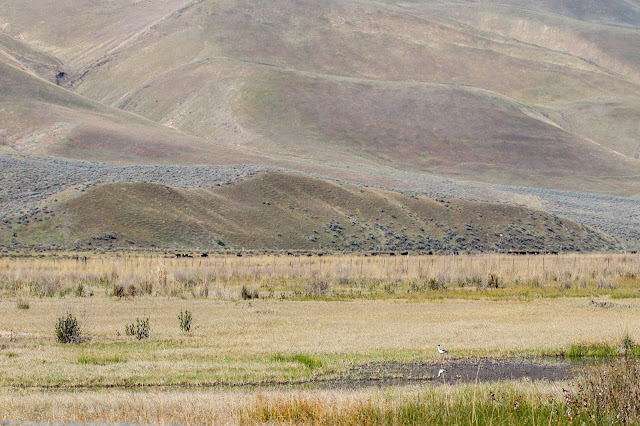 Stilt with a view

A male Northern Harrier was around the whole time we were there, briefly pausing on a fence post. 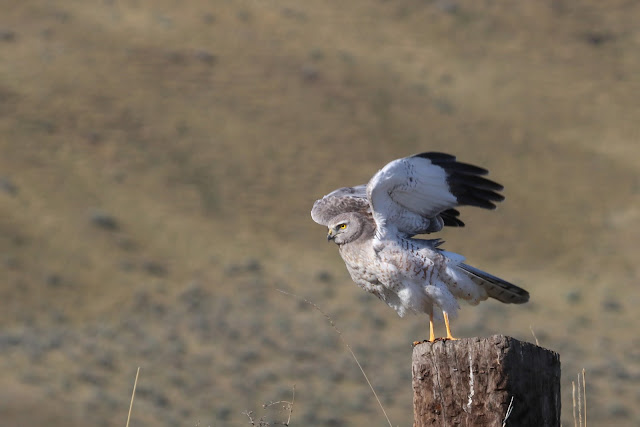 Wilson's Snipes do not pause briefly on fence posts.  They pause for long whiles. 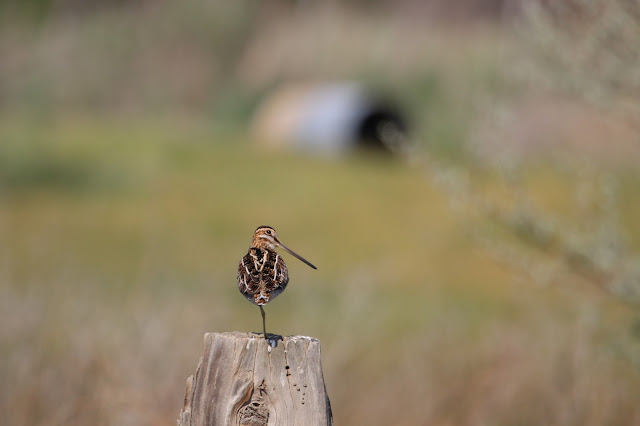 We walked around this abandoned house and found some shot-up coyotes that had been weirdly posed together on the ground.  Ugh. 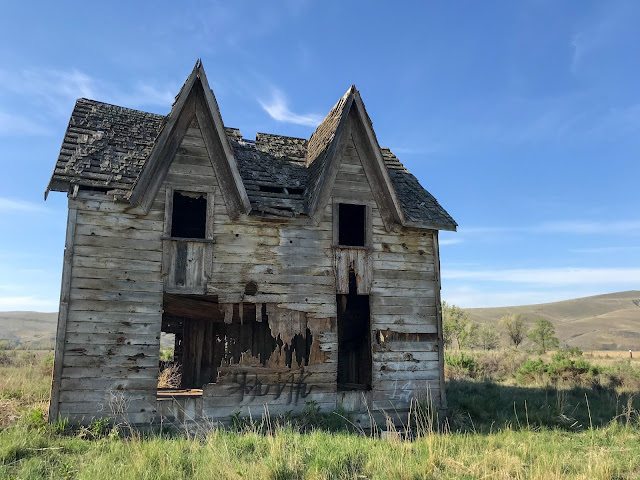 After exploring Old Goldendale and Lateral 'C' we headed back to the HQ area to walk the foot trail, which is where most of our ticks were acquired.   The trail itself was not too exciting but the area right around the HQ building was nice and even had a Great Horned Owl. 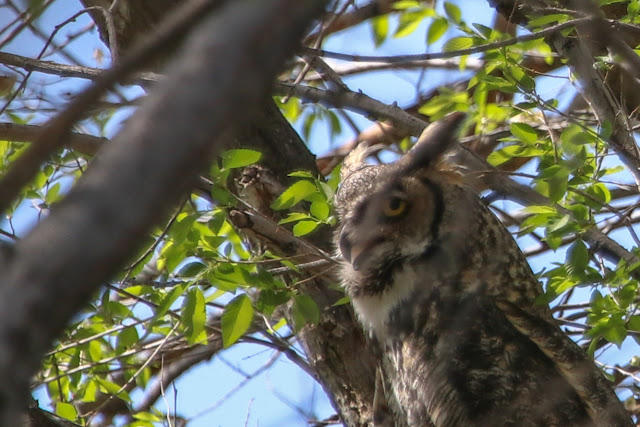 We had lunch in a shady area by some feeders before heading off the refuge for more birds.  Full checklist from Toppenish NWR here.

Next we drove east of the town of Toppenish on Yakima Valley Highway to an eBird hotspot called Kerry's Pond.  This was the only place nearby that avocets had been reliably reported this spring, and indeed we found two here. 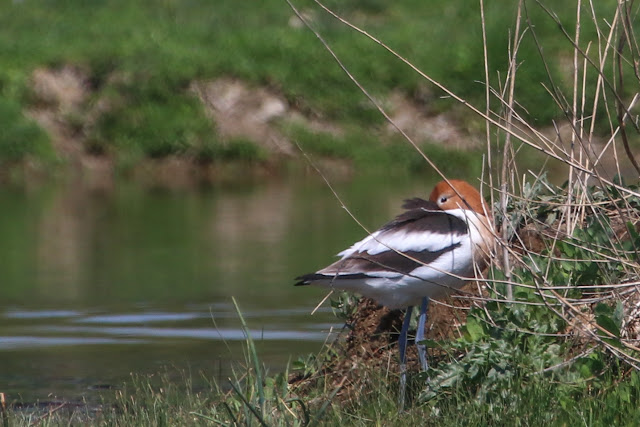 There were plenty more stilts here including one that appeared to be sitting on a nest. 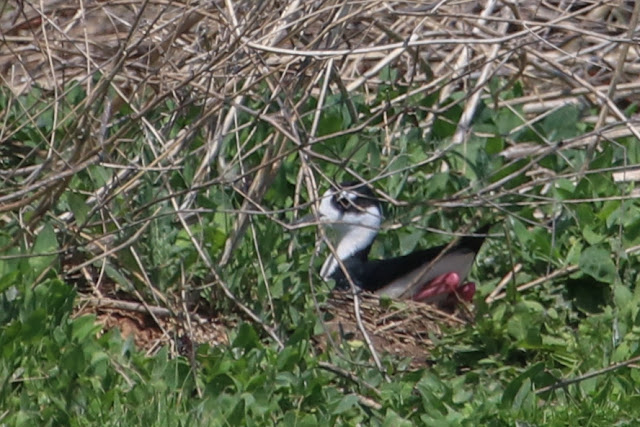 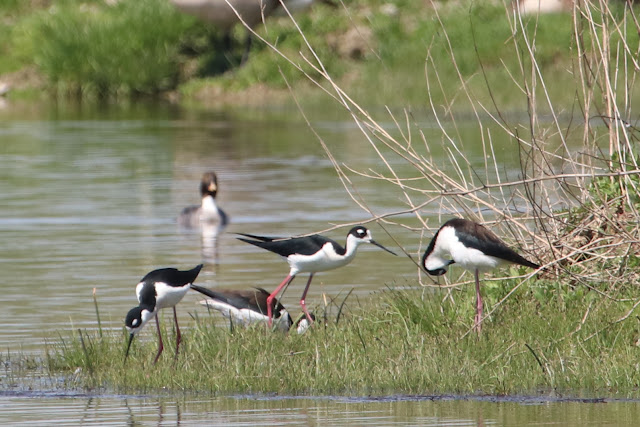 While standing there I heard something at my feet and saw a decent-sized green snake slither under a log.  Jacob tipped the log up so the snake stayed in the shade and didn't take off, giving us great looks. 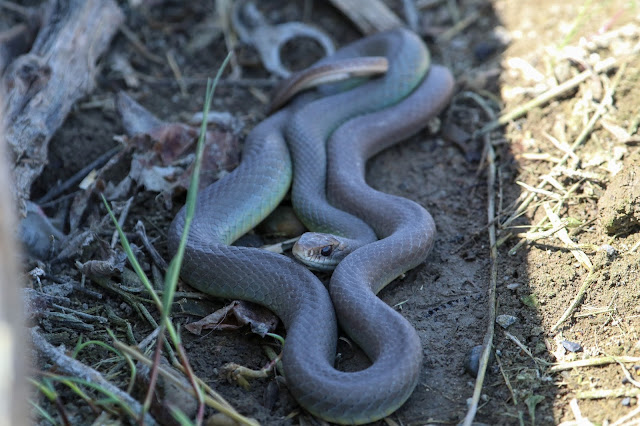 I am pretty sure it's a western yellow-bellied racer.

After the pond we headed south to a new area of sage, farmlands and dusty roads, where I hoped we could pick up all the sage birds.  Things were off to a good start with a Sage Thrasher on Mabton-Bickleton Road. 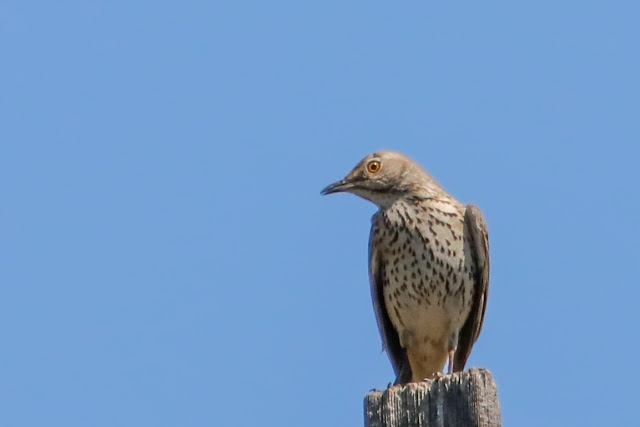 We turned off on Ridge Road and followed it to Turpin Road and Donoho Road.  This area was fun. 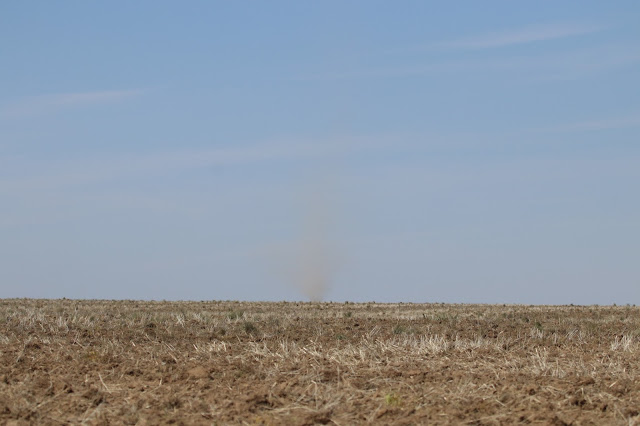 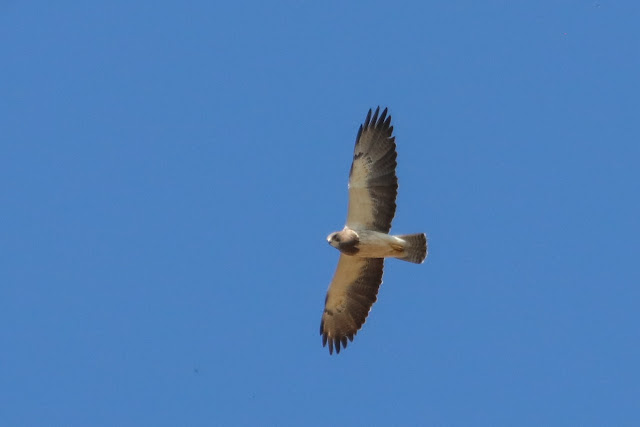 We found a cemetery which is always a good thing when birding dusty back roads in the middle of nowhere.  Here we had another Sage Thrasher, a pair of Mountain Bluebirds, and an Anise swallowtail. 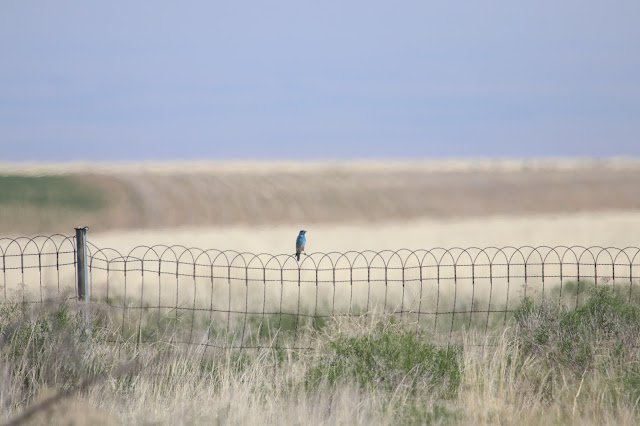 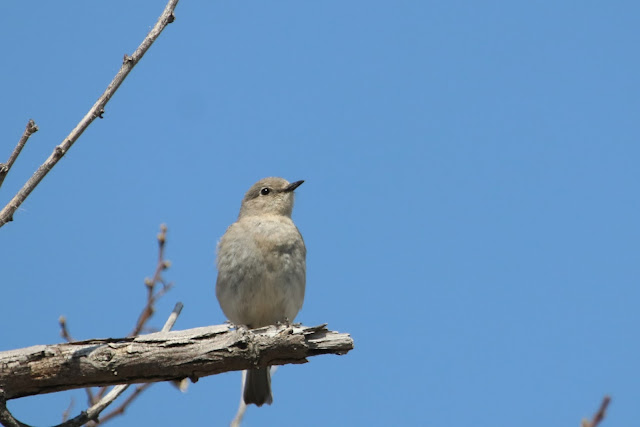 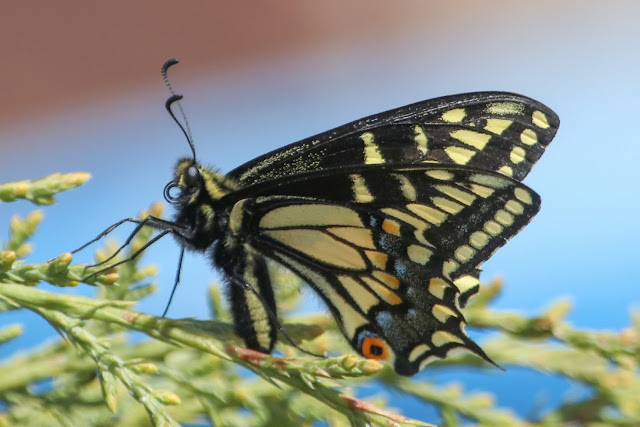 The sign was one of my favorite things about the cemetery. 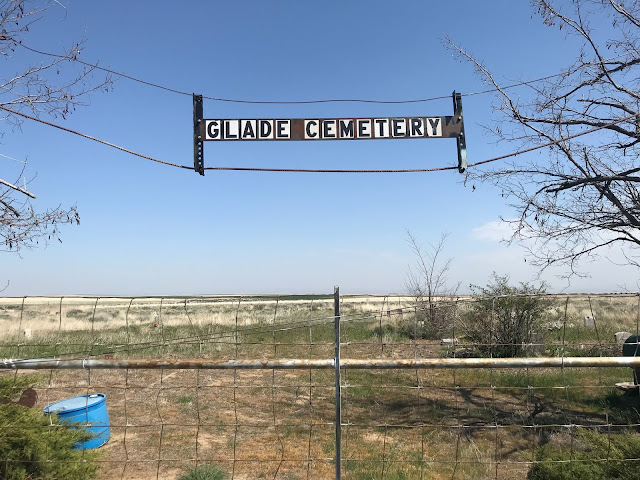 Back on the road for a bit we noticed some old structures that had Say's Phoebes hanging out on top.  One in particular looked owly so we crept around to take a look. 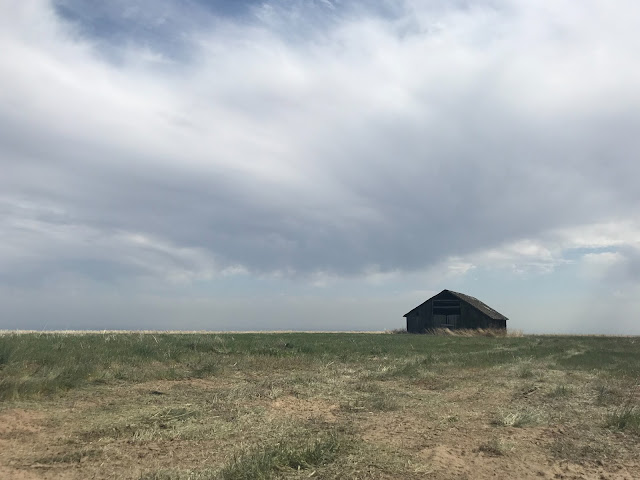 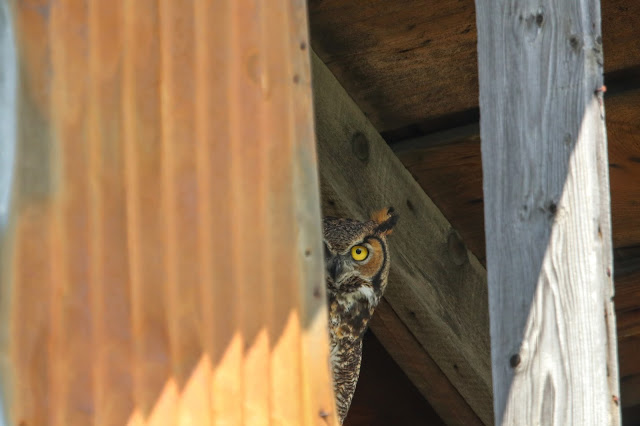 We had Western Kingbirds, Horned Larks, American Pipits and a billion White-crowned Sparrows in these parts. 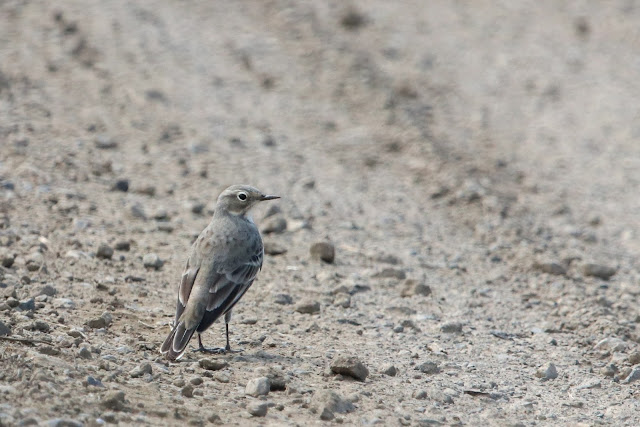 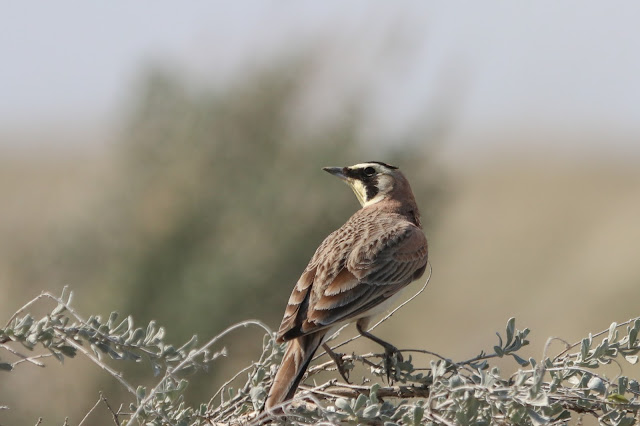 Eventually we began to hear Brewer's and Vesper Sparrows singing, but never any Sagebrush Sparrows. 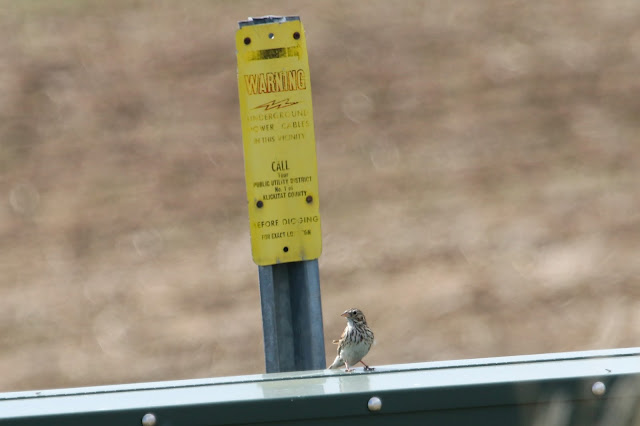 One last thing from our trip.  There were bluebird houses all around these back roads we explored, but this was the only one with a coot head on top: 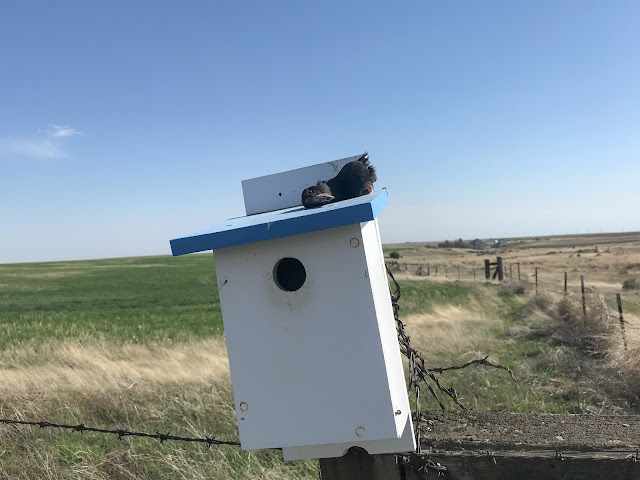 A Mountain Bluebird was perched close to the house making me think it's being used despite the head.  So weird.