Last week while visiting my family in Massachusetts I had a bonus day trip up to Vermont with my brother.  He was doing the final walk through at a house in the woods his family was buying and I tagged along to see Vermont for the first time in 25+ years. 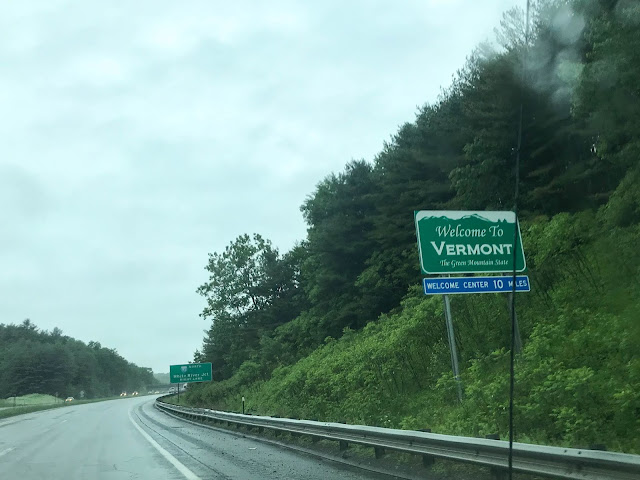 The weather was familiar, if not ideal, and we spent most of the day getting soaked.  Our first stop was a spot my brother wanted to show me, Quechee Gorge, Vermont's deepest gorge, along the Ottauquechee River. 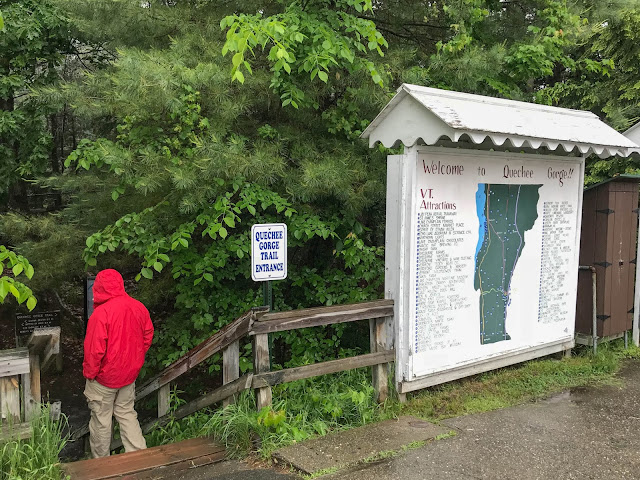 We followed the wide trail down to the river and poked around for a bit. 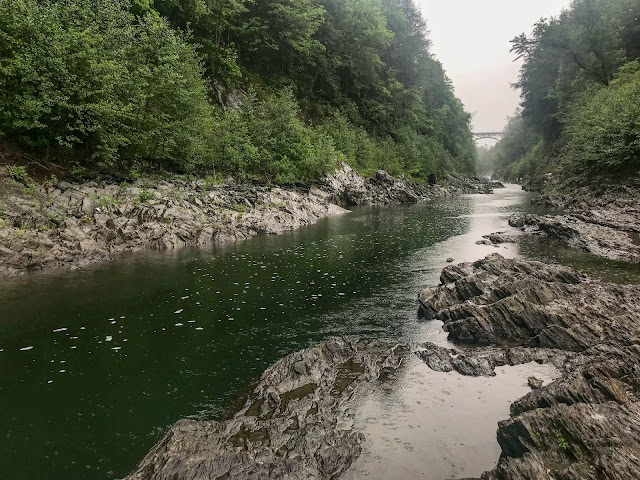 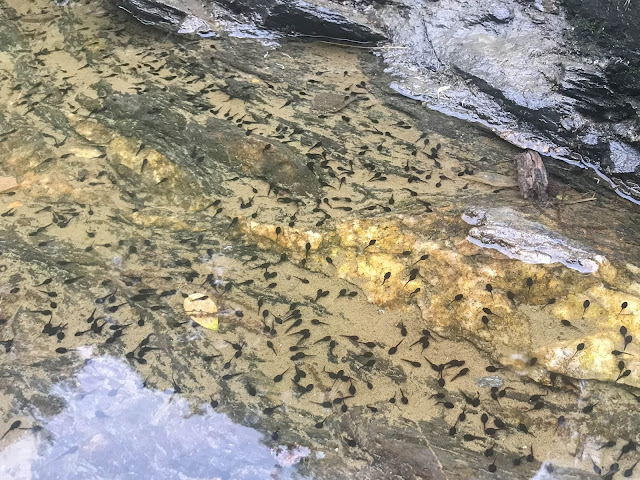 We walked back up the trail the other direction to the dam where snapping turtles and birds began to distract us. 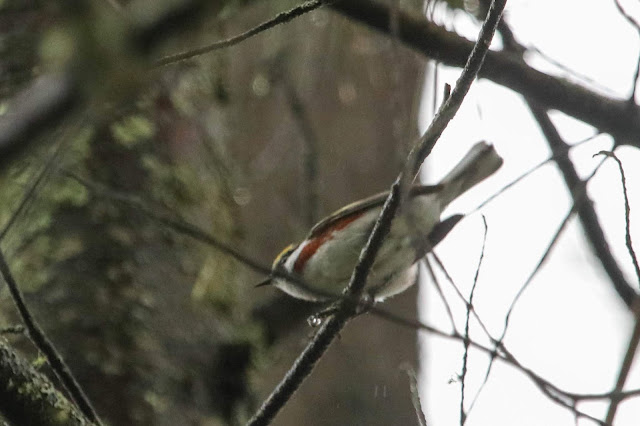 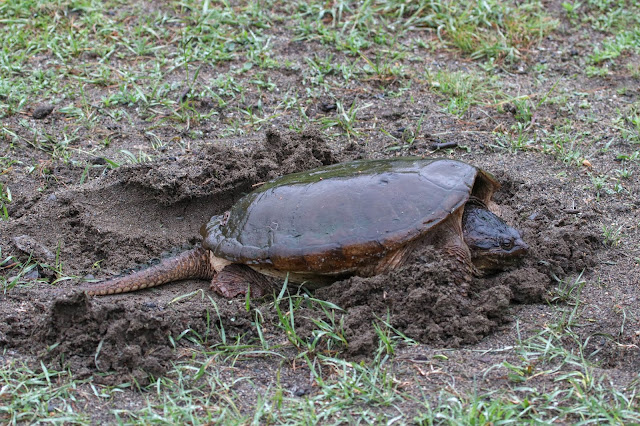 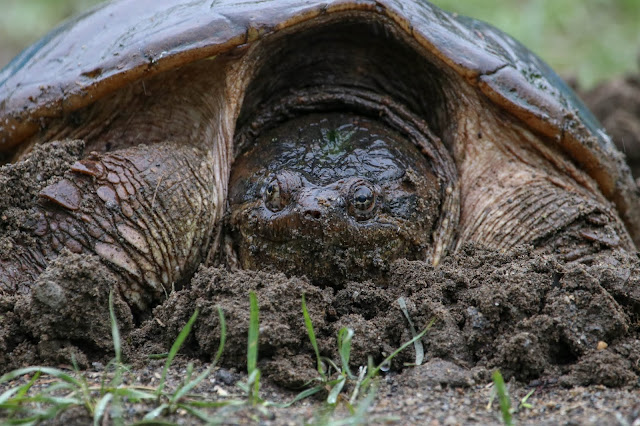 Past the dam the trail turned grassy with Deweys Pond on one side and the dammed river on the other.  The birds loved this area. 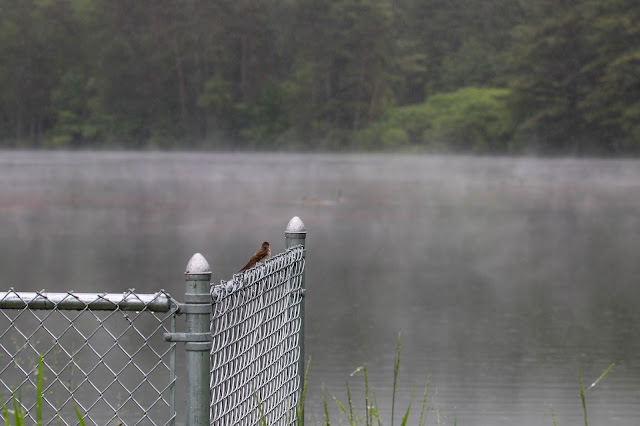 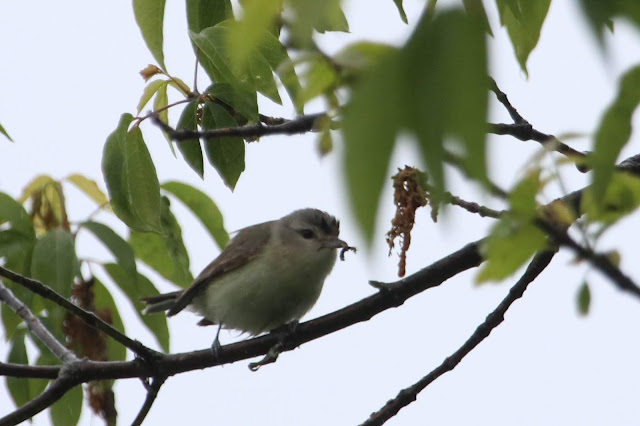 The highlight here was an empid that I was trying to track as it hopped around in dense leaves.  Finally it stopped and I realized it had settled down into a nest!  I'm still not sure what species it is. 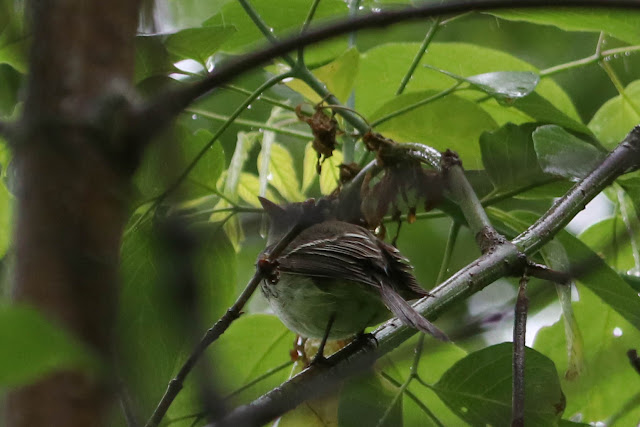 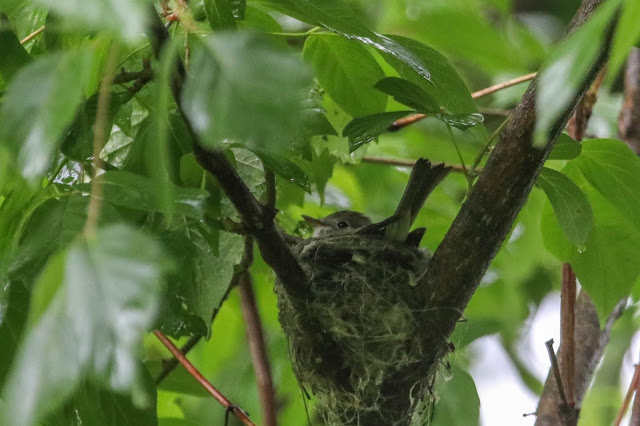 After the gorge we headed to Woodstock which is the largest town near my brother's new house.  It's as quaint as you might imagine a Vermont town to be with shops, covered bridges, and historic buildings. 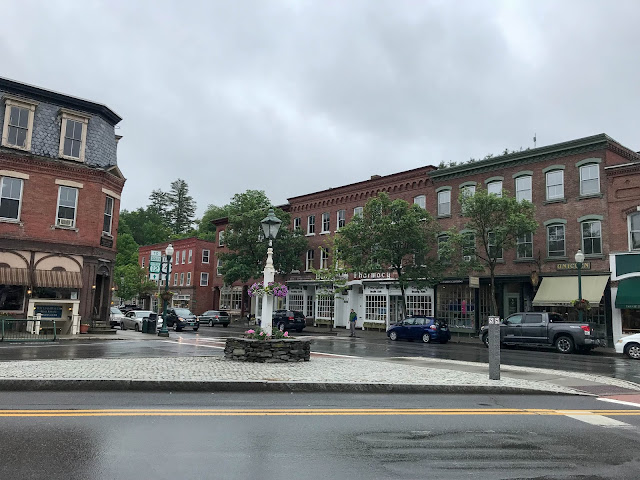 We walked around town for awhile ending up on a trail by a cemetery that lead into the Marsh-Billings-Rockefeller National Historic Park.  It was raining harder by then so I didn't take many photos, but this little flower caught my eye: 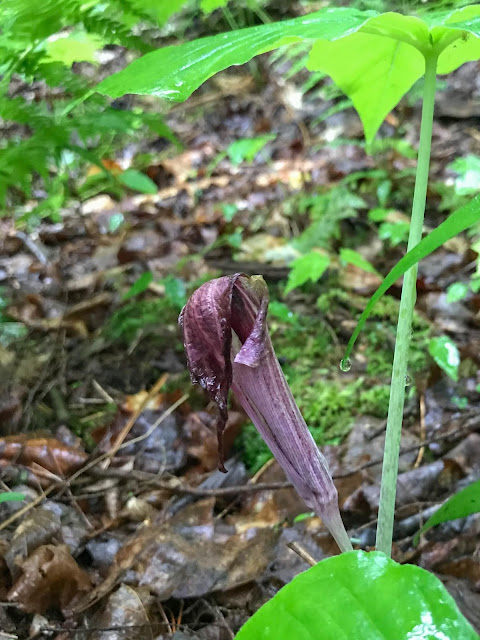 It's a Jack-in-the-pulpit!  But at the time I thought it was a dried up trillium flower because the leaves near it all looked so trillium-y.  Wish I had realized what it was and spent a few more seconds getting more angles of it.

Back in town we had lunch at the tasty Mon Vert Cafe where the bathroom wallpaper made me very happy. 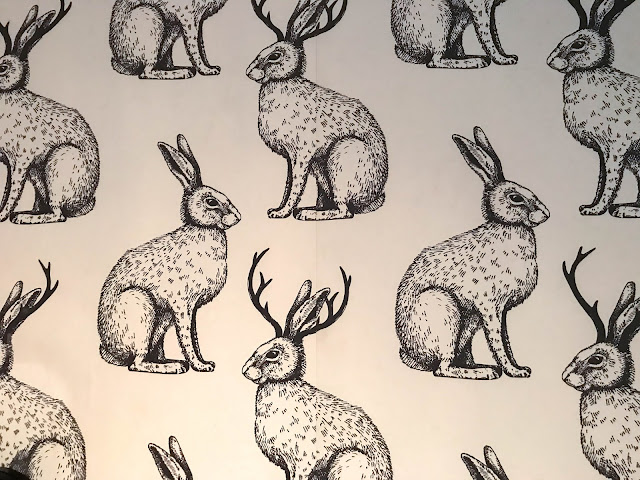 After lunch it was time to head to my brother's new house for the walk-through. 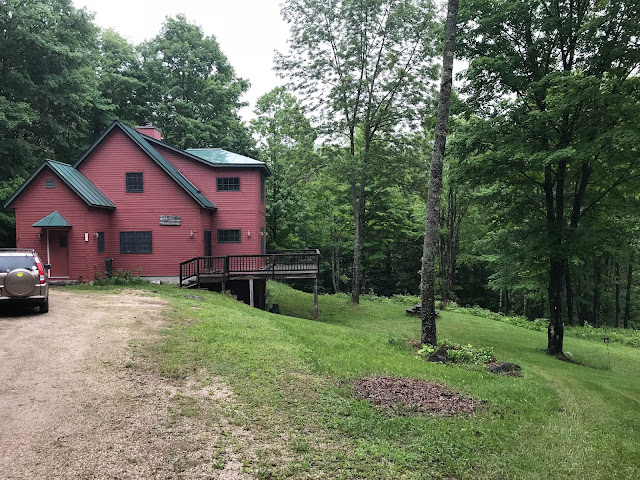 Pretty sweet!  When the realtor left we headed into the woods behind the house to look for one of the property lines, but I got distracted by young Eastern newts. 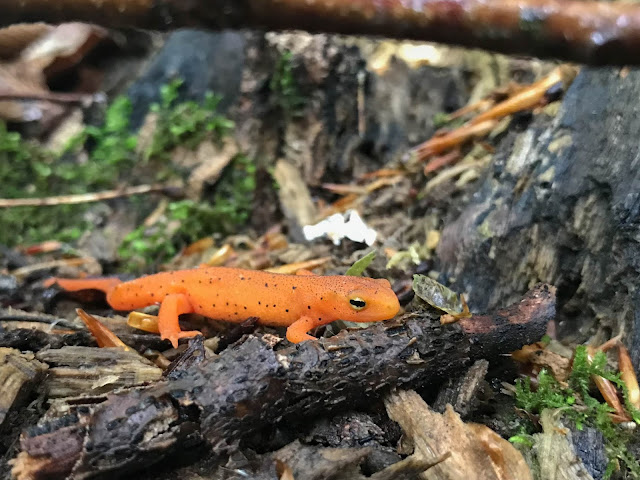 There were several of them around, amazingly bright orange and adorably small. 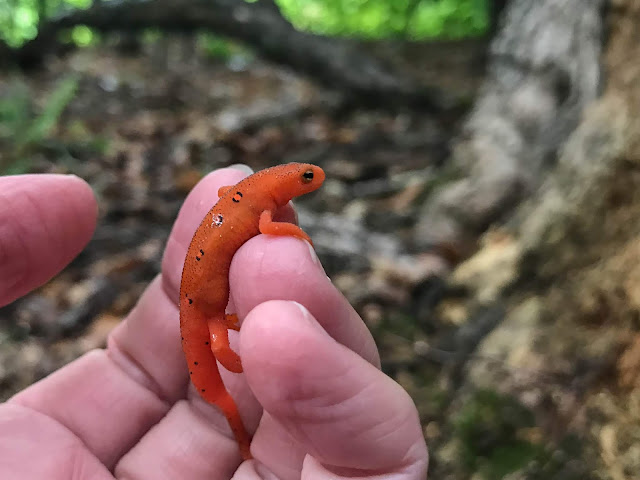 When I mentioned my current obsession with wildflowers my brother remembered he had heard of a bog nearby with some kind of orchids growing.  Um, yes please! 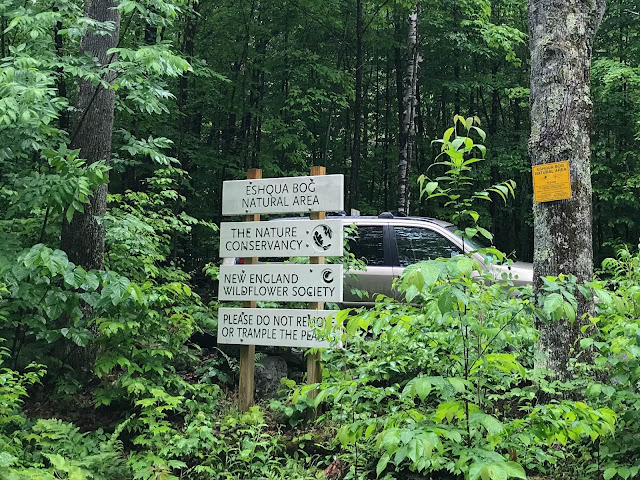 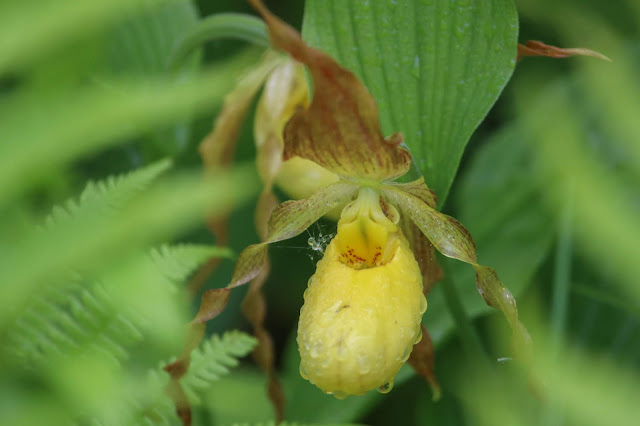 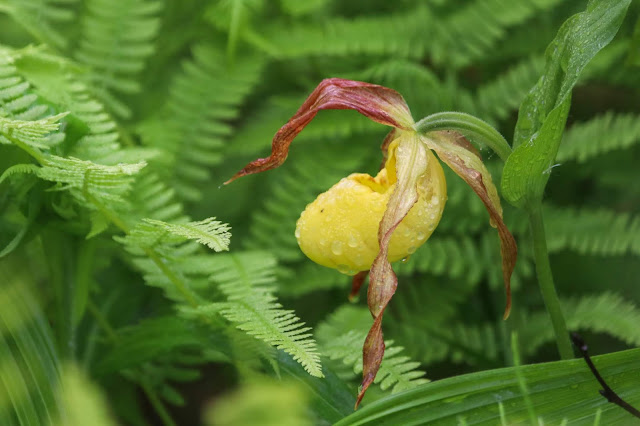 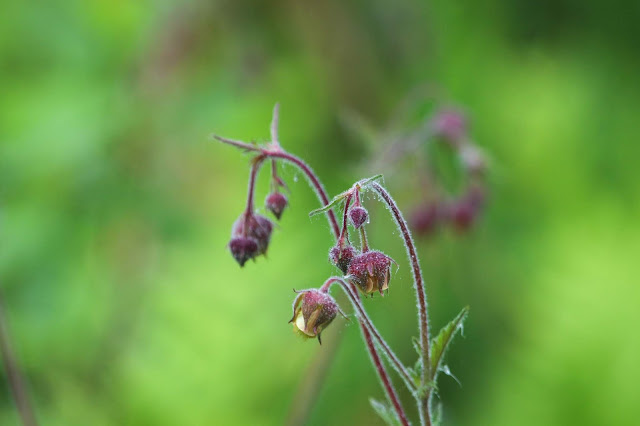 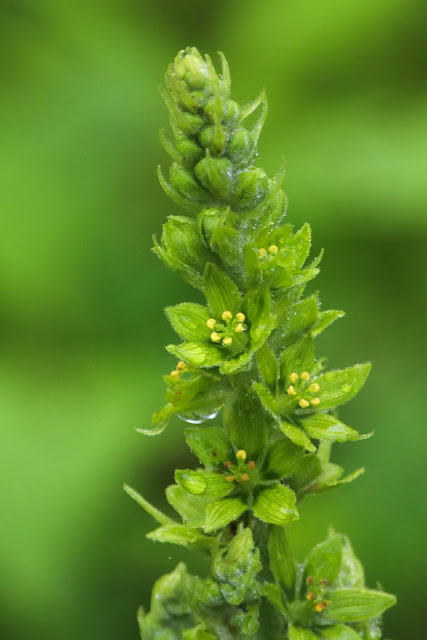 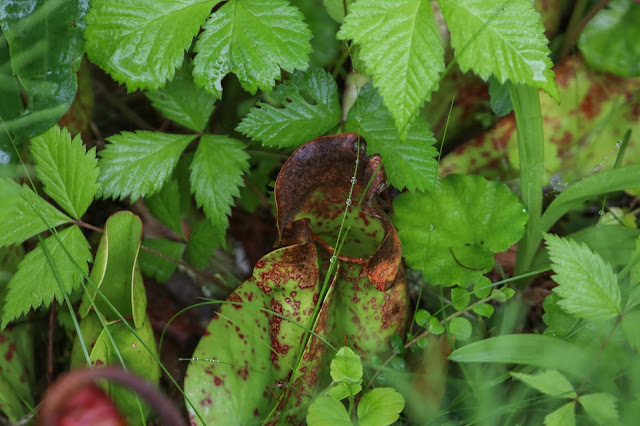 A Red-eyed Vireo was perched over the bog: 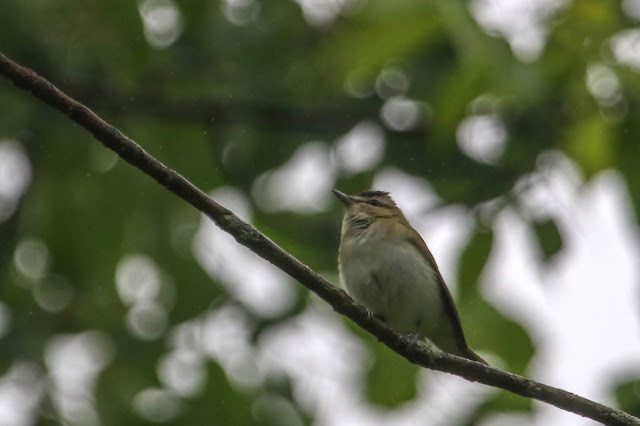 When we were done getting rained on at the bog we headed for one last Vermont stop, Sugarbush Farm, for cheese and maple syrup tasting.  Deliciousness all around. 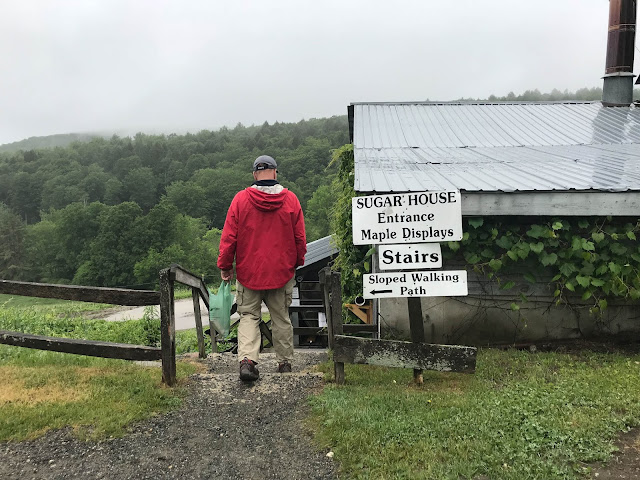