Earlier this month Buff-breasted Sandpipers began showing up all along the coast, testing my resistance to chasing rare birds.  Eventually I could not take it anymore.  I made the drive to Nehalem Bay State Park to try for a couple that Audrey had bummed around with in a patch of salicornia about 15 hours earlier.  My initial optimism was shattered upon finding a little white dog running all over the area.  A Cooper's Hawk was perched nearby, periodically taking on the crows that were fighting over clams or crabs or something. 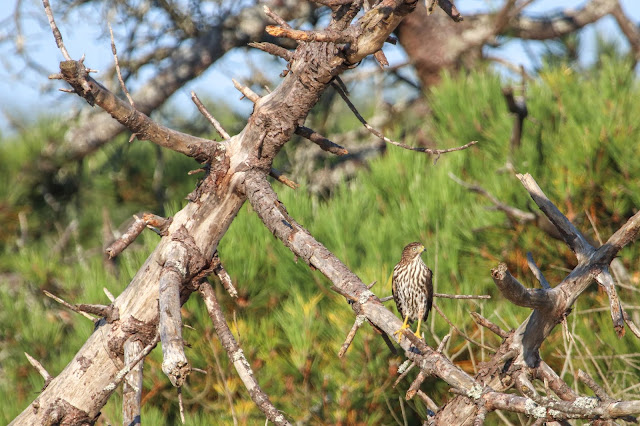 I'd love to blame an annoying dog for the lack of sandpipers, but really they probably had left anyway.   A handful (maybe two hands full) of Baird's Sandpipers further up the beach were not much of a consolation and I decided to check the ocean beach, then head home.

Back home, eating my feelings, I checked OBOL.  Goddammit.  A local birder had found five Buff-breasted Sandpipers on Sauvie Island.  Did I really want to put myself through this again?  Not really, but when I heard Sarah and Max were going I figured it would be slightly less painful.  I arrived at the Oak Island boat ramp shortly after them and we braved the sun and mud together. 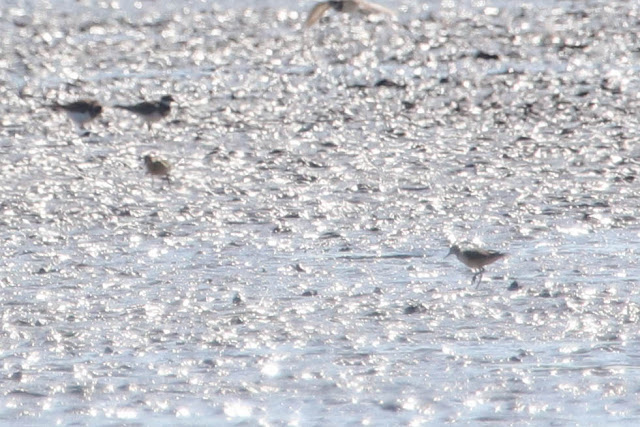 We found them!  The sun was too bright and the distance too much, but scope views were okay.  Then Sarah and Max pointed out a bird flying in the distance that looked like it had jaeger potential.  It disappeared briefly then returned and we were able to confirm it was a Parasitic Jaeger.  Sweet. 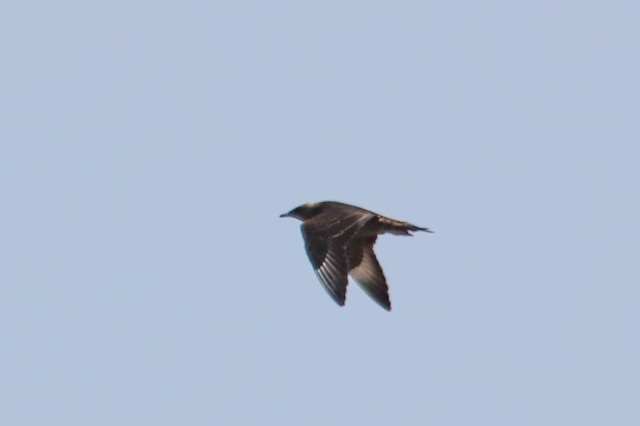 After that day, even with the success in the end, I was pretty much over chasing.  Back to local birding.  Things have slowed down at Shillapoo Lake though it did produce a county bird for me and Jacob a couple weeks ago. 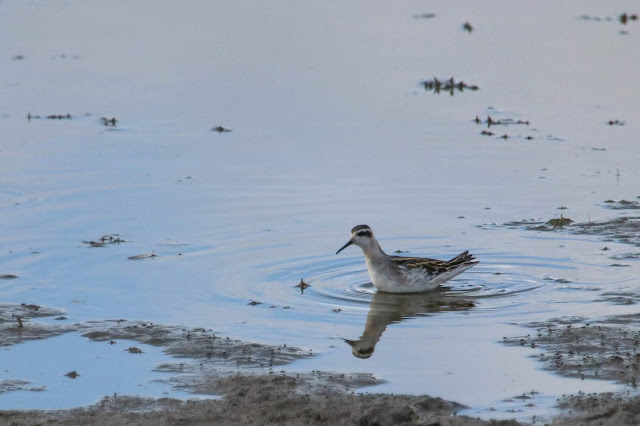 On another morning out there I had a Horned Lark, only my third time seeing one in the county.  Also my first Sandhill Cranes of fall. 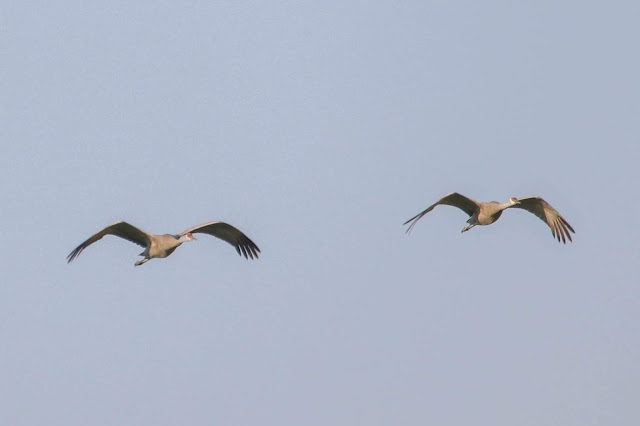 On the way there in one of the small fields along Lower River Road I noticed a coyote standing over something large.  I did a U-turn to see what it was. 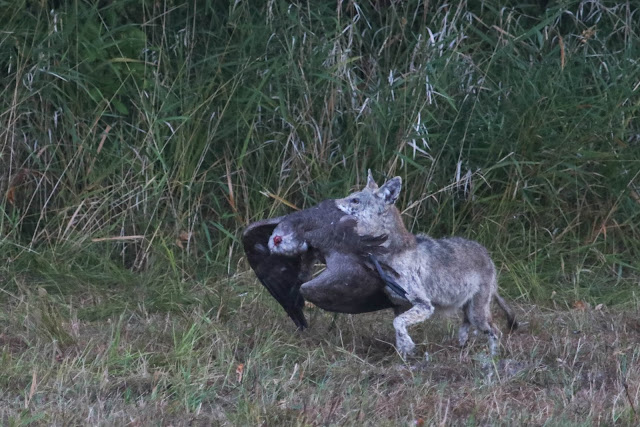 I totally thought it was an owl at first but then noticed the feet.  Headless Canada Goose.  Sad to see the poor pup seems to have mange.

Across the road from Shillapoo is a trail that leads to Vancouver Lake over a little bridge.  Below the bridge are piles and piles of baby Bullfrogs. 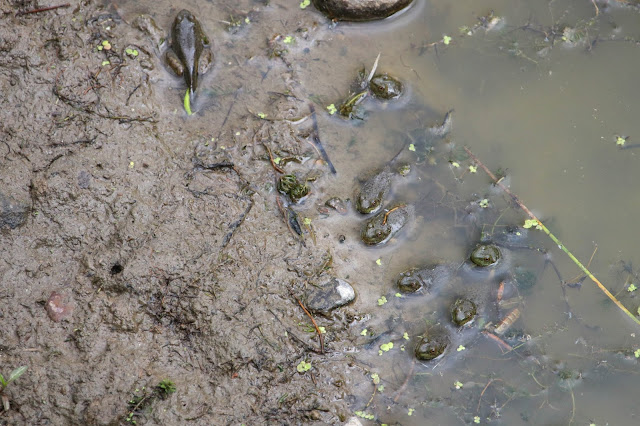 After Shillapoo one morning, Jacob and I went to look for a Black Phoebe reported at Ridgefield NWR since we had dipped on the one at Vancouver Lake this spring.  It was exactly where it was supposed to be. 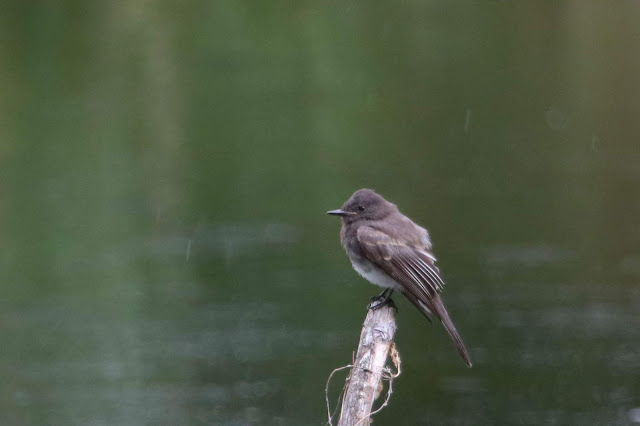 Jacob had been hoping we'd see a reported Redhead since he needed it for the county, but all we found was this Mallard doing a decent impression of one. 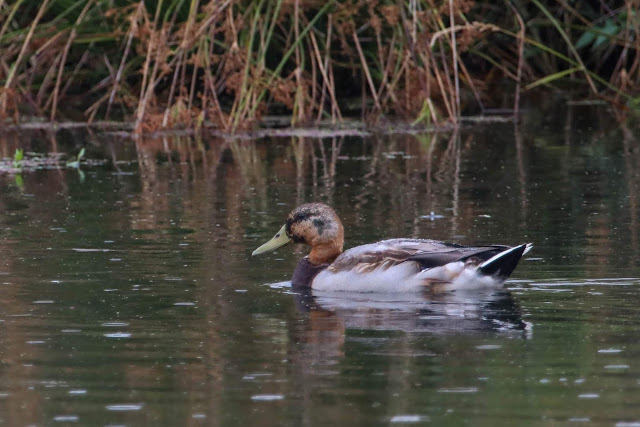 I'm not saying anyone misidentified this bird as a Redhead, but it definitely made me do a double take.

Birding my local patch, Meadowbrook Marsh, has been some of my favorite birding this month.  Nothing rare but always solid.  Exactly what you need from a patch. 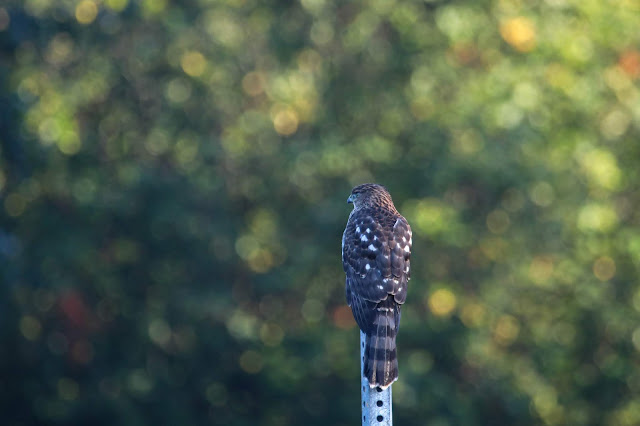 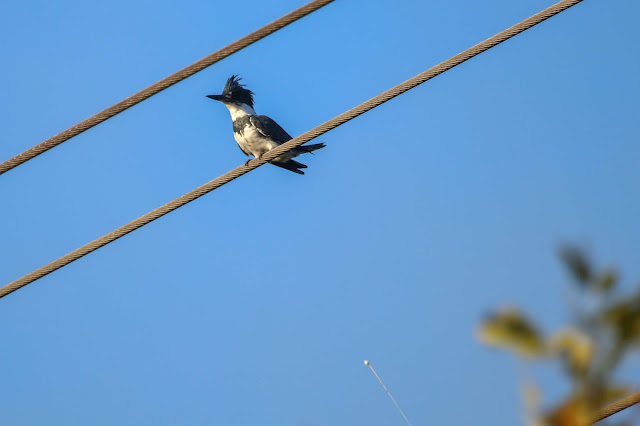 One of my favorite things about my patch is that I can almost always find multiple mixed flocks, chock full of warblers, vireos, chickadees, etc. 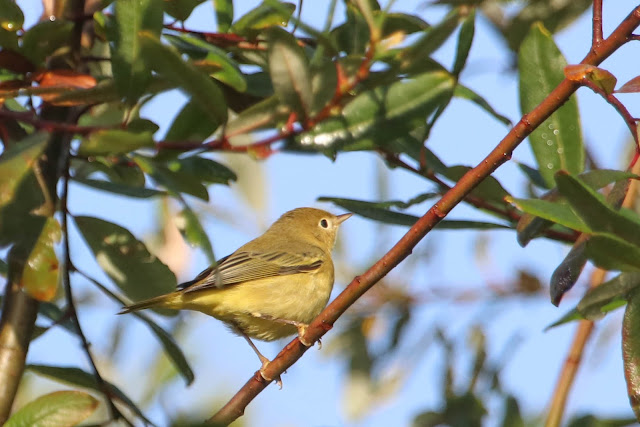 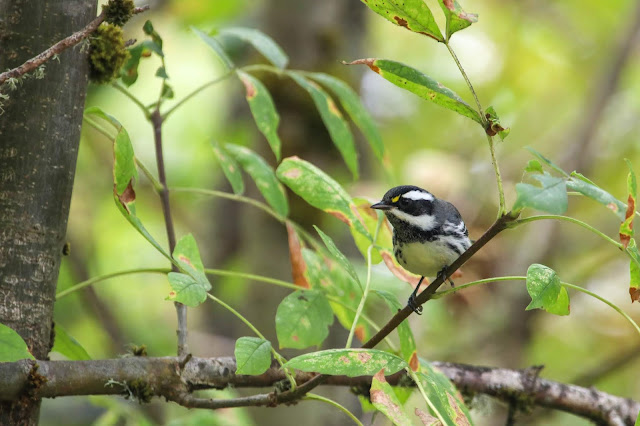 Black-throated Gray Warbler (common at my patch, but photo from Shillapoo area) 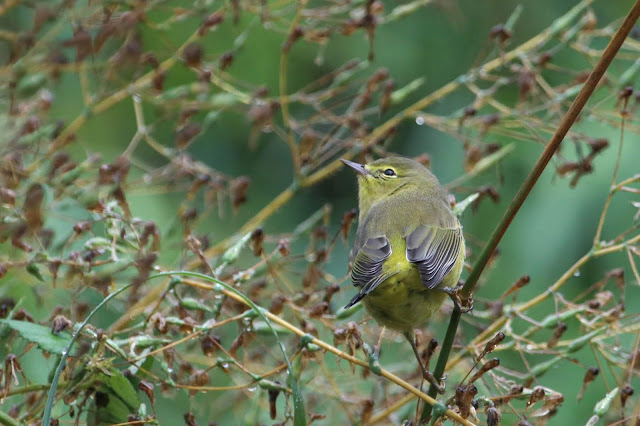 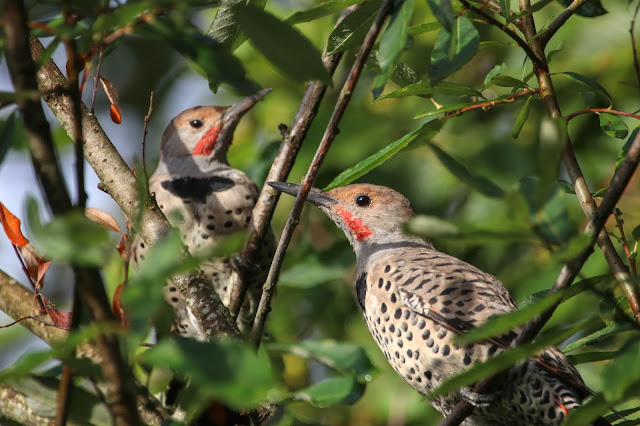 Look at this terrible photo: 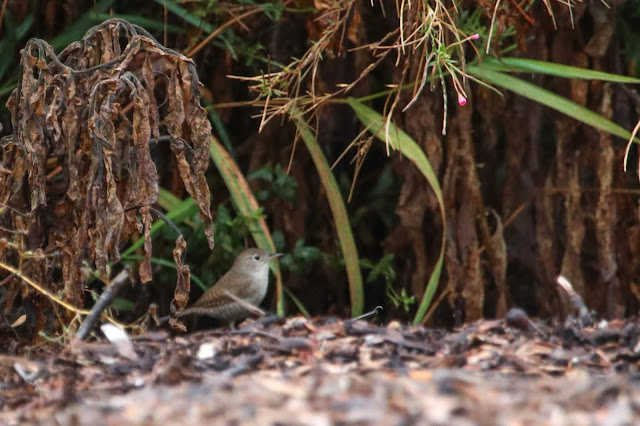 House Wren is probably the most common bird I could never find in my old 5-mile radius, and I carried that tradition over to my new 5MR.  But look, there it is.  On the ground.  Being a weirdo.  Yay.  5MR bird #176.

Yesterday morning I had my largest checklist ever for Meadowbrook Marsh with 46 species (30-40 is standard).  Fox and Golden-crowned Sparrows are officially back in business. 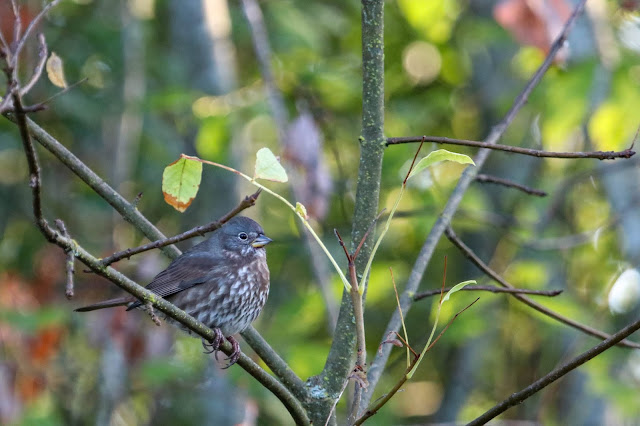 Time to get yer nails did, maybe

I caught a flock of Bushtits post-bath.  It seems to me like piling on top of each other to preen and dry off would be inefficient, but I am not a Bushtit. 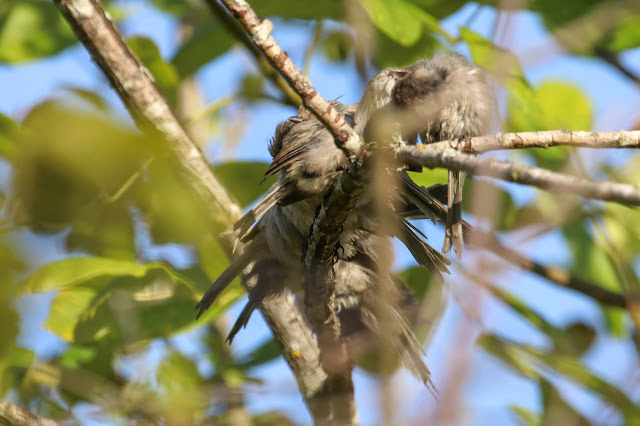 Confusing mess of ten or so birds lined up preening 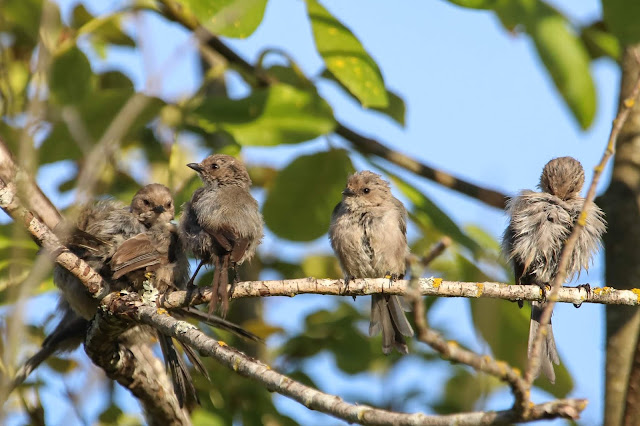 A couple liked having some space. 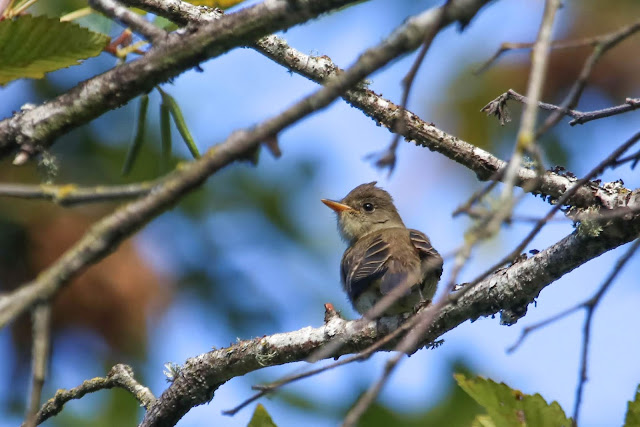 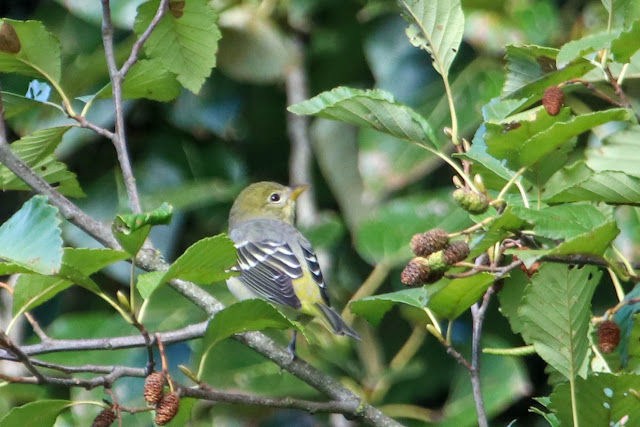 Western Tanager in an interesting plumage

Also present yesterday were both kinglets, Warbling Vireos, Swainson's Thrushes, a lone Rufous Hummingbird, Purple Finches, and the increasing flock of Lesser Goldfinches.  Golden-crowned Kinglet was new for me there, as well as American Kestrel and Savannah Sparrow.  I'm up to 92 patch birds!

Lastly, and this is important, a Turkey Vulture dropping a little poop bomb at Frenchman's Bar. 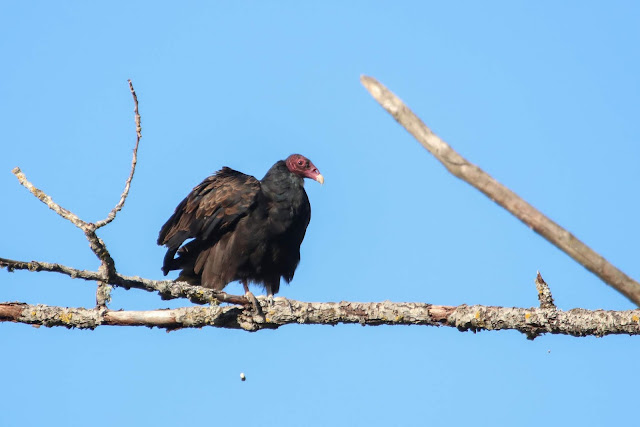