This week Jacob and I took a quick two-night trip to the coast to try out a new dog-sitter we will be using next month when we go to Baja Sur.  We planned this way in advance so it was amazing that it coincided with a round of great weather and great birds.  Our plan was to arrive in Newport in time for dinner, before heading the rest of the way south to the Fireside Motel in Yachats. 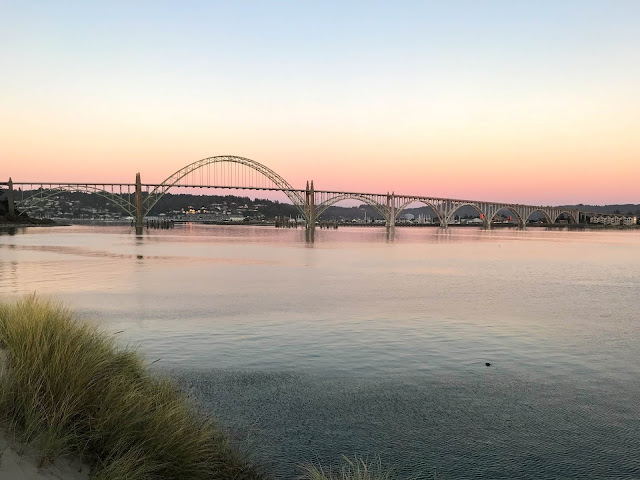 Lapland Longspurs had been seen on the north jetty of the Yaquina River that morning so we decided to make a quick stop to look for them.  We walked the sandy trail to the jetty and quickly flushed four or five birds.  They landed somewhere behind us so we walked back and more flushed. 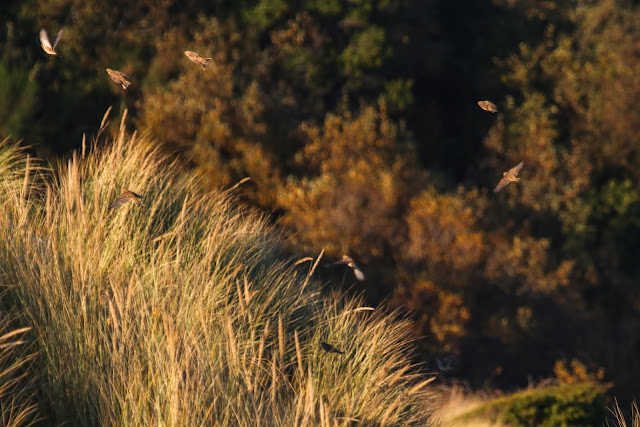 Eventually we were able to not flush them and spent awhile watching them meander about on the sand. 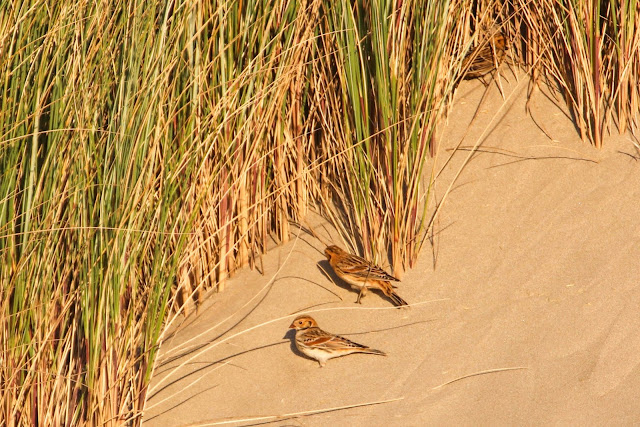 Before this I had seen exactly three longspurs, and only one well, so to see at least ten was exciting.  After spending some time with this flock we continued our walk down towards the jetty where we found yet another longspur, this one teed up on a big rock. 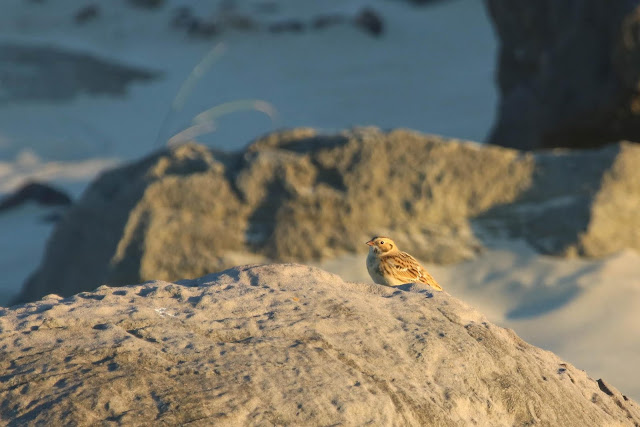 There were a ton of gulls standing by the water which we went to check out.  A bright white one stood out. 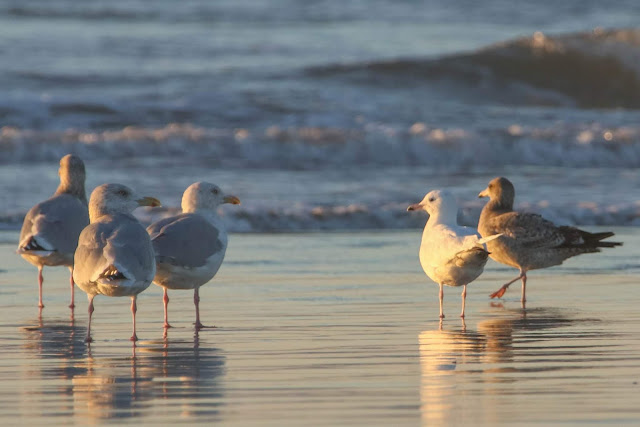 A little smaller than those Herring Gulls 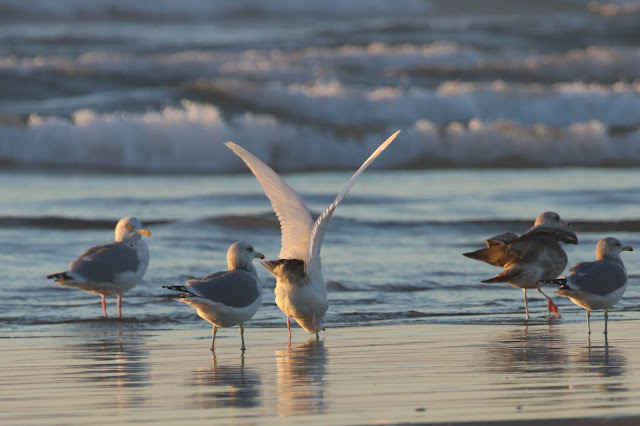 And next to a California 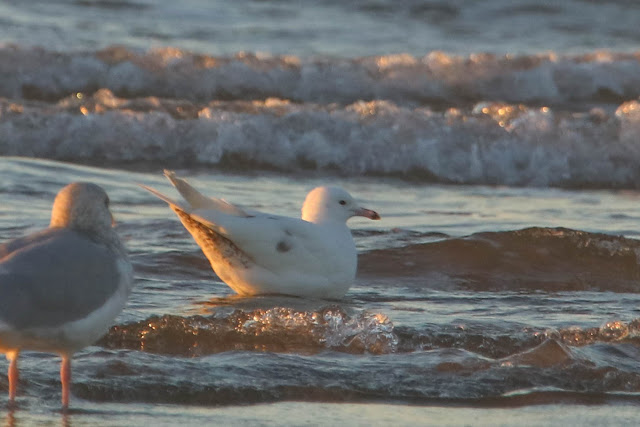 I'm guessing leucistic Ring-billed but I am curious what others think.

After watching the sunset we headed back to the car and to the Rogue Public House for dinner.   Good day!

The next morning we had delicious breakfast bagel sandwiches at the Green Salmon Cafe in Yachats, then headed south, stopping for a roadside Canada Jay. 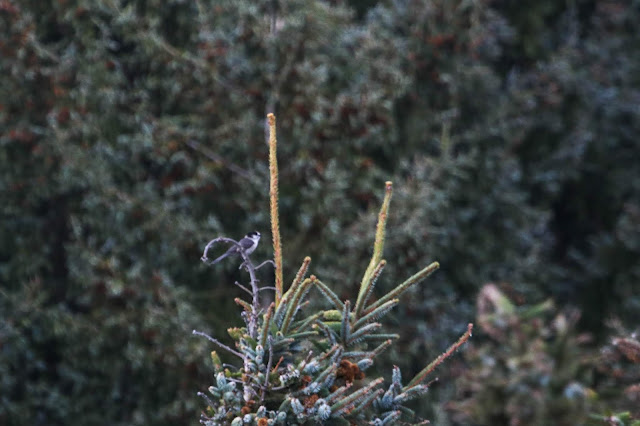 Apparently this is not uncommon in this area but I was still surprised to see one on Highway 101.  We made stops at Toketee Klootchman State Park and Strawberry Hill, hoping to see a recently reported Long-tailed Duck.  No luck there but plenty of harbor seals were around to entertain. 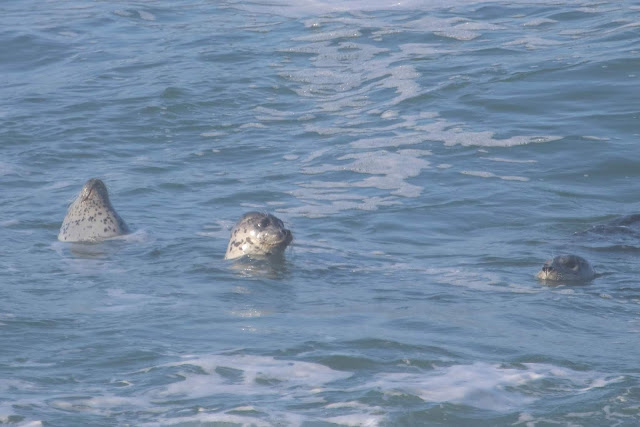 We drove back north to Cape Perpetua to check out Thor's Well and all the other geological features. 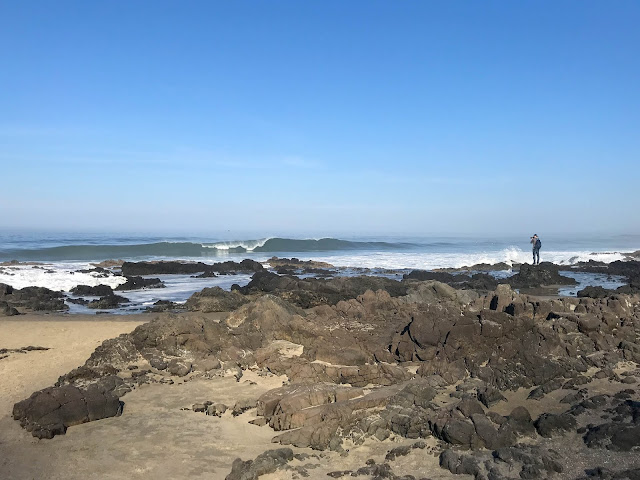 We headed back north to Yachats for low tide since it is an area known for its abundance of tide pools, but once there we had trouble finding any good ones.  We did find a ton of Black Turnstones, Surfbirds, and Sanderlings pretending to be rockpipers. 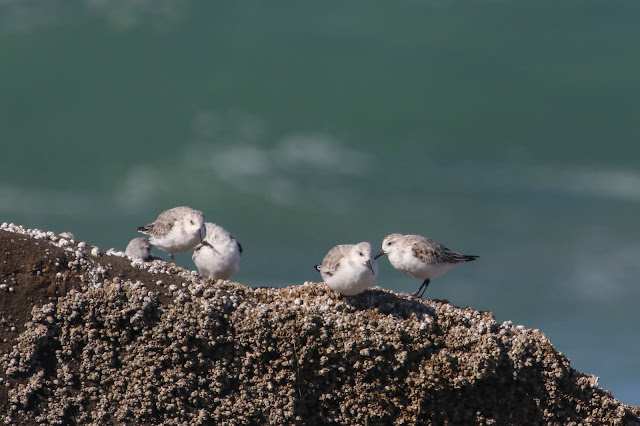 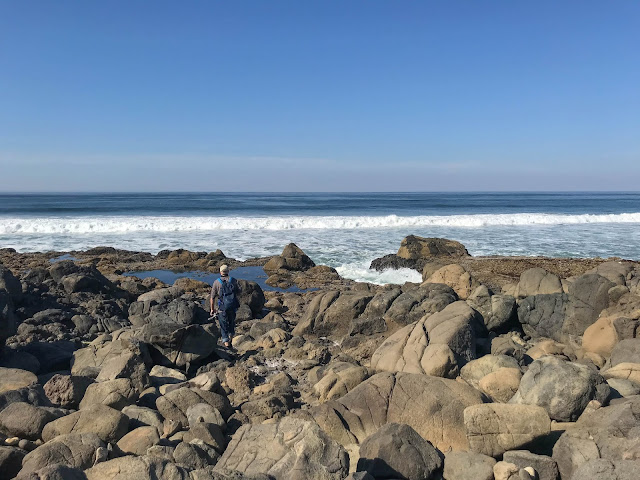 Eventually we did find a good area of tide pools but the tide was already coming in so we didn't have much time to look. 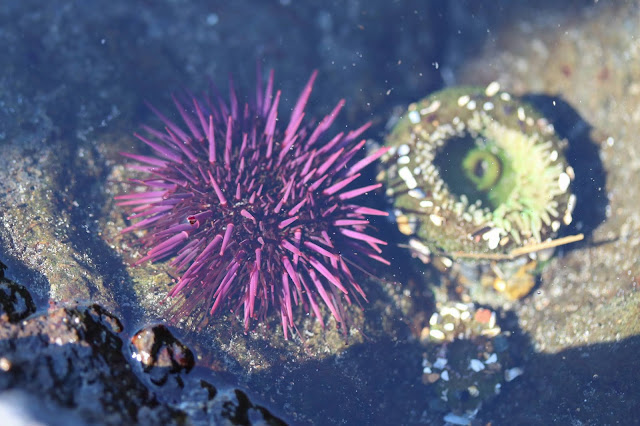 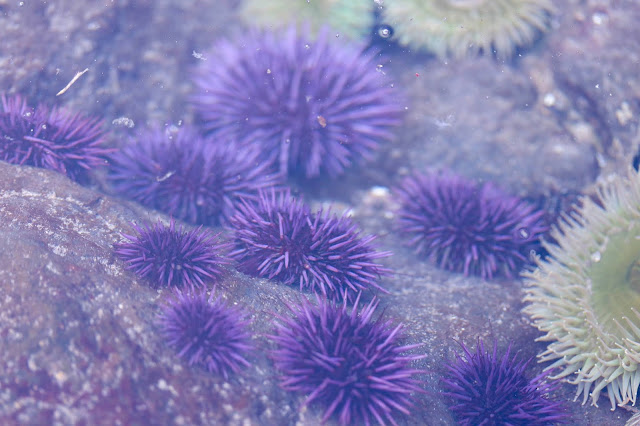 There were shore crabs everywhere and Jacob just pointed out this one is missing one of its front claws. 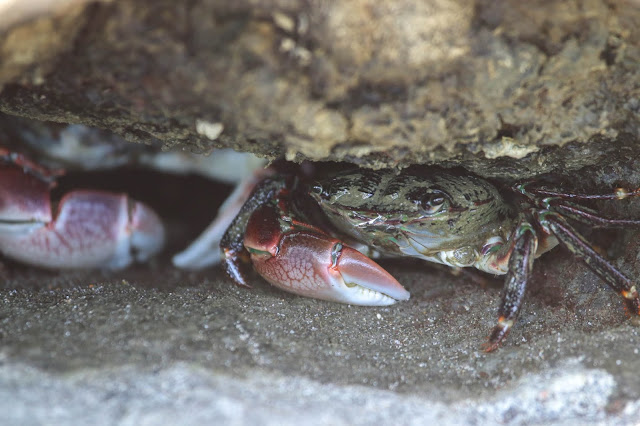 We also found this kelp crab walking around in a tide pool, attacking other crabs and looking bossy. 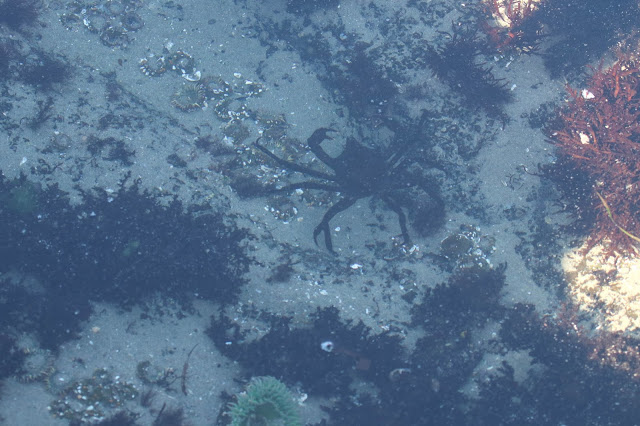 There were some confiding Black Oystercatchers relaxing on the rocks. 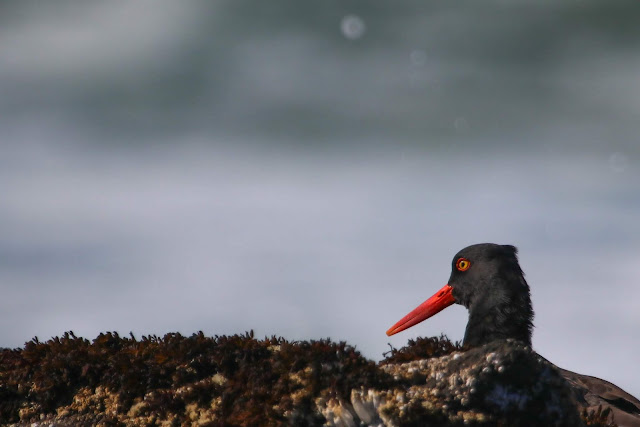 I had a nice conversation with this crow: 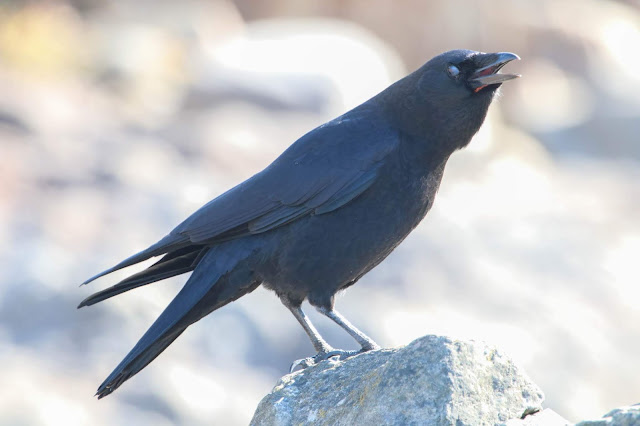 Eventually the tide came in too high so we gave up on tidepooling and walked back towards our motel.  A kingfisher came and hovered near us for a few seconds. 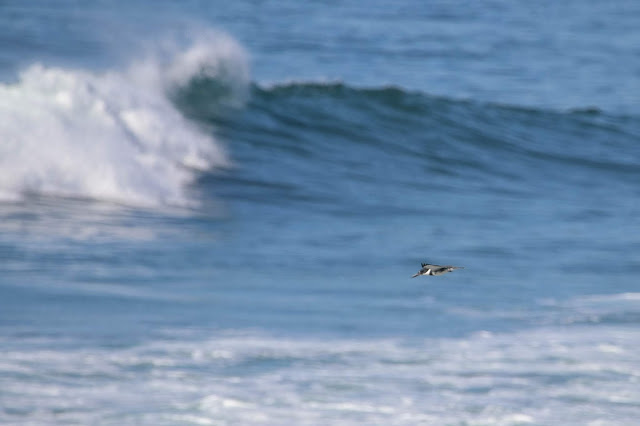 The last bird on our walk around Yachats was a Red-throated Loon right outside our motel. 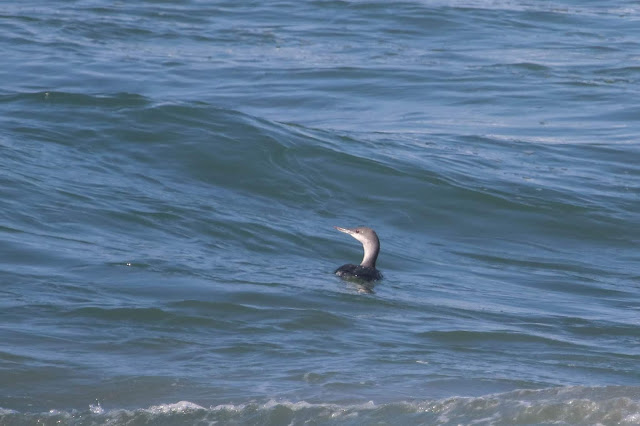 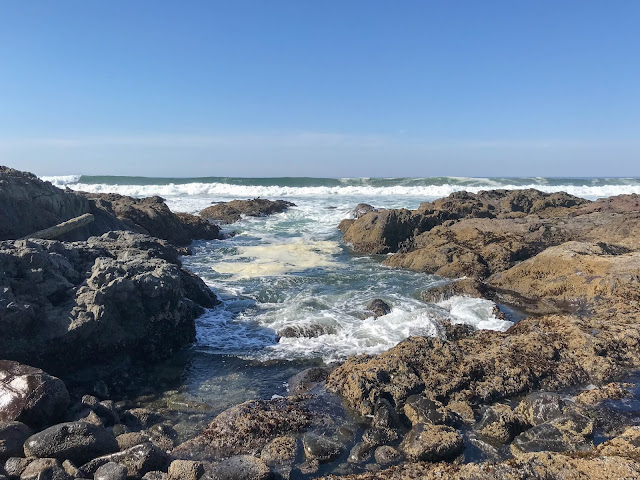 After a little break we went into town to check out the super-hyped Yachats Brewing.  I decided to splurge on the $18 mac and cheese, plus a pint of the Camp One IPA.  Jacob had some chicken thing plus the Especial.  We both agreed our beers were delicious, but when it came to the food... I'd say skip it.  If you have the balls to charge almost 20 bucks for mac and cheese I expect it to be freaking delicious.  Instead I was given a soupy bowl of macaroni with some blue cheese mixed in.  Lesson learned.  Come for the beer, head elsewhere for food.

From there we decided to check out the short trail through the Gerdemann Botanic Preserve.  There were probably tons of plants we didn't notice though a couple big ones really stood out as cool and unusual.  First there was the enormous rhododendrons: 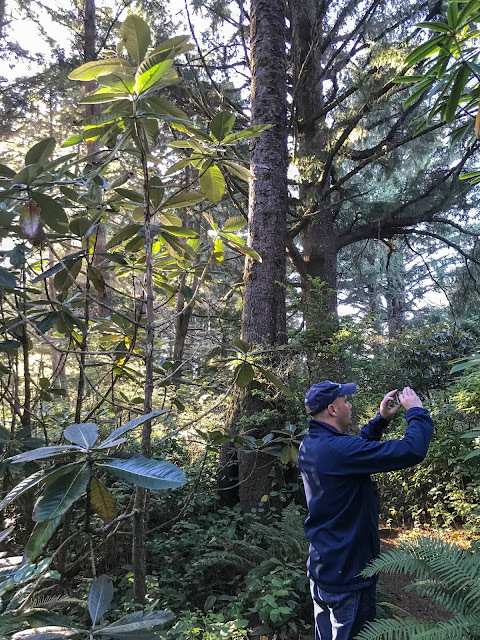 Then there was this plant: 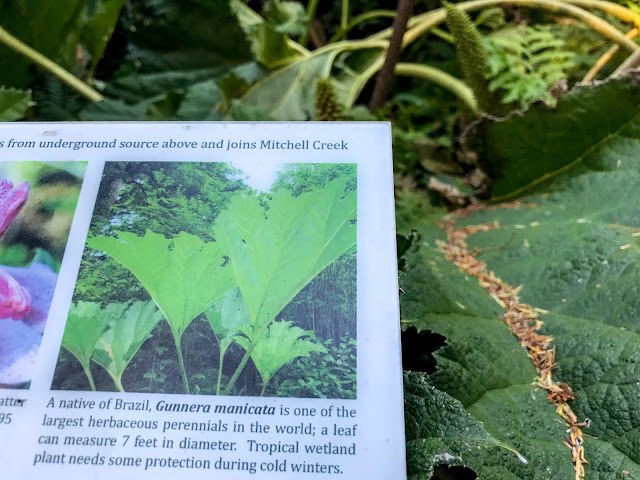 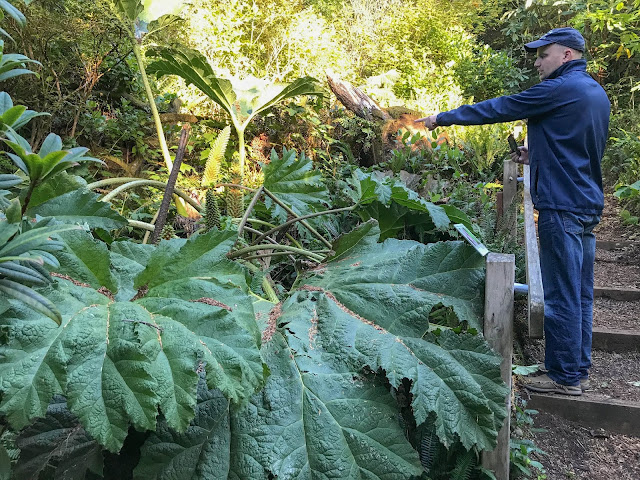 That evening we walked back out on the rocks outside the motel for the sunset. 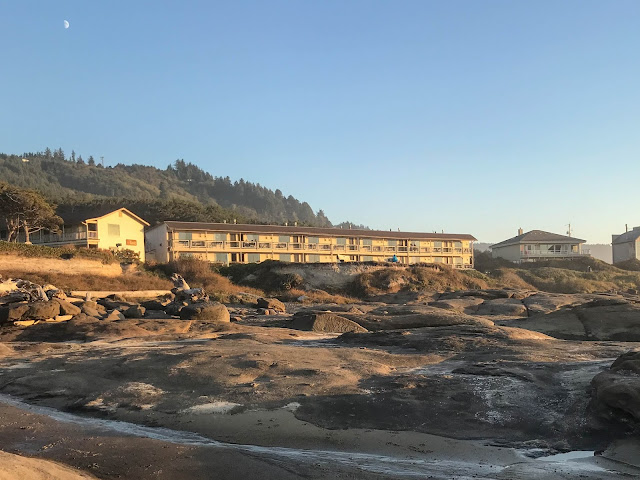 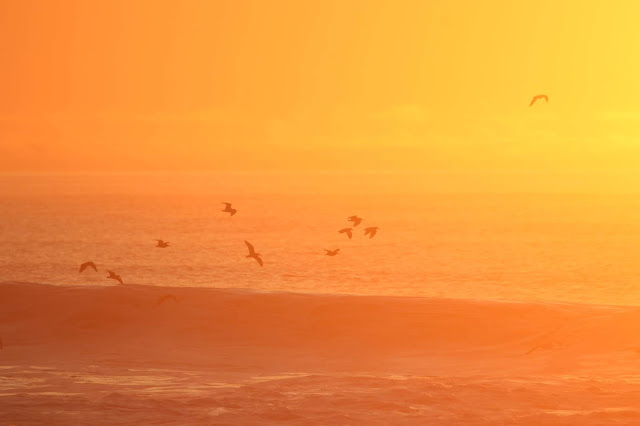 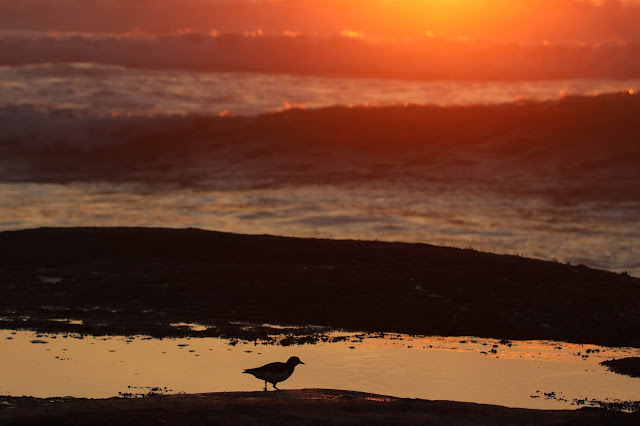 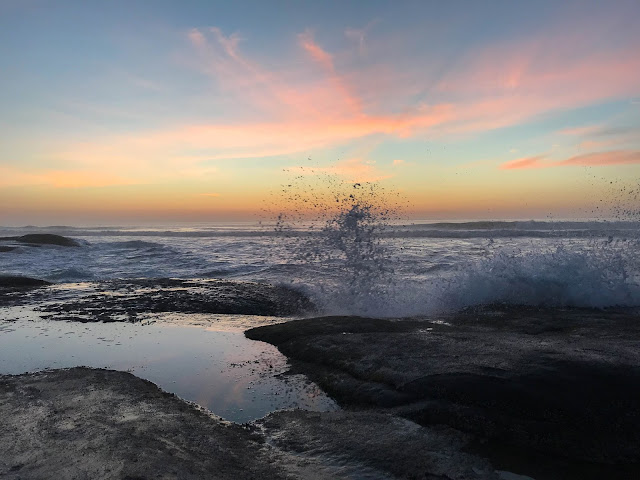