Over the weekend Jacob and I left our 5MR to do some birding and exploring along the coast. 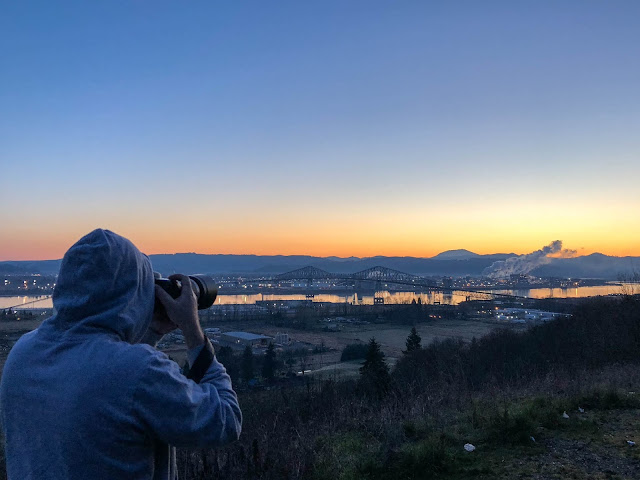 A herd of Roosevelt elk was grazing close to Highway 30 so we stopped for a peek. 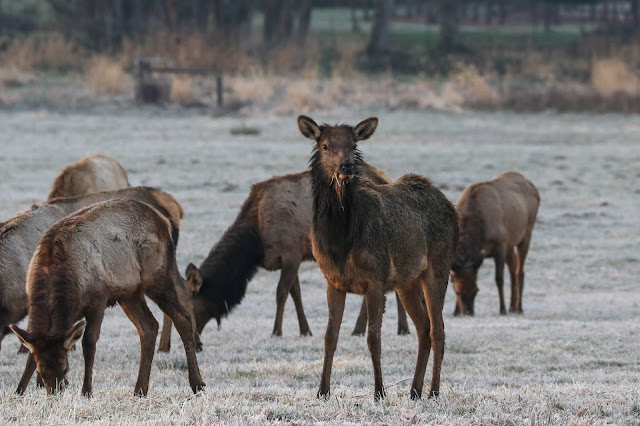 We were heading to Cape Disappointment State Park but took the long way around Chinook Valley where we were hoping for some birds.  No disappointment here! 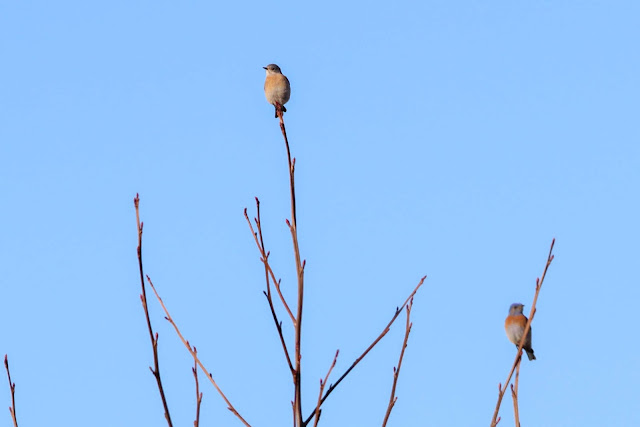 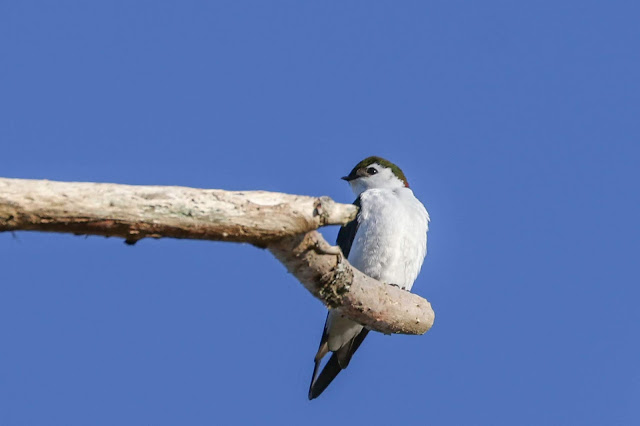 This area is great for birding!  We had our first Rufous Hummingbird for the year, a calling Hutton's Vireo, singing Marsh Wrens, and our first Pacific County Purple Finches. 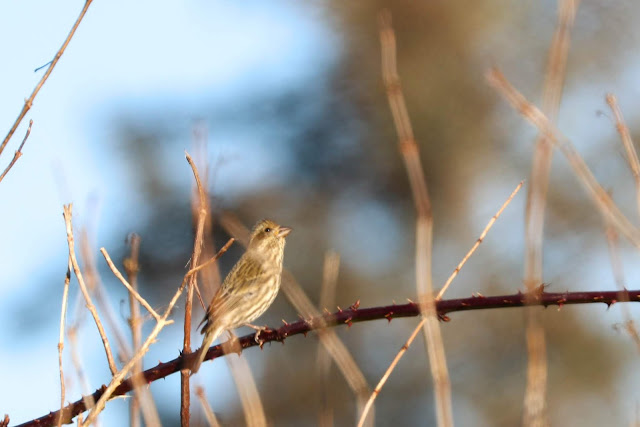 Last winter Jacob and I had a Northern Shrike here, and Jacob had a Tropical Kingbird and Black Phoebe another time.  Definitely worth taking the detour!

At Cape Disappointment we learned that the jetty is completely closed off for construction.  This was, obviously, disappointing, but we decided to explore the North Head area instead. 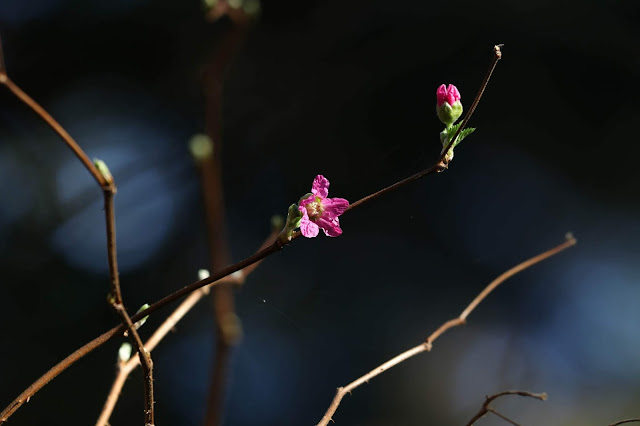 The birds were very vocal here including some Red Crossbills, a nice year bird that stayed way out of decent-photo-range.  So instead, here is what I think is Coltsfoot: 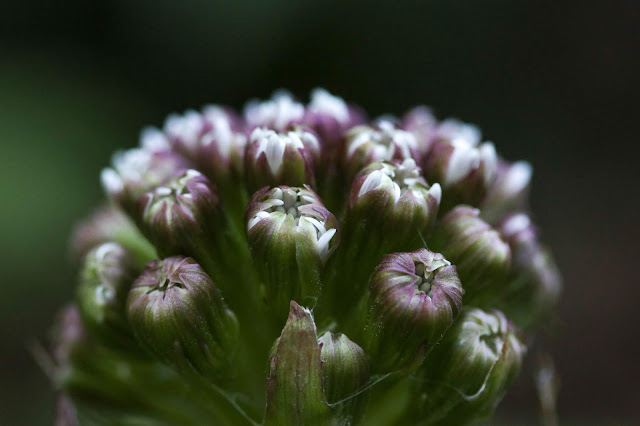 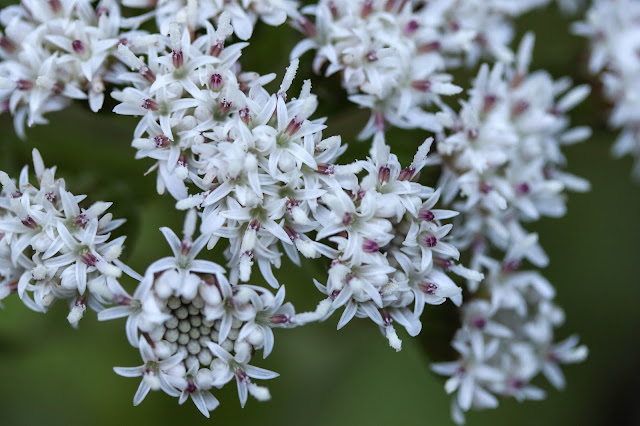 The Douglas squirrels were going to town on pine cones which was pretty fun to watch. 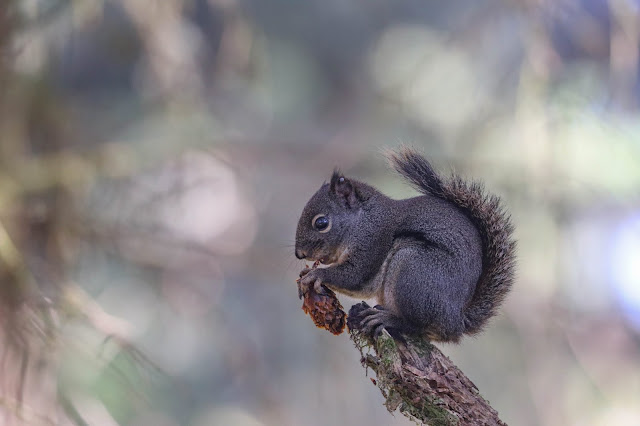 Jacob noticed this one has a tick on its ear. 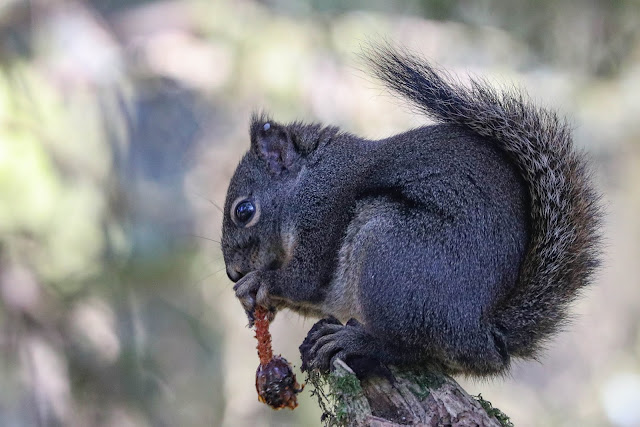 One minute and 15 seconds later

After Cape Disappointment we drove south to Fort George Brewery to have some lunch, washed down with the tasty Fields of Green IPA. 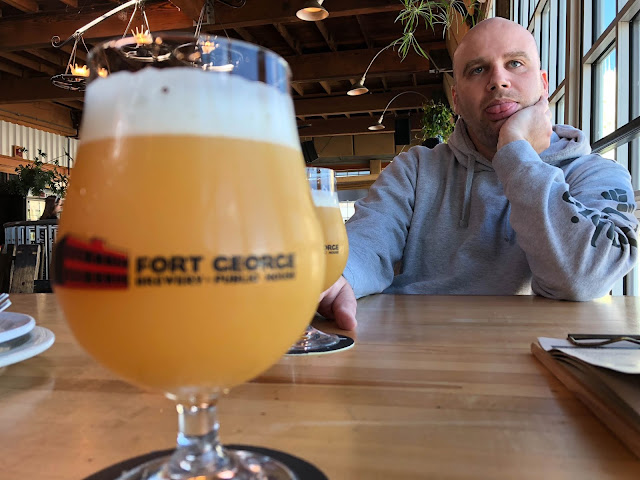 Next we headed south to Cannon Beach for the real goal of the day: tidepooling at Haystack Rock.  Low tide was going to be late afternoon and we were hoping to find some cool stuff.  Unfortunately it was over 70 degrees on a weekend afternoon which means a billion people were around. 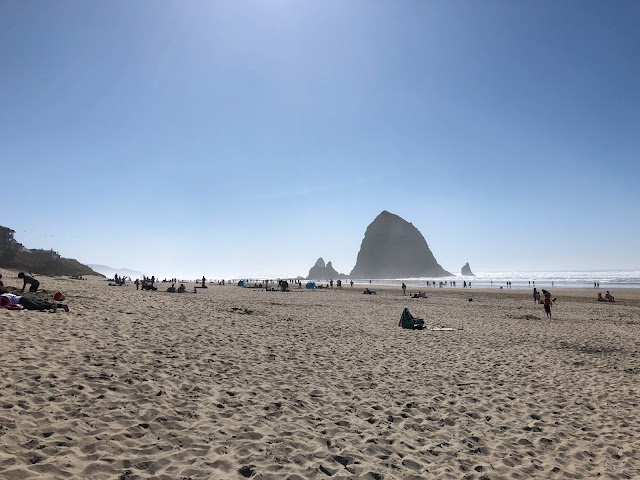 We tried to enjoy it anyway, but after a couple hours I was definitely dehydrated.  Here are some things: 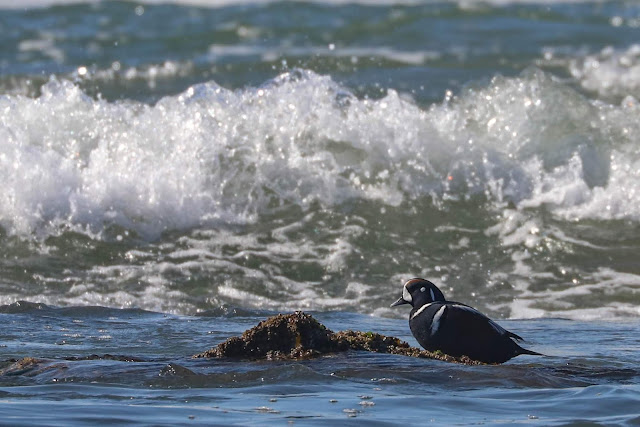 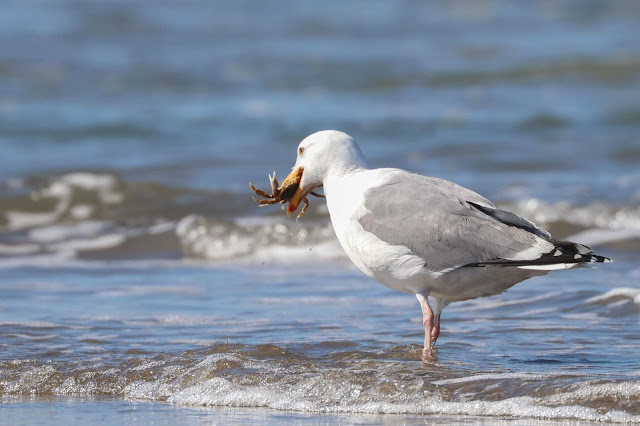 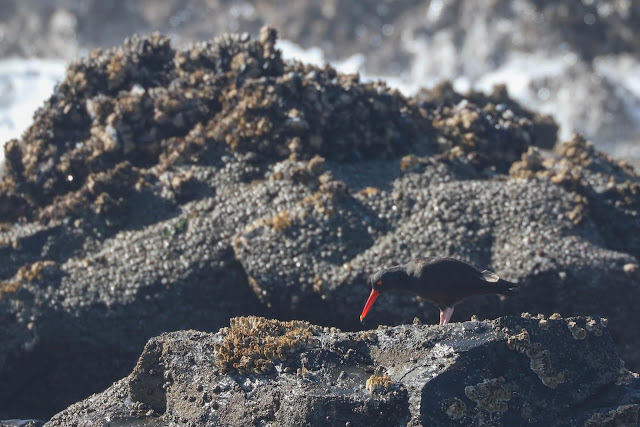 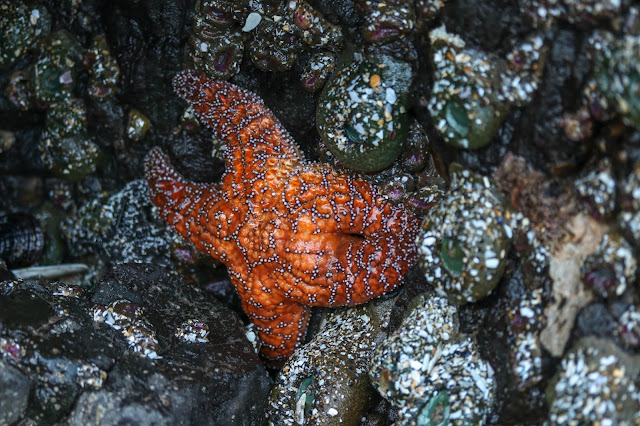 The only sea star I remember seeing

Jacob was trying hard to find nudibranchs and finally found opalescent ones in a small pool.  We had brought my underwater camera so he waded in and took a bunch of shots. 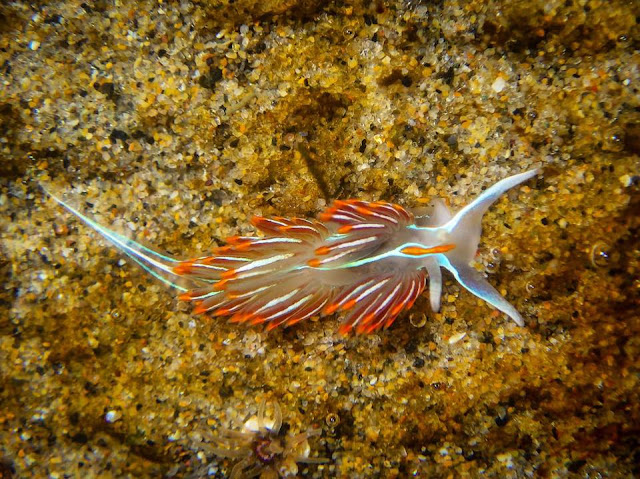 We went back to the car for snacks and beverages and had a little picnic in the shade.  Revived, we returned to the rock for sunset.  Pelagic and Brandt's Cormorants were flying in to roost on the rock. 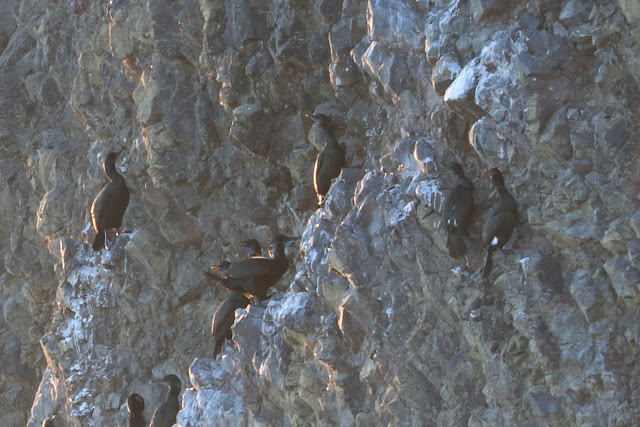 Just as the sun was setting a cormorant landed on one of the many rocks in the water and opened its wings.  The most majestic corm. 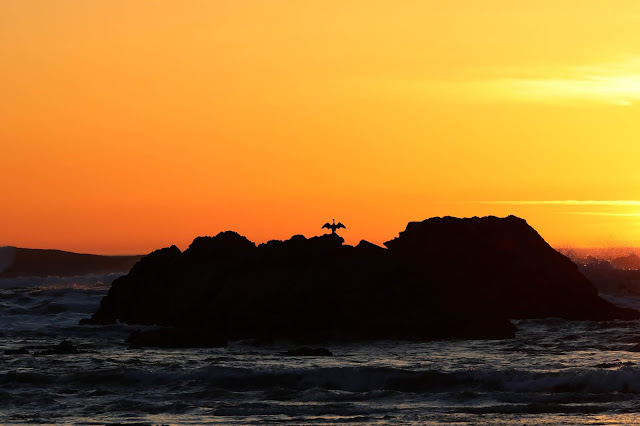 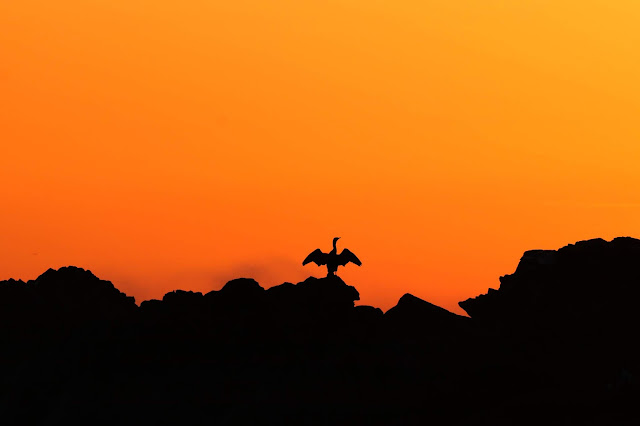 Overall it was a very full and fun day at the coast!   Good times!!! 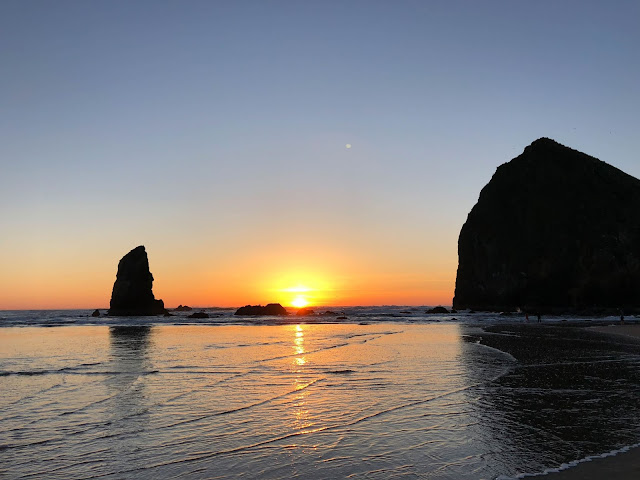