on September 26, 2019
Last weekend Jacob and I flew down to Austin to enjoy their hottest September on record and attend the wedding of a recovering bird blogger.  We arrived on Friday afternoon and had an Uber driver take us to Hornsby Bend Biosolids Management Plant (aka one of the best birding spots around).  Seagull Steve was flying in later than us and would meet us here with a rental car later. 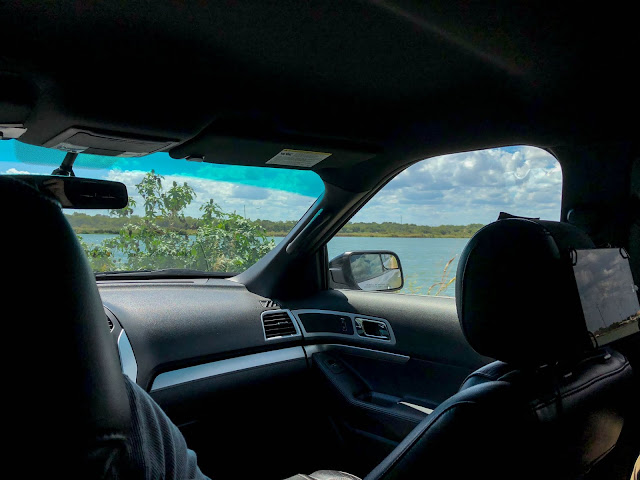 He dropped as off at the spot on the map called "Bird Shelter." 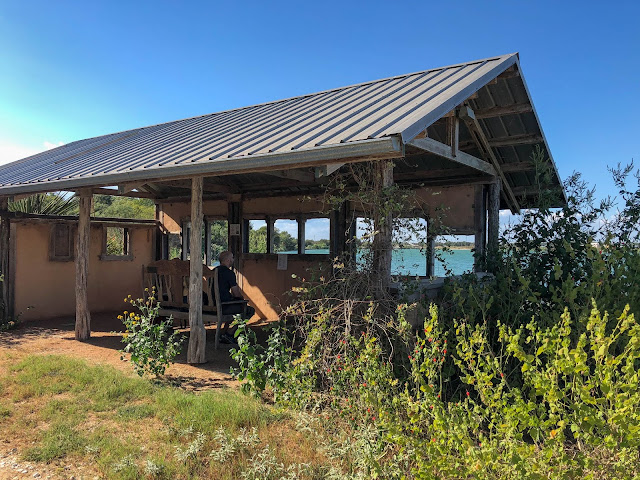 The first thing I pulled my camera out for was an armadillo crossing the road.  Lifer mammal!  Photos from our first encounter were poor, but a couple hours later we watched one foraging in the leaf litter for a long time. 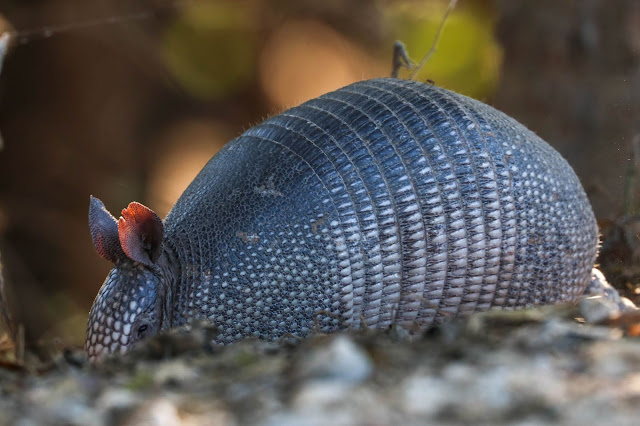 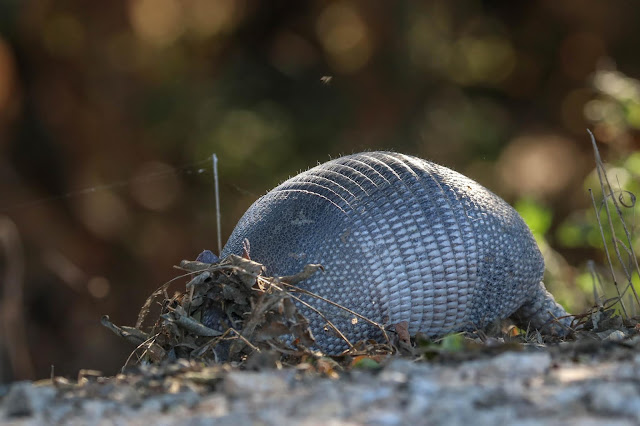 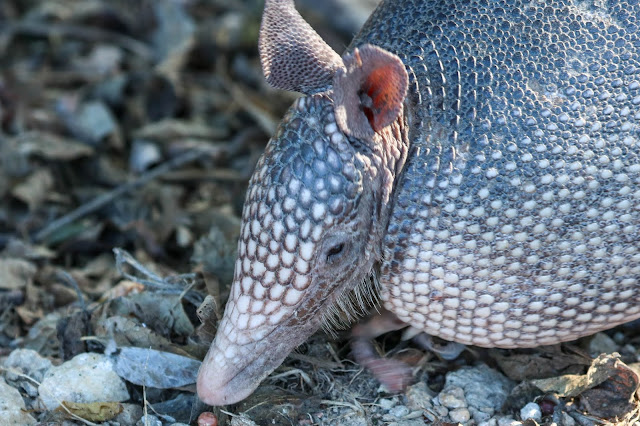 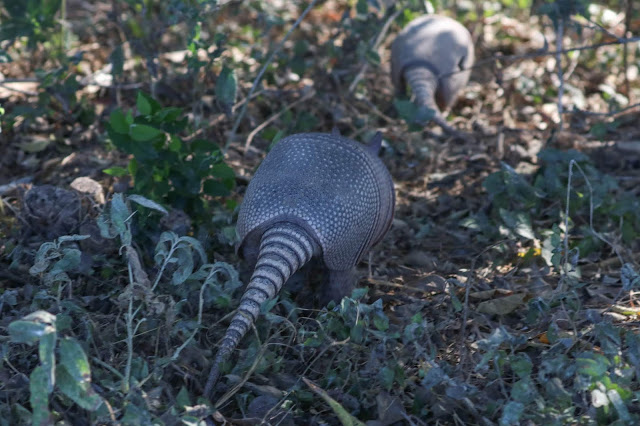 The Wikipedia entry on nine-banded armadillo taught me quite a bit.  Most surprising (to me) was how quickly their range is expanding north/northeast, and they're even expected to expand to parts of New England.

From the shaded shelter we decided to walk the river trail where there are lots of trees and shade, dragging our roller bag along with us.  Blue-gray Gnatcatcher was hands down the most abundant bird.  The trail leads to what appeared to be a big indoor sewage pond greenhouse. 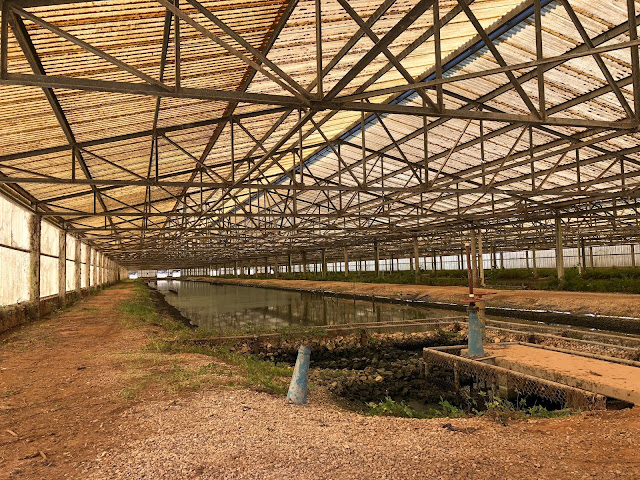 It was hotter and stinkier inside this building but the frogs did not seem to mind.  At the other end the trail continues to another pond and this one actually had a few birds.  Our only trip Wood Duck was here, along with some Blue-winged Teal, Killdeer, Least and Solitary Sandpipers, and turtles. 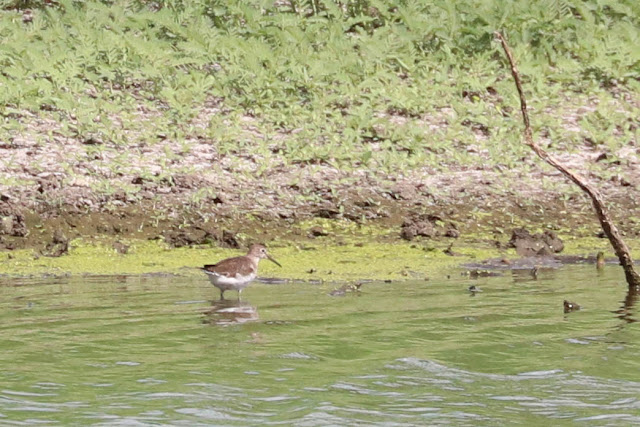 At this point some crazy-looking clouds were rolling in and we felt some sprinkles so we began to walk quickly back to the shelter.  Back at the shelter the clouds passed and no storm ever came.  A jumping spider looked down on us from the ceiling. 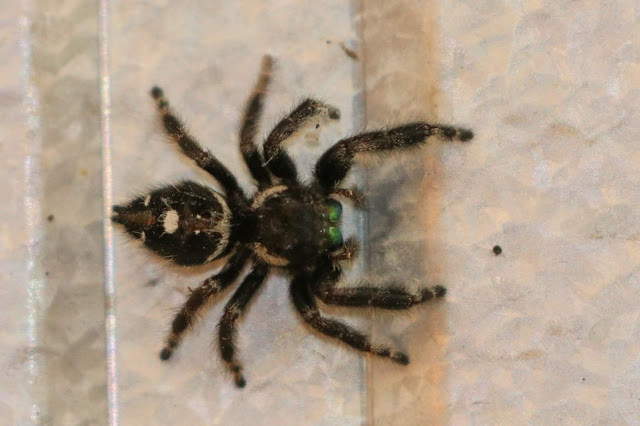 A couple hummingbirds were fighting over the flowers outside the shelter and one sat still for pics: 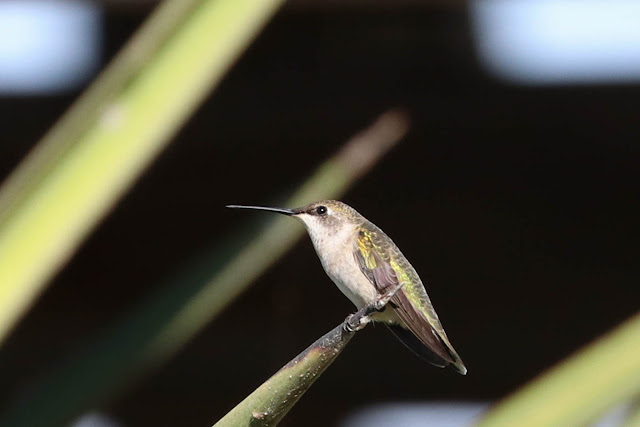 We decided this was a Ruby-throated based on the tail extending well past the wingtips, but corrections are welcome.

Just as we noticed an oriole hopping around in a bush, Seagull Steve arrived with the rental car.  The oriole escaped unidentified (probably Orchard) and we escaped into the A/C.  With the car we were able to explore the other side of the ponds and found some more fun birds. 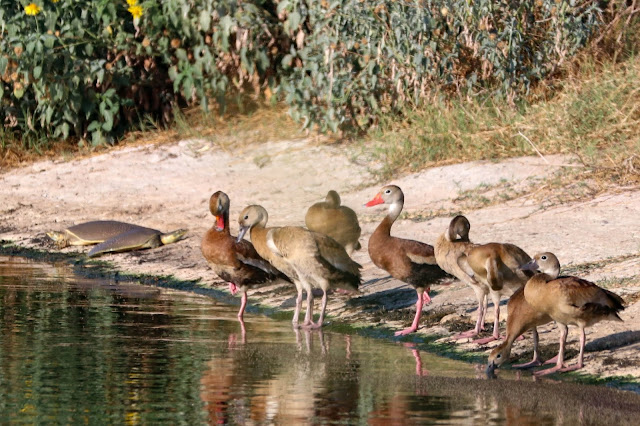 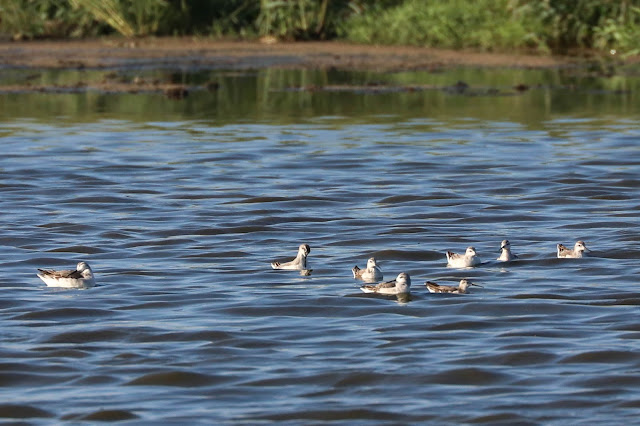 After a bit more birding we headed off to our Airbnb in East Austin.  Birding resumed the next morning with Steve's friend Ryan at Roy Guerrero Colorado River Park.

Early on Ryan gave a loud Barred Owl call since he had heard one here before.  A little while later we heard one call, then fly out of a tree across the river. 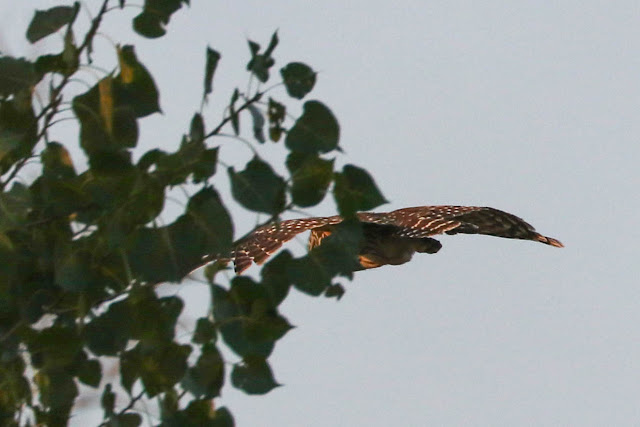 Pretty cool, though too fast for a decent photo.  We walked around some of the trails picking up several trip birds including Vermilion Flycatcher, Cave Swallow, Little Blue Heron, White-eyed Vireo, and Red-bellied Woodpecker. 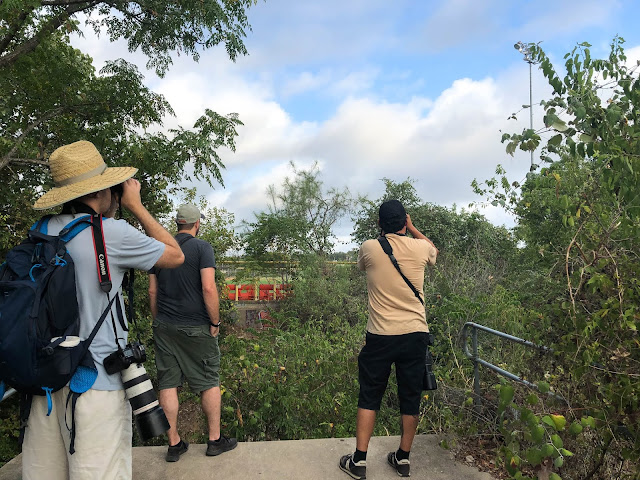 In the ball fields near the parking lot were tons of Great-tailed Grackles mingling with starlings and Monk Parakeets. 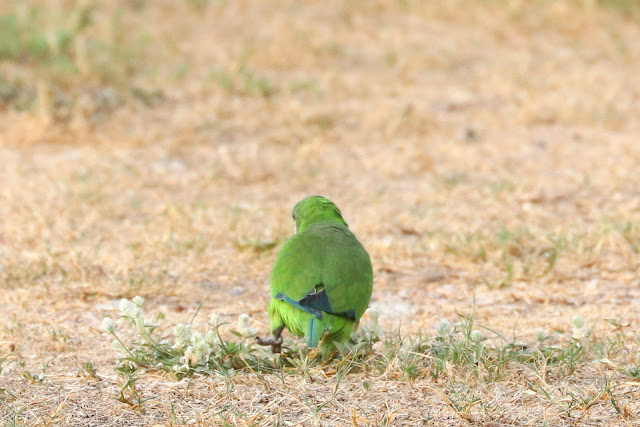 This trip was full of bad photos.

As we were driving out the exit we noticed kingbirds in the tree next to us, Couch's Kingbirds.  A lifer for Jacob!  We held up traffic for a minute, then headed back to Hornsby Bend where the Scissor-tailed Flycatchers were waiting for us. 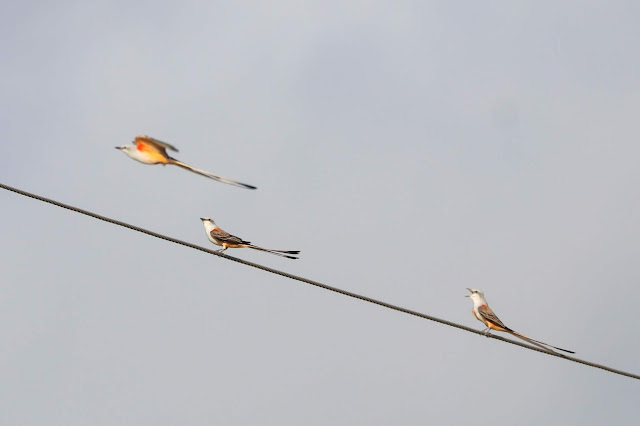 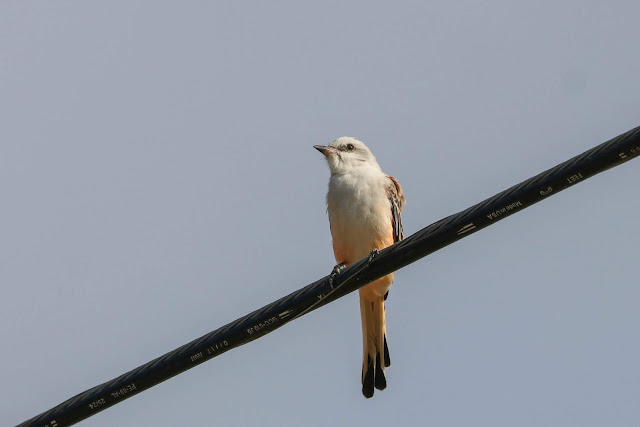 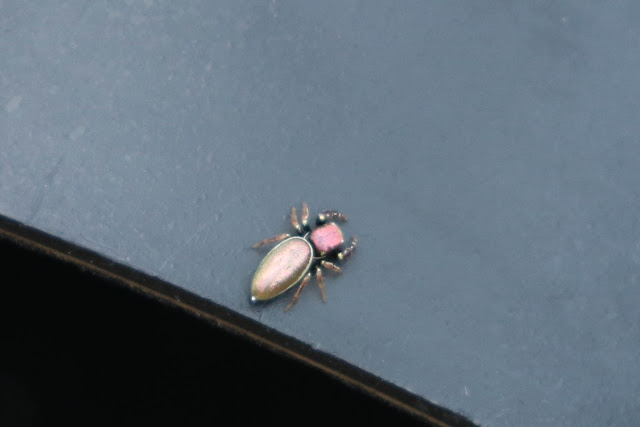 Also around were tons of these bordered patch butterflies: 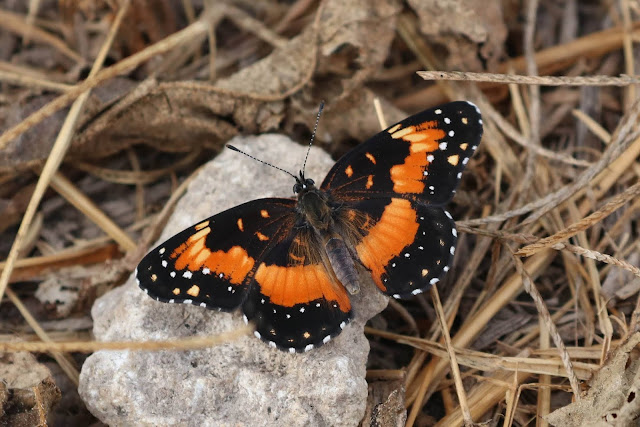 There were lots of distant shorebirds here which are my least favorite kind.  We ventured over to the river trail again but this time I managed a life bird!  Ryan spotted a Yellow-billed Cuckoo perched in a tree which promptly flushed when I tried to approach.  This happened a few times before it finally sat still long enough for me to see. 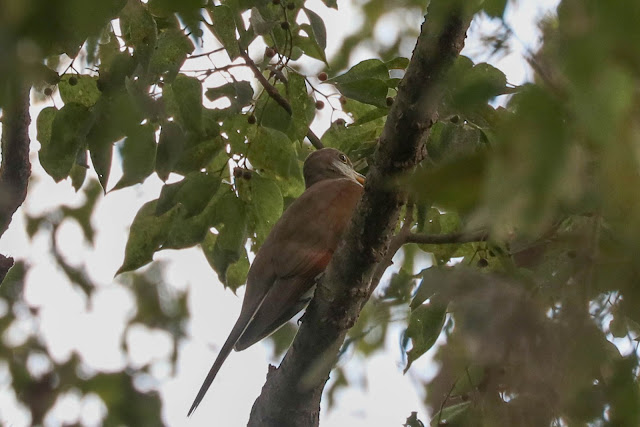 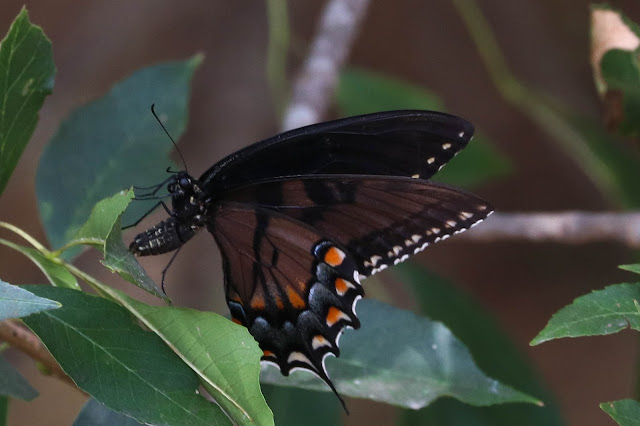 We called it quits in the late morning after I was completely soaked in sweat.  Complete checklist from Hornsby Bend here.

Sunday morning we checked out Barkley Meadows, just east of the airport.  Again, Blue-gray Gnatcatchers were our constant companions. 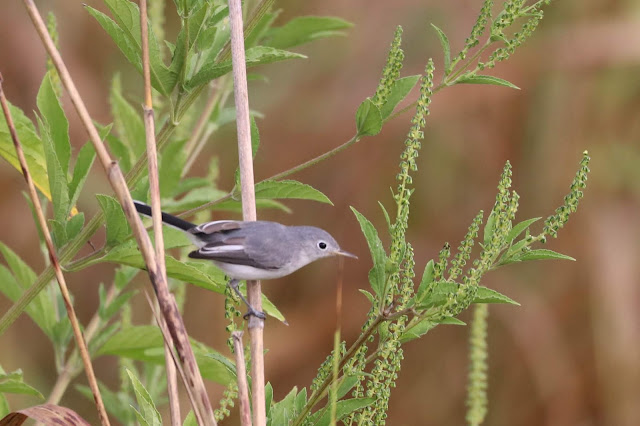 A Least Flycatcher sat still for a second. 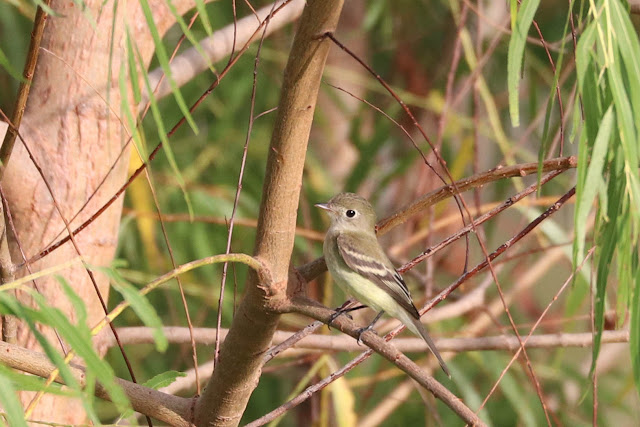 We had more trip birds in the area including Neotropic Cormorant, Yellow-crowned Night-Heron, Baltimore Oriole, and Crested Caracara. 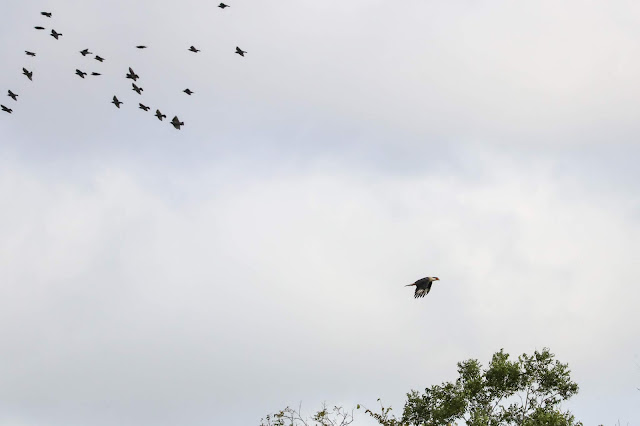 There was a lump in a tree that I tried to turn into an owl, then decided it was a clump of leaves.  Now I see it was actually a bee hive. 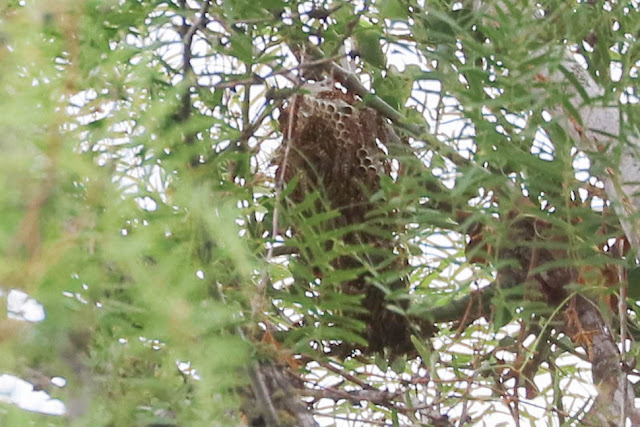 After birding it was time to pack up and head out.  It was a fun but extremely hot and sweaty weekend with one life bird for me, three for Jacob, and a lot of weird medical/physical mishaps.  Oh yeah and a wedding.  Congrats to Nate!  Good times!!
Armadillo Barred Owl Blue-gray Gnatcatcher Crested Caracara Least Flycatcher Monk Parakeet Ruby-throated Hummingbird Scissor-tailed Flycatcher Wilson's Phalarope Yellow-bellied Cuckoo