on October 03, 2019
Sometimes I go out birding and find myself questioning every bird ID because I didn't see it that well or hear it that well.  Sometimes I start mixing up chip notes.  Sometimes I mix up finch songs, accipiter shapes, goose calls, or take fifty photos of a distant Savannah Sparrow because it looks weird.  Some days I feel like a terrible birder that is only getting worse.

It has that no-neck look, a shorter tail, wings pushed forward, etc. Anyway.  Then I posted this photo of the same hawk on Instagram that I thought looked cool as a photo quiz: 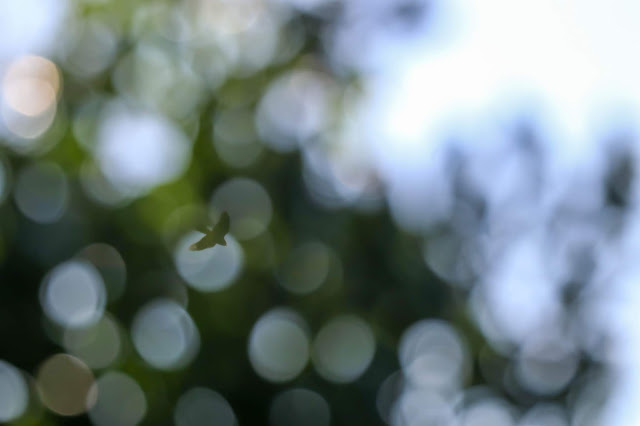 Someone guessed the ID on the first try.

I overthink bird ID's sometimes while other times I don't think hard enough.  I recently told someone that a Green-winged Teal they had posted was a Mallard.  It was embarrassing as you can imagine, and I decided to start actively trying to get better.  I joined the Facebook group "What's this Bird?" to follow various ID posts and hopefully learn some things.

Here are the first two things I learned from this group: 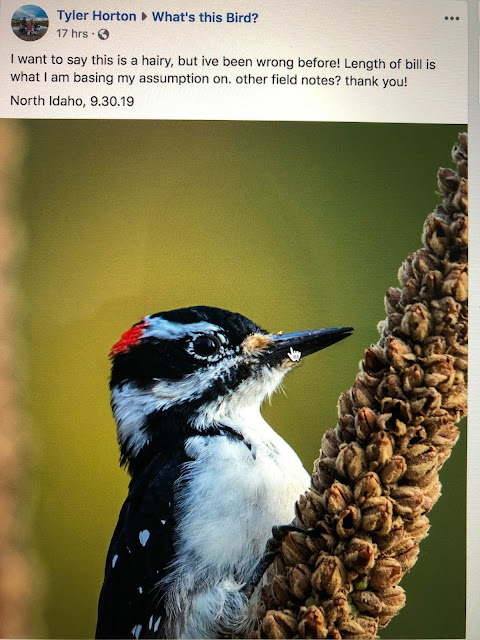 I had no idea that was a field mark. 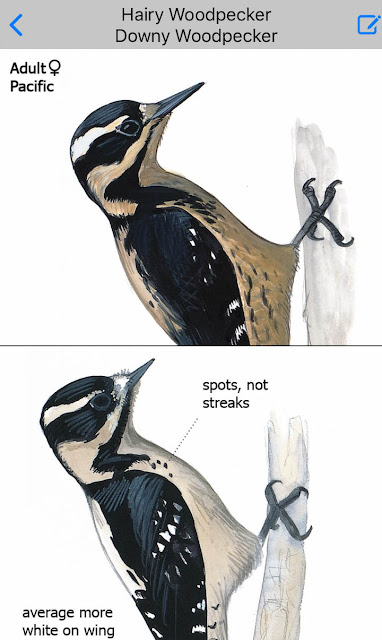 A picture of a bird was posted that appeared to be a streaky drab sparrow.  A well-known Oregon birder suggested it was actually a finch and quickly was shut down. 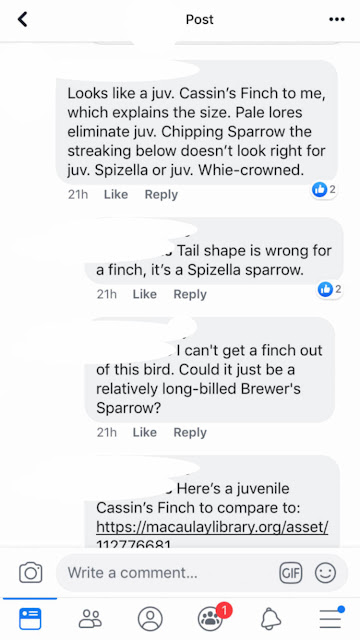 Other well-known birders debated the bird and I believe landed with most thinking juvenile Chipping Sparrow and maybe one still thinking White-crowned.  The only thing completely agreed upon was that birding is in fact hard.

When a Tropical Kingbird turned up in Newport recently a birder commented that if it wasn't heard it should be recorded as Tropical/Couch's.  He suggested a vagrant Couch's could be overlooked here since everyone assumes the fall kingbirds here are Tropical.  It was an interesting point and not something on my radar.  I appreciated the debate that ensued but not everyone did. 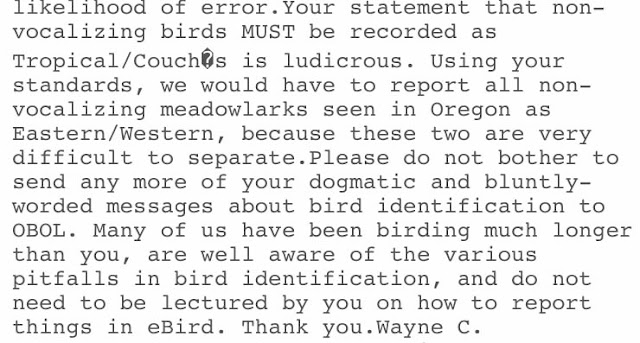 Here is a good example of a good birder being a bad birder.  Instead of being open to discussion, this birder plays the whole "I've been birding longer than you've been alive" card to defend the fact that he refuses to consider new ideas. I agree, the bluntly-worded messages are not winning the original poster any friends, but I like the discussions that they initiate.

A response to Wayne's post from the opposite end of the spectrum: 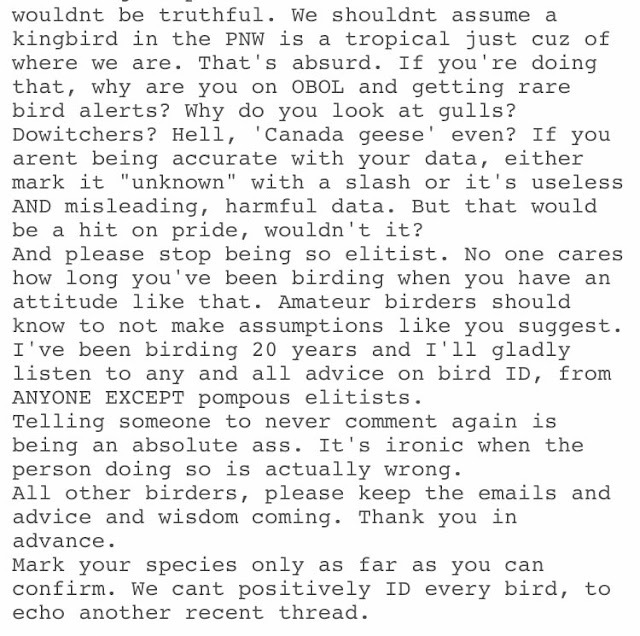 So what does it mean to be a good birder?  To admit every bird cannot be identified?  To base your identifications on what is possible rather than what is expected?  To be open to discussion?  In a recent What's this Bird? post someone questioned their own ID skills when presenting a photo and someone replied:

There it is.  You need to know what you know, and know what you don't know.  Which is hard because you don't know it.  Know what I mean?  I used to call every dowitcher in the Portland area a Long-billed because that was the more expected one.  At some point I learned that Short-billeds occur often enough that I should not do that and now always use LB/SB because I haven't studied them enough to distinguish them.

A couple years ago I eBirded Tree Swallows in October in my old patch, Blue Lake Park.  The local reviewer, Jay Withgott, contacted me and asked if I was sure about the ID because Violet-greens are actually far more common that time of year.  I had thought the opposite was true.  Now I'm more careful with swallows, especially Tree/Violet-green in fall.

Birders are wrong all the time.  It's something that takes some getting used to as no one really likes being wrong.  But with birds that is just how it is.  Birding is hard.  But being a bird is harder. 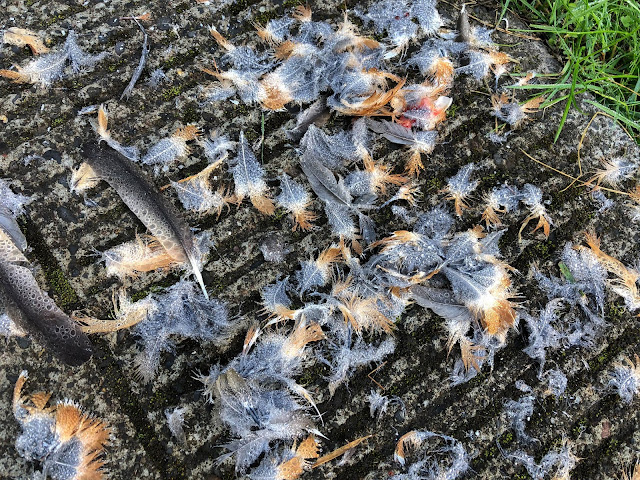