on February 15, 2020
This year I've continued to bird a couple of the less birded counties of Oregon along with one medium-birded county that I had not spent much time in, Linn County.  I spent the day there recently adding 54 new county birds to my list there.  First I stopped along Kamph Drive where Lewis's Woodpeckers had been reported. 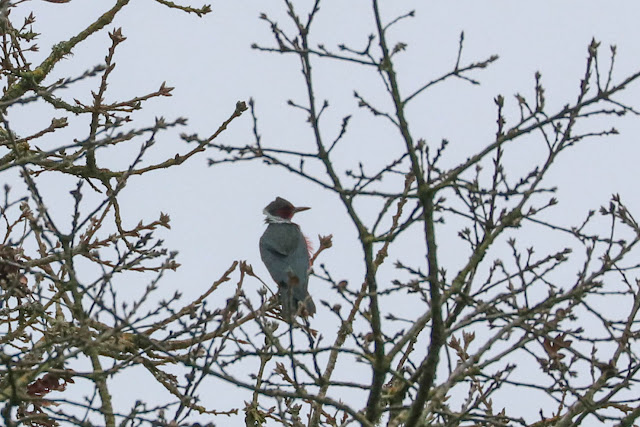 I also picked up Bald Eagle, American Kestrel, California Scrub-Jay, and Common Raven for the county.  From there I headed into Albany to visit Talking Water Gardens, a fancy wastewater treatment spot that Nick and Maureen recommended. 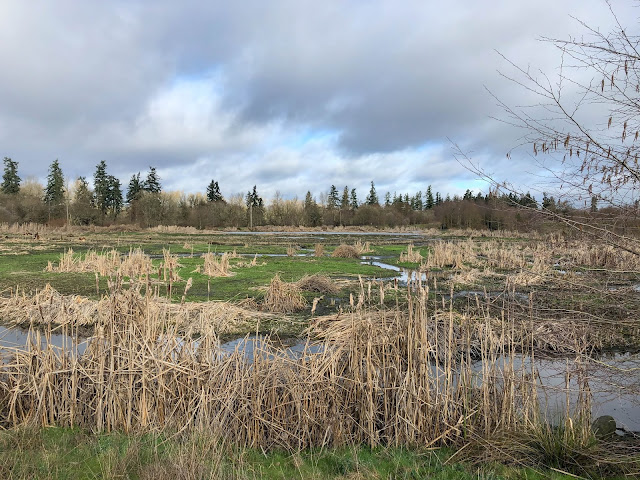 This was a birdy spot indeed and I added about 20 county birds here alone. 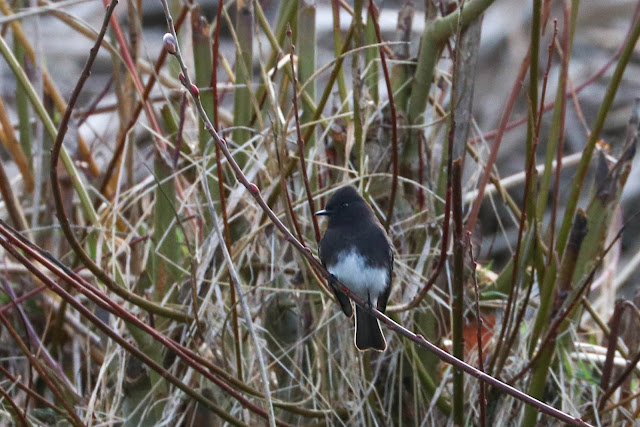 Across the street from Talking Waters is Simpson Park where I found even more birds and a ton of mud.  I didn't bird as long as I could have here and still managed 9 more county birds. 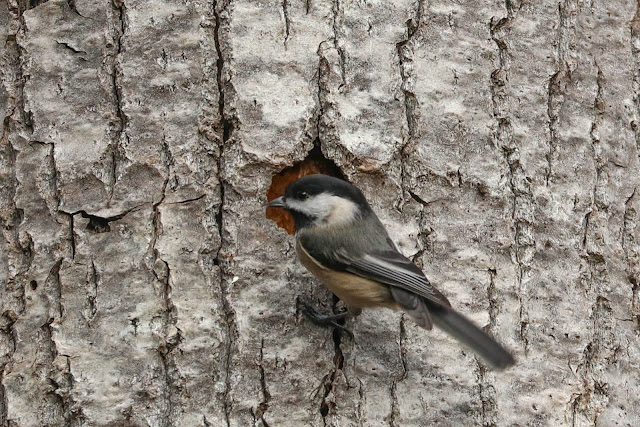 I was eager to check out the farm roads south of here and I started with an unplanned drive along Holmes Drive.  I had seen some ducks from the main road and this side road offered decent views. 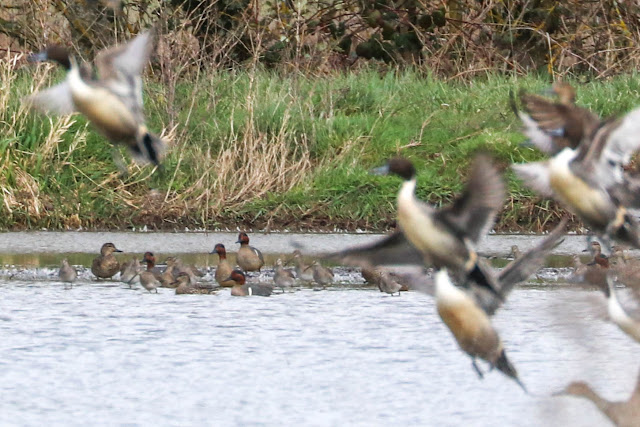 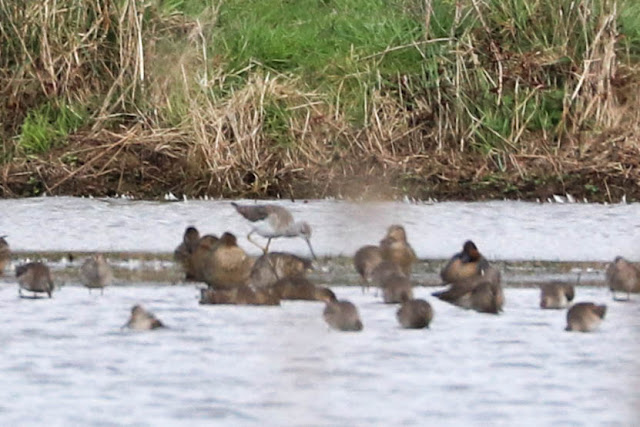 I continued on south to Belts Drive and was psyched to find a massive flock of county birds, Dunlin! 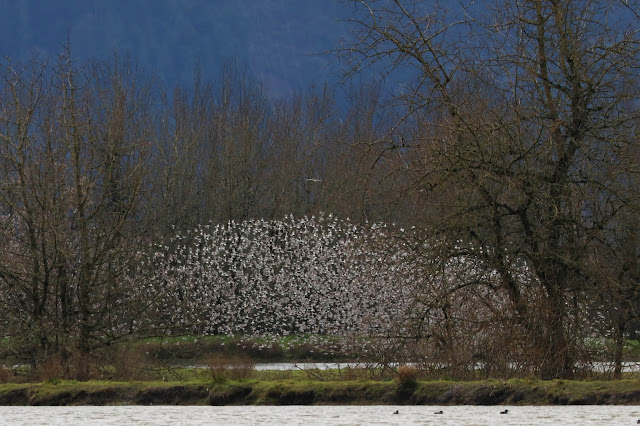 Some roadkill caught my attention on the side of the road... 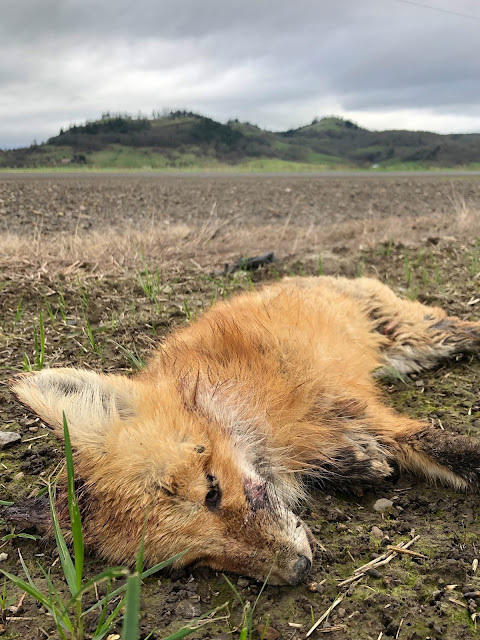 My first Oregon fox!  I had no idea that red foxes were in this area.

Back north on Highway 99 I stopped for a gull field where I found Mew, Ring-billed, and Glaucous-winged Gulls. 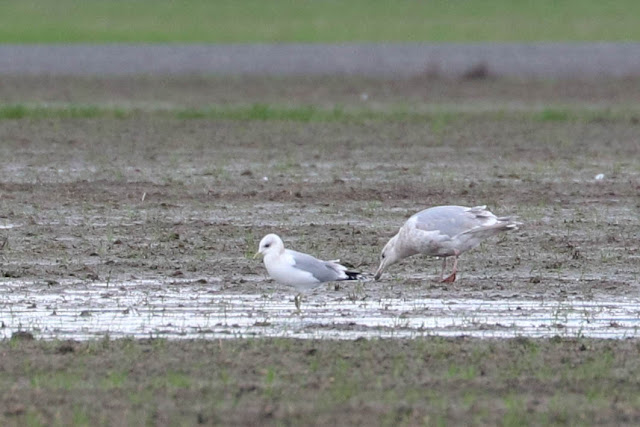 Then I headed to a spot where there had been lots of reports of Burrowing Owl. 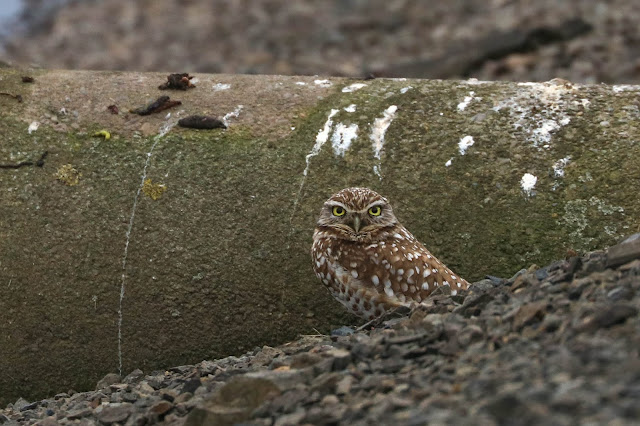 A Rough-legged Hawk, Horned Larks, and a rare-ish Snow Bunting were also around. 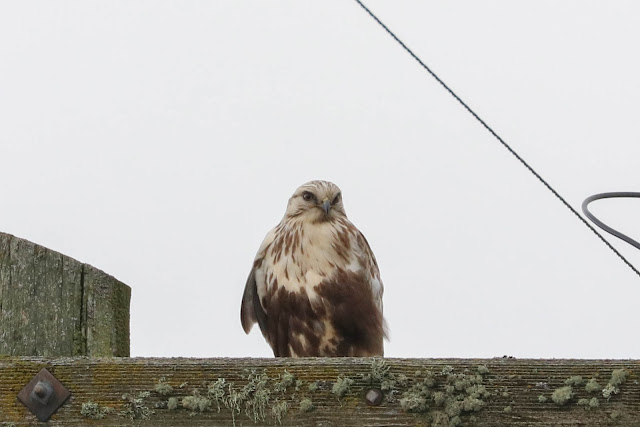