March in the LC

on April 07, 2020
Remember the first half of March?  Back then we still went to the store casually, without face masks or anxiety.  I went to the nursery and bought plants.  We drove places to go birding.  It was a different time. 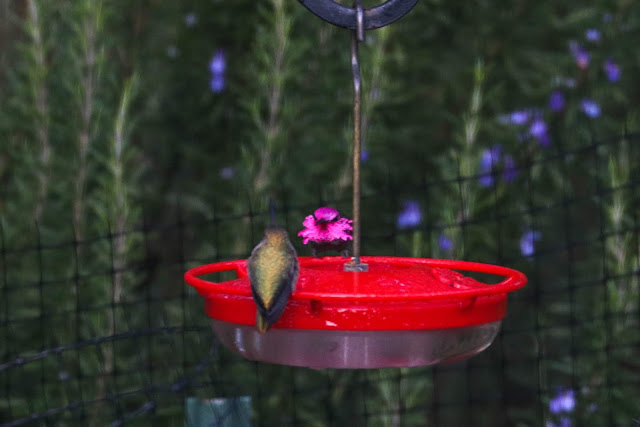 One morning Jacob and I went up to the clearcuts near us to see if we could find recently reported bluebirds.  Conveniently a flock was waiting for us where we parked at gate 2200. 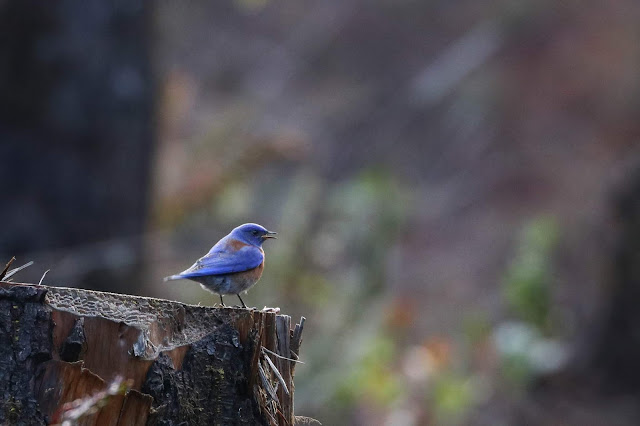 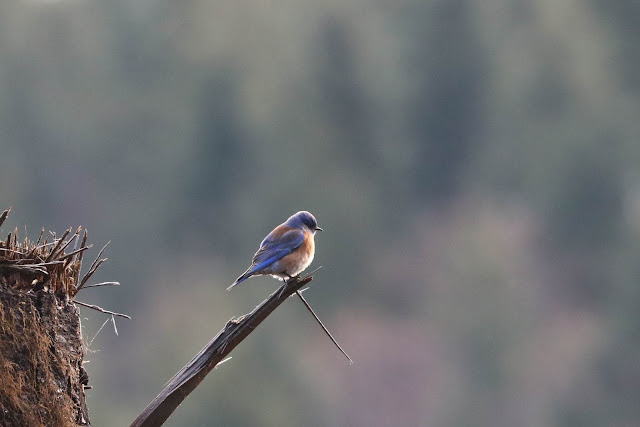 One afternoon we drove down to Newport to check out a spot we had never visited, Sally's Bend on Yaquina Bay.  It's a popular birding spot but somehow I had avoided it for years.  Right away we saw some county birds, Canvasbacks! 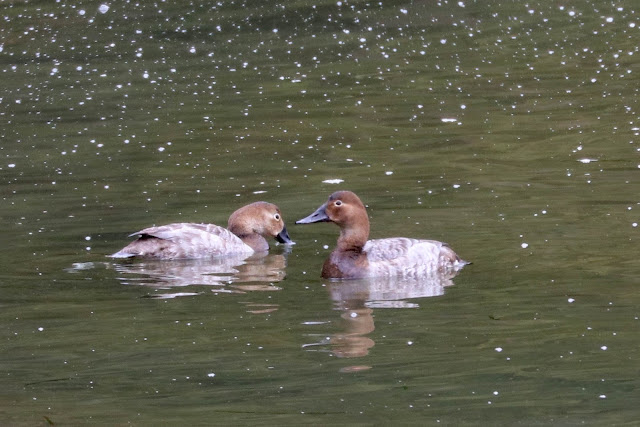 This is a good spot for Eurasian Wigeons with sometimes ridiculous numbers reported. 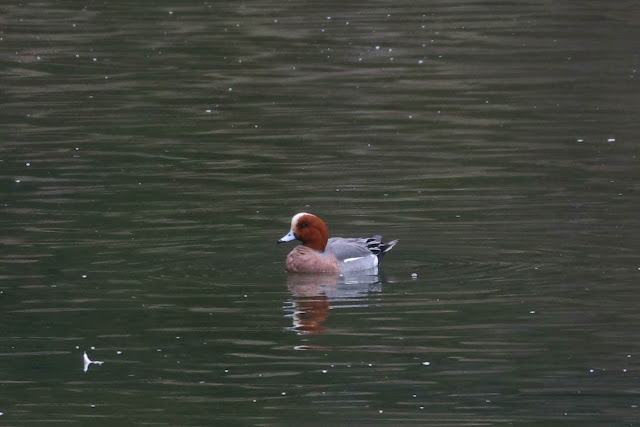 After birding this spot we went over to the South Jetty where Red-breasted Mergansers were trying to seduce each other. 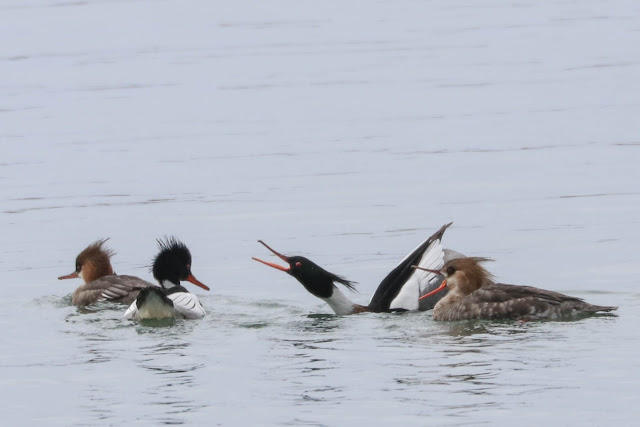 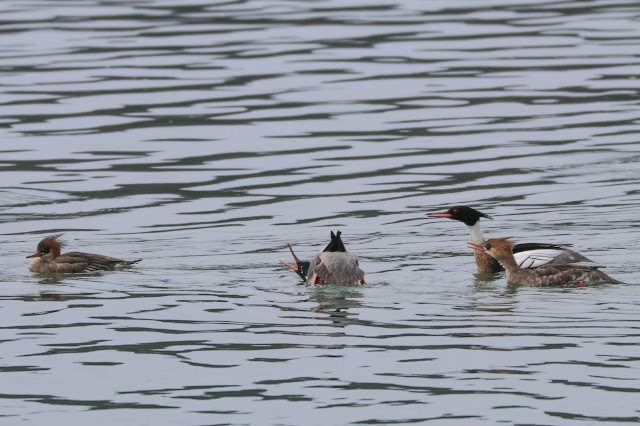 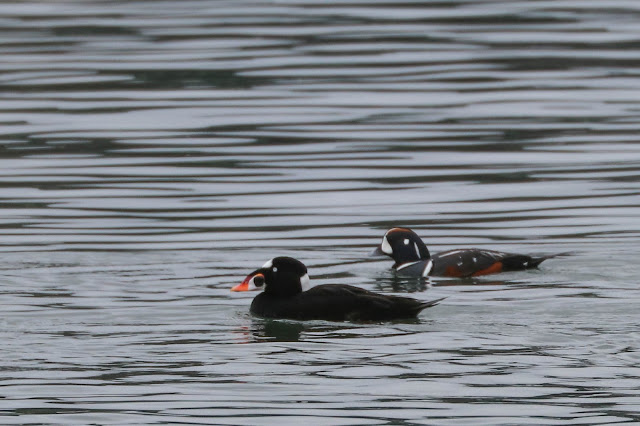 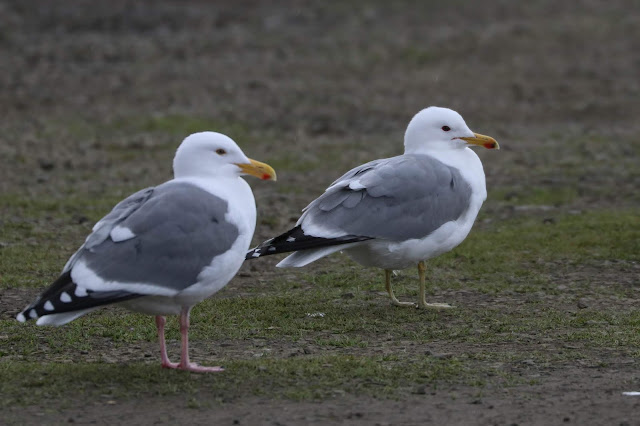 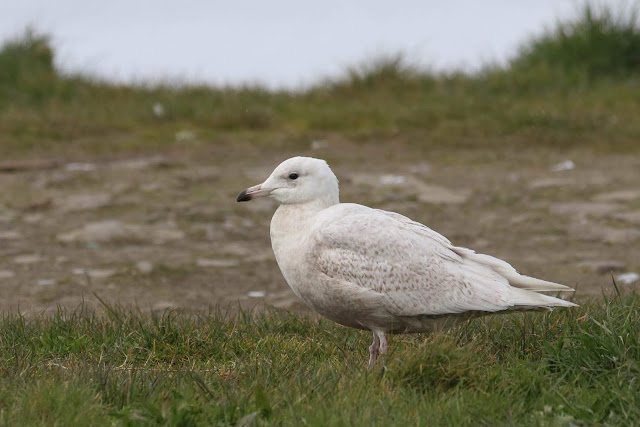 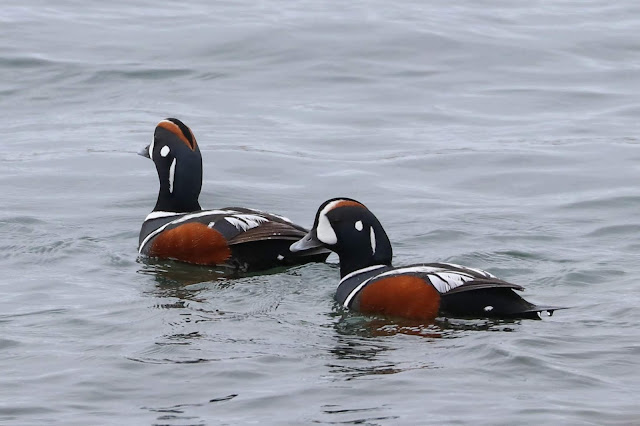 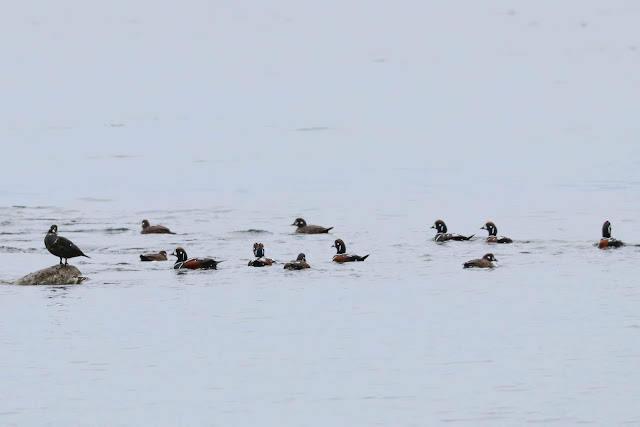 In mid-March someone found a Burrowing Owl near the tip of Salishan Spit which turned out to be barely inside our 5MR. 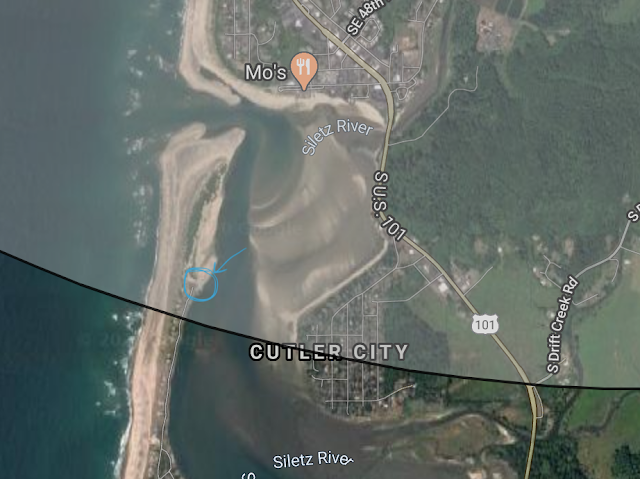 The spit is unfortunately a long gated road of private residences so to get there you either have to sweet talk a guard or trek out there from the Salishan Nature Trail.  We did the latter and the owl was there! 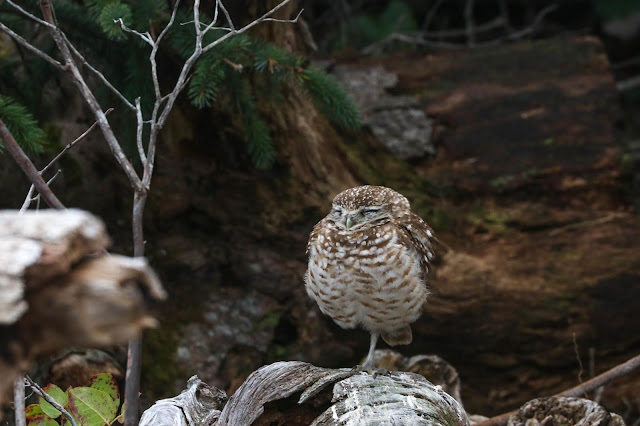 One morning I went to finally check out Rock Creek Marsh on the east side of Devils Lake.  Access involves walking along East Devils Lake Road which isn't too busy. 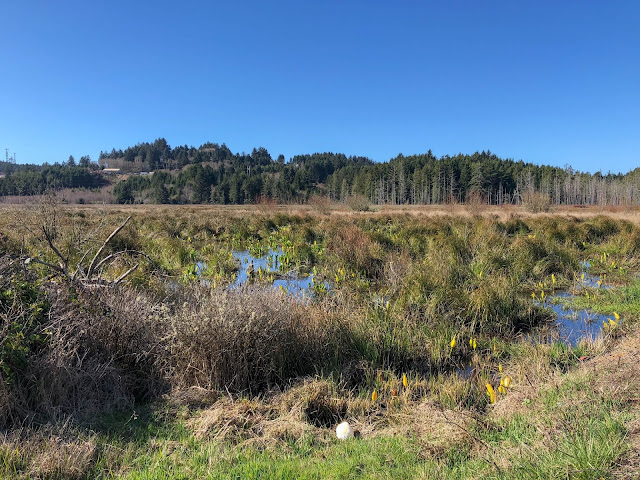 A Virginia Rail called right when I arrived, a new 5MR bird.  Marsh Wrens were conspicuous along the whole stretch of marsh. 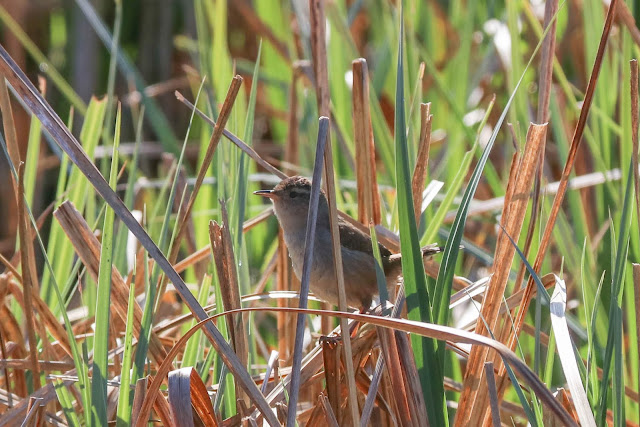 I think these are frog eggs with tiny tadpoles ready inside: 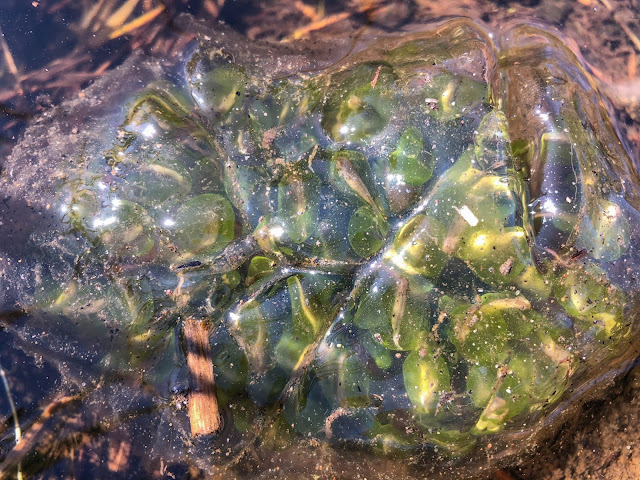 On my walk back I noted some chickadees in the shrubs then heard what sounded like a bird fight.  I looked over and saw a bird or two drop to the ground behind some grass and continue to make noise.  I walked back over to see what was going on and found this: 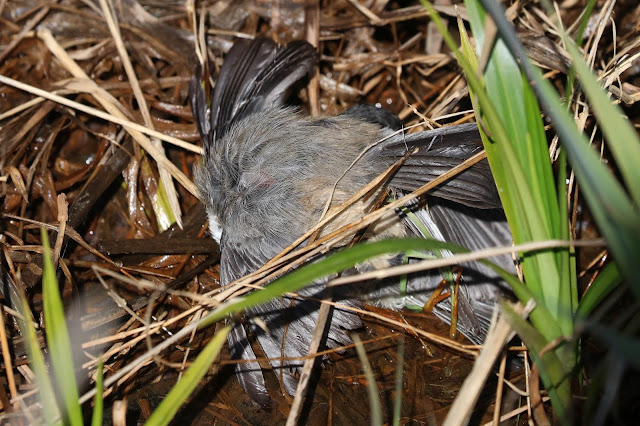 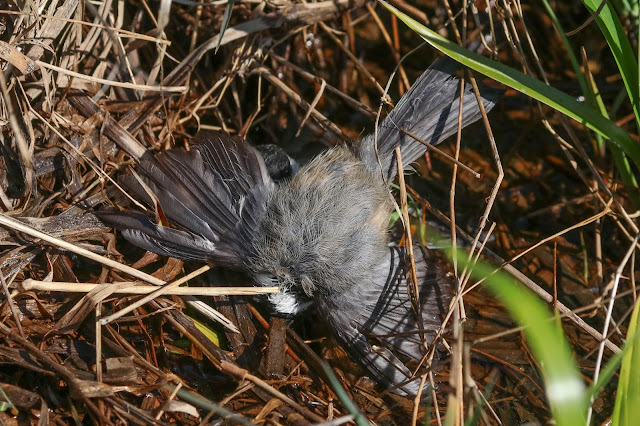 Two chickadees laying in the marsh, not moving.  Did they fight to the death?  Are they taking a nap after copulating?  Did they get hit by a car and I didn't notice?  Are birds just dropping dead now?  I couldn't reach them because of the water so I got a stick and tapped some grass close to them.  They both fluttered up into the willows and shook off.  Damp, but okay.

The last birding outing we made before the Stay Home orders were mandated was up to the Immonen Road clearcut (aka Phil's clearcut).  It's not in our 5MR but we had been curious about it.  There was some fog rolling around but as we walked up into the clearcut it turned into a weird fog rainbow thing. 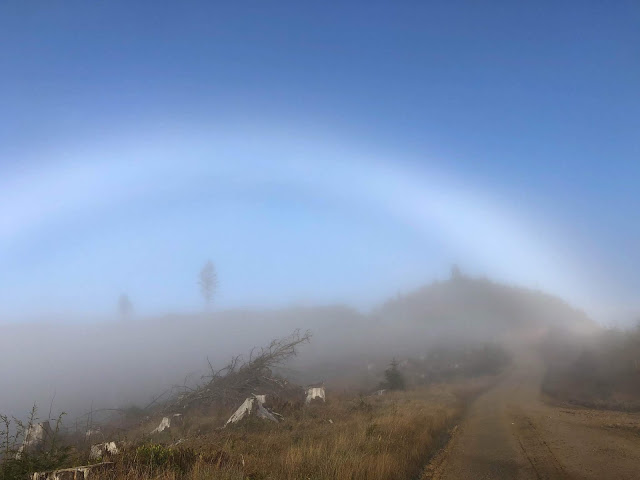 We heard a Mountain Quail calling almost immediately which was awesome.  The fog disappeared at our level and Jacob hopped up on a mound of rocks to take a scenery shot.  A surprised quail flushed below him on the rocky slope. 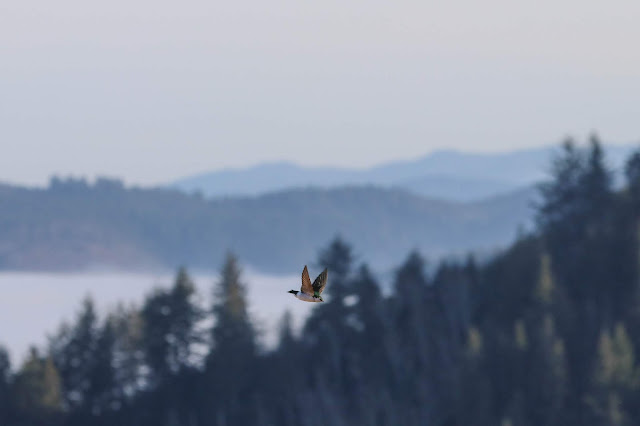 We walked around enjoying the stunning views, especially with the fog still moving below us. 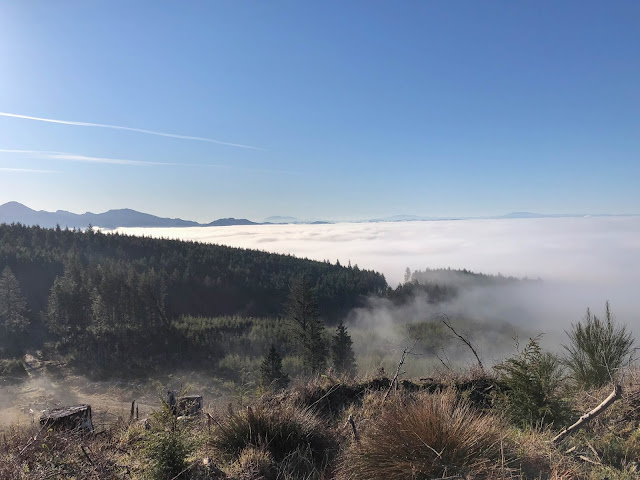 It was a very cool spot and I hope to get back up there this spring (or next) depending on how this whole COVID-19 thing plays out.

For now, we are still hanging out in Lincoln City though we are bringing all of our supplies with us from Vancouver, including gas.  Our birding is limited to walks from home and we are doing our best to have as little impact as possible.  Luckily there's plenty of yard work and we can walk to the beach! 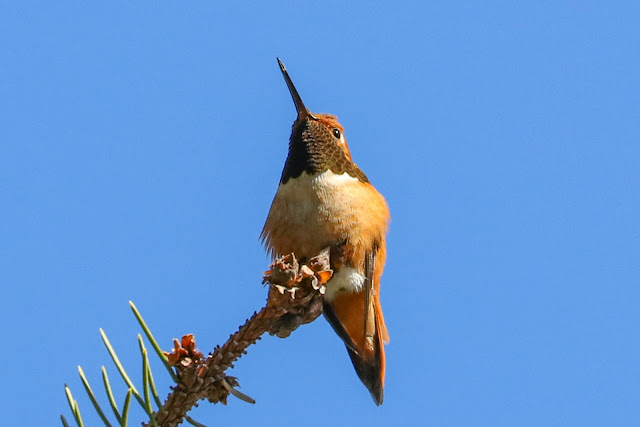