On New Years Day Jacob and I were heading back to Vancouver from Lincoln City which allowed for a quick accumulation of year birds. I stopped for some continuing Snow Geese in a flock of Canadas in Otis and a Trumpeter Swan that had been standing alone in a field along Highway 18 for a few days. 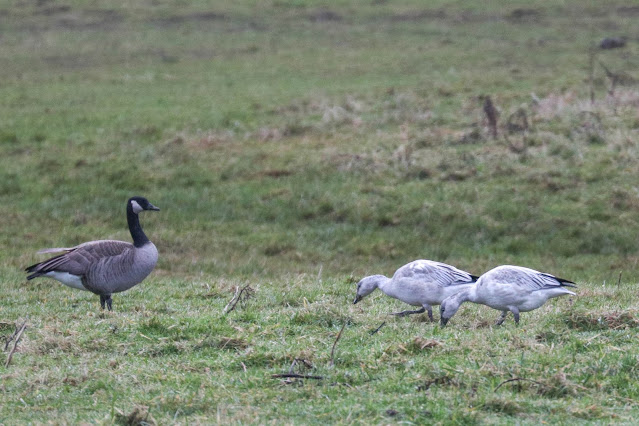 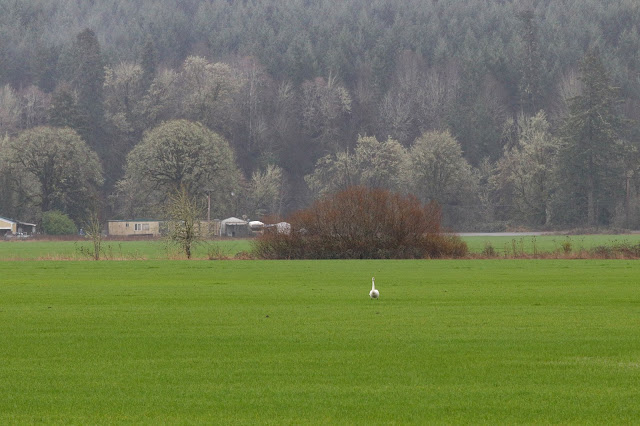 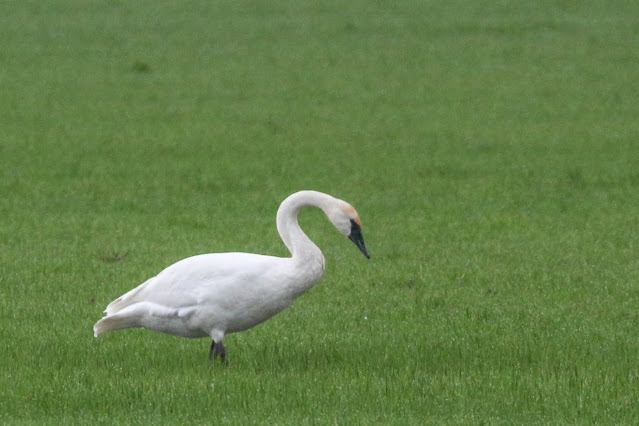 In the afternoon we went to visit the Orchard Oriole in Portland and found it using the nearby hummingbird feeder.  I didn't take photos on this day so here is one from the week before: 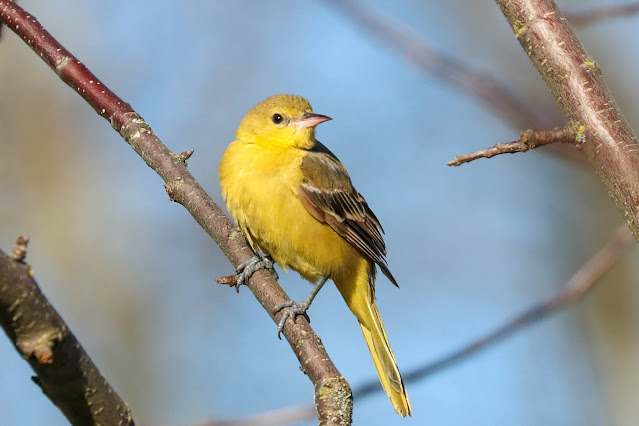 Over the weekend we took a day trip east of the Cascades where more year birds were racked up like this sassy Great Horned Owl: 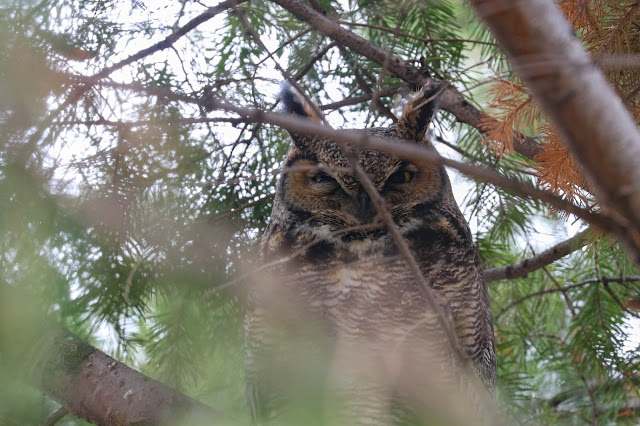 An American Dipper was another pleasant year bird: 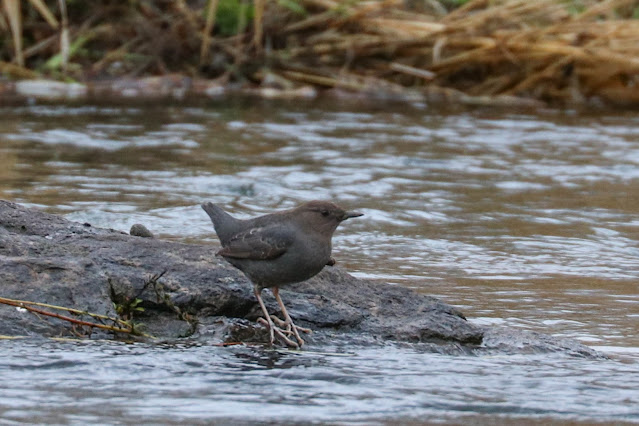 Best of all we each were able to spot a roosting Northern Saw-whet Owl.  Jacob found the one that offered better looks: 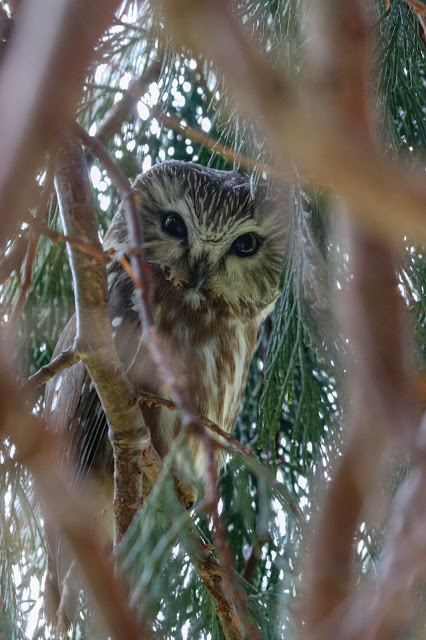 While I found the one that offered a view of its toes: 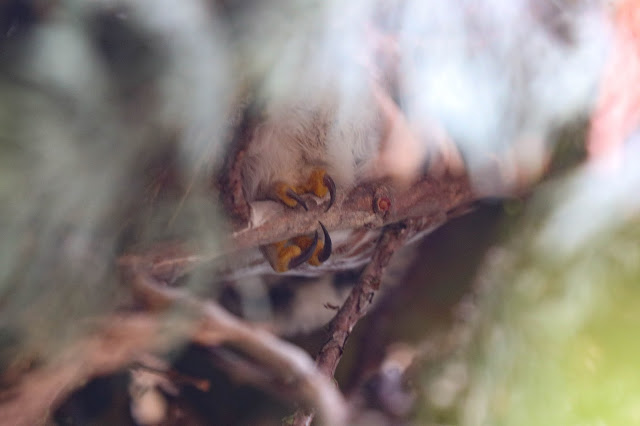 We also took a trip out to see the Yellow-billed Loon at Hagg Lake. 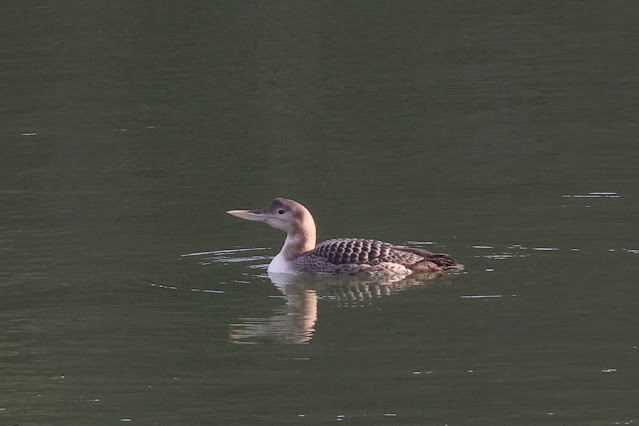 Back in Lincoln City there were more birds... 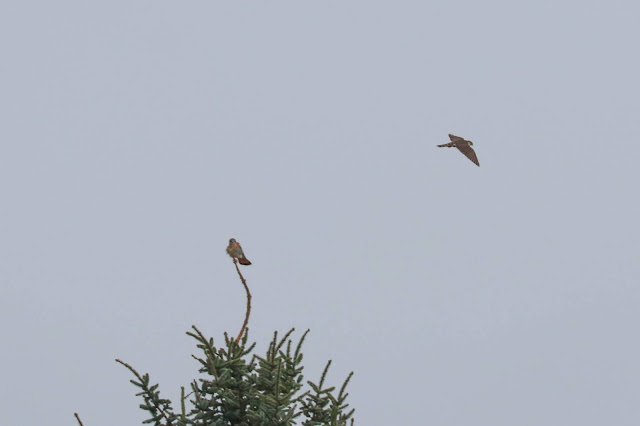 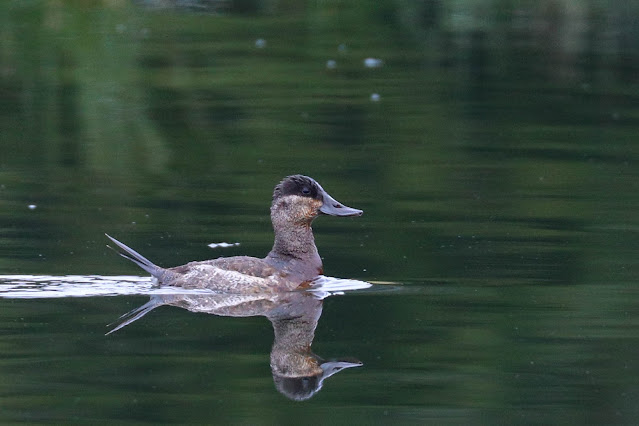 Ruddy Duck at the sewage ponds 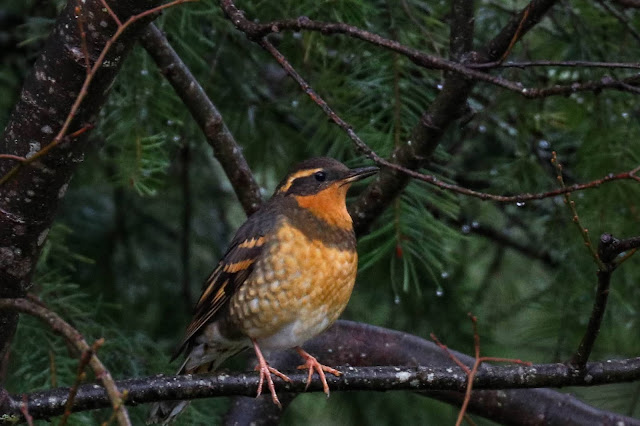 I checked out a new-to-me spot on Siletz Bay that is at the very edge of our 5MR. My new scope made it easy to see a ton of great birds like a Black Turnstone on a floating log.  A few eagles were around and two flew in rather close to me with a dead scoter (I think). 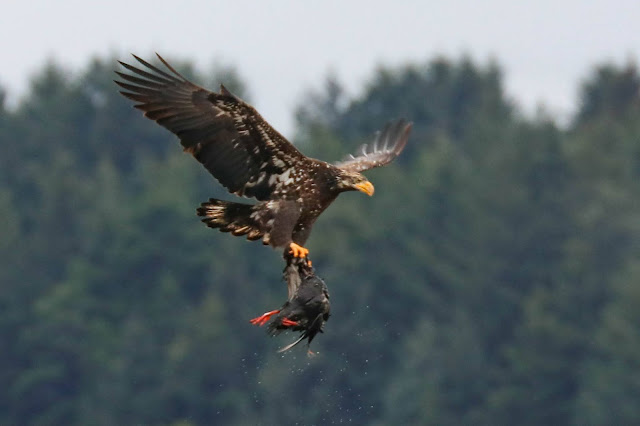 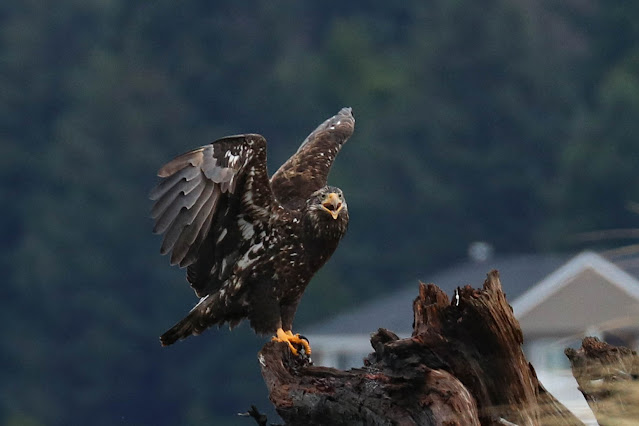 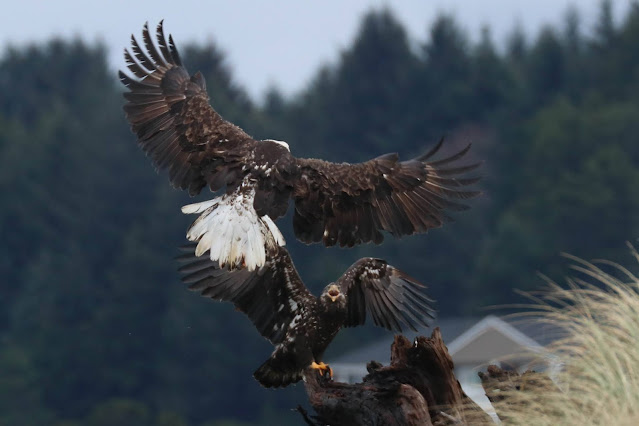 I thought they were going to really fight over the dead duck but instead they both flew down to the water and were still there when I left.

One morning I drove up to Nehalem to see the Hooded Oriole that's been around. It took about 20 minutes of standing in the rain before it finally popped out of some ivy. 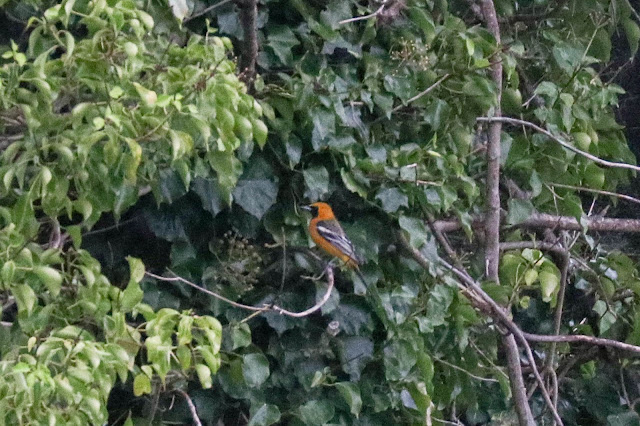 Lastly, one of the big bucks that came through the yard the other day: 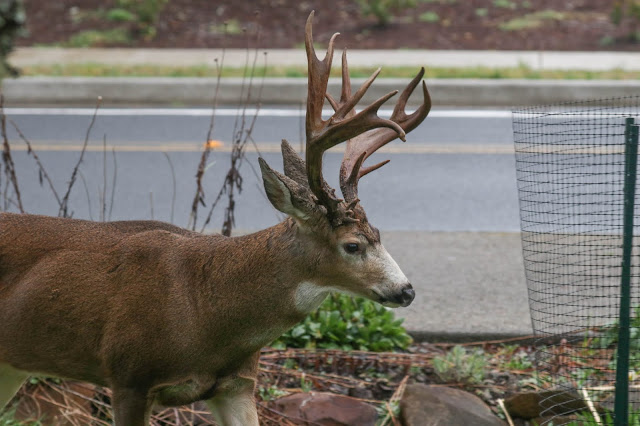 Even though our house is in a neighborhood with lots of deer people still stop their cars and stare at them.  This buck caused a traffic jam with some honking.

That's it for the first week of 2021 bird-wise.  Hope you're all staying sane, healthy, and hopeful.