This weekend was packed with birds!  On Saturday Jacob and I took a day trip east of the Cascades to look at some year birds and some classic Oregon scenery. 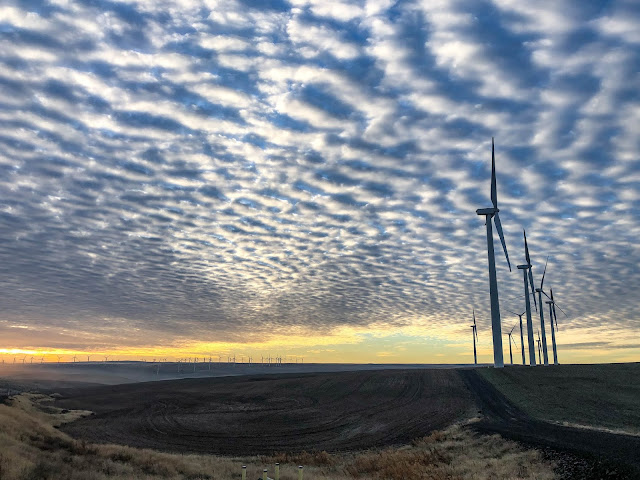 We stopped for the Tricolored Blackbirds along Highway 206 in Sherman County that Russ Namitz recently found and managed to see a handful.  It was below freezing though so we didn't stay long and I didn't get a photo.  Next we stopped for a bird that I had looked for several times but recently realized I was looking in the wrong spot.  Looking in the right spot yielded success: 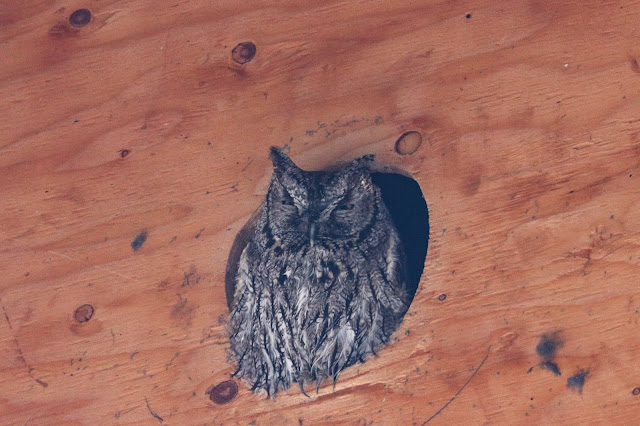 Western Screech-Owl!  Perched in its nest hole like everyone says.

We made our way east past Condon to an area where a massive flock of Gray-crowned Rosy-finches was reported the day before.  No luck but I did manage to misidentify another birder that we compared notes with. Turns out there is more than one bearded birder under 50. 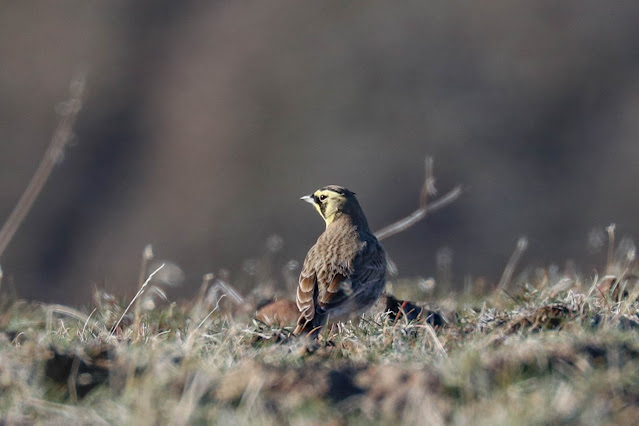 We ended up doing a big loop on roads that I used to drive for my Gilliam raptor survey but never saw any rosy-finches. There is one area with a bunch of animal pens and some structures that always seemed abandoned and on this day a truckload of camo-wearing bros were lined up shooting at something in the pen (cans maybe).  We were going to keep driving but then Jacob noticed a bird in the rearview landing on a telephone pole.  It was a Great Horned Owl!

We turned around as the owl flew to some trees on the roadside, joining a second owl.  Clearly they were displaced and upset by the shooting. 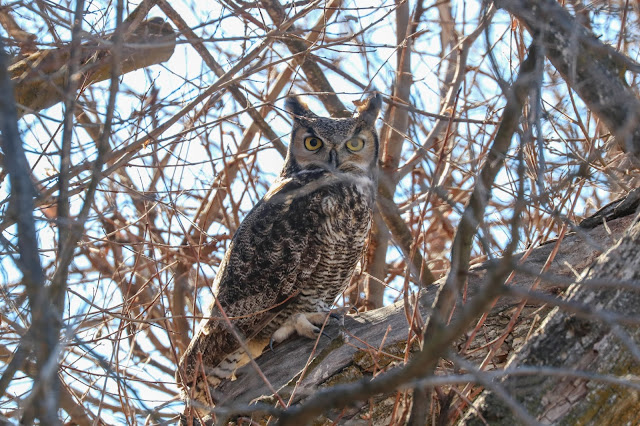 Us staring at them wasn't making their day any better so we got out of there quickly. 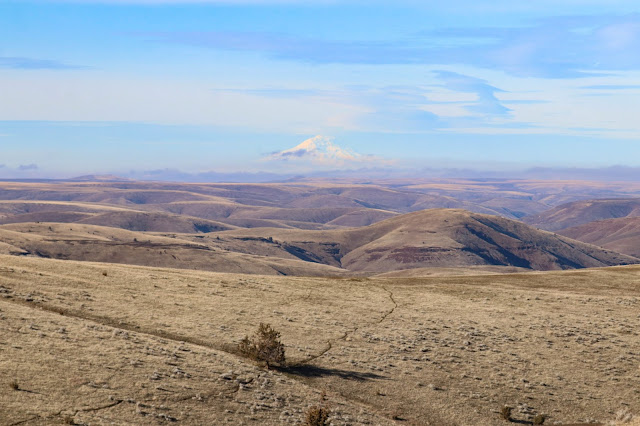 We picked up some more solid year birds on our loop like Golden Eagle, Prairie Falcon, Northern Shrike, Townsend's Solitaire, and Mountain Bluebird. 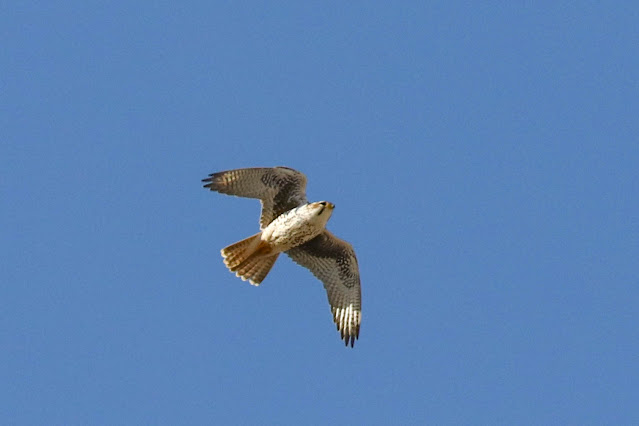 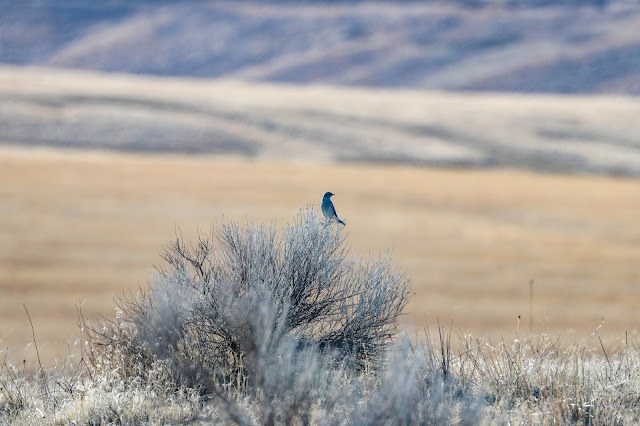 We had quite a few Rough-legged Hawks as well. 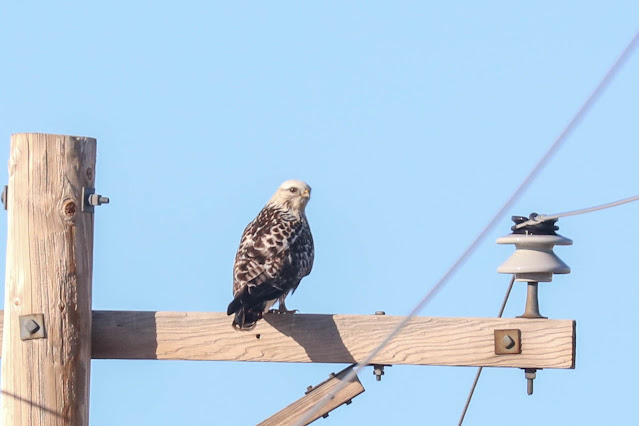 A very good day of birding! 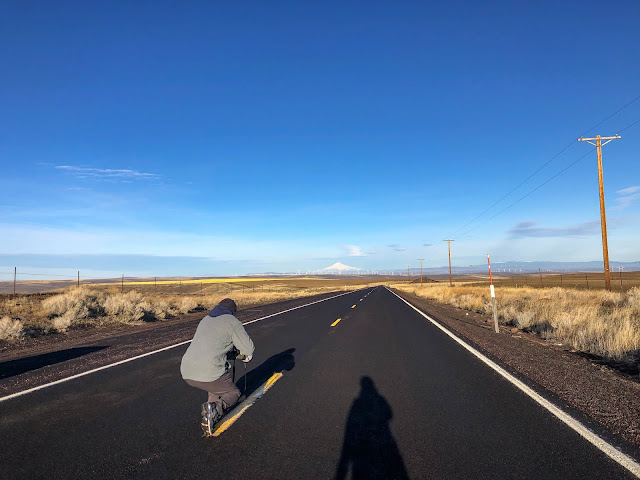 On Sunday we headed out to Lincoln City and went for a walk in the neighborhood.  A Merlin flew in near the boat launch near our house which was pretty cool.  It was even a county bird for Jacob. 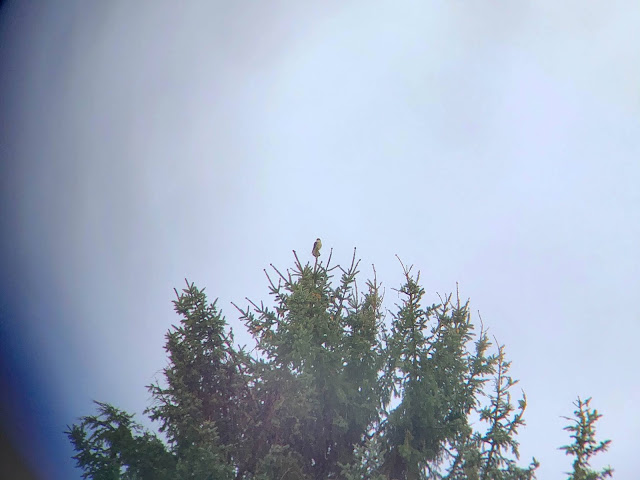 In the afternoon we drove down to Devils Punchbowl to look for recently reported Rock Sandpipers. 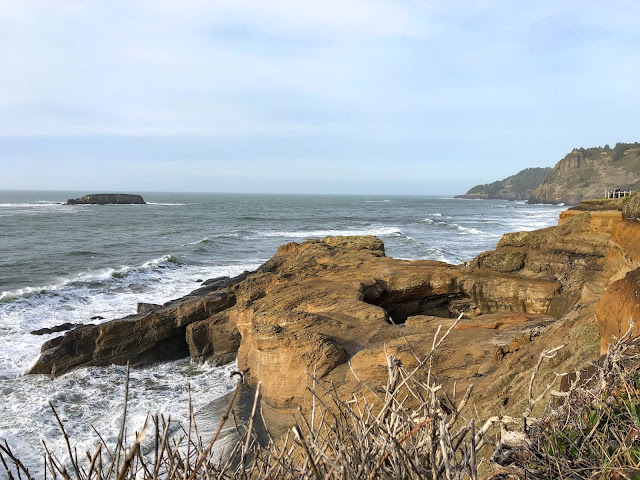 It took us a bit to find them and then they were hard to see at first.  A huge wave came and all the rockpipers conveniently flew into view. 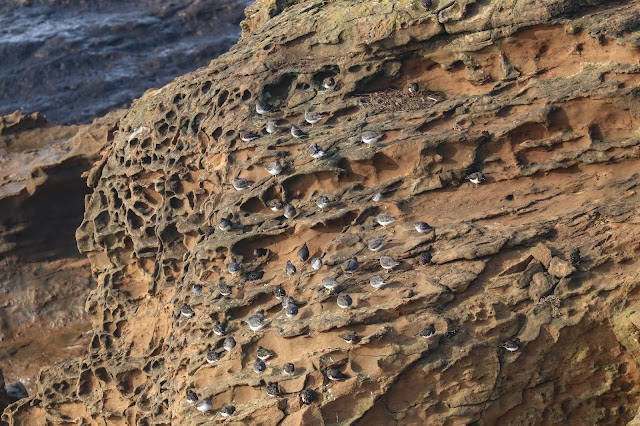 We found four Rock Sandpipers in the flock of mostly Surfbirds and Black Turnstones. A lifer for Jacob and a county bird for me! 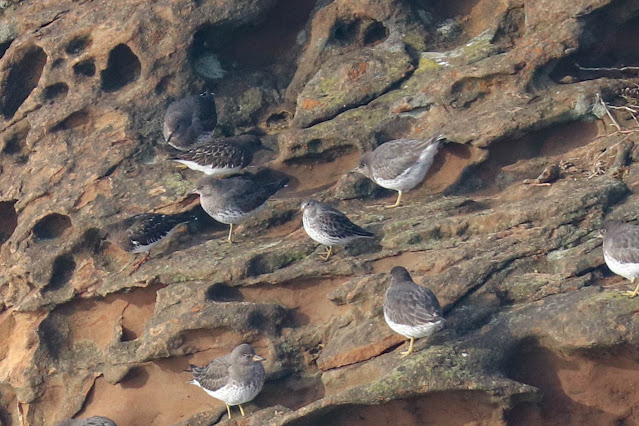 On Monday we headed down to Newport to pick up some more year birds.  We started at the South Jetty where Jacob quickly spotted a Long-tailed Duck. 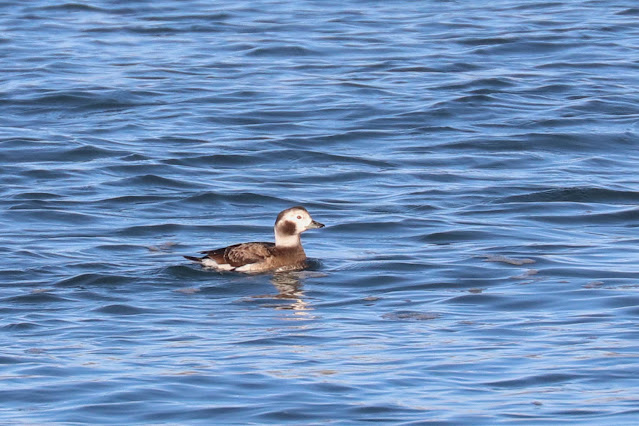 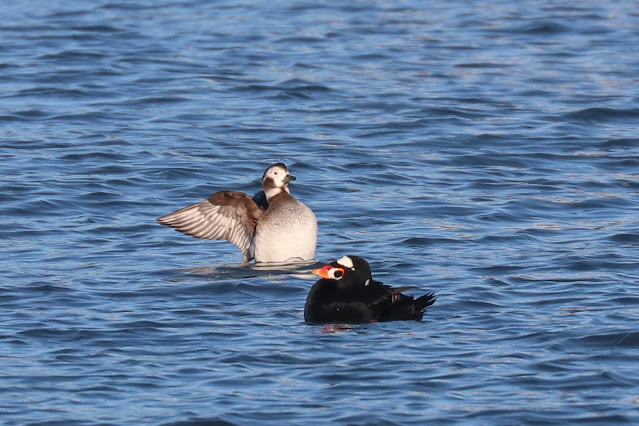 This was awesome as they don't always offer great views here. Further up a Pigeon Guillemot made for another nice year list addition. 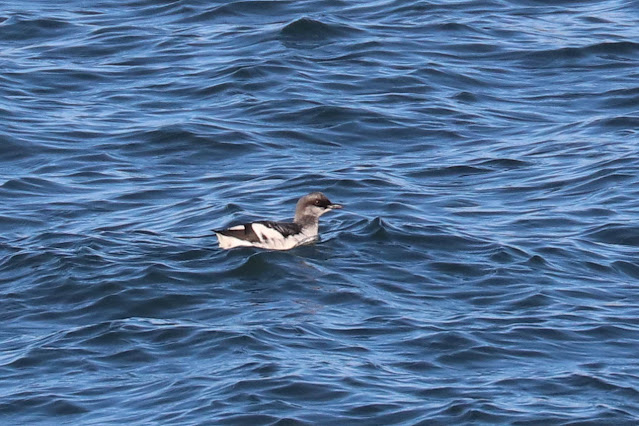 We walked down to the beach where Snow Buntings were hanging out as advertised. 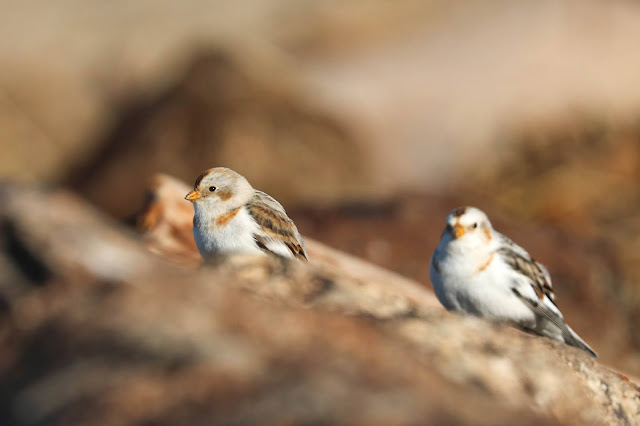 Further down the beach we looked at some Snowy Plovers before heading off to our next stop, Hatfield Marine Science Center.  Cormorants hang out on the dock and pilings here offering excellent comparison views of Pelagic and Brandt's. 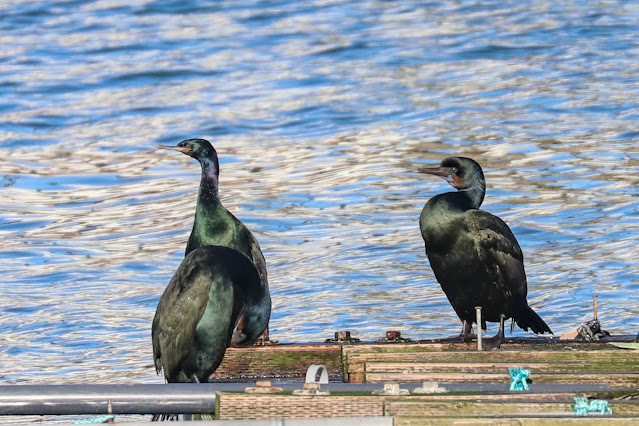 Near the beginning of the trail a small group of Brant was walking around and as they approached I noticed one was banded! 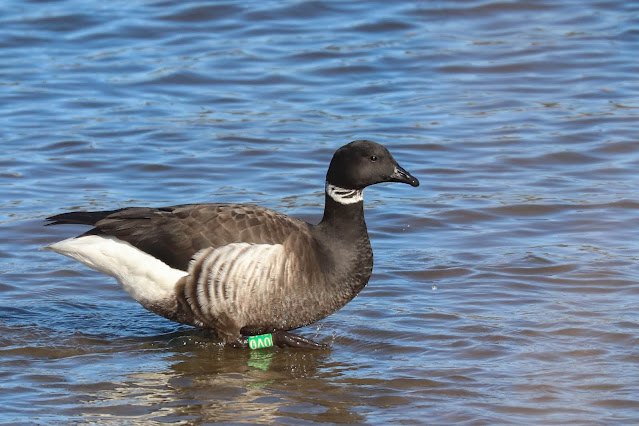 I submitted the band Monday evening and received a reply last night.  She was banded near Nuiqsut, Alaska in July 2016 and is at least seven years old. I always look up the banding location: 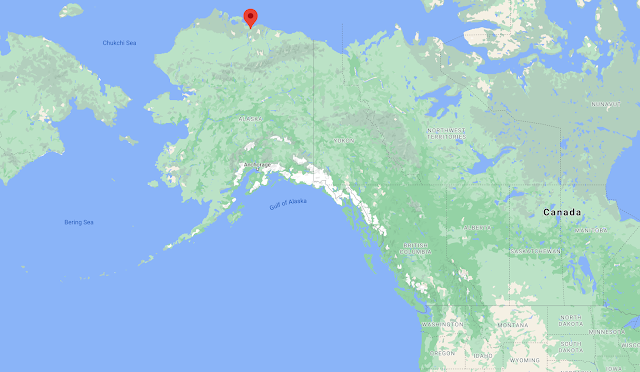 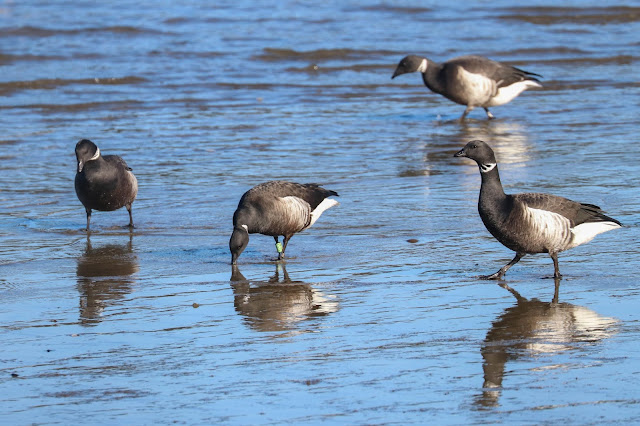 We had some other year birds here like a Marbled Godwit (missed the main flock somehow), Whimbrels, and a Eurasian Wigeon.  After dipping on a reported Swamp Sparrow east of Newport we headed back to LC.  2021 is off to a good start bird-wise!

Happy inauguration day! I recognize that Biden is not going to solve a lot of the major problems in this country but at least some things are going to get better.