Last spring was a total bust for shorebird migration near Lincoln City despite shorebirds having so much extra beach to themselves due to Covid. I avoided the sewage ponds also because of Covid and really only remember some Whimbrels, a Black-bellied Plover, and a Long-billed Curlew.  Very tame. I had zero expectations for this year but the shorebirds have been pretty great!

In April I stopped by a tiny park on Siletz Bay to check for birds and was rewarded with a pile of shorebirds including my county Red Knot, Black-bellied Plovers, Dunlin, Leasts and Westerns, and Greater Yellowlegs. 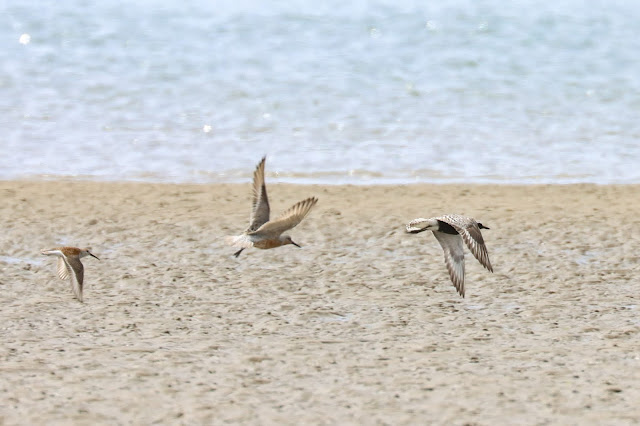 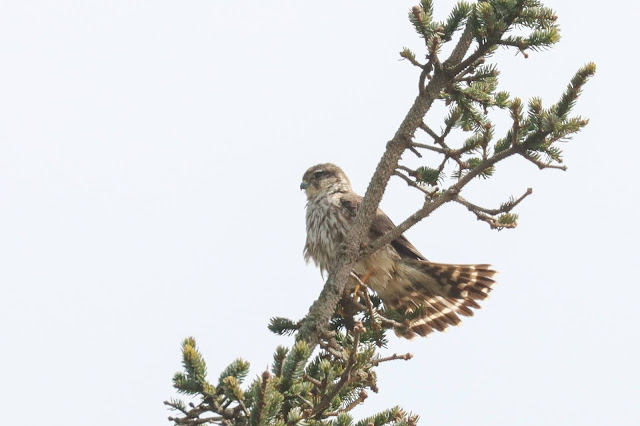 Merlin hoping for a shorebird snack

At the beginning of May I hit the sewage ponds and found a decent variety of shorebirds as well as a possum wandering around. 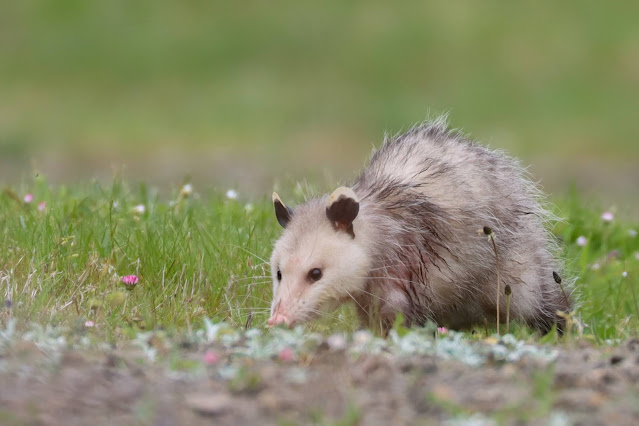 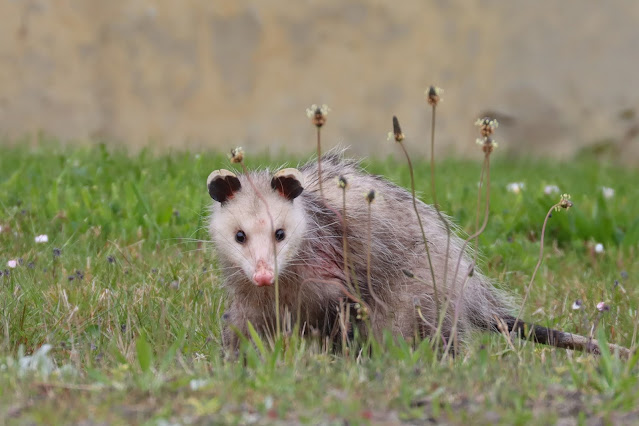 Another local birder had been there right before me and mentioned some kind of possum scuffle in his eBird checklist.  I'm guessing this one was the loser. 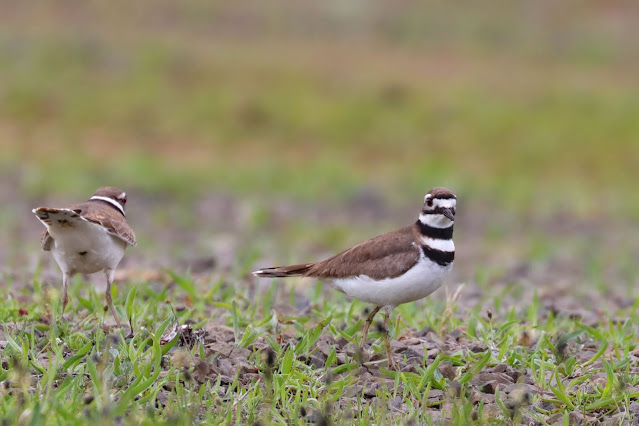 The next day I planned to bird some of the local parks on the lake but while I was at Regatta Park shorebirds kept flying over.  First was this flock of dowitchers which I just zoomed in on and found a Red Knot. 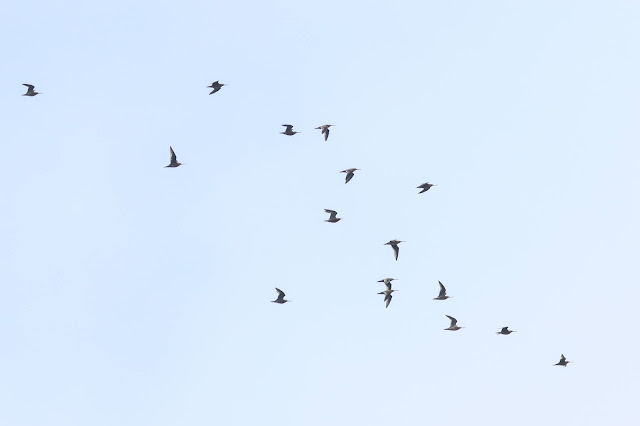 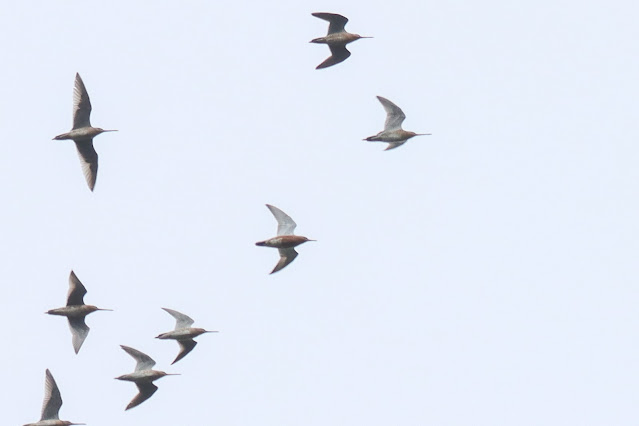 After a couple more flocks flew over I thought to myself, what the hell am I doing here, I should be at the beach. I headed to the NW 15th Street beach where I had a fun time. 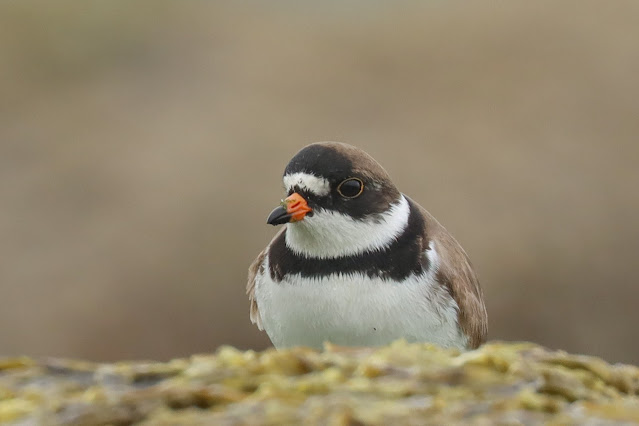 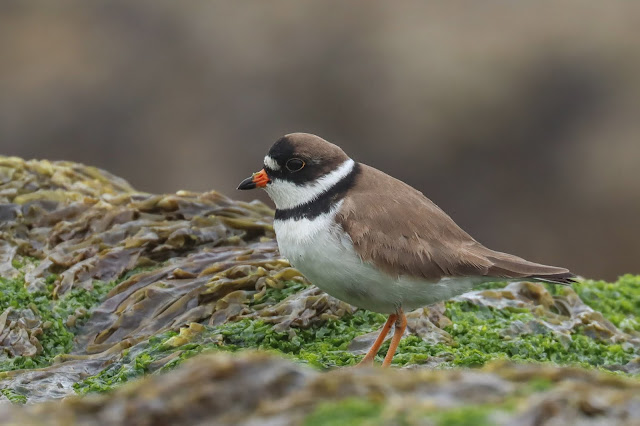 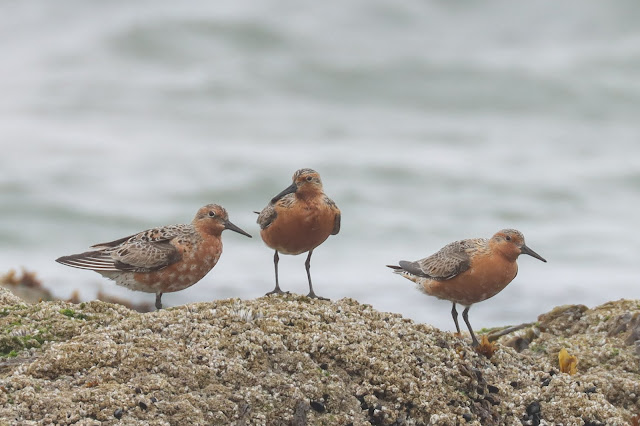 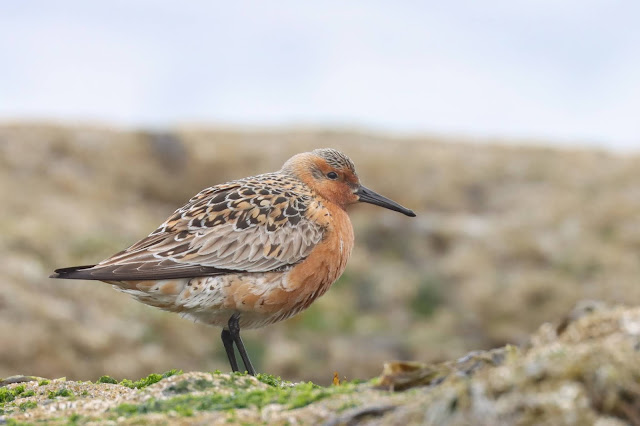 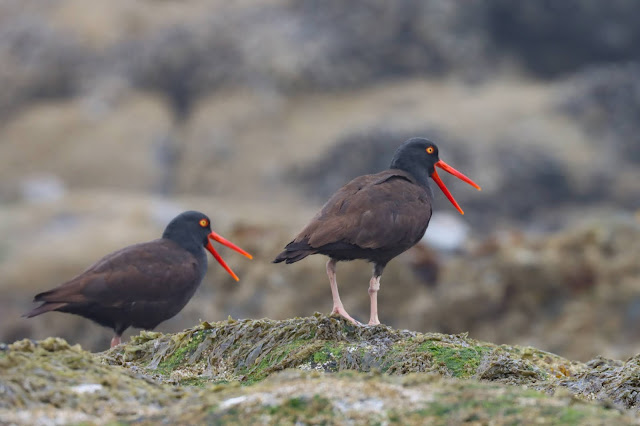 That afternoon a couple of Whimbrels flew over our house! So glad they were calling or I would have missed them. 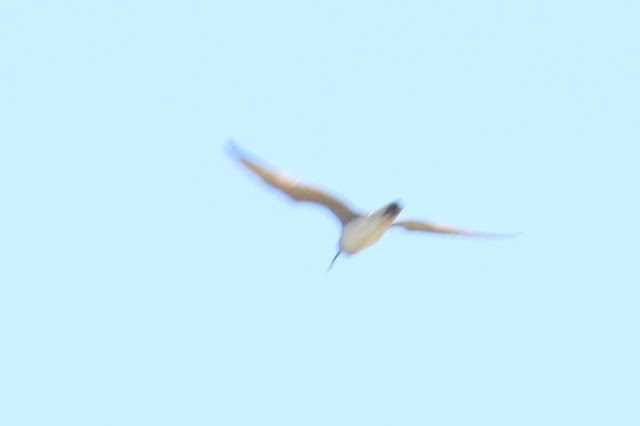 The next day I went back to the 15th Street beach and had one of my best birding experiences of the year. First off a Dunlin was running around with this polychaete worm (thanks iNaturalist) before a Black Turnstone tried to steal it. 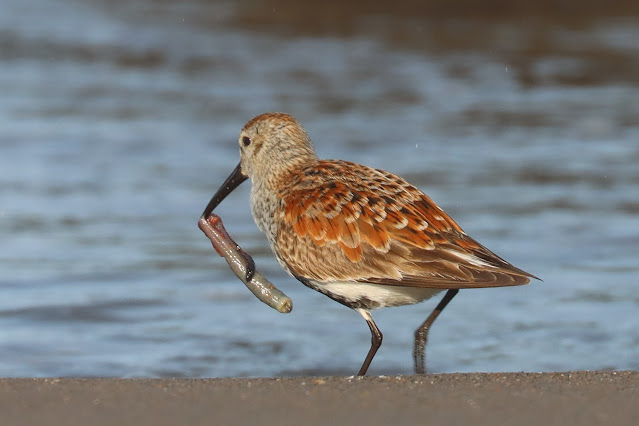 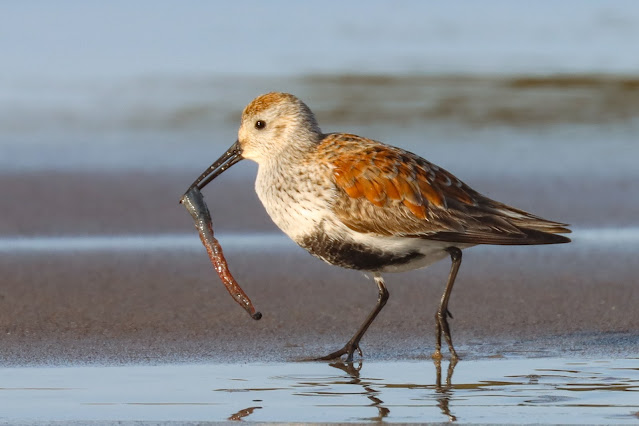 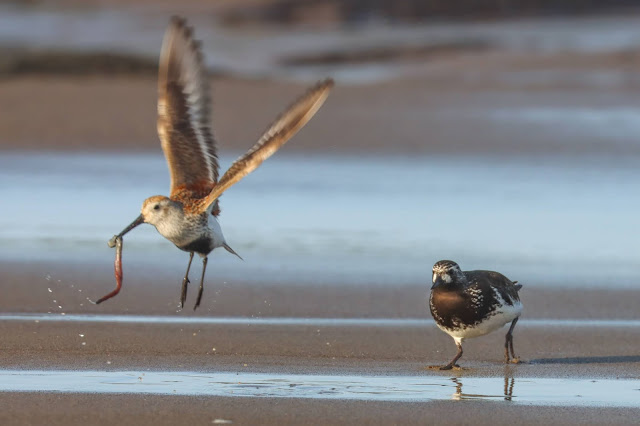 On the rocks there was an excellent variety of birds including a pair of Spotted Sandpipers. 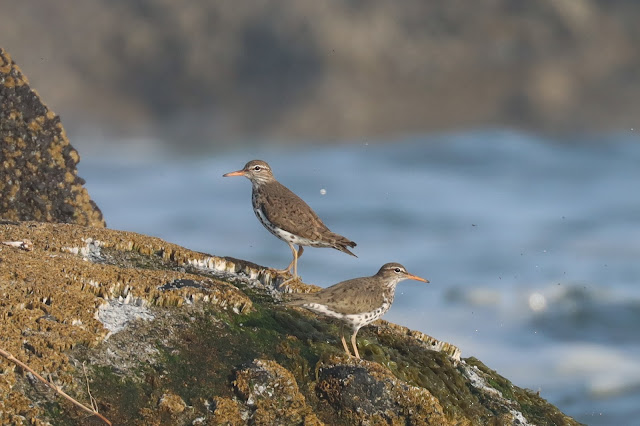 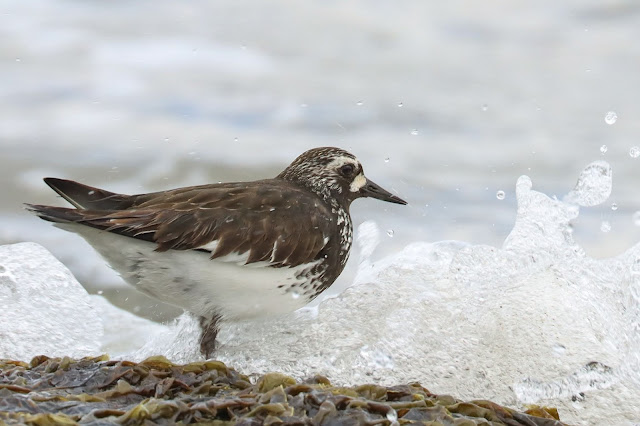 Also there was a new Red Knot and this one had a leg band! 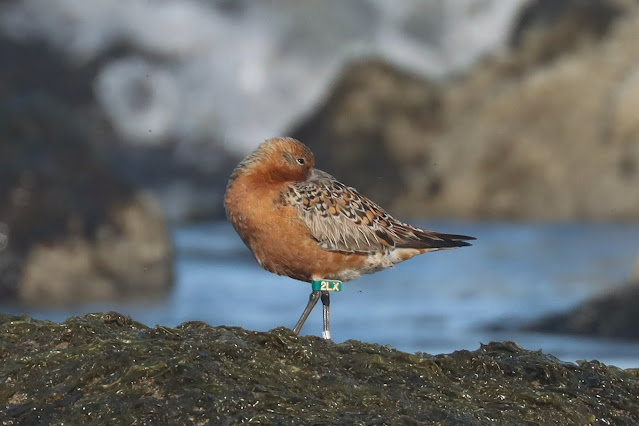 I was SO excited to report the band thinking it would be from its breeding location or maybe wintering location. But no... 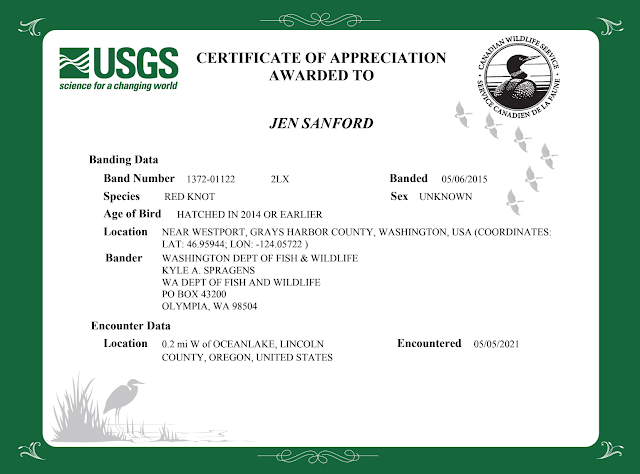 Banded near Westport, WA on May 6, 2015. I saw it on May 5th, 2021. So it's at least 7 years old. I had submitted it to the Bird Banding Lab as well as this shorebird banding site where you can see on a map where else the bird has been seen. So far 2LX has not been reported anywhere else.

I started scanning the farther rocks and a freakin Ruddy Turnstone appeared. This is not a bird I see every year in Oregon and only the second one I have seen in Lincoln County. 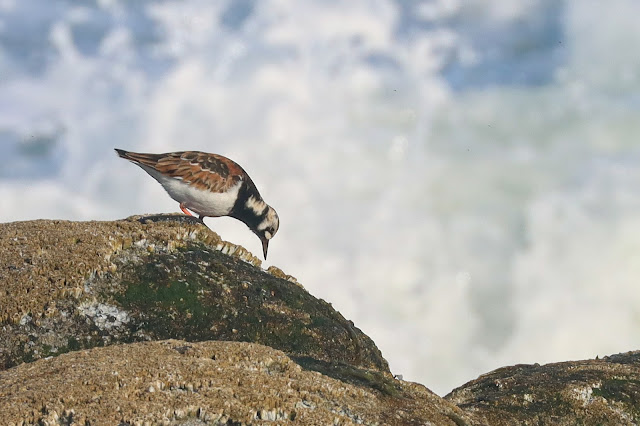 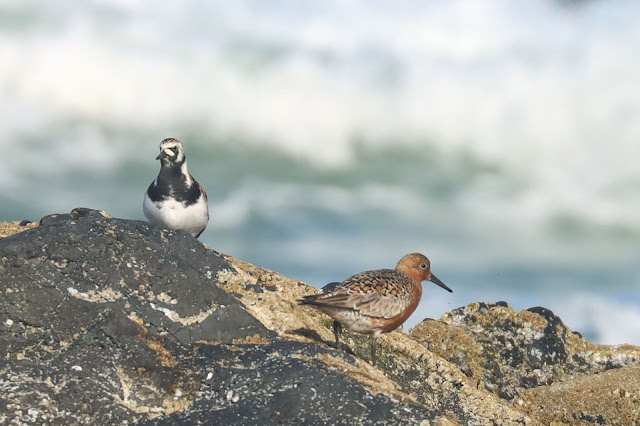 There were ten Black Oystercatchers on the rocks which is a high count for me at this spot. 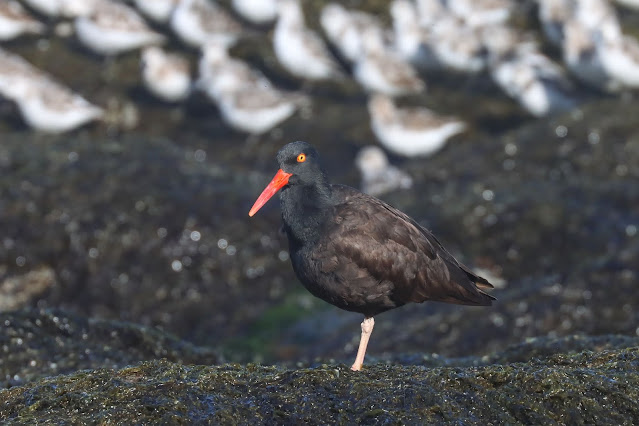 After the fun of this spot I figured I should check the sewage ponds as well.  Glad I did because I found my county Solitary Sandpiper here! 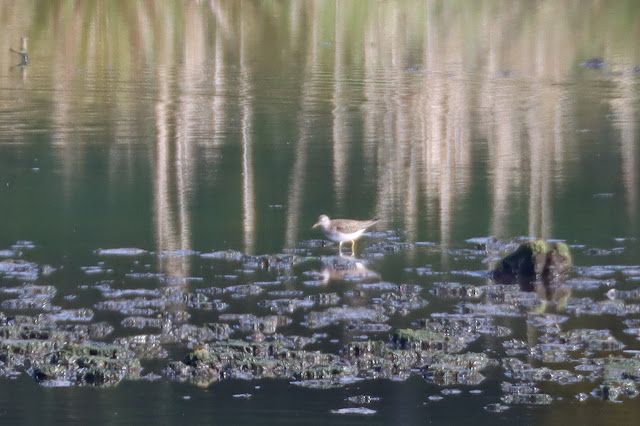 This was all awesome except for the fact that Jacob was back in Vancouver and missing it all. He came out Friday but this weekend was mostly a bust for shorebirds with busy beaches and winds that weren't ideal for migration. 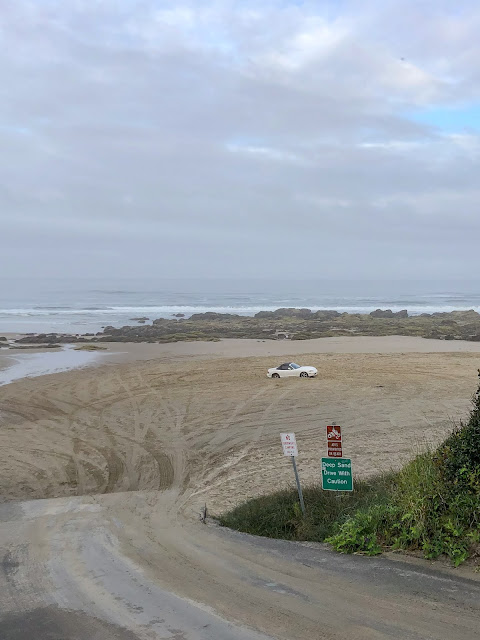 Sunday morning at 15th Street. Cars get stuck on the beach here regularly.

The winds changed Sunday night to north winds which are apparently way better for shorebird migration. I checked 15th Street early without finding anything, then again later at high tide. Red Knots! Ruddy Turnstone! I texted Jacob and he abandoned his work to come get his lifer knots. 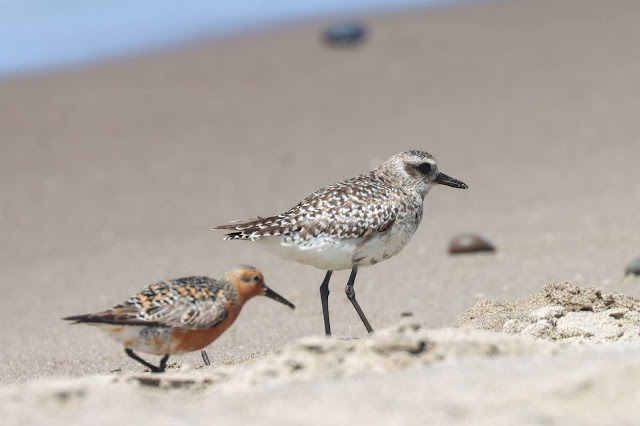 Overall I'd call shorebird migration a success. I haven't seen a phalarope yet, or any big rarity, but a solid variety in my 5MR more than makes up for that. 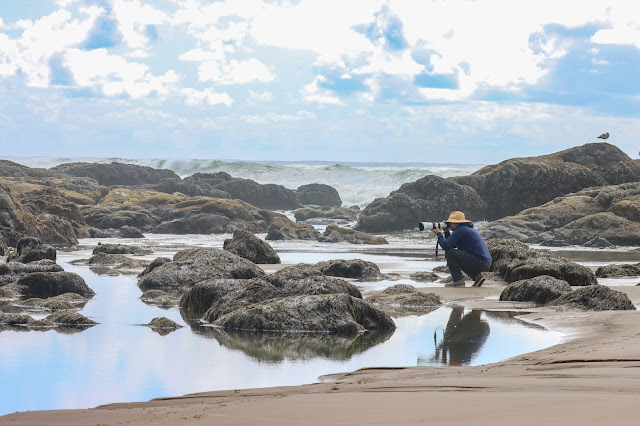 Jacob vs. his county Ruddy Turnstone

Last week I got my second Pfizer shot with zero side effects so things are pretty good. Good times!!

I published this post too soon! A few hours afterwards a couple birders found a Wilson's Phalarope at the local sewage ponds, a very good bird on the coast! Jacob and I went down there and found a second bird, and possibly a third but we could not confirm. 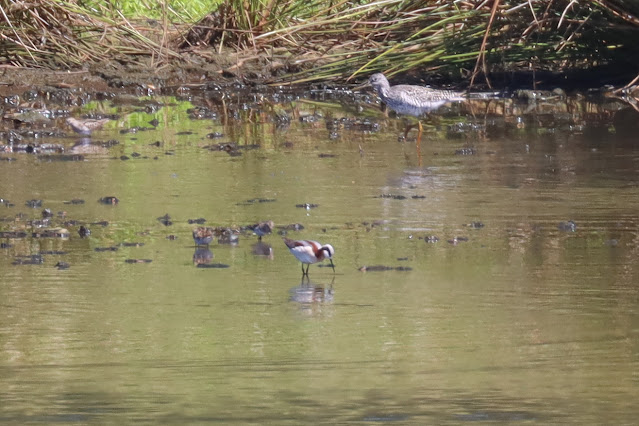 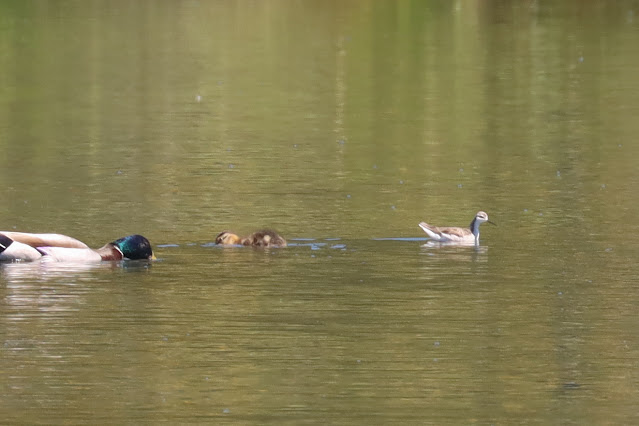 The shorebird show goes on!

On 5/12 I scoped a bunch of Red-necked Phalaropes heading north at D River and yesterday (5/13) I finally got a Wandering Tattler at the 15th St rocks. 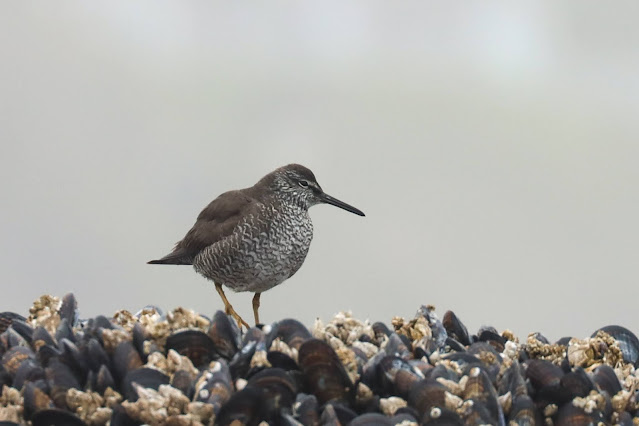