September has been a long weird month but at least there have been a ton of good birds! I'll get to those in a second. First, this October I will be challenging myself to a 5MR Big October. This means I'll be birding my 5MR(s) like wild trying to beat my previous October 5MR totals: 89 in my Vancouver, WA 5MR and 83 in my Lincoln City 5MR.

It will be fun and there will be rare birds!*

If you want to give it a go as well then all you need to do is go birding! eBird is the easiest way to keep track of things and I recently added some new eBird tips to the 5MR FAQ page. You can share your finds in the Facebook group (I abandoned FB earlier this year but the group is still going strong) or on Instagram (find me at @iusedtohatebirds) or your local birding lists. Also the eBird October Big Day is October 9th this year which could make for a fun 5MR Big Day.

Ok, back to September!

I had to spend more time in Vancouver than LC this month which gave me the chance for a few day trips to the east, starting with a Gilliam County trip with Jacob and Ralph. The highlights were these hilarious river otters at Willow Creek Reservoir and 11 county birds! 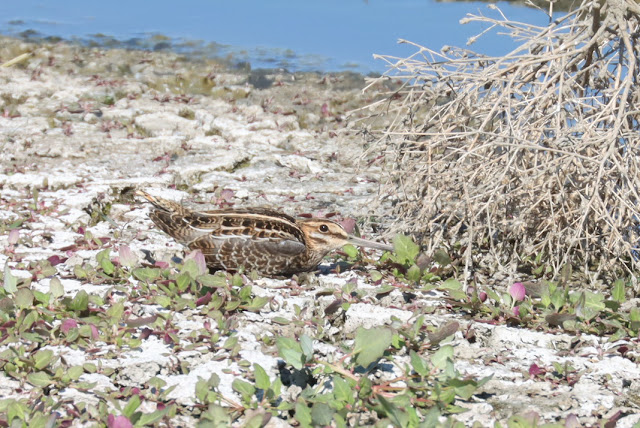 Wilson's Snipe hiding from a Peregrine at the Condon sewage ponds

I took two different trips out to Sherman County, one to bird Deschutes River State Park and another to hit all the random ponds, sewage ponds, and chase a Sabine's Gull at the John Day Dam. 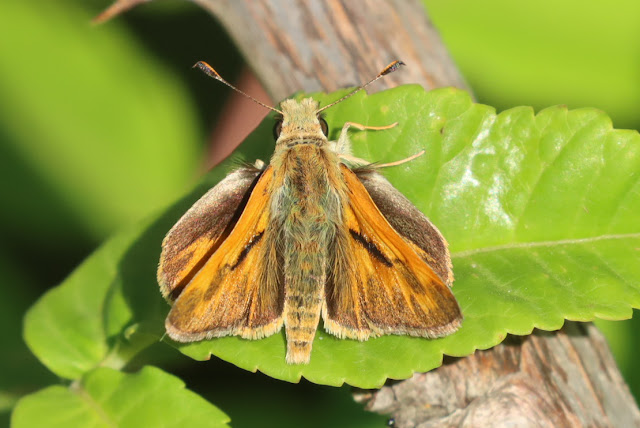 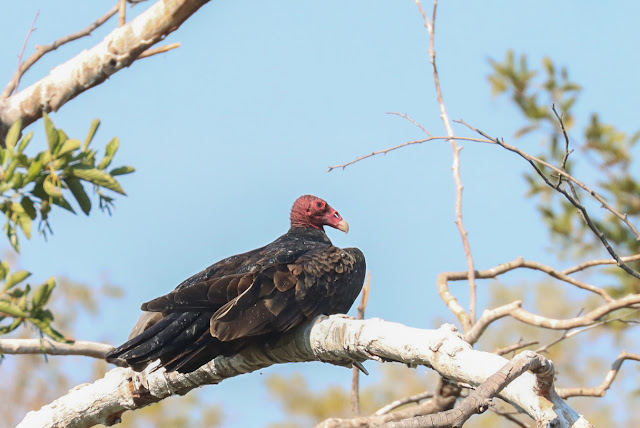 TV relaxing by the Deschutes 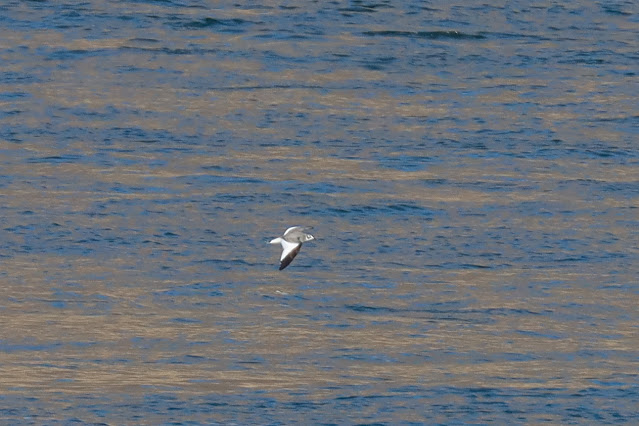 One morning I went out to Hood River to bird around the river mouth and picked up a bunch of Hood River county birds. 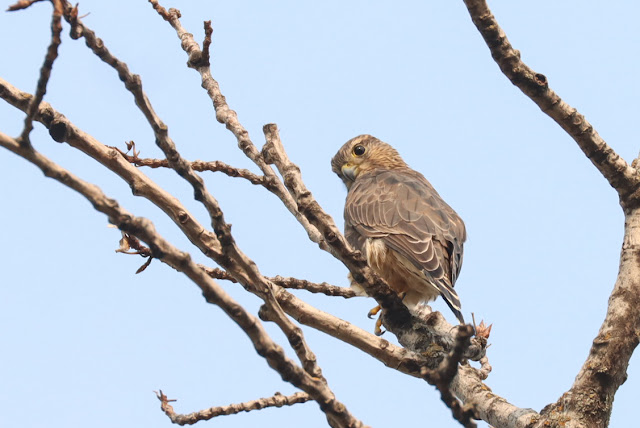 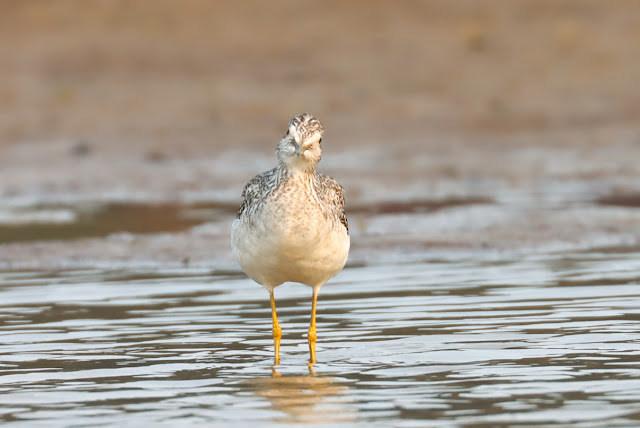 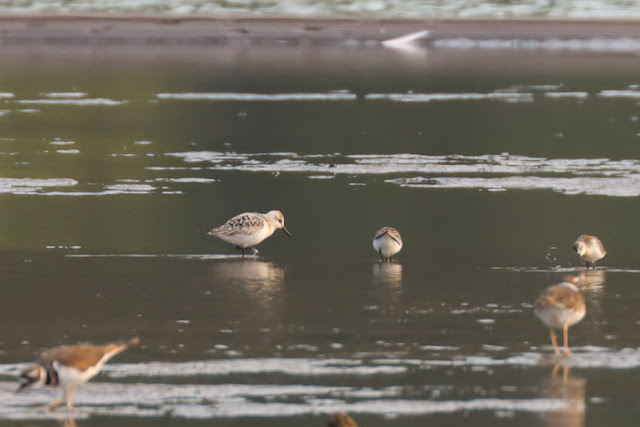 Back in Vancouver I birded the Columbia Springs Fish Hatchery (aka Biddle Lake) several times as it's close and always has something to look at. 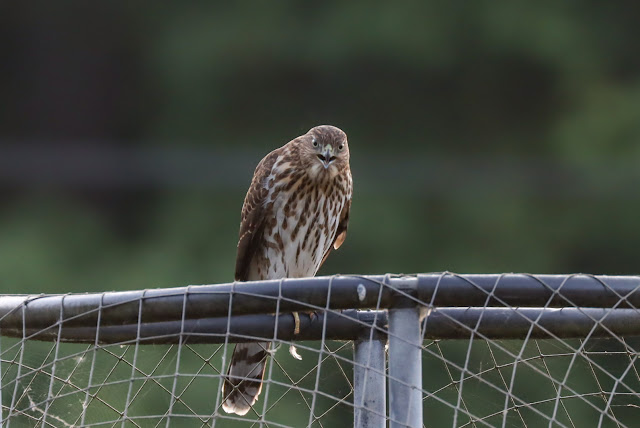 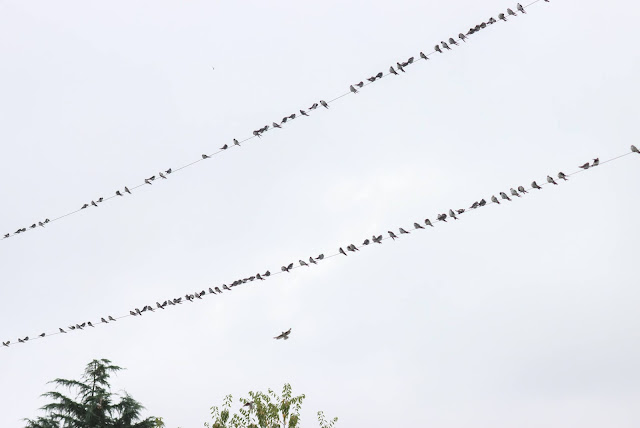 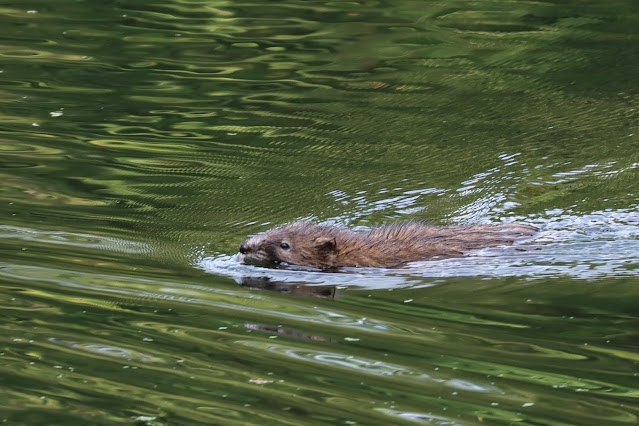 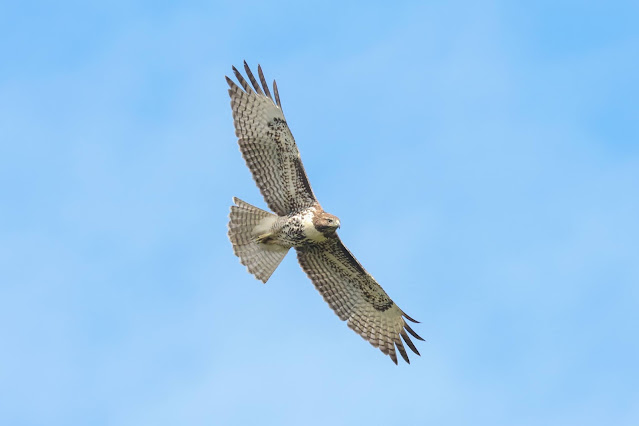 Jacob and I made a couple shorebirding attempts at Shillapoo Lake and came up with very little shorb-wise, but found our county Vesper Sparrow! 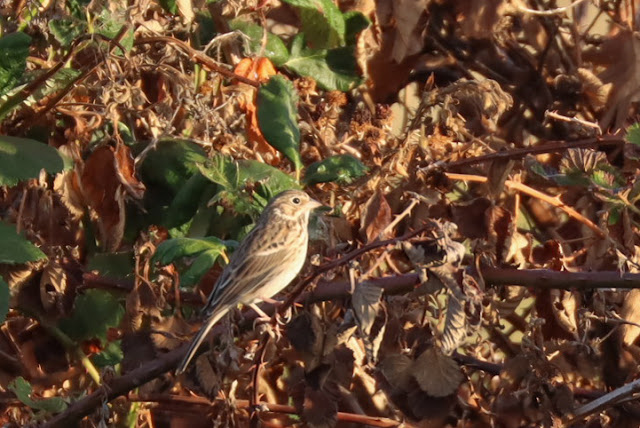 One day Jacob and I went to Marine Park in the farthest west part of our 5MR hoping for any of the good fall birds seen recently on the Columbia River.  Jacob spotted a Parasitic Jaeger on the far side of the river: 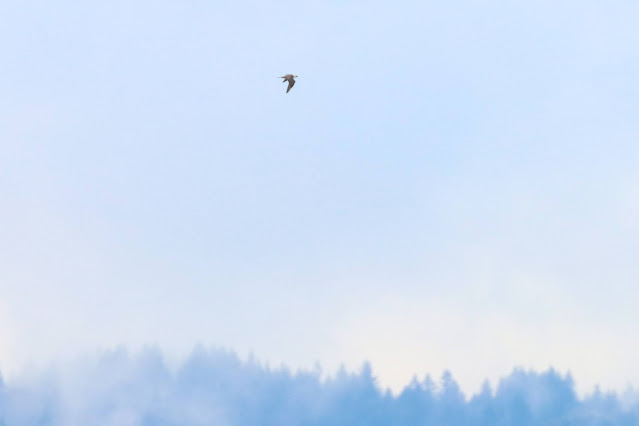 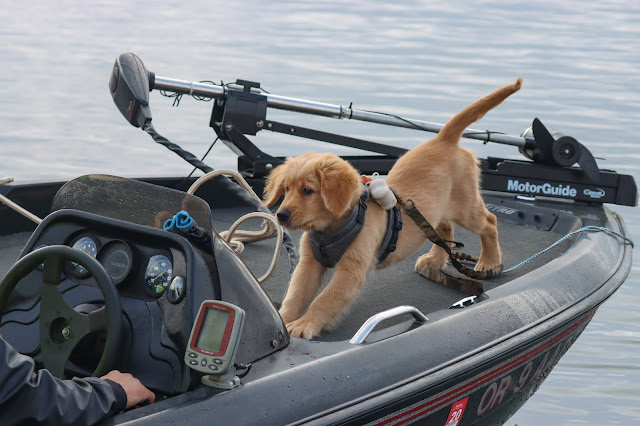 A few days ago I hit up my favorite birding patch, Meadowbrook Marsh, for the first time in months. Sometimes I forget how much I like it. It's just always birdy. On this day a Merlin that didn't mind being photographed was a big highlight. 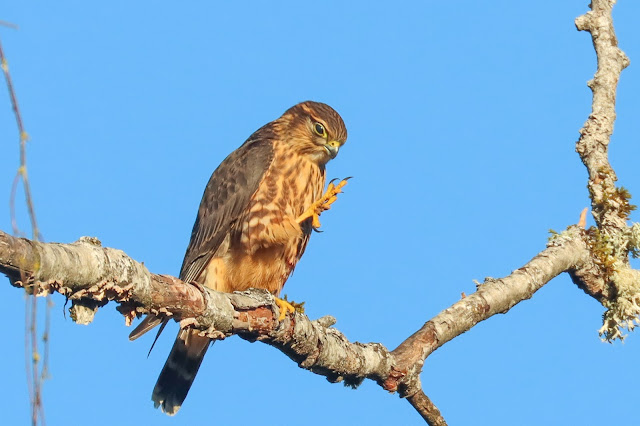 I tried to make the most of my time at the coast and even chased a state bird, an American Golden-Plover down at South Beach. 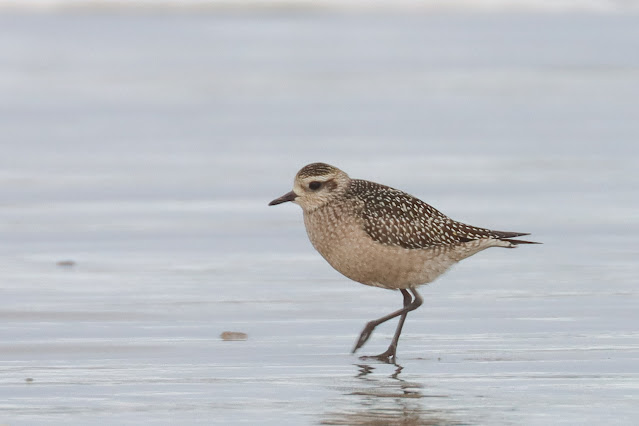 I was way too late to see the Ruff at the Lincoln City sewage ponds but at least I saw the Greater White-fronted Goose. Ha. 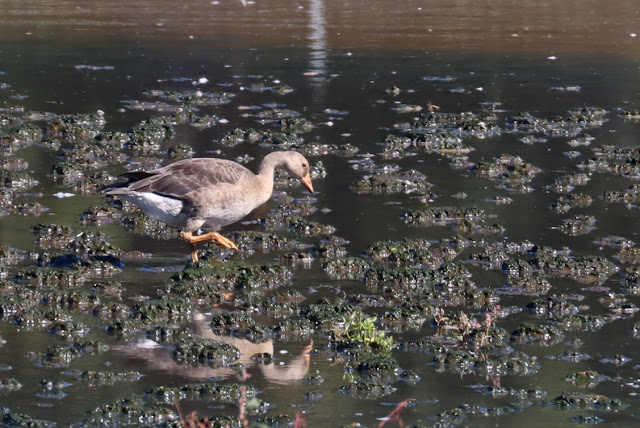 While I was gone the sewage ponds got a new sign! Normally I wouldn't be this psyched but it's super cool. It was painted by Portland artist Brenda Goddard, on a faulty part that had been sitting around for many years. 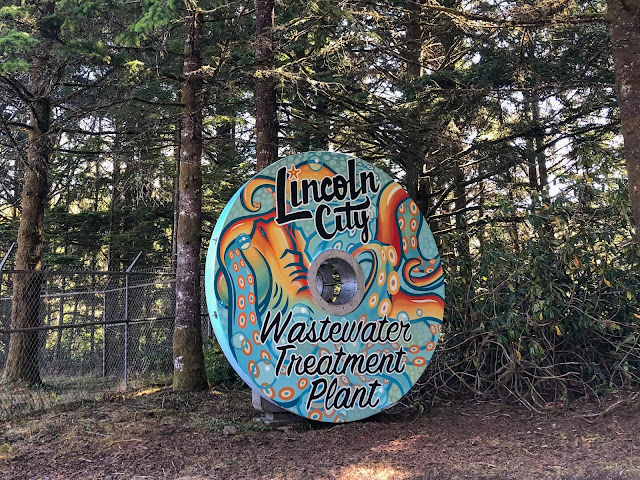 One morning I birded with my friend Kayla for a bit when her pelagic trip got cancelled and I managed to find her a Wandering Tattler. 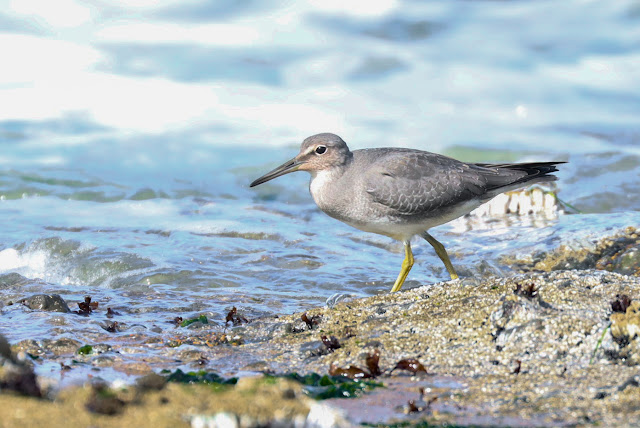 No new yard birds lately in Lincoln City but I was very pleased when some Band-tailed Pigeons showed up after avoiding us for much of the summer. 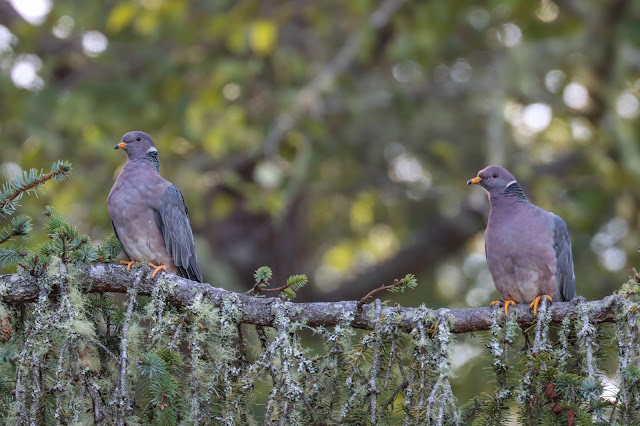 Lastly, Jacob and I went down to Depoe Bay this week and birded around the tiny harbor. A mixed flock of Black Turnstones and Surfbirds were resting on the dock with a random pintail. 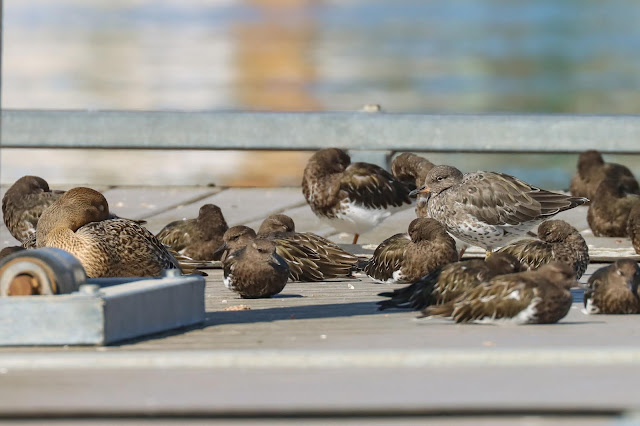 There's a fish ladder at the beginning of the creek here and we watched as harbor seals took full advantage of this. 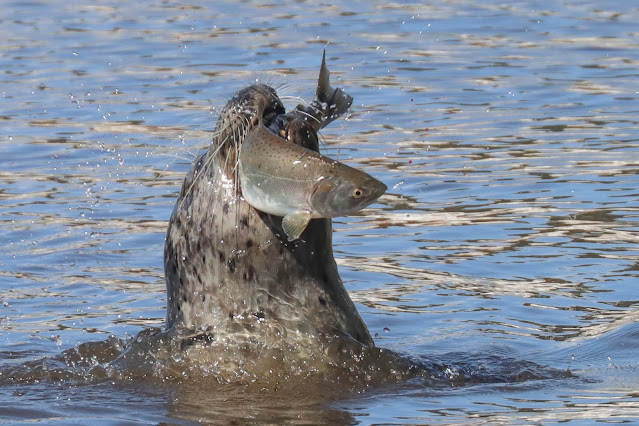 This was the only identifiable fish that I saw, a Steelhead trout (which I now understand is just a rainbow trout that migrates to the ocean).

Now it's time for 5MR birding!! Hopefully we all have fun and find rare birds. Good times!