Hey look at this, a new blog post for the new year!

Yesterday I went up to Neskowin which is a small Oregon beach town on the north side of Cascade Head, about 11 miles north of our house in Lincoln City.

It's more like a beach neighborhood rather than a town, with lots of very cute cottages, a small expensive store, and a cafe. The main attraction for me here is the golf course which is usually flooded and loved by many birds. 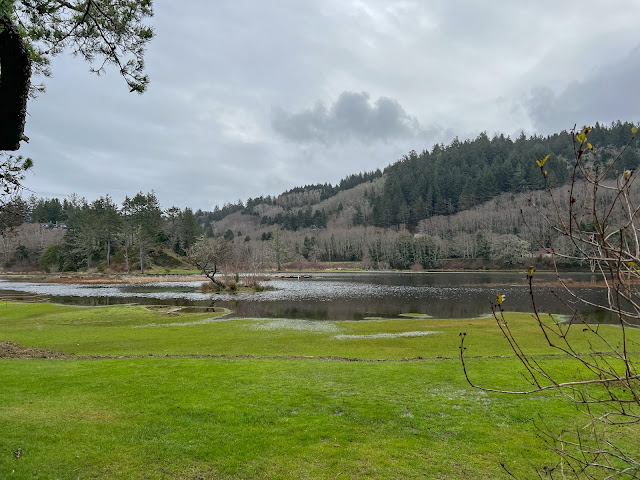 The reason I went up there yesterday was to look for a few recently reported birds that would be Tillamook County birds for me. I dipped on a dipper but quickly found the Palm Warbler in a flock of Yellow-rumped Warblers on the grass. 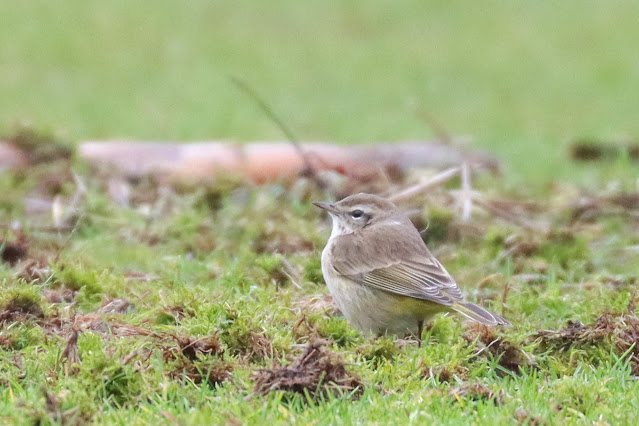 My last Oregon Palm Warbler was in 2019! A nice year bird which I was able to share with another birder I hadn't crossed paths with in years, Ken Chamberlain. We walked up and down the golf course following the flock which also had a pleasant pile of Western Bluebirds. 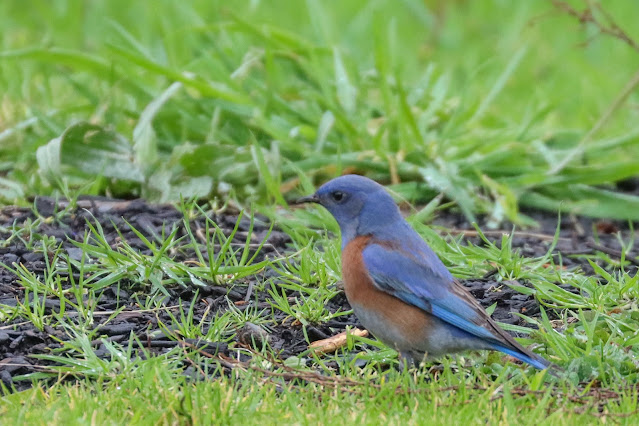 Ken had told me about a Steller's in the neighborhood that does a good Red-shouldered Hawk call and as we were parting ways we heard it. Always fun to watch these imposters. 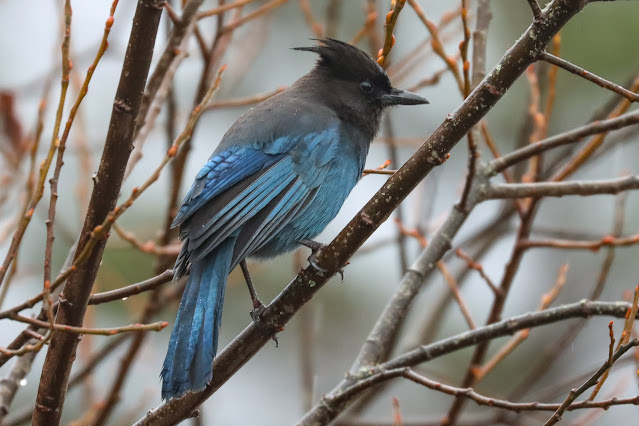 I've birded this area six times now and I usually park at the public parking lot by the beach access, then walk north along Hawk St. which borders the west side of the golf course. There are birds all over, stuffed between cute houses I could never afford. 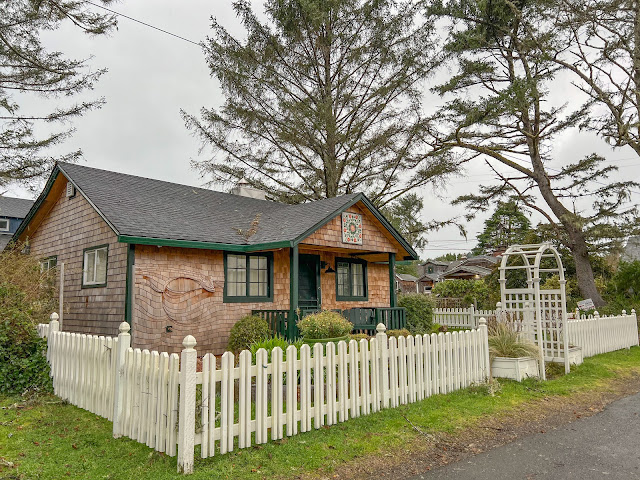 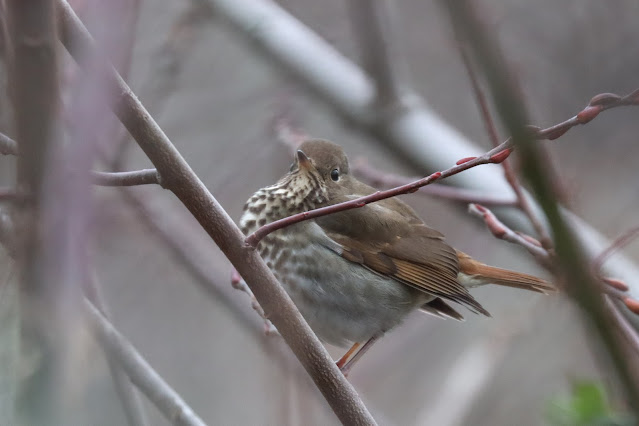 Hermit Thrush across the street from that house 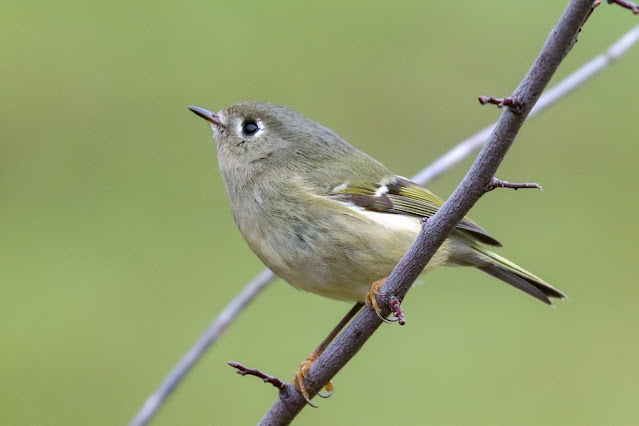 Ruby-crowned Kinglet along the golf course

When Jacob and I visited Neskowin in September 2020 I took a photo of a frog in a puddle which turned out to be a Northern Red-legged frog (Rana aurora), an Oregon Conservation Strategy species. 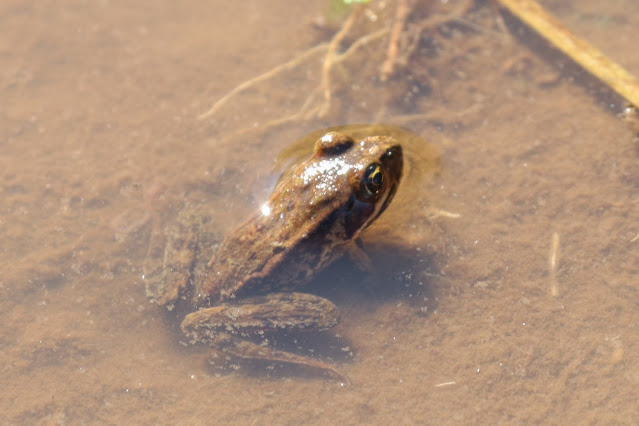 On this visit I saw one getting eaten by a heron. 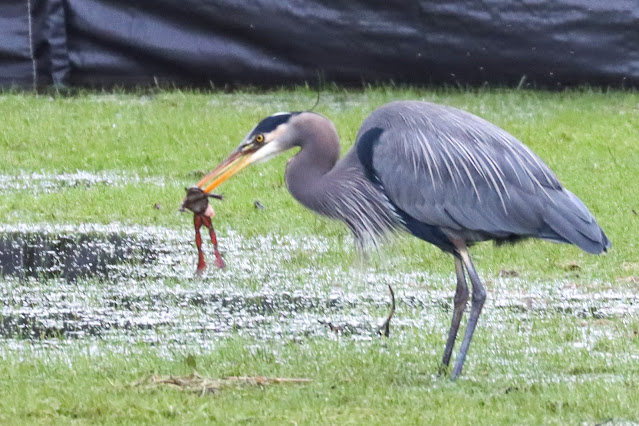 This street has tons of cute hand-painted signs about driving slower like this one: 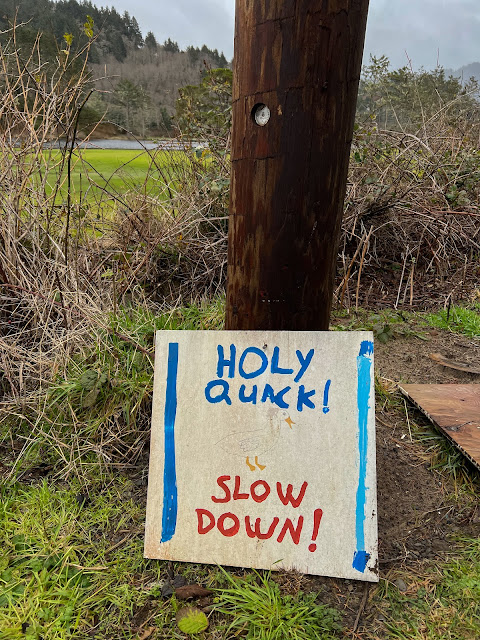 There's a trail that shoots off to the east on the north side of the golf course through a marshy area. It's a tsunami evacuation route but also nice rail habitat. 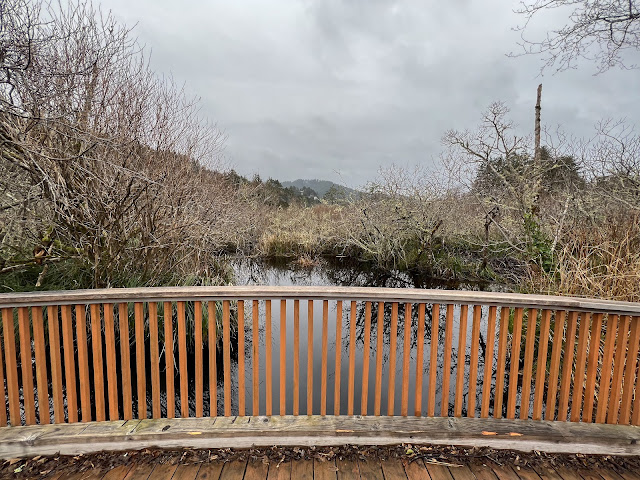 A couple Virginia Rails were calling back and forth nearby, a pleasant year bird. The trail was too flooded to continue but it started to rain and a good time to turn around anyway.

Back in late November Jacob and I visited Neskowin to see if we could track down the reported Common Redpoll(s). We failed, but it was still a good walk and we found our county Red-breasted Sapsucker. 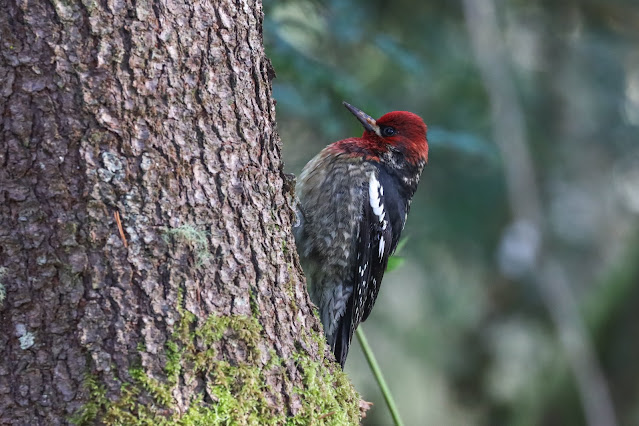 It was especially noticeable because it was super active, behaving in a way I had not seen before. It would cling to this tree, looking normal, then fly out to an evergreen huckleberry shrub nearby and hover while it grabbed a berry, then fly back. Or sometimes it would cling to the huckleberry and sort of flail about while eating the berry. 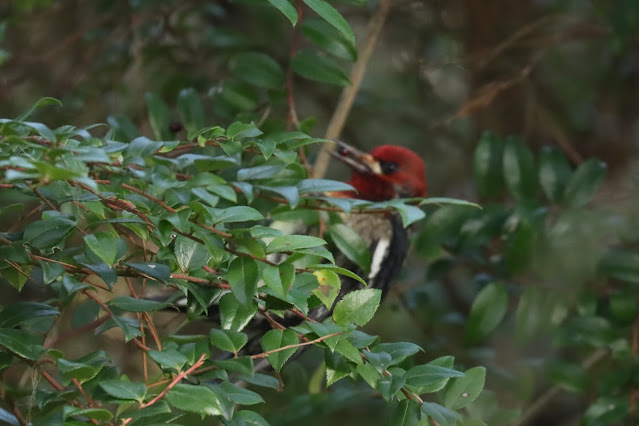 Focus issue, but you get the idea. Another reason to plant more evergreen huckleberry!

The first time Jacob and I birded this spot it was a dark and rainy spring day in 2020 and we just drove Hawk St. looking at birds. Our county Blue-winged Teals and a Sora were the highlights. 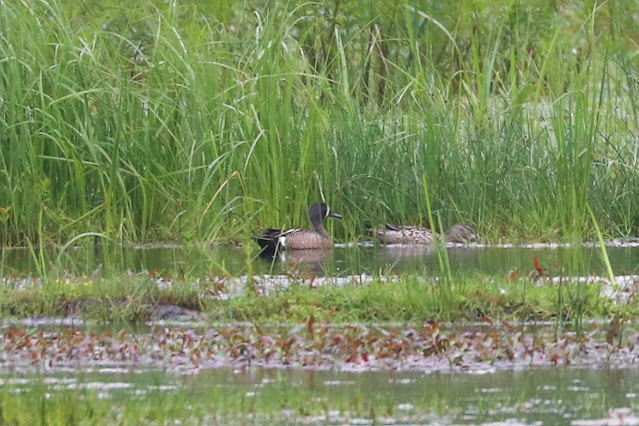 In September 2020 in addition to the frog we found several Red-necked Phalaropes. 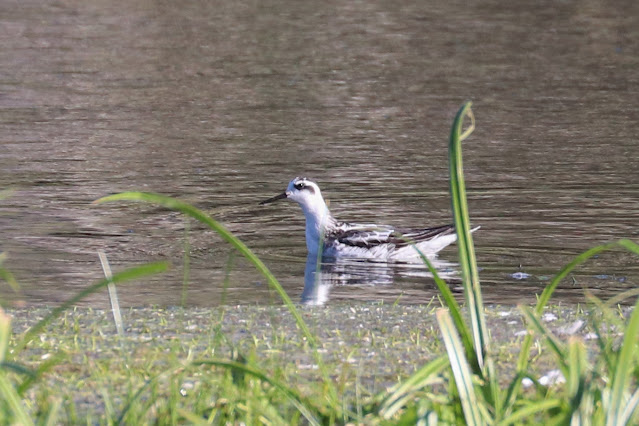 In November 2020 we had this brush rabbit, which is the common bunny on the coast. 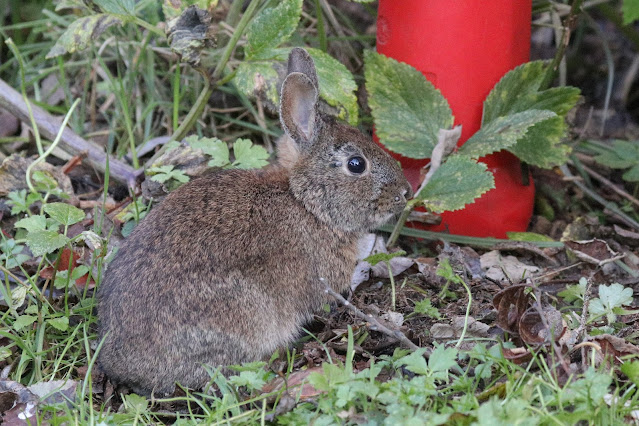 Some great birds have been found in Neskowin over the years like the recent redpolls, Northern Mockingbird, Bullock's Oriole, Clark's Nutcracker, Mountain Chickadee, and Little Blue Heron. Hopefully more fun stuff shows up since it's so close to LC! And by fun I don't mean like a dead seal, which is kinda fun, but not like super fun. 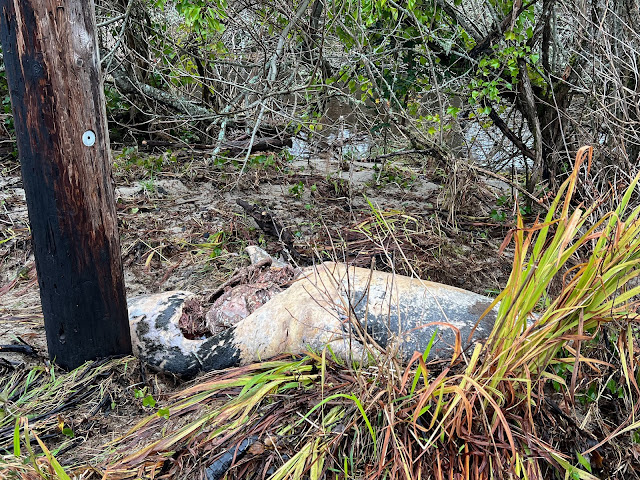 Dead seal along Hawk Street, I assume from the recent King Tides flooding the creek