Florida Birding in April: Key West to the Everglades

In April Jacob and I flew to Miami, Florida for a 9-day birding road trip from Key West to Gainesville. 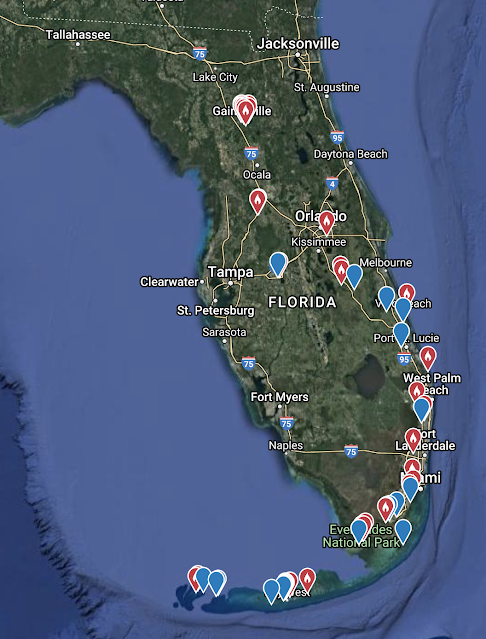 We arrived in Miami in the afternoon and drove the four hours straight to Key West, only stopping for a quick meal, and made it to our bed and breakfast after dark. In the morning we walked up to the Key West ferry terminal to board the Yankee Freedom for a day trip to Dry Tortugas National Park. 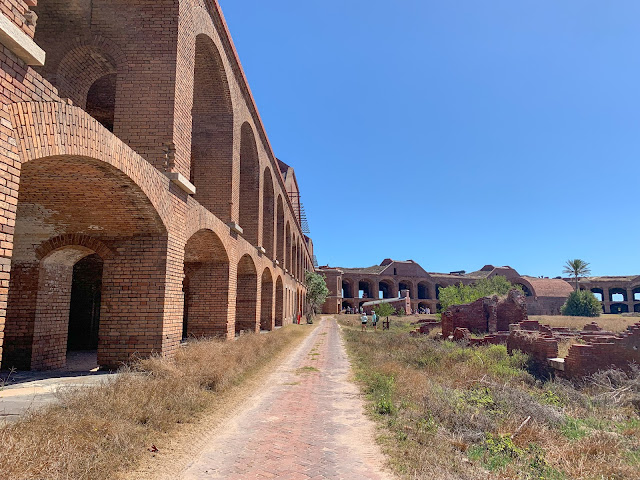 The ferry delivers you to Garden Key, home of Fort Jefferson and lots of birds. It's possible to camp here but we only did the day trip which gave us less than 4 hours to bird. The most noticeable birds are the nesting Brown Noddys and Sooty Terns. 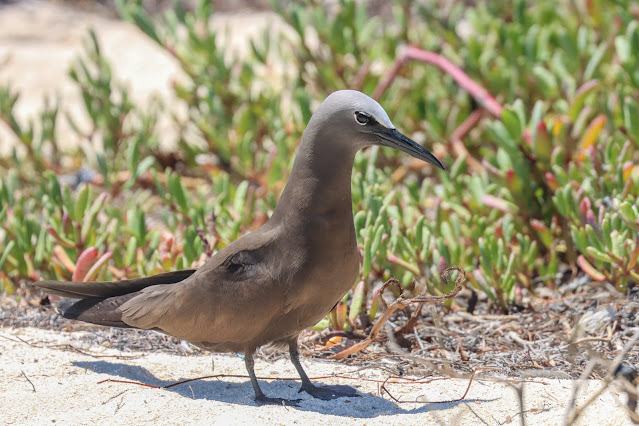 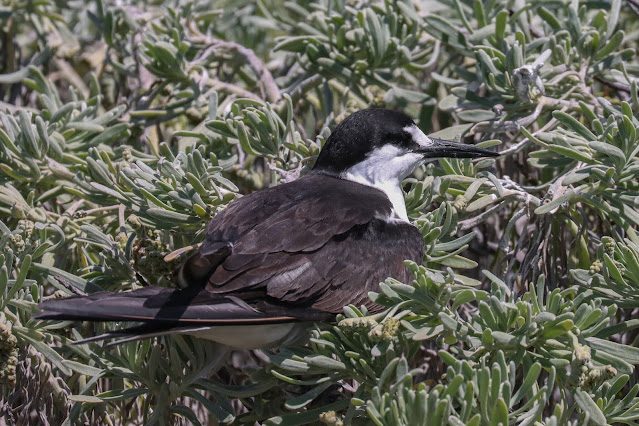 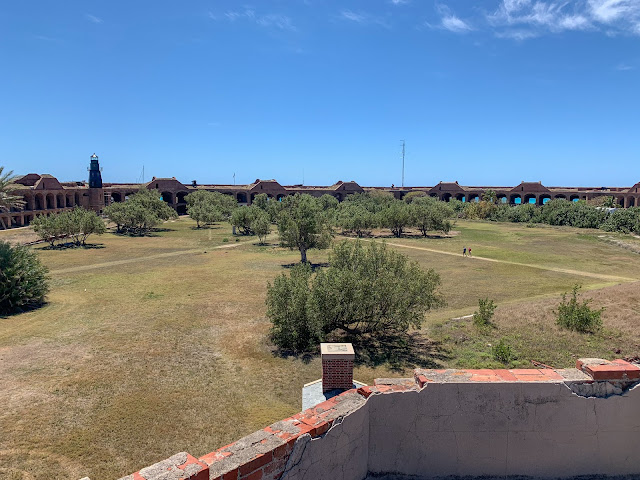 This courtyard has a small water feature and lots of trees where we had been hoping for good migrants but we didn't find much, only a few Palm Warblers and a redstart. The intense wind might have been the issue, or the Merlin scaring everything constantly. 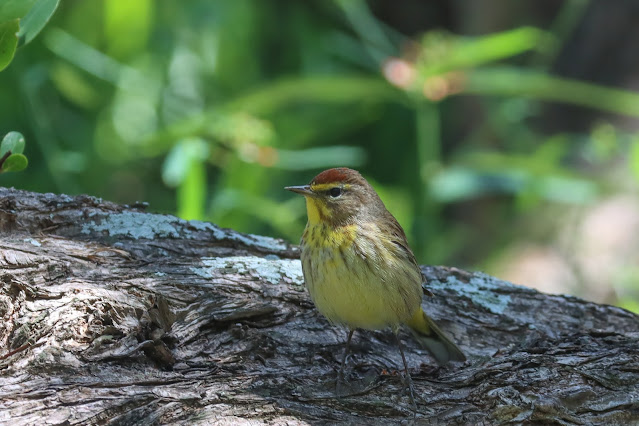 We did manage a couple of Brown Boobys and distant terrible views of the Masked Boobys on Hospital Key. 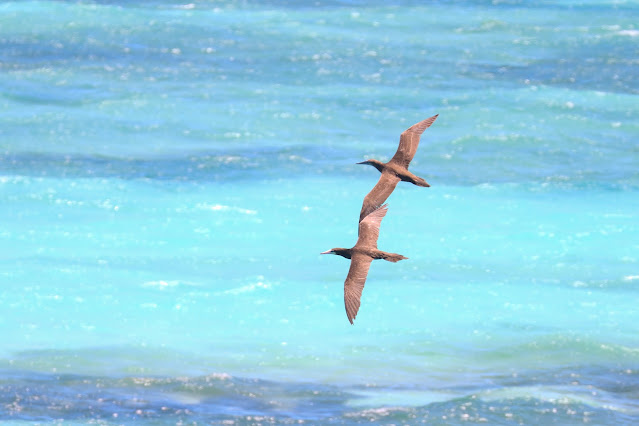 On the boat ride back we had slightly better views of the Masked Boobys and later on, Audubon's Shearwaters!

Our complete checklist from Garden Key is here.

Back in Key West we grabbed dinner then grabbed our lifer White-crowned Pigeons on the walk back to the bed and breakfast.

The next morning we visited Fort Zachary Taylor Historic State Park, home to the white morph of Great Blue Heron. 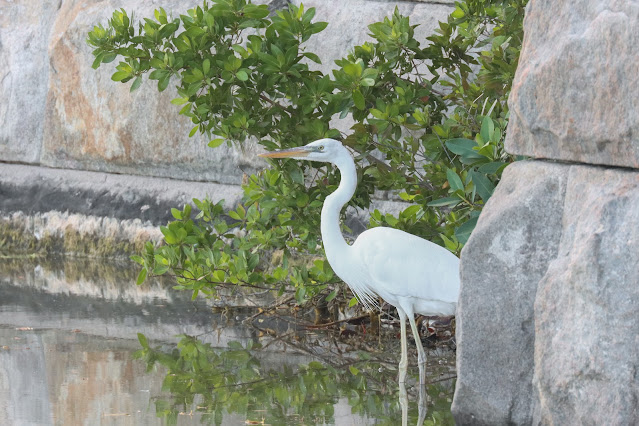 The bird I was most hoping to see was a Black-faced Grassquit, a Caribbean bird that had been present for a few months. We found it singing near the restrooms as others has reported. 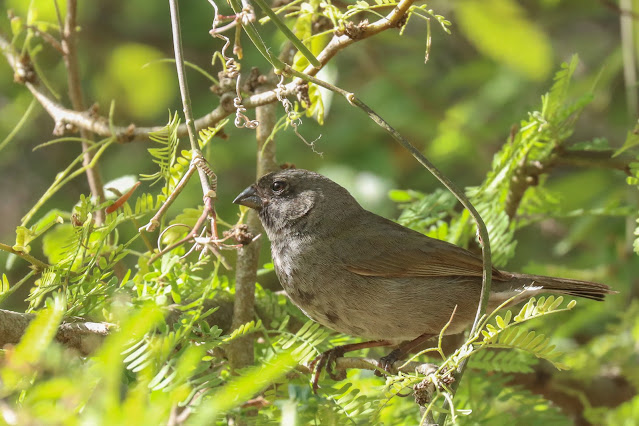 It was last seen two days after we were there so we were definitely lucky! Below it, an Ovenbird gave us great looks for once. 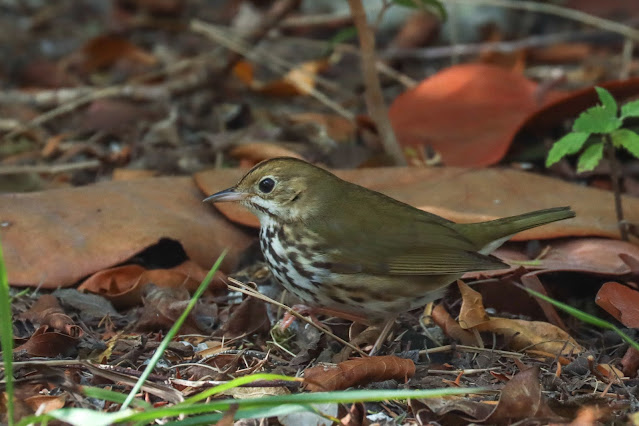 Complete checklist from the fort here. From there we headed to the Key West Tropical Forest and Botanical Gardens, another spot known for good migrants. We were not disappointed!

Complete checklist from the gardens here. We stopped for lunch and decided what to do next. I wasn't ready to give up on one of our Key West targets, Black-whiskered Vireo, so I found another potential location to try before heading to Florida City.

Success! No photos but it was singing its heart out deep in the whatever that is.

We finished the long drive back north to Florida City, our home base for visiting the Everglades and Miami. After checking into our hotel and eating dinner we went over to a local park to pick up some ABA countable Egyptian Geese. Whatever, they had adorable babies. 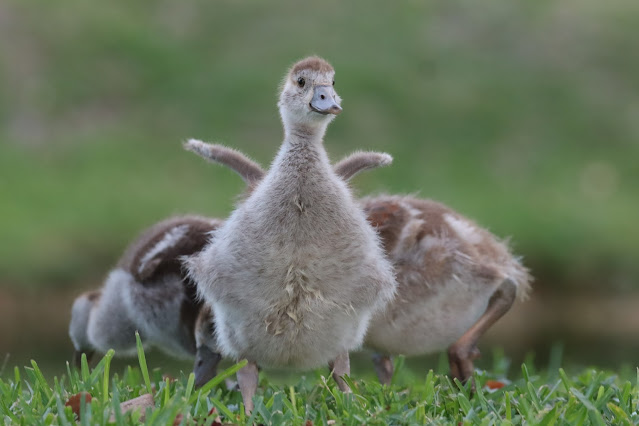 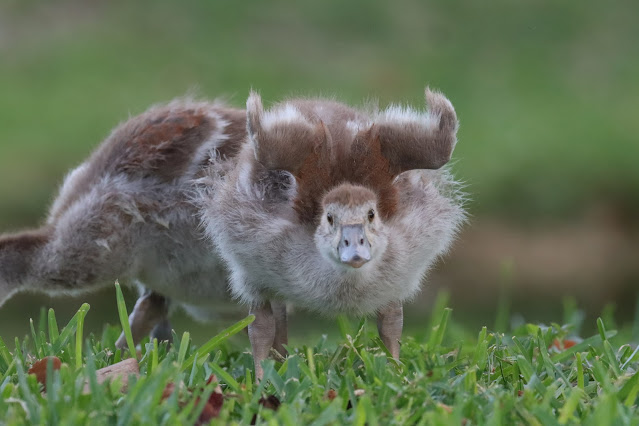 Back at the hotel after sunset a Common Nighthawk was peenting overhead. In the morning it was still peenting. And we were off to Everglades National Park.

The sun was rising as we arrived at the Anhinga Trail. 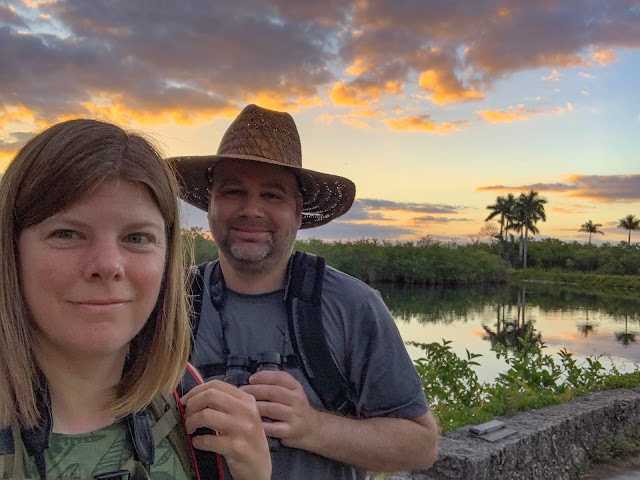 We stopped to look at some of the fish like this Florida Gar: 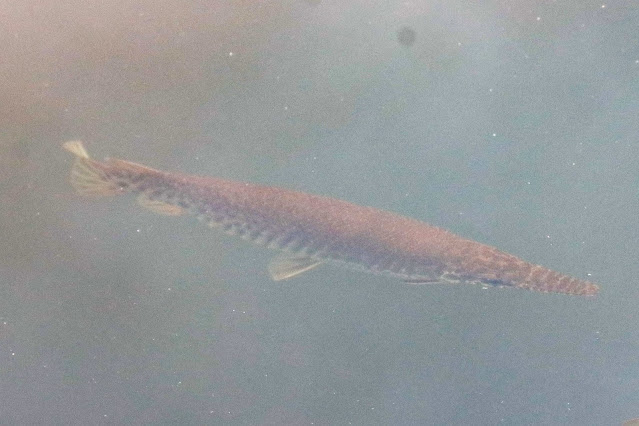 The birding was... perfectly fine. Not amazing but fine. We had our first (for the trip) looks at Purple Gallinules, Anhingas, Tricolored Herons, and Swallow-tailed Kites.

We continued west to the Snake Bight Trail, a spot known for the (slim) possibility of seeing an American Flamingo. 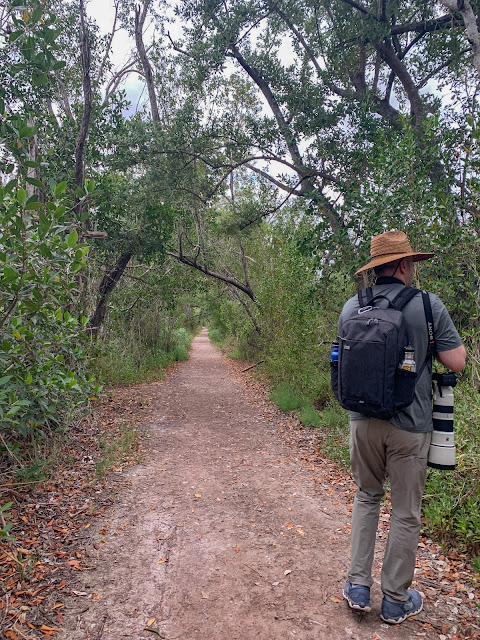 We had a nice mixed flock when we first arrived, along with this Northern Waterthrush: 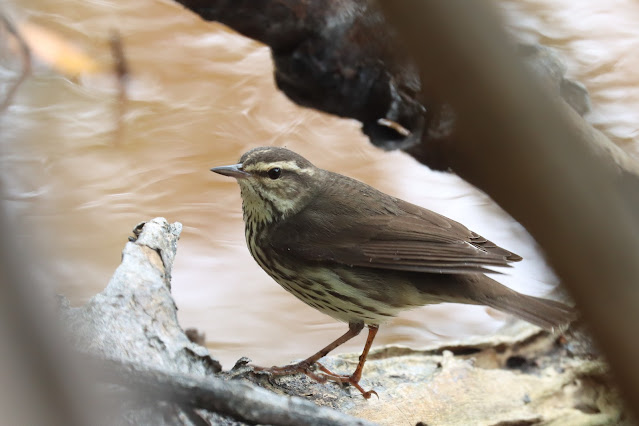 And then... nothing. A whole lot of hot and sticky nothing. We reached the end of the trail and found a platform a great distance from the actual water where one might see a flamingo. With heat shimmer we could barely make out a Great Blue Heron. We turned around. The coolest thing on the whole trail was probably this Eastern velvet ant: 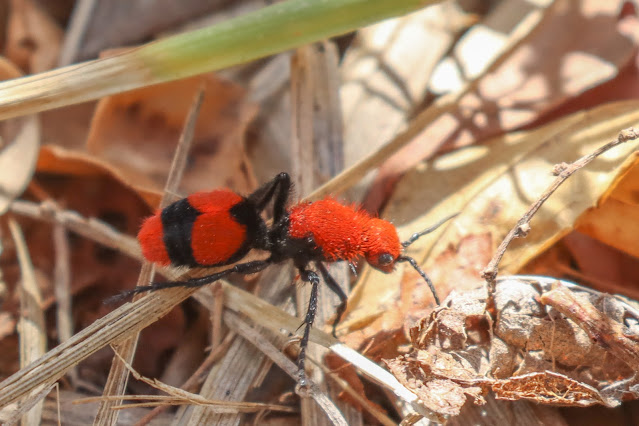 We next stopped at the Flamingo marina to grab lunch and decide what to do next. It was warm and the Everglades were just not what we had expected (mangrovey swampy jungle vibes). We decided to head back, stopping for various critters in and near the road. Eastern lubber grasshoppers were ALL over the road and much of Florida really. 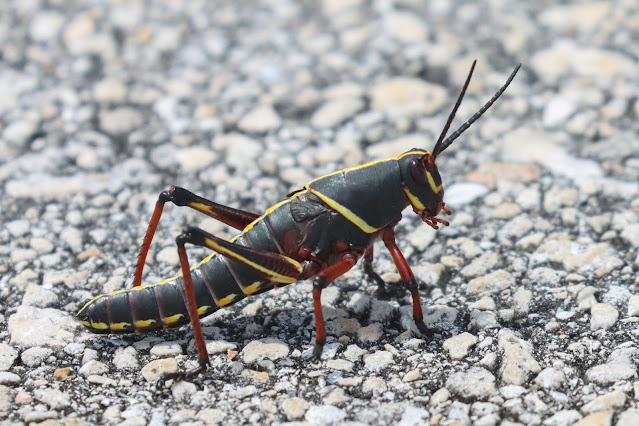 This Florida softshell turtle was one of my favorite things from the park: 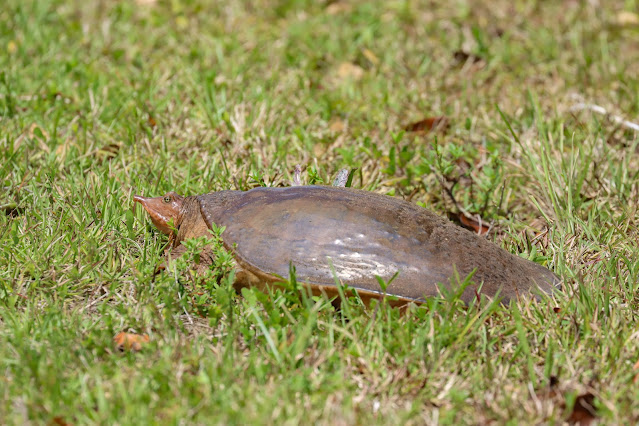 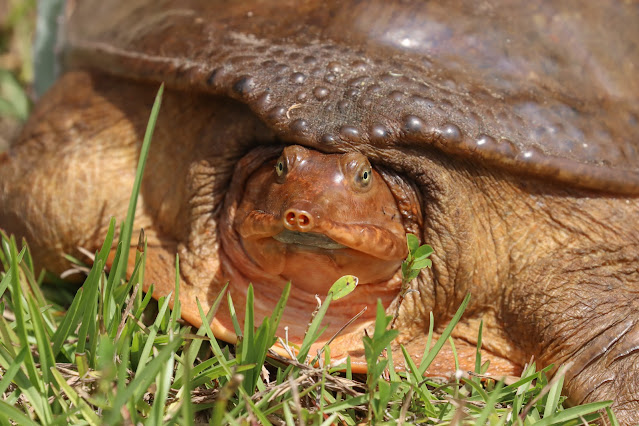 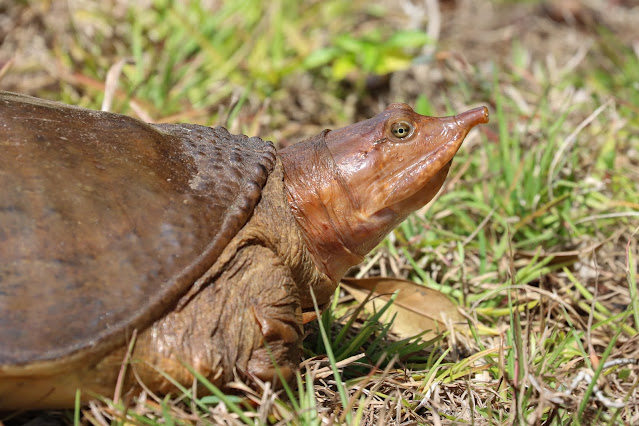 Back at the hotel this big moth was perched over someone's door. I wasn't sure if someone was inside so didn't take many pics, but later realized it was a female Io moth! 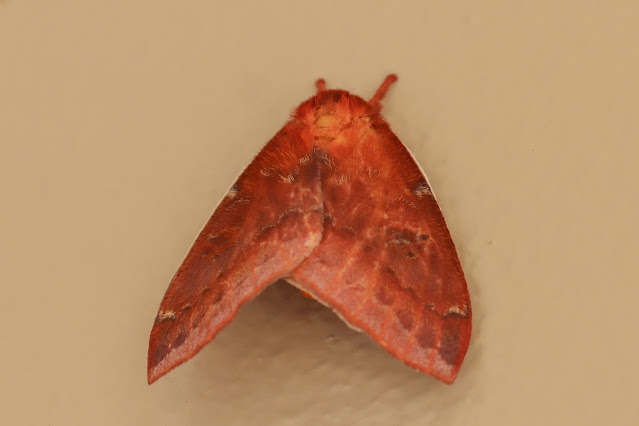 That evening we brought our Taco Bell dinner to Matheson Hammock Park. It was pleasant enough but filled with non-native (and non-countable) exotics like Common Hill Mynas and Orange-winged Parrots. 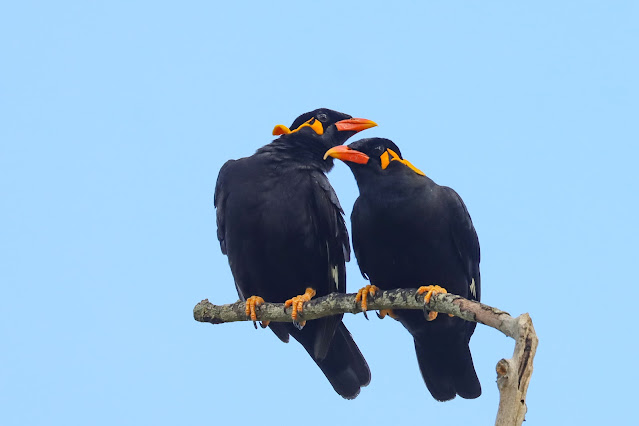 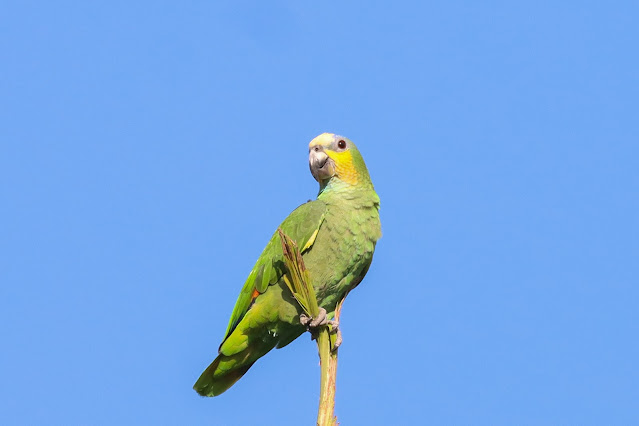 Even the lizards were introduced, like these Peter's Rock Agamas: 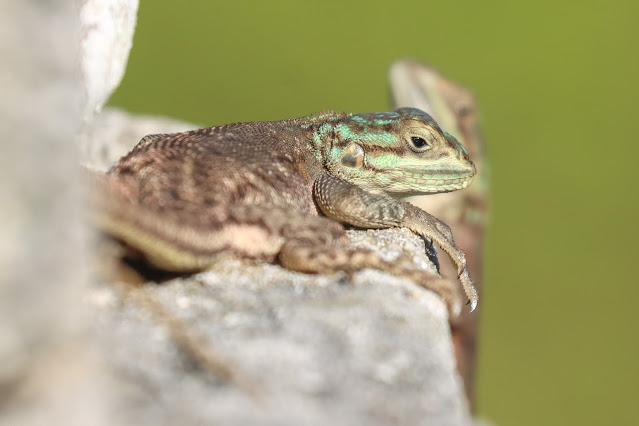 At least we finally got a Pied-billed Grebe for the trip, ha. Back at the hotel the nighthawks were out and about. 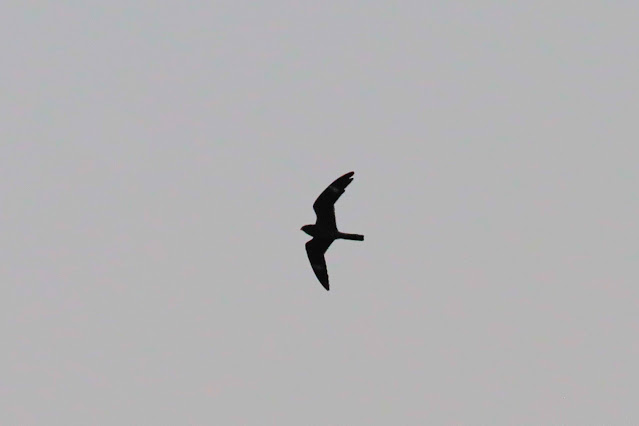 That was our last night in Florida City, more to come from the rest of our trip!