On our fourth full day in Florida we woke in Florida City and began the drive north. I picked a somewhat random park we could stop and bird at once it was light enough out, Plantation Central Park just west of Fort Lauderdale. 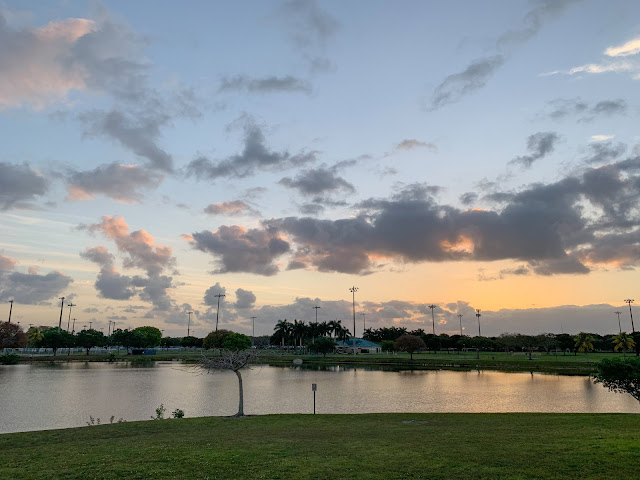 It's a big park with multiple ponds, pickleball courts, swimming pools, walking trails and fields. It was a perfectly fine place to finish off some coffee and donuts with our first trip Limpkins, Mottled Ducks, and Burrowing Owls. 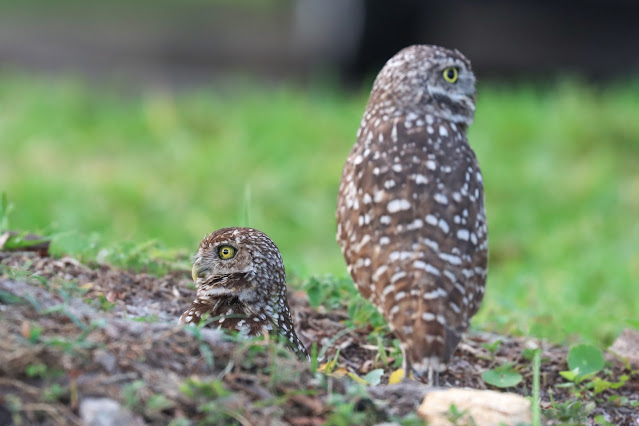 From there we headed north to Wakodahatchee Wetlands in Delray Beach, the most tourist-friendly wastewater ponds I've ever visited. The boardwalk trails lead all around the wetlands, past loud rookeries of all kinds of water birds from Anhingas to Great Blue Herons to Wood Storks to Tricolored Herons. It was very popular with all kinds of Florida tourists.


We decided to check out another wetlands not far from here, Peaceful Waters Sanctuary. It was a little smaller and less active but still cool.

During the hot afternoon we planned to drive the rest of the way north to our hotel for the night in Vero Beach. My job was to find somewhere along the way to snag Florida Scrub-Jay and I came up with Jonathan Dickinson State Park. A park ranger suggested the Camp Murphy Trail for the jays and thankfully we found a couple quickly because it was hot and there was no shade. 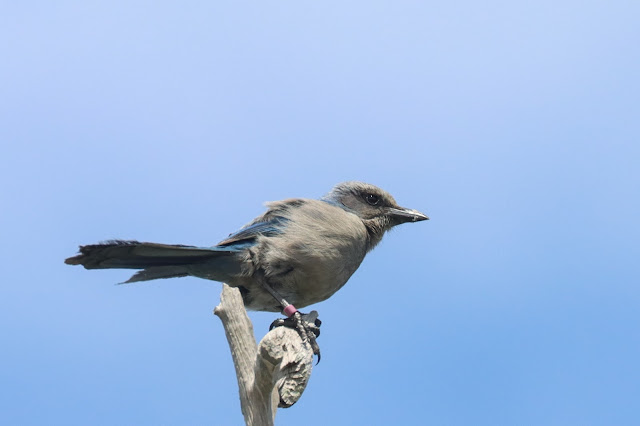 We made it to Vero Beach where we had a nice walk along the beach and a good dinner at some fancy-ish restaurant.
The next morning we were up early to head northwest to Three Lakes Wildlife Management Area, a spot I had visited on my previous trip to Florida. We started at Hunter Campground and soon found the bird I had missed before.
We also had Brown-headed Nuthatch, Eastern Bluebirds, Eastern Meadowlark and heard-only Bachman's Sparrows. Later at the Prairie Lakes Unit we finally had good visuals of a singing Bachman's along with a big ole gator. 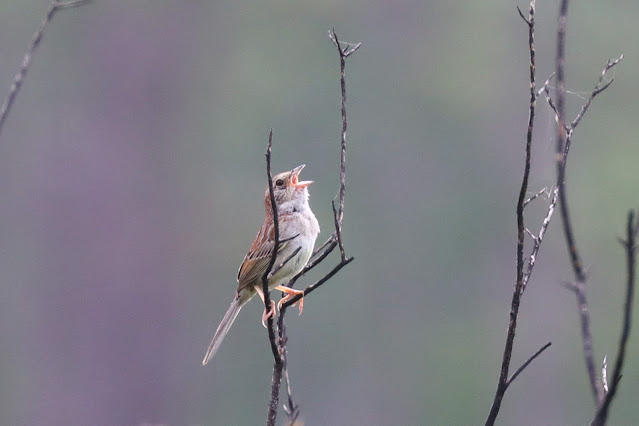 After those successes we headed west to Circle B Bar Reserve, a former cattle ranch, near Lakeland. I had heard of the place but didn't know what to expect, arriving in the mid-day warmth. 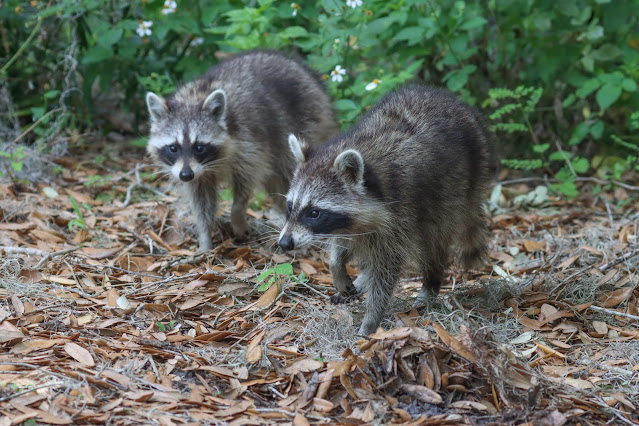 I really had not expected to be fighting off raccoons while trying to eat lunch at a picnic table. They were cute but persistent. After filling our bellies we started to explore the park. 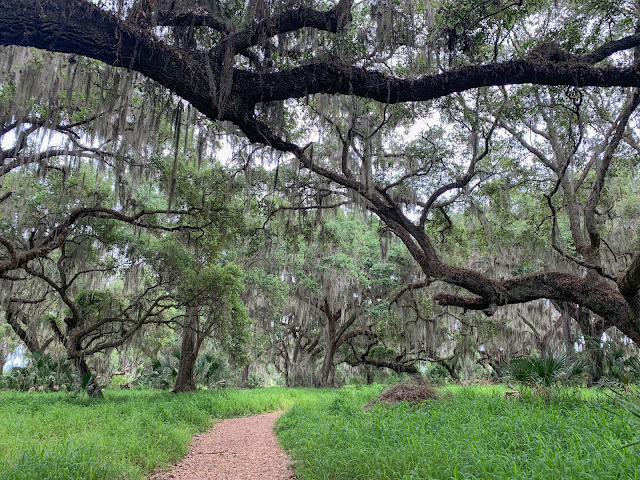 We found a nice mixed flock in these trees that contained Jacob's lifer Black-throated Blue Warbler among other warblers.

A Pileated Woodpecker took a sand bath just off the trail. 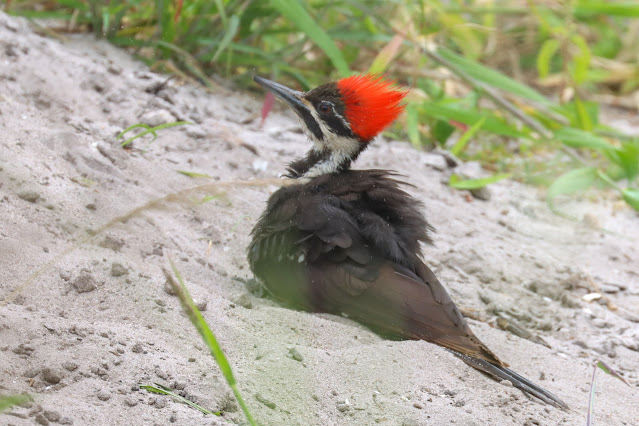 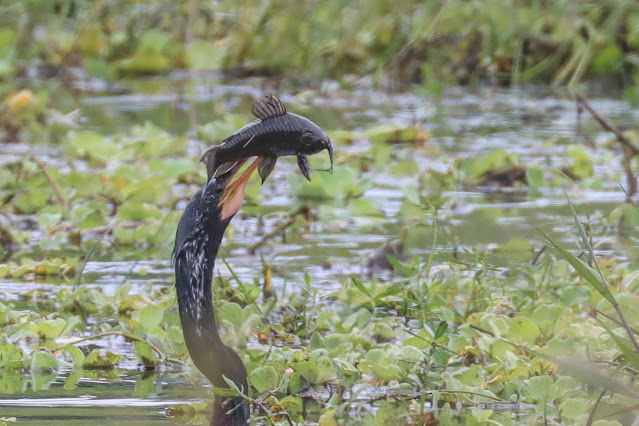 This Anhinga stabbed this Brown hoplo, a non-native catfish, to death which was fun to watch. 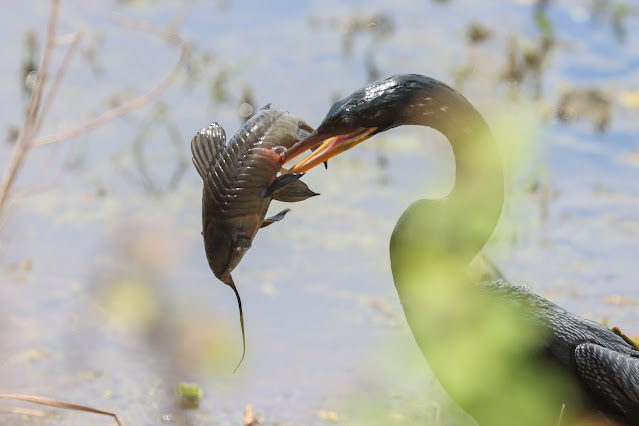 After several hours here we went to check into our hotel in Lakeland but then decided to go back for more birds in the evening. One of the first things we found was this cool corn snake: 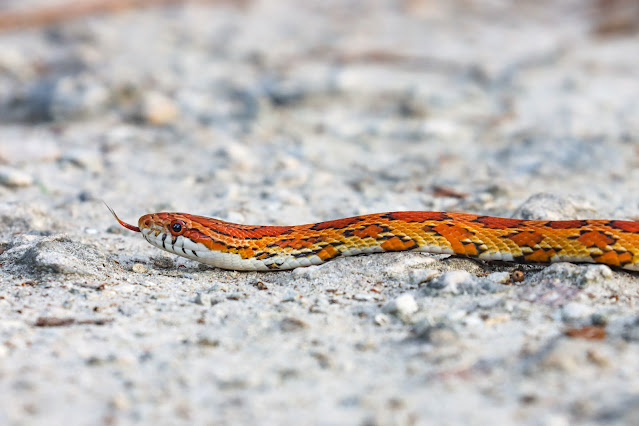 We stumbled upon a Barred Owl family, which was a pleasant end to the day. 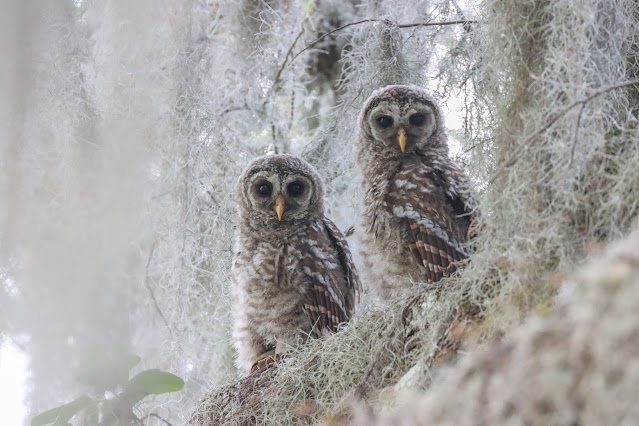 The next morning we decided to return for more rather than try somewhere new.


Back in the parking area I found a couple of wheel bugs (Arilus cristatus) on the picnic tables and the port-a-potty door. 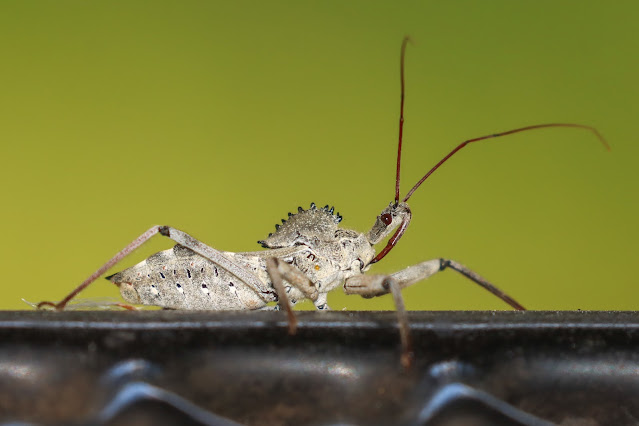 Our complete checklist from our third visit here. I can see why birders love this spot! Lots of areas to wander with plenty of good habitat for a variety of wildlife. But now it was time to start heading north to Gainesville, our final destination on our Florida road trip. More to come!