on January 09, 2010
This morning I decided to check out the Wapato Access Greenway State Park Trail on Sauvie Island.  Lucky for Jake, dogs are permitted on the trail.  We spent about an hour and a half wandering around there. 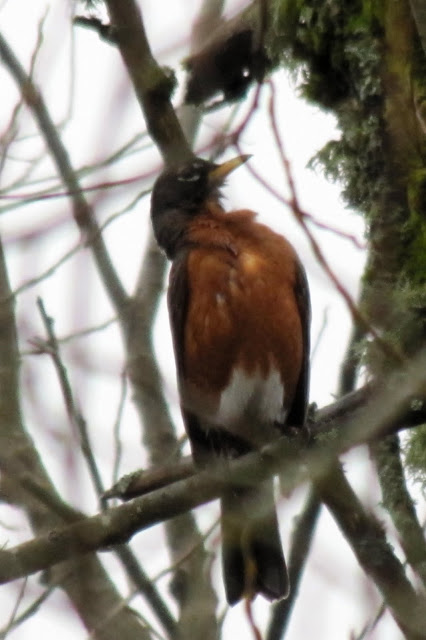 There were lots of American Robins flitting from tree to tree. 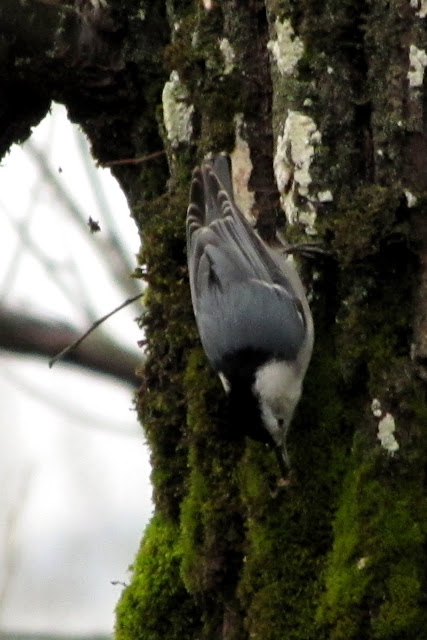 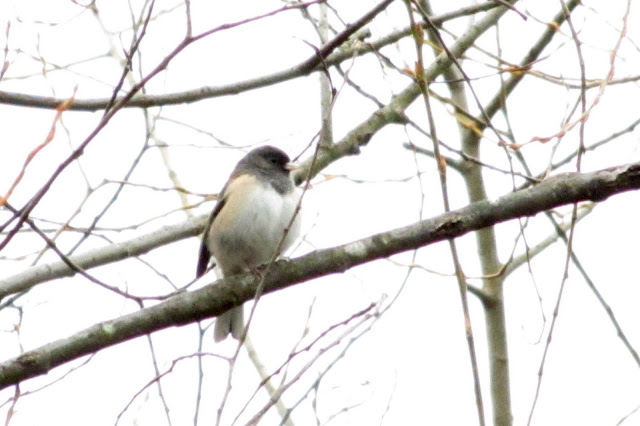 This looks like a junco, but I'm not sure.. 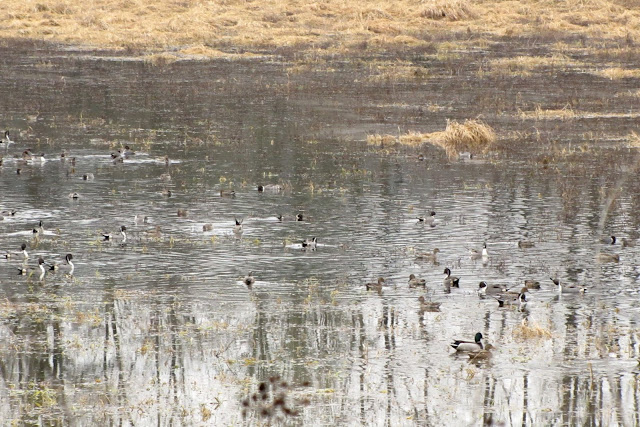 After our hike I drove around the island a bit.. 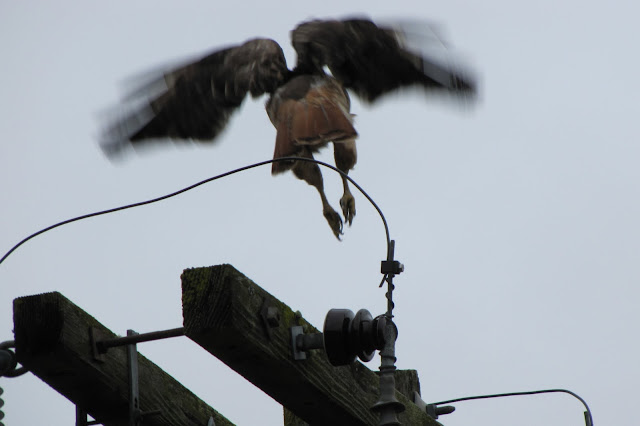 This Red-tailed Hawk was a bit camera shy. 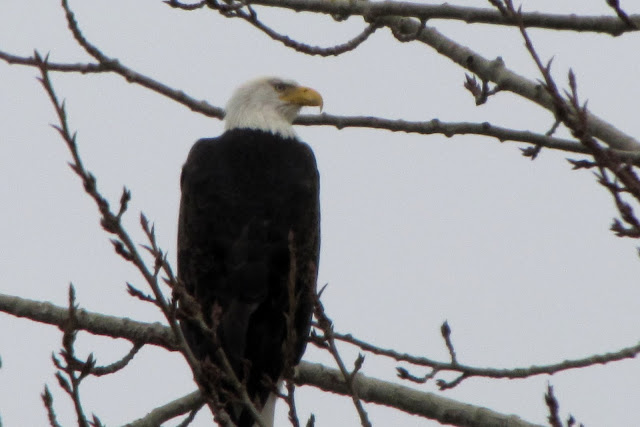 This Bald Eagle perched along the Multnomah Channel definitely did not want to be my friend. 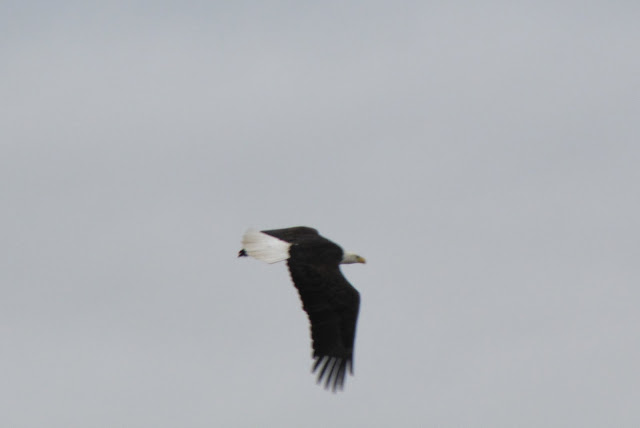 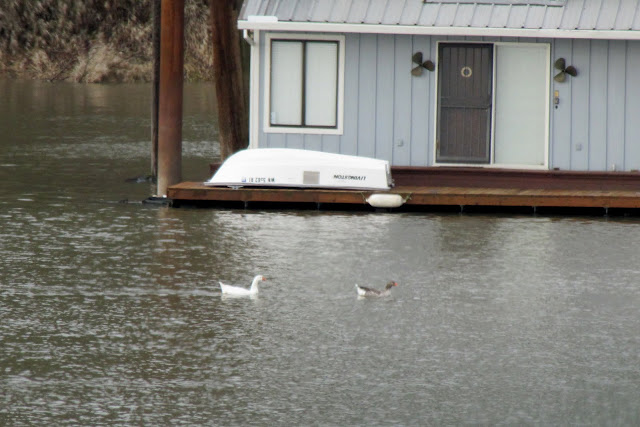 A pair of domestic ducks in the channel. 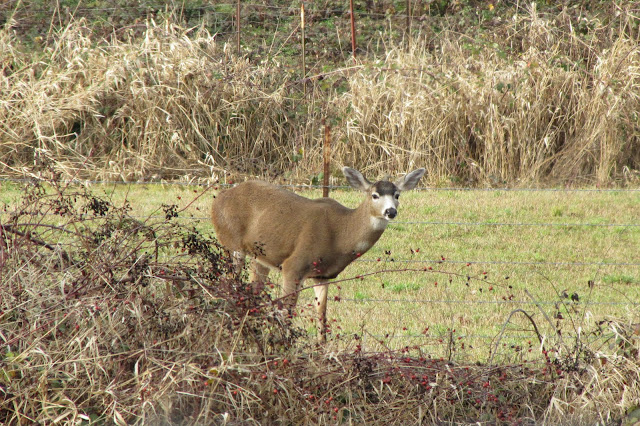 I am not sure what kind of deer this is, and I am still not convinced it is even real.  I don't think he moved the whole time I was taking pictures... 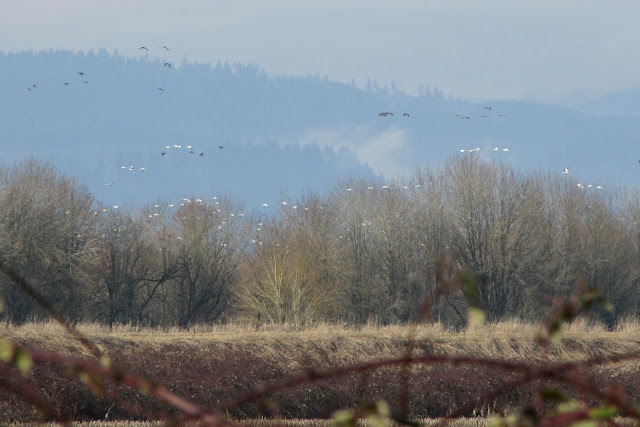 Snow Geese and Canada Geese coming in for a landing... 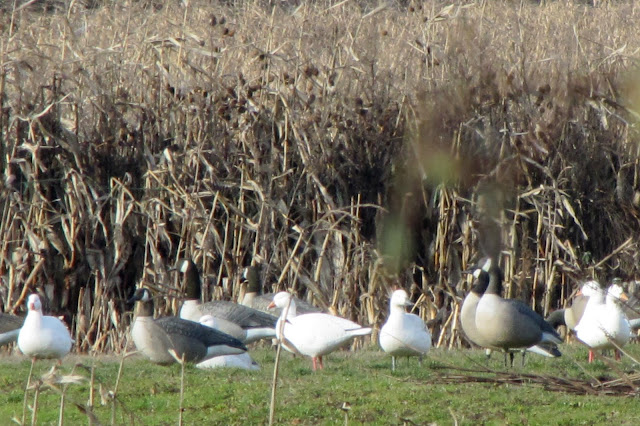 These geese were in someone's yard... They also look fake to me.  Am I crazy? 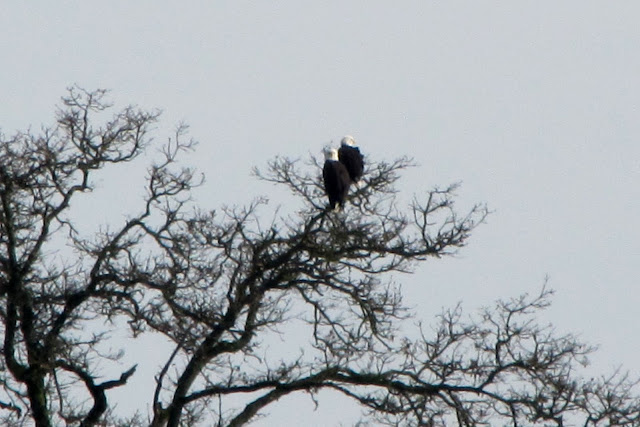