Ridgefield NWR and other stuff.

I still have a bunch of stuff to do to prepare for my road trip, but it's kind of hard to get stuff done when I know there are warblers and tanagers and all sorts of other colorful things infiltrating every park in town...  So this week I've been trying to balance out errands and birding (oh and work, of course) and here's what I've got to share... 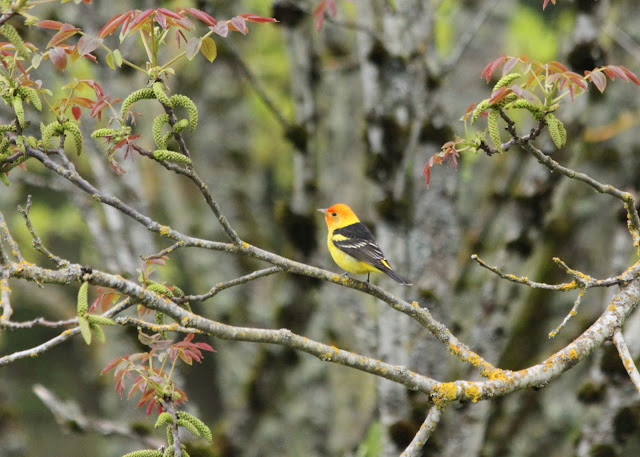 Some chickadees were working on excavating a nest just outside my kitchen window again- same spot as last year, so I am guessing that they will abandon it again once they realize how many deranged meth-heads walk by daily...  (Funny, it was on April 25th last year that I first noticed them). 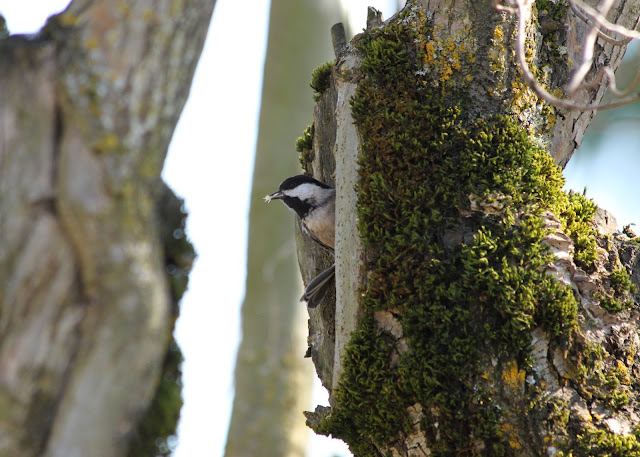 A dog walk at Kelley Point Park produced the first Chipping Sparrow I've ever seen in Portland, as well as certainly-not-the-first Brown-headed Cowbird... 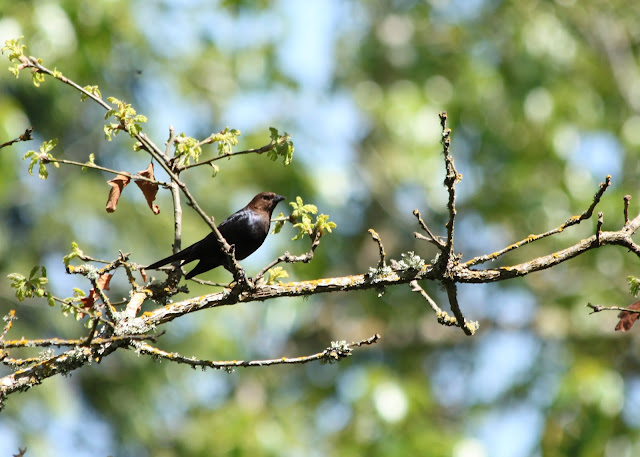 This morning I made a super early trip to Ridgefield and found a ton of great birds.  There were bitterns booming and Soras calling, and of course a Wood Duck in a tree... 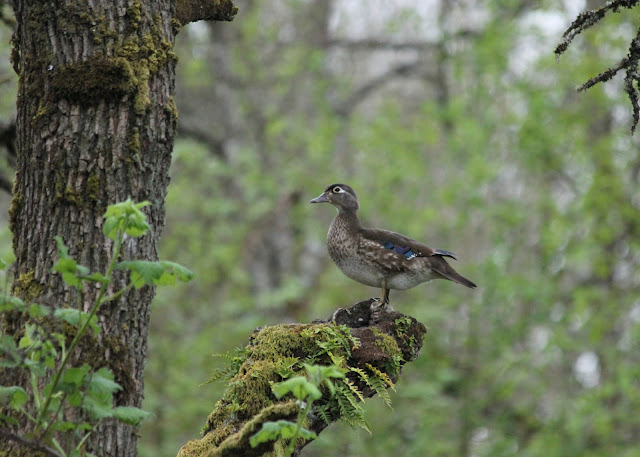 I was psyched to find the previously reported Blue-winged Teal hanging out with a pair of Cinnamon Teals (even following them and head-bobbing along with them). 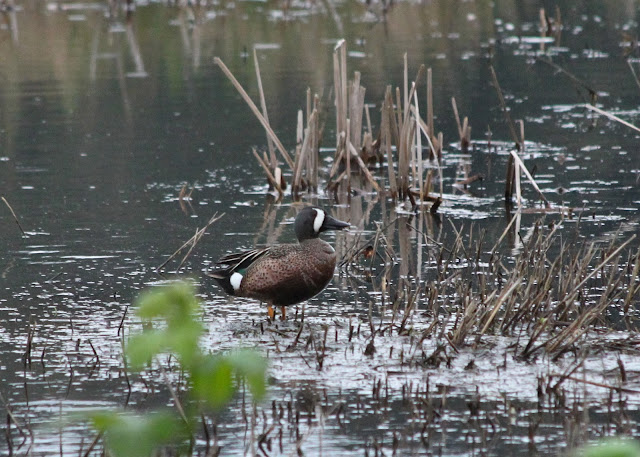 Along the shoreline I found what I am pretty sure is a Solitary Sandpiper: 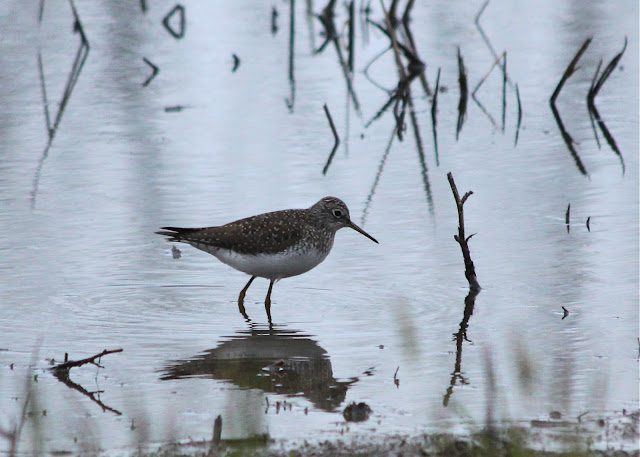 This fella was briefly joined by some Least Sandpipers and a few yellowlegs.  One of the yellowlegs sounded an alarm after a few minutes and they all took off, except for the Solitary Sandpiper.  I love when a name makes sense.

This next photo I liked just for the size comparison of the Solitary on the left, the Least in the middle (to the right) and the Greater Yellowlegs on the right. 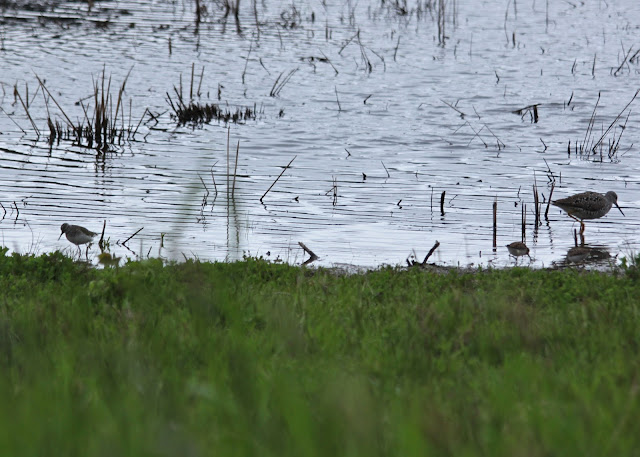 There was another yellowlegs farther away that looked like it might be a Lesser, but it could just be wishful thinking... Help? 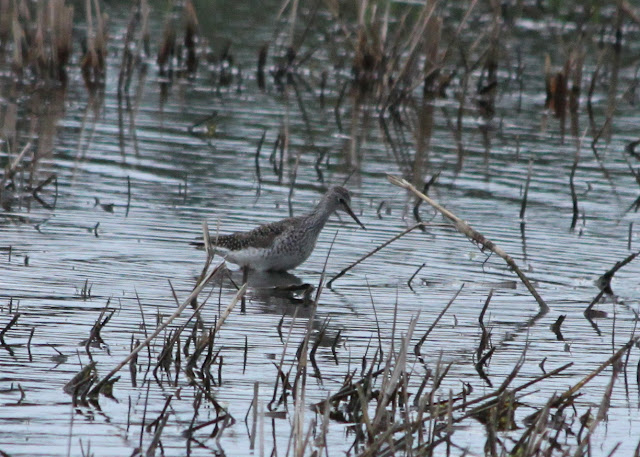 Now it's time for some cuteness... The Great Horned Owl kids were out enjoying the morning (by snoozing): 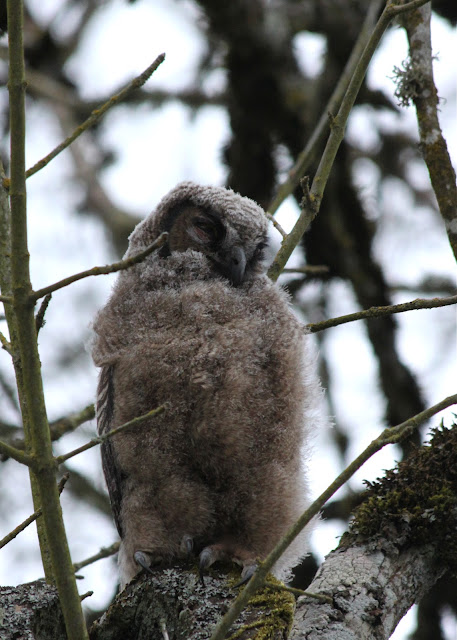 And on the road coming out of the forest was some kind of goose family party: 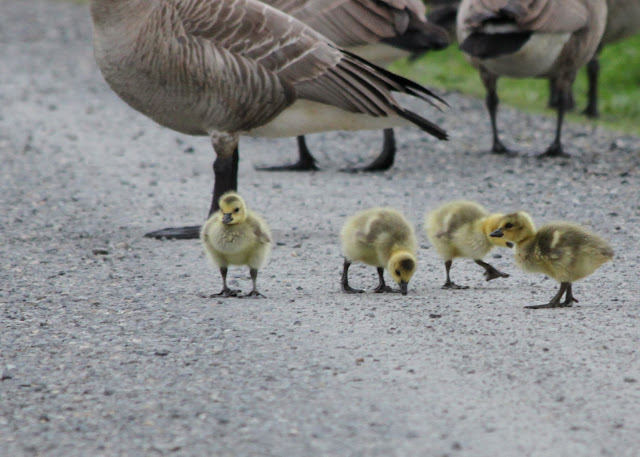 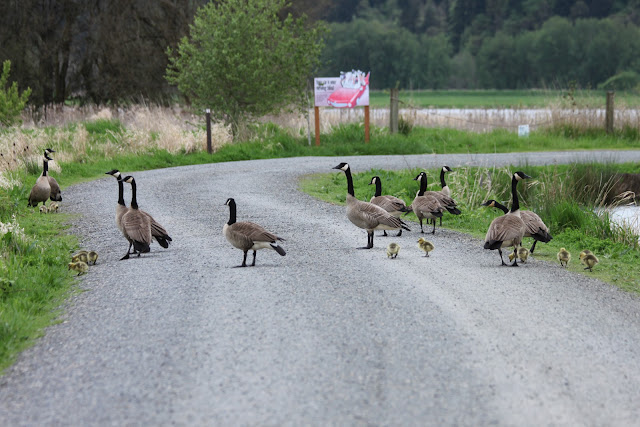