on November 23, 2014
Thanks everyone for the kind words on my anniversary post, and for taking my silly survey!  I'm sure you are all curious about the results... Survey says! 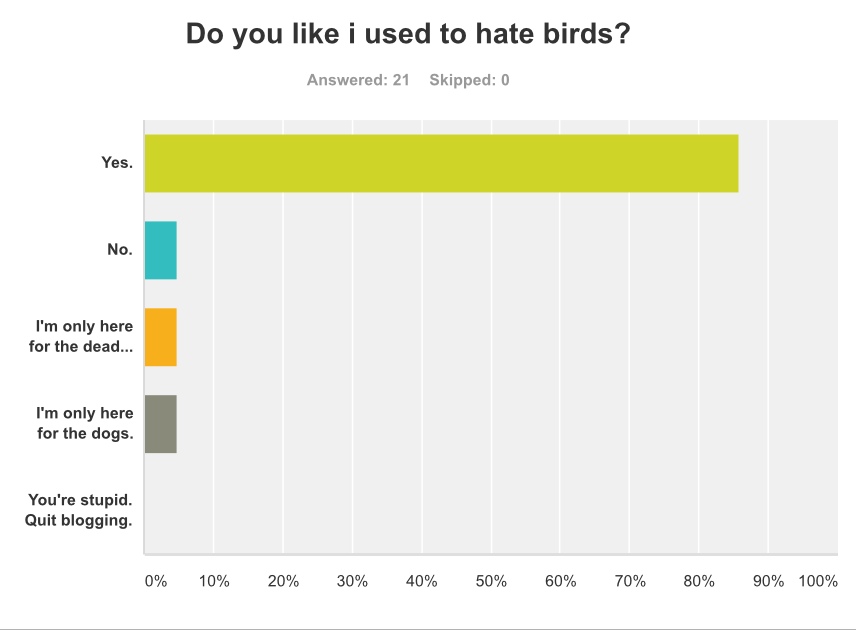 Well, it turns out that out of 21 respondents, 18 like my blog!  Yay!  As for favorite headers- wow, there was a wide variety of responses: 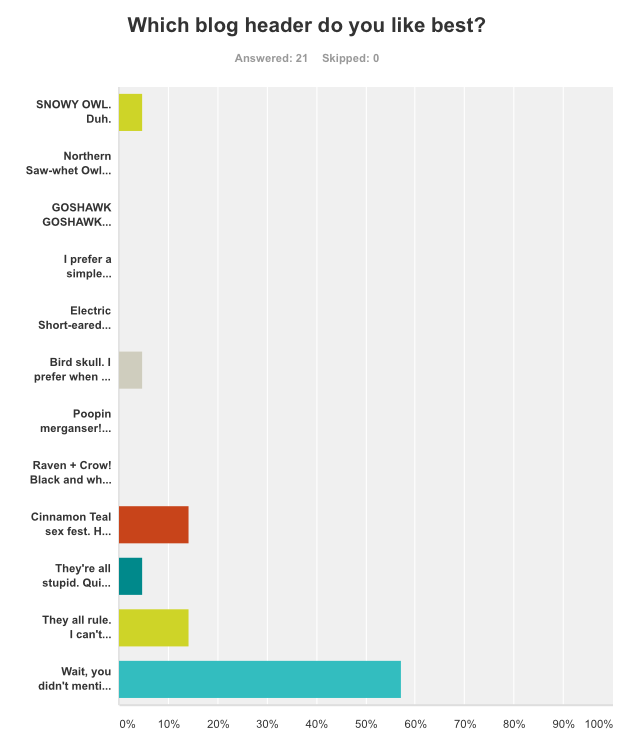 The Cinnamon Teals won by a narrow margin, beating the Snow Bunting by one vote (3-2).  Thanks for playing everyone!  Except the person who doesn't like my blog and thinks all the headers are stupid.  That person can... I don't know.  I'm not good at threats.   The survey is now closed but I hope to come up with another silly one soon, because that was fun.

In other birding news, a new Taken For Granted Challenge occurred yesterday!  Well-known Arizona baller Laurence of Butler's Birds took on the lesser known Hoosier Greg of Greg and Birds fame.  It sounds like both competitors fought hard and well, but in the end... Well, you can check out their stories for yourself.  Let it be known that there are talks of a rematch between me and my former rival, so stay tuned.

Let's get to some actual birds now!  I have two weeks of birds to catch up on here, and I haven't even shown you the most popular bird in Oregon right now!  While I was in Massachusetts a Tundra Bean-Goose was found at Nestucca Bay NWR along the coast so the morning after I got home I drove straight out there to see it. 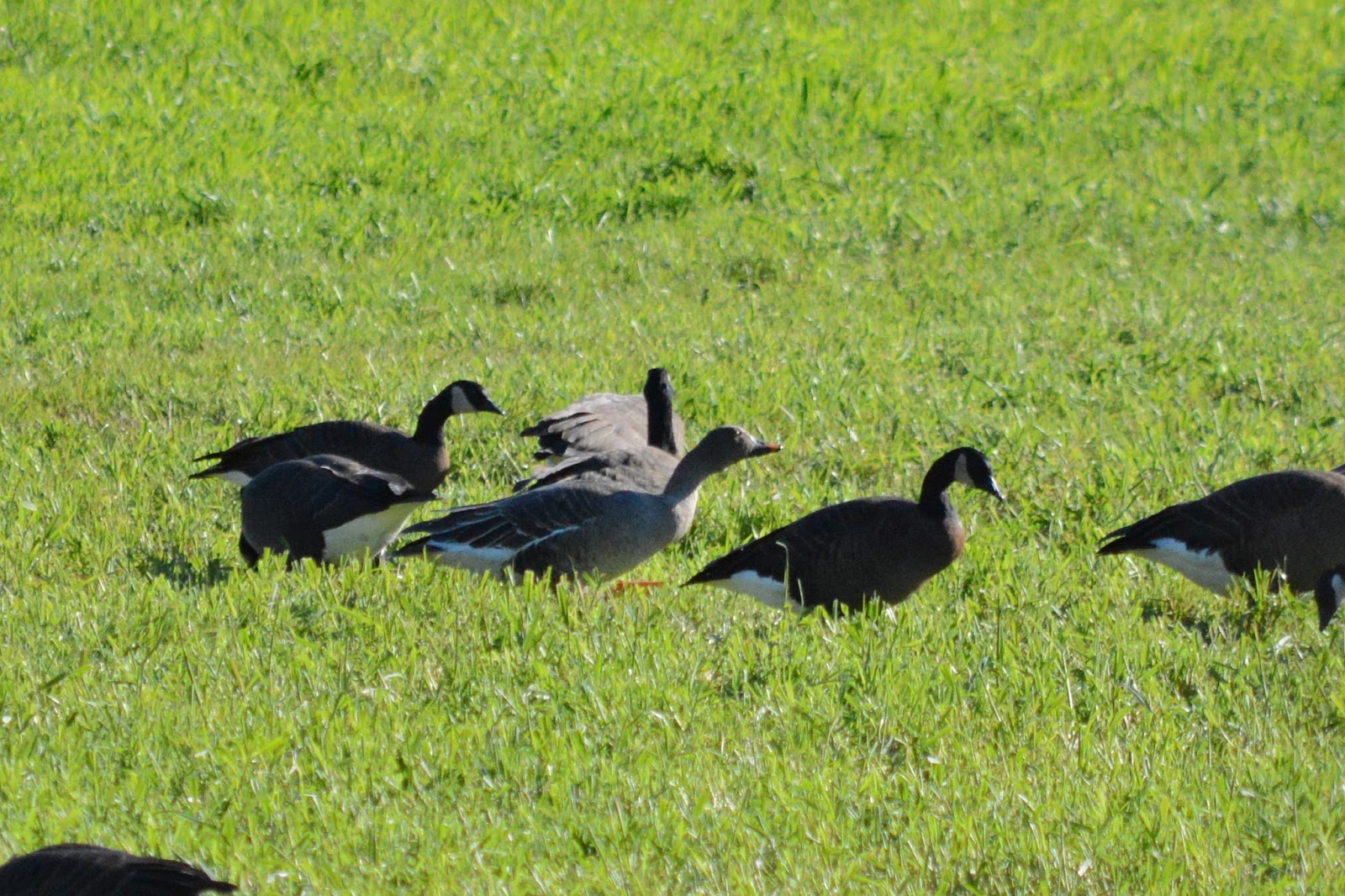 The sun was not on my side that morning, but the goose was thankfully close-ish to the entrance road.  When I left I stopped along Highway 101 to get a more distant but sunny view of the bird. 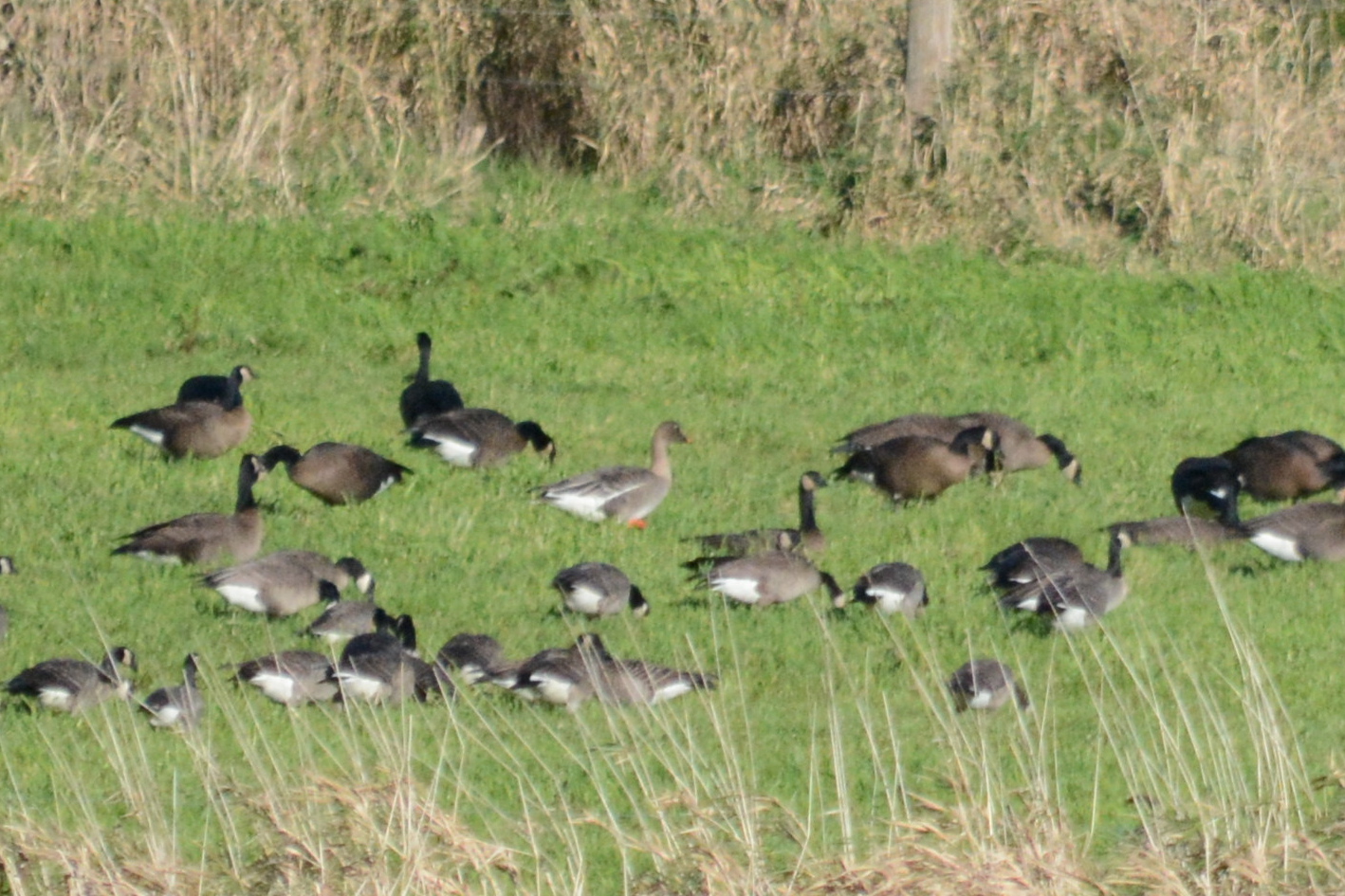 It was cool to see such a rarity, but one of the coolest things about that morning was that like 10 of the 12 birders around were women.  That seemed like the real rare event.

Last weekend my friend and I went to check out the icy situation in the waterfall alley of the Columbia River Gorge.  There was snow and ice and all kinds of loveliness. 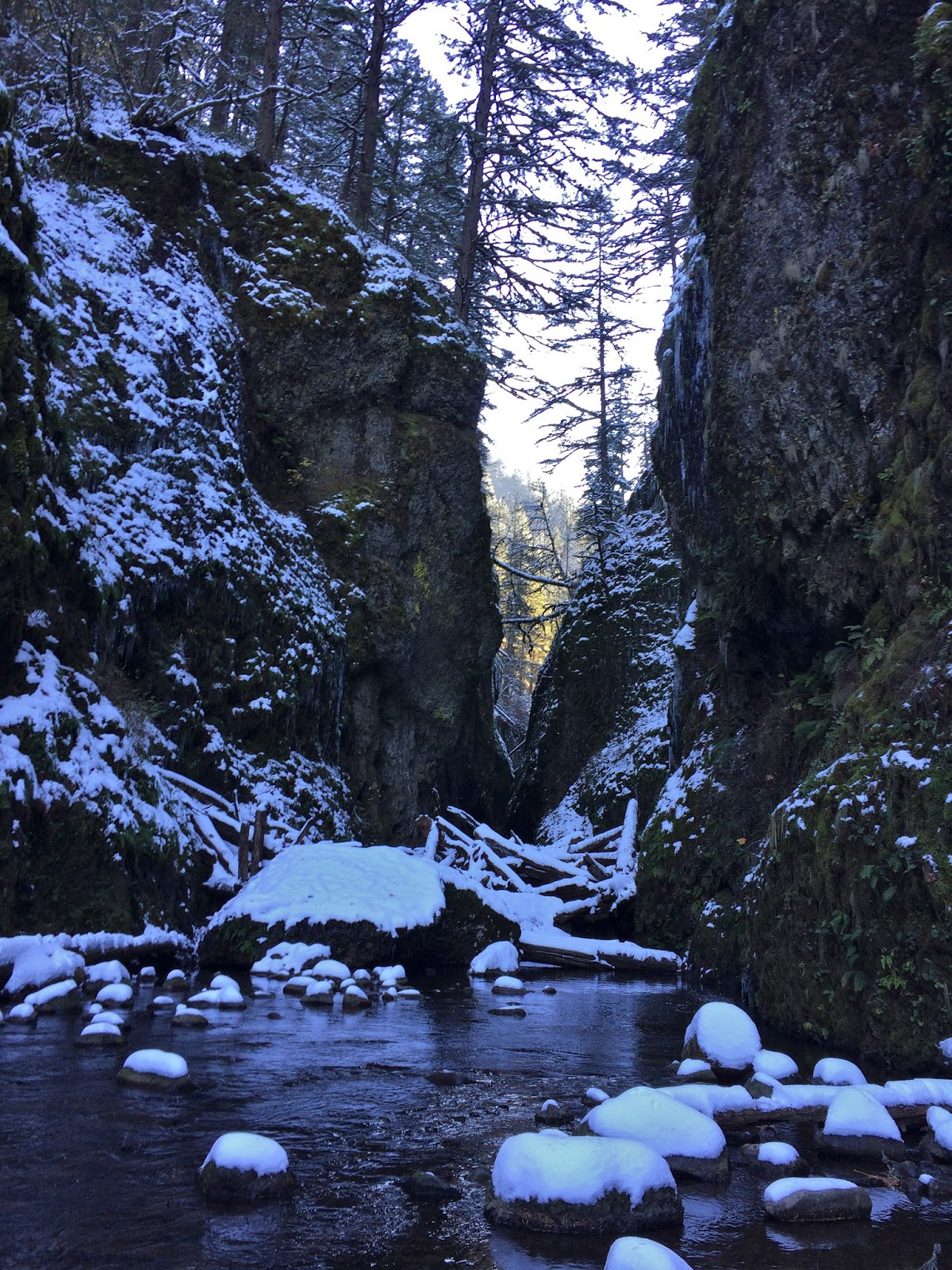 A Varied Thrush with a snowy backdrop is kind of perfect, even when it's not quite perfect. 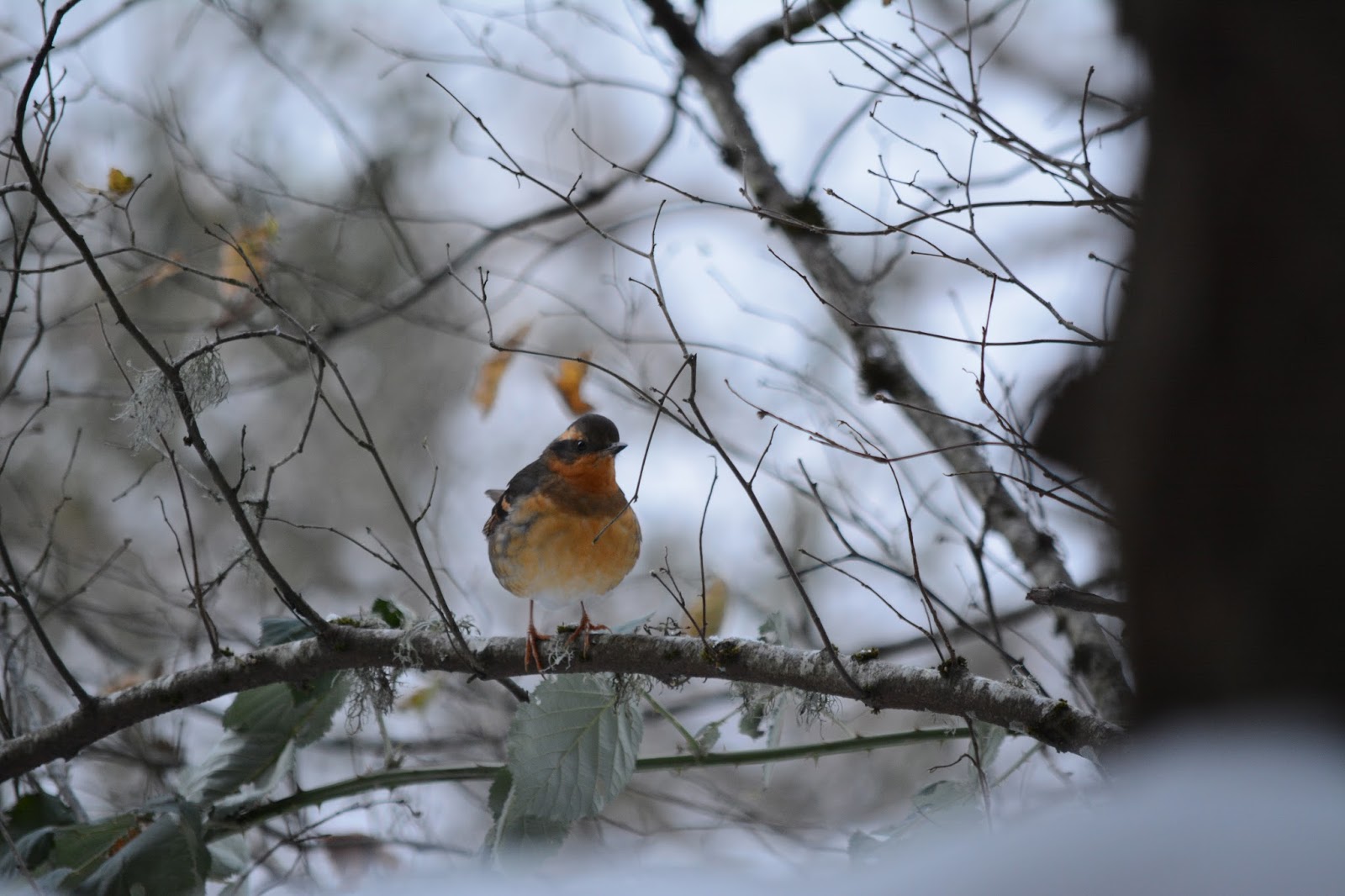 Long dog walks in Vancouver have been part of our regular schedule lately.  Jake takes these walks super seriously. 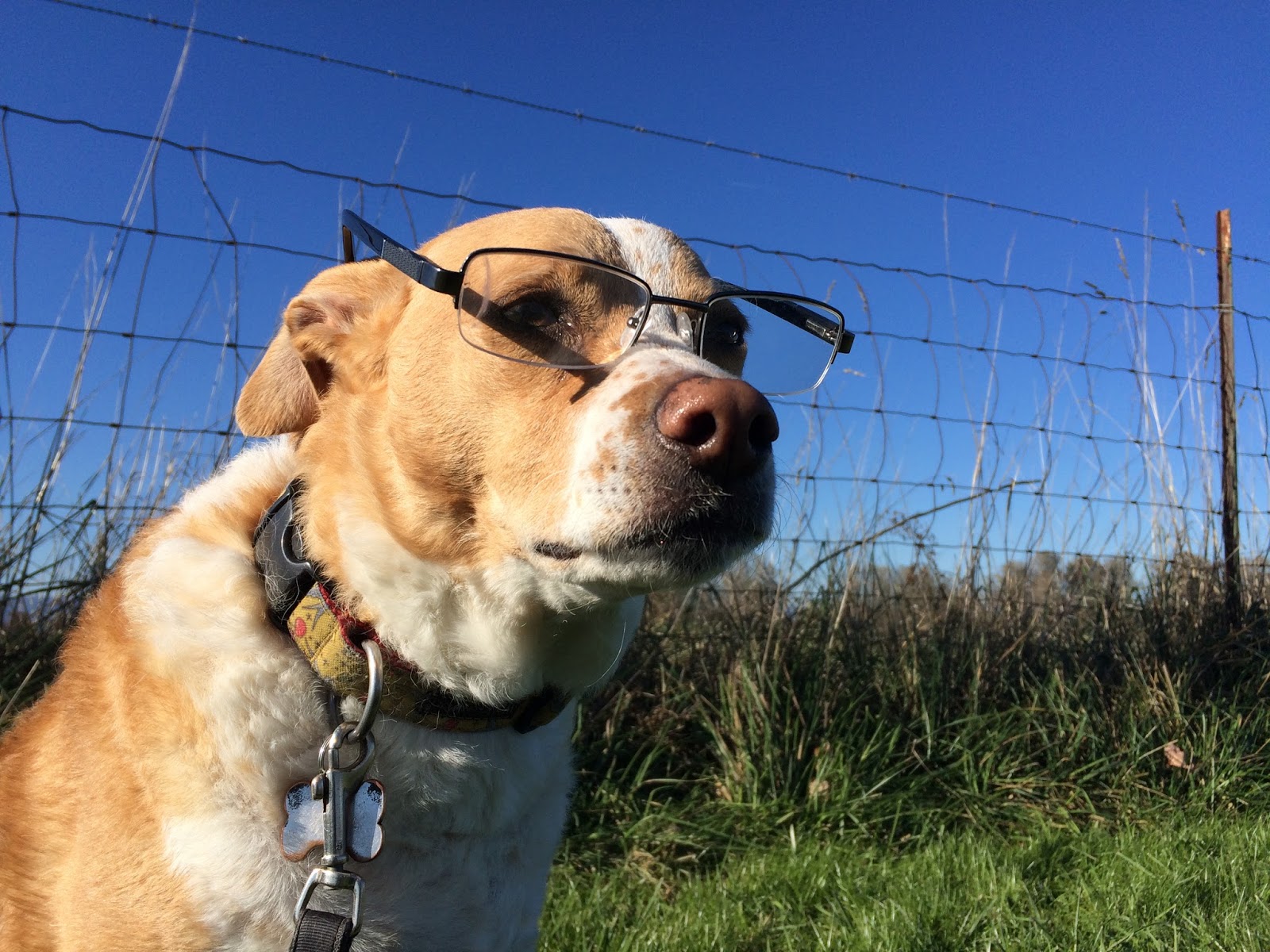 On this sunny day we had gone to see the Snowy Egret at Post Office Lake.  That bird was a blurry mess in photos, but this American Kestrel was pretty nifty: 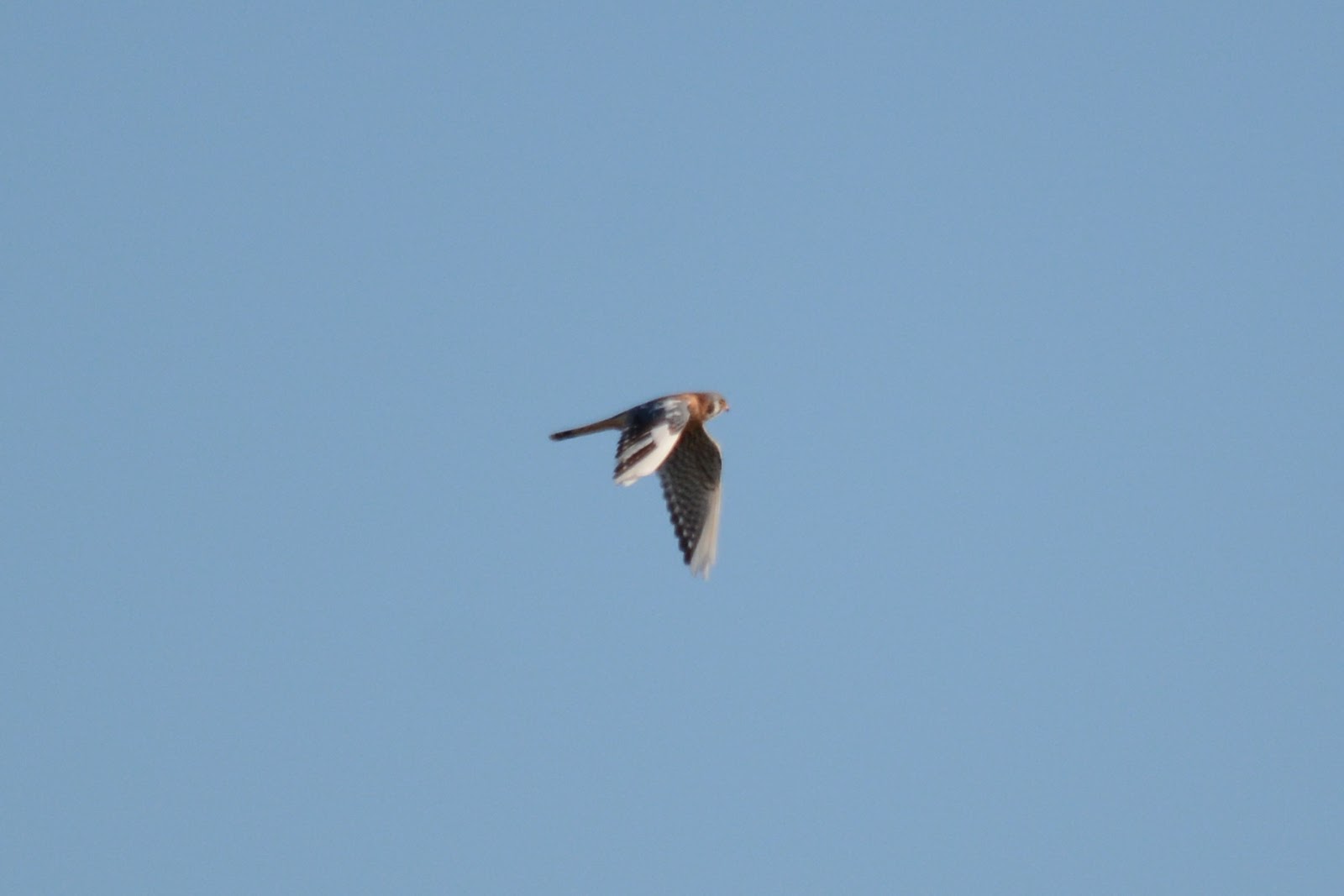 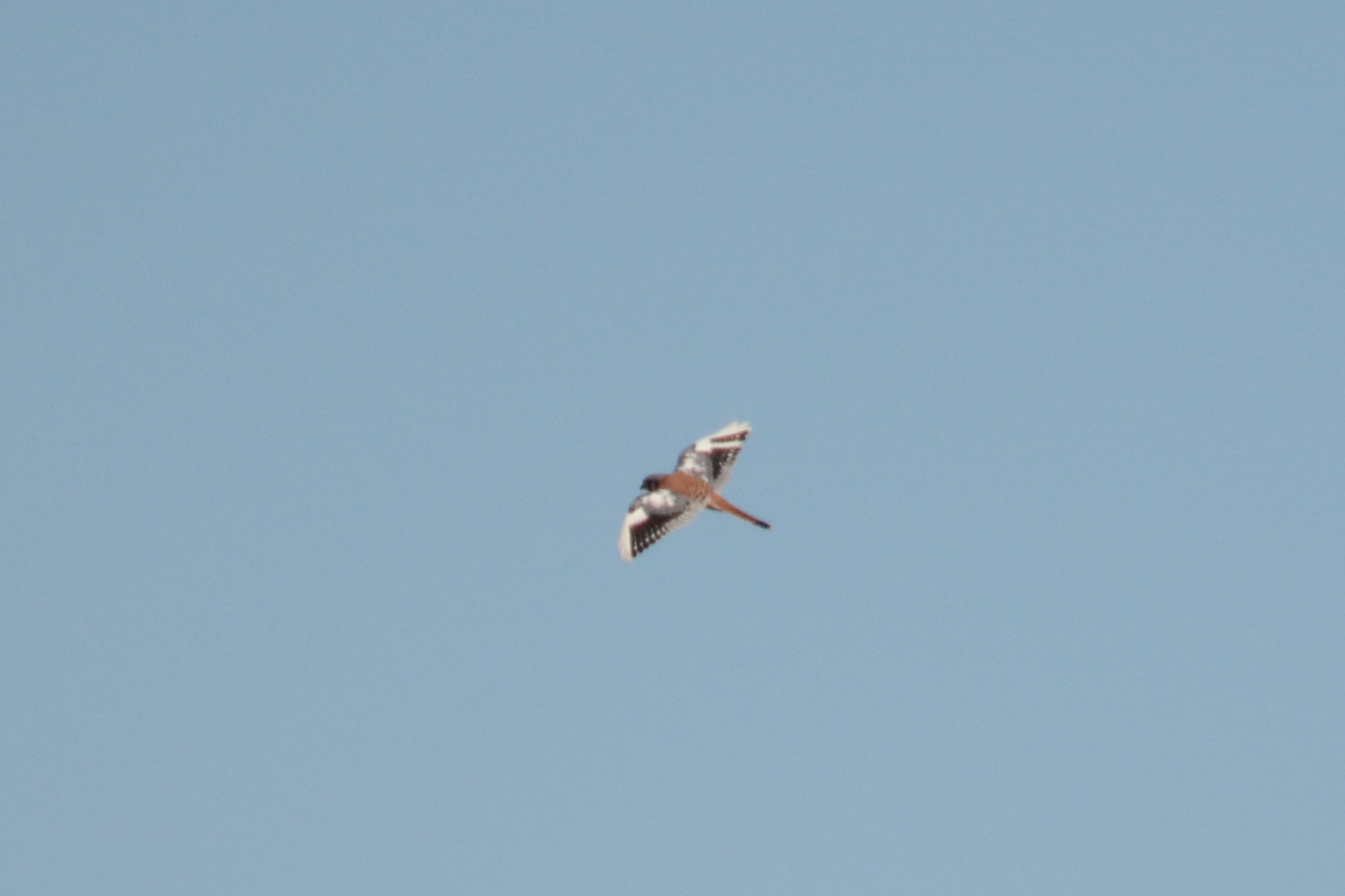 Thursday was my four year anniversary with my dog, Ralph.  I can't begin to explain how much I love that weirdo or how much he has challenged me over the last four years, but we are finally the best of friends.  To celebrate we took a long walk in Vancouver and out to the outer reaches of beach at Frenchman's Bar Park. 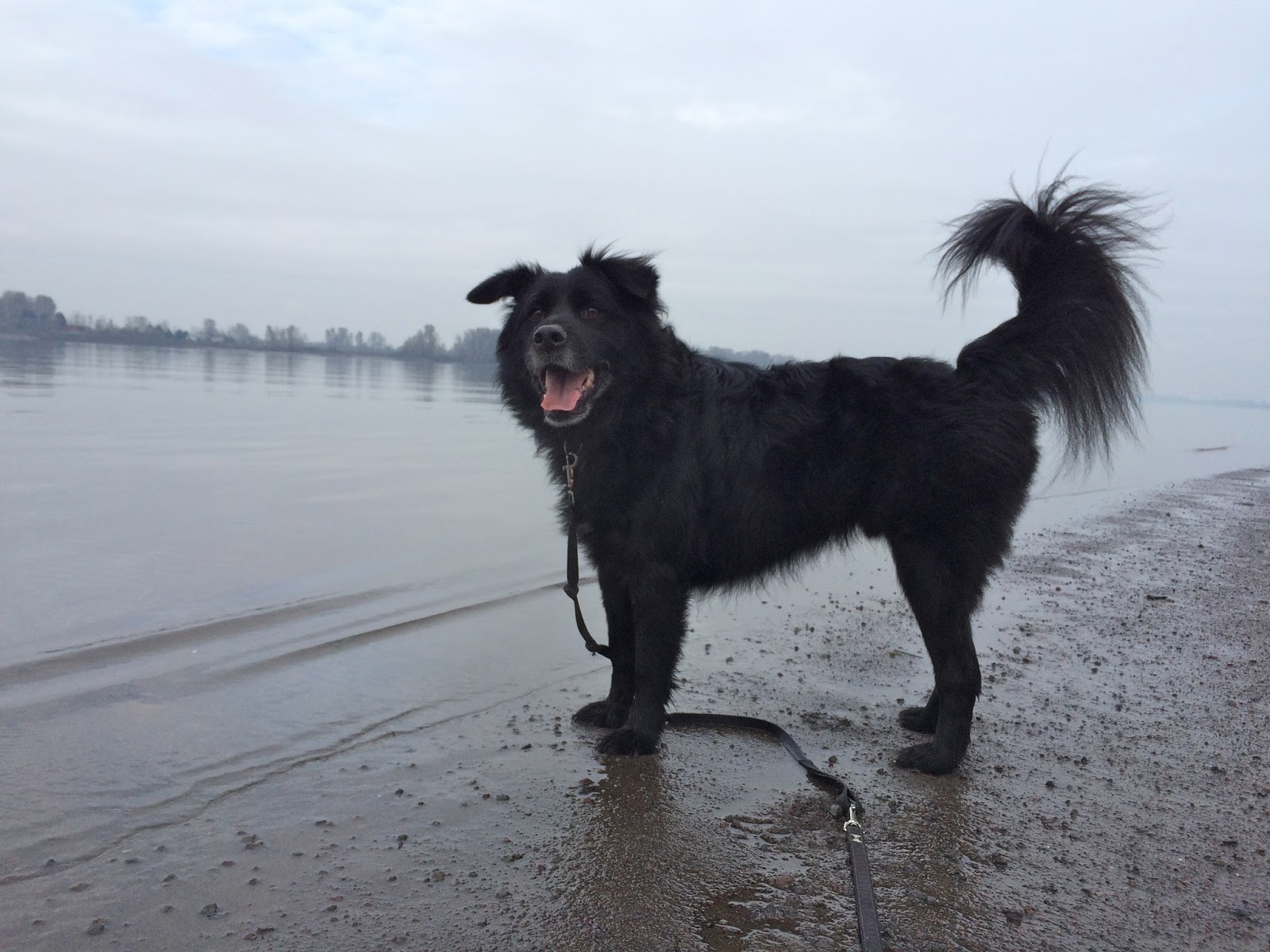 The walk from the sharp-turn-parking-lot (that really needs a name) to the park was fun in itself.  I was especially psyched to see a Northern Shrike perched on the fence along the path... 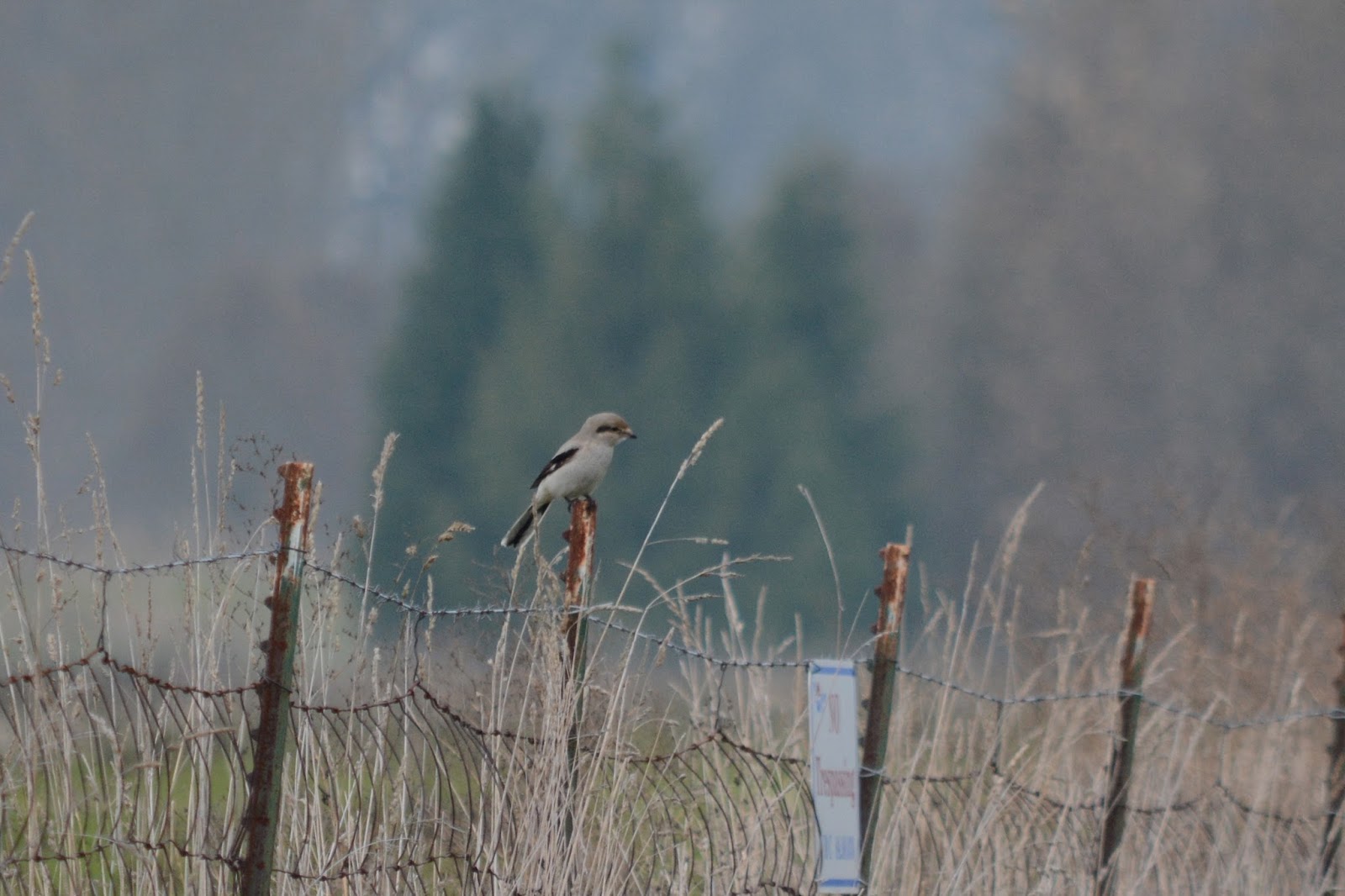 The Cackling Geese that hang out in the fields along the road are really the main attraction.  Sometimes they're chill and just slowly walk away as we walk by on the bike path.  Other times, like ten birds will spook, then hundreds, then thousands, and the sound just overwhelms and amazes.  I don't like being the cause of it, but I do feel an excited flutter at the sound of them all taking off.


Now let's get back to the recent sunny days.  From a dog walk up to the river: 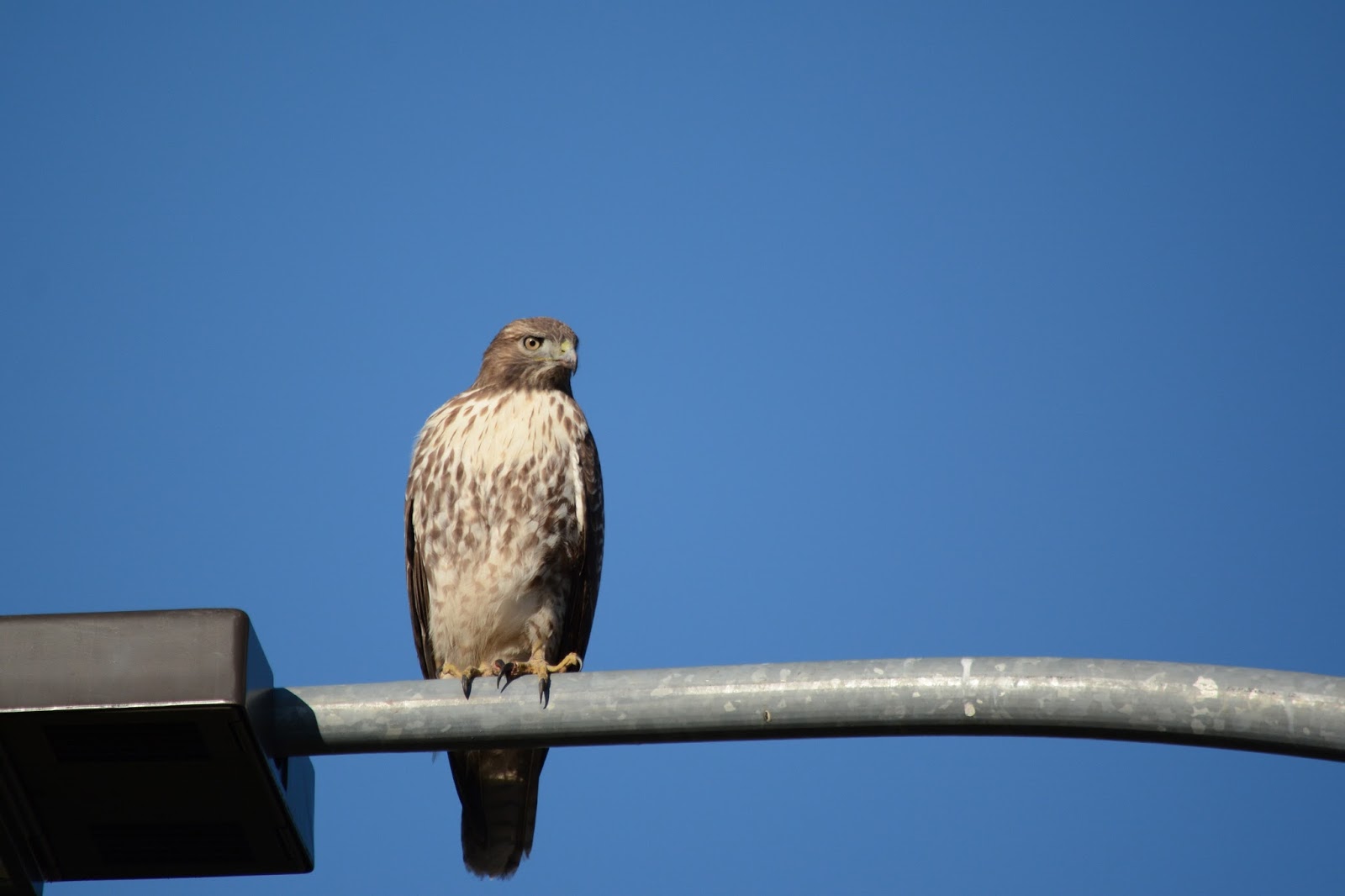 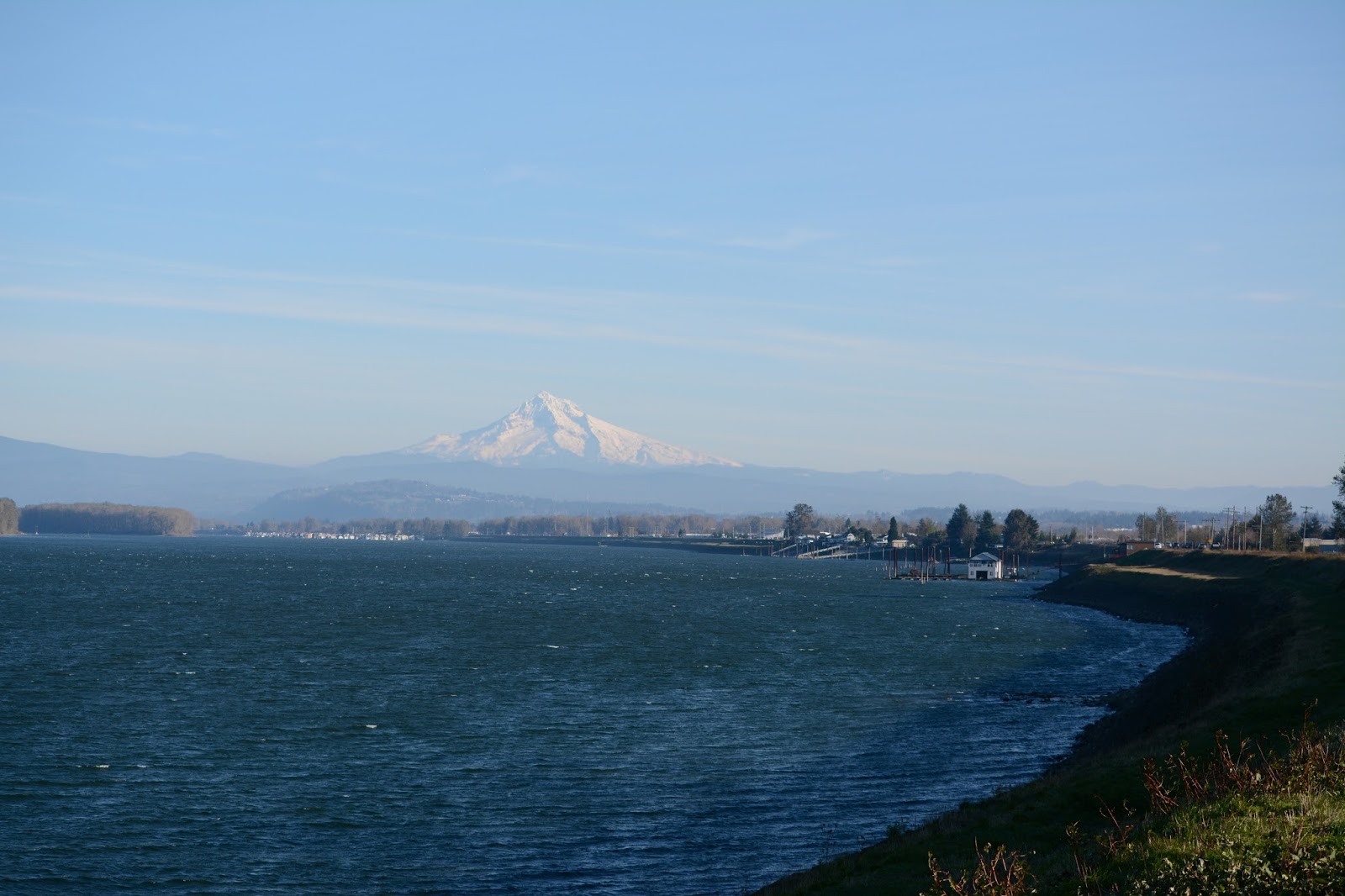 From the walk that produced that funky Common Goldeneye: 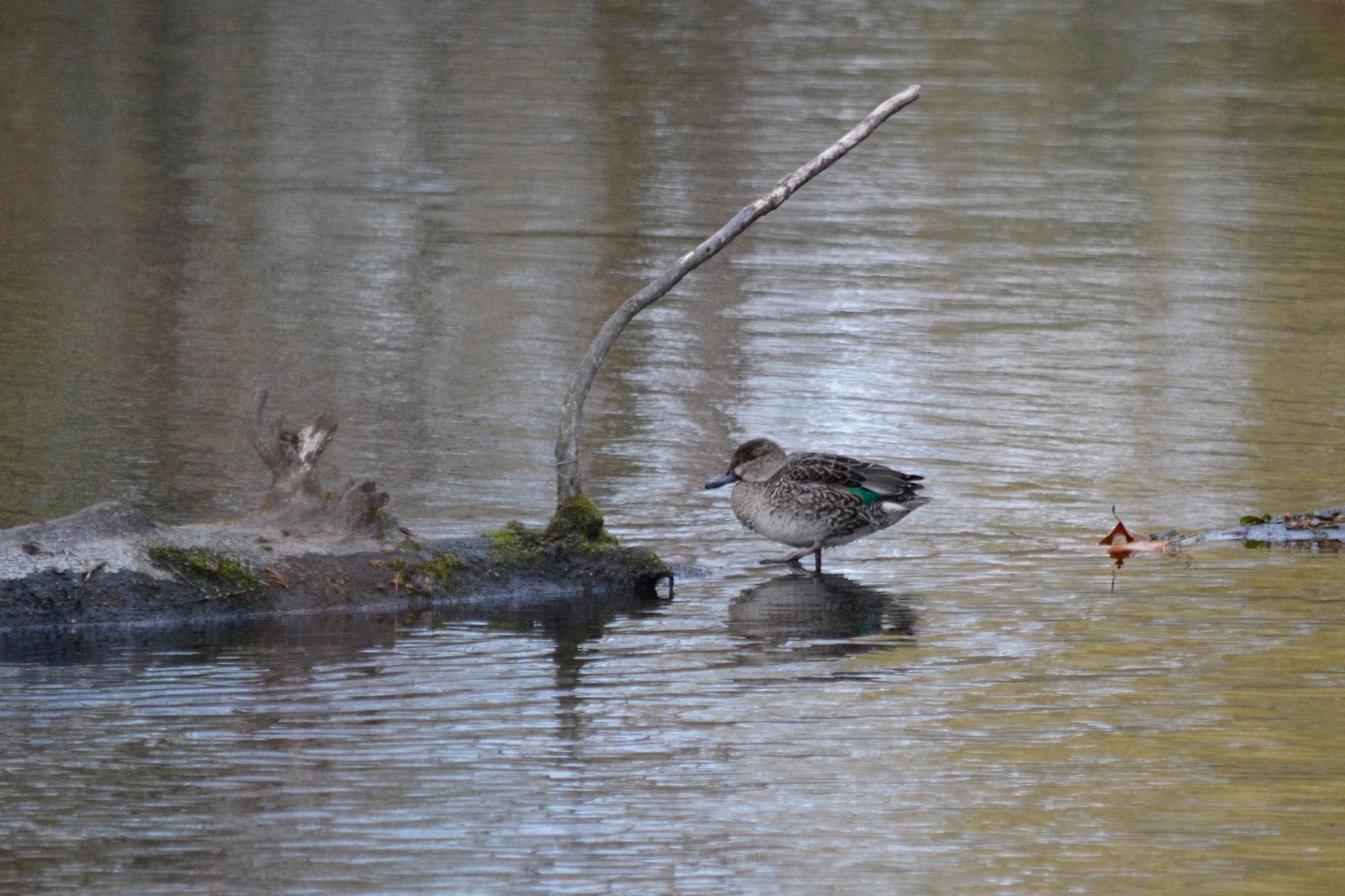 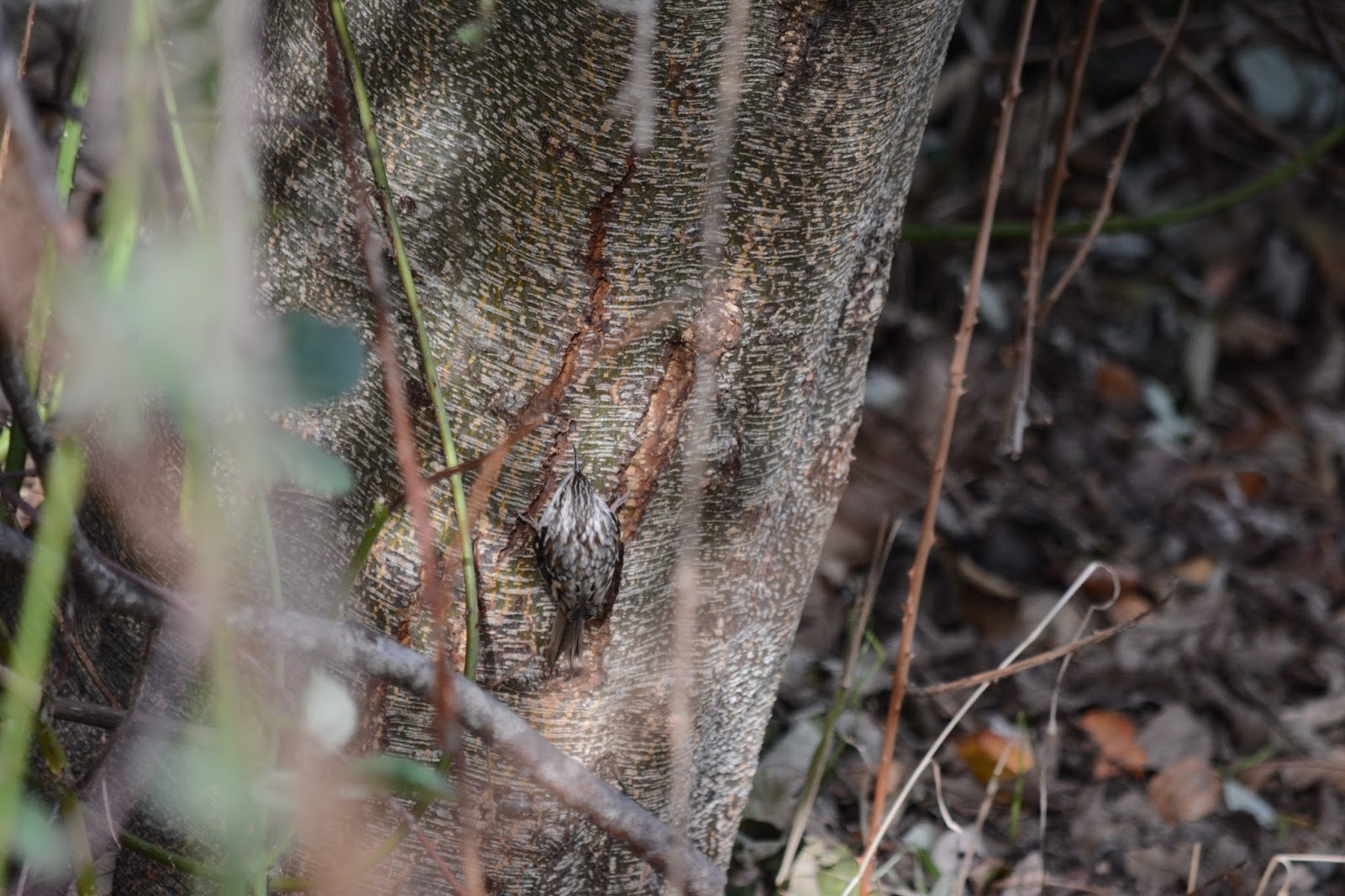 Yesterday my friend and I found this little stepped-on salamander guy on a hike in Forest Park: 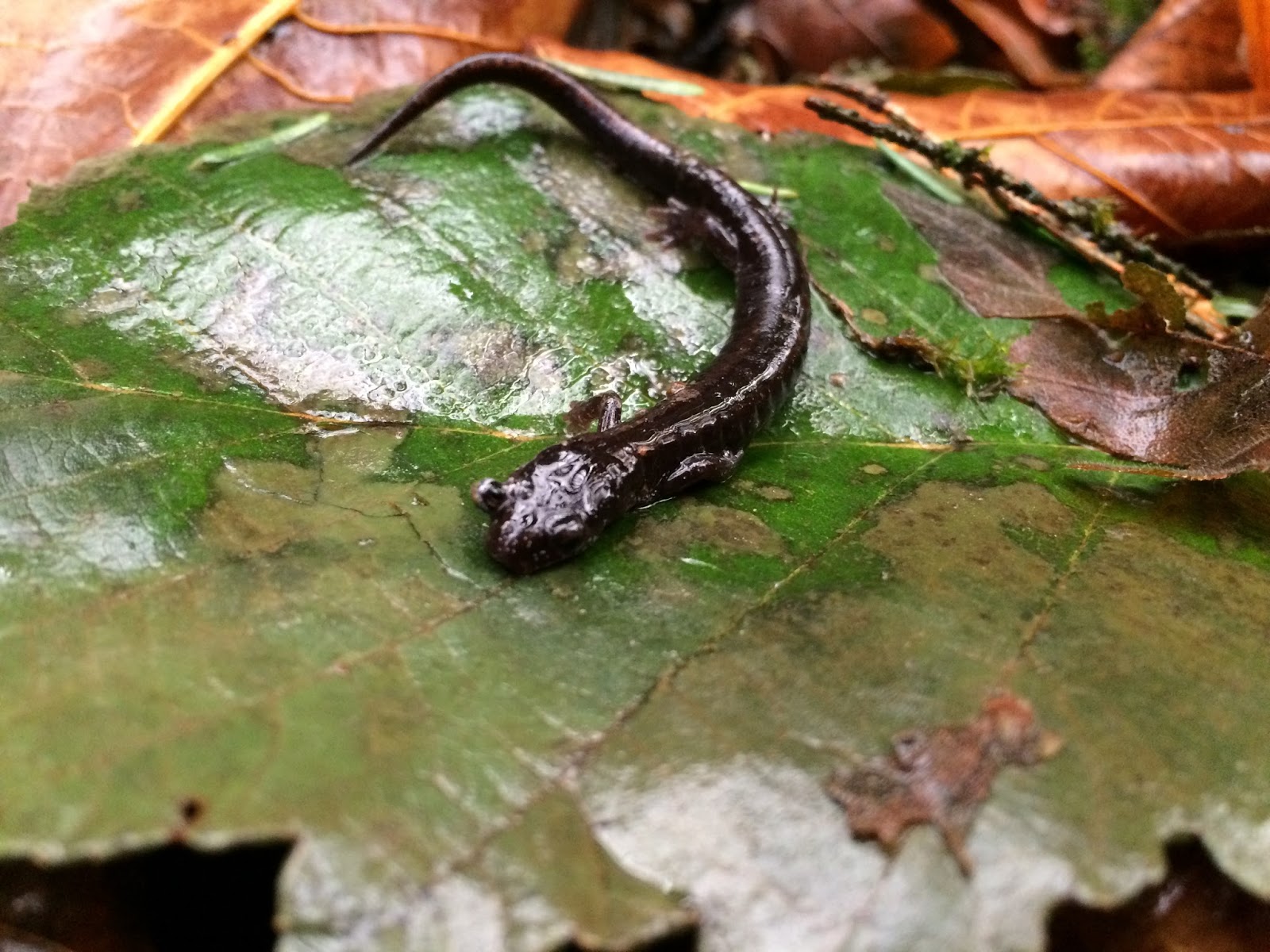 I don't know much about salamanders, and aside from newts, this is the first one I have seen since I was kid digging them up in the woods behind my house to make them my friends.   This cool 2012 Forest Park Wildlife Report says there are four kinds of salamanders in the park:  coastal giant salamander, Ensatina salamander, Dunn's salamander, and western red-backed salamander.  I am leaning towards Dunn's on this fella, but if any herp nerds want to weigh in, please do!

It was a great muddy hike with the most random birds of the day being nine Tundra Swans flying over at dusk.  I forget how close Forest Park is to Sauvie Island.