on March 11, 2017
Earlier this afternoon I picked up my 99th 5-Mile Radius bird for the year, a lone Pine Siskin stuffing its face on my tray feeder in the pouring rain.  I had not seen one in the yard since last July.  I certainly was not expecting one to show up today while I grumbled (to myself) about the rain and my inability to stop eating this box of samoas. 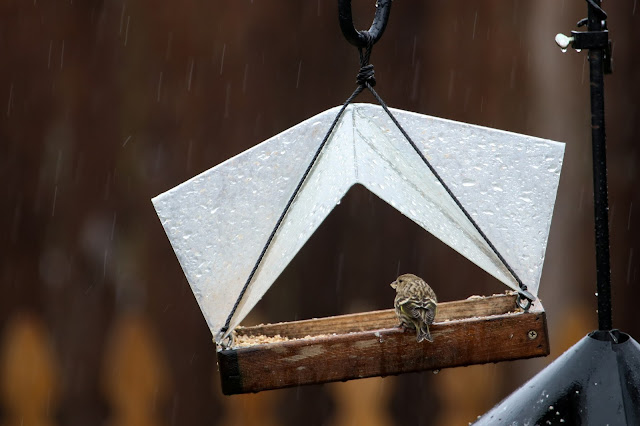 Other than the siskin not much of interest has been happening in the yard.  One recent rainy day I took a million photos of my local hummingbirds because I didn't want to go outside.  I learned that if one perched on my Japanese maple I could line it up with my neighbor's porch light to create a cool effect. 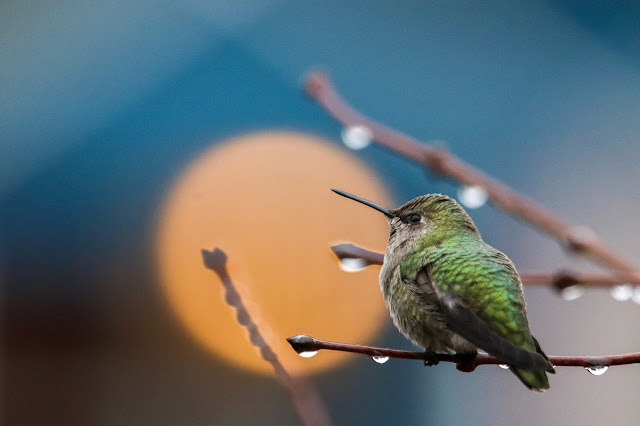 Edit:  I'm adding this crazy junco that showed up in the yard yesterday (3/11).   Before I had bins on it I turned it into a Rustic Bunting which was fun. 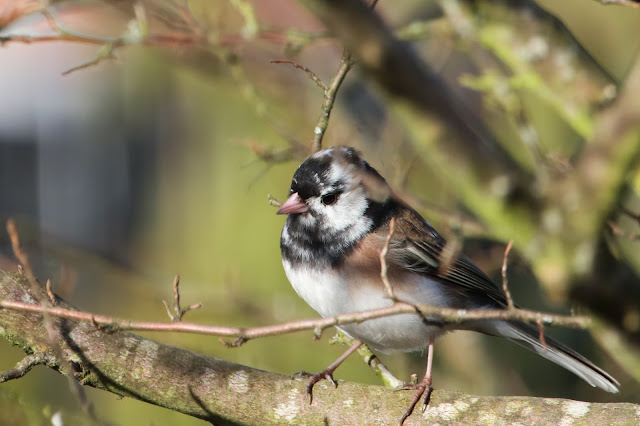 Back in January I discovered a Barn Owl in my 5MR and was bummed to learn it would flush at the slightest glance.  I saw it once in February, and it flushed again.  Finally, it is March and I snooped around in its territory once more.  Amazingly I caught the bird dead asleep way up in a cedar. 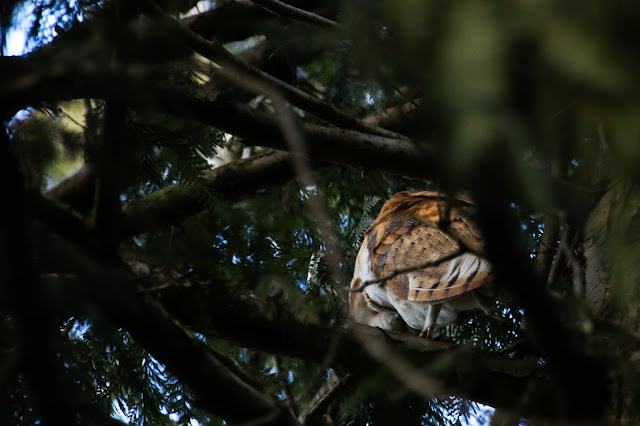 I worked my way around to its front side and found a spot where I could sometimes see it.  The branches around it blew in the wind and every once in awhile they blew just right and I could see the whole bird. 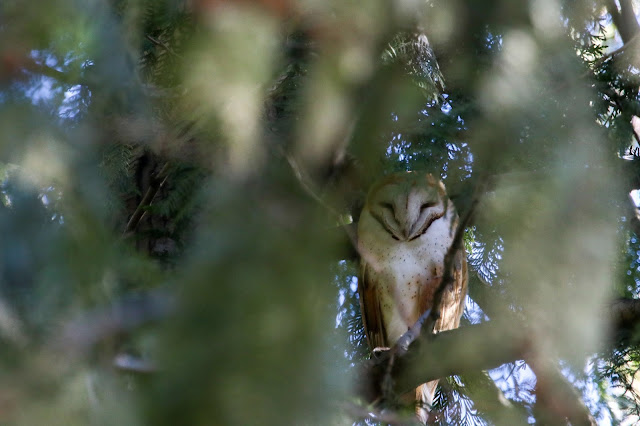 This time the bird did not flush, nor did it seem that concerned with me.  Miracle.

On a pleasant and sunny dog walk last week I noticed a Cooper's Hawk perched in a tree, under attack by crows.  I took a few quick photos and noticed it was sporting a leg band. 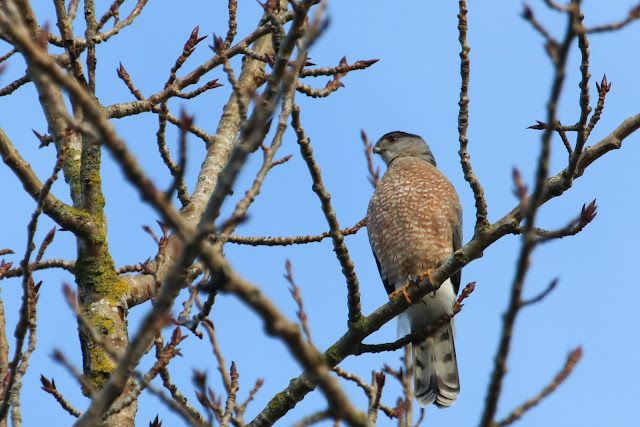 A couple months ago I saw a Cooper's Hawk on the bike path along Alderwood with a similar metal leg band, and in August of 2014 I photographed one in my yard with a band (photo in this blog post).   These hawks were all within a couple miles (or less) of each other, which seems odd.  A bad photo of the one from January: 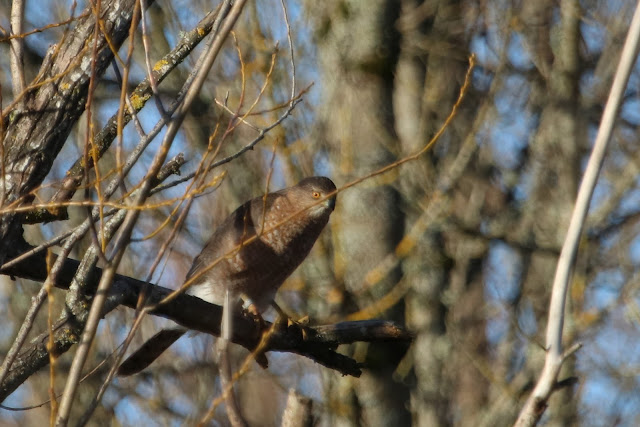 Anyway.  Yesterday was the first warm and mostly sunny day we have had in awhile and I was excited to get out birding.  I began the day at Chinook Landing where a Spotted Towhee was singing its head off. 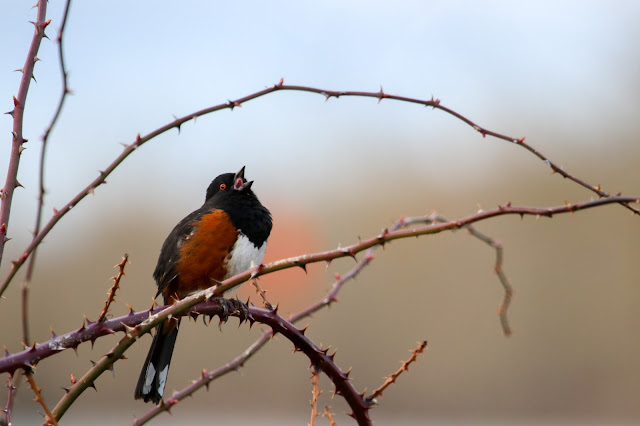 A Horned Grebe was swimming rather close to shore for once. 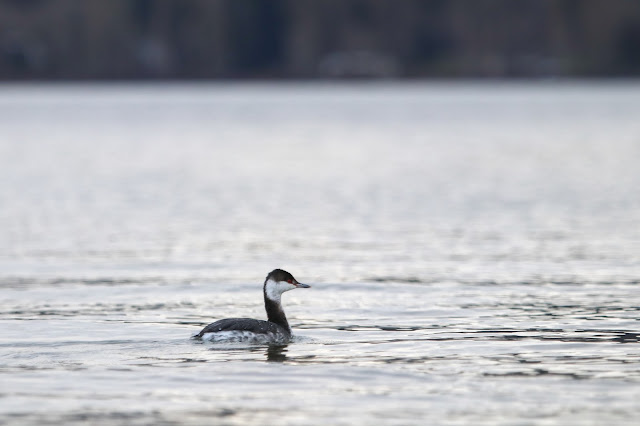 Some geese flew in to the flooded field south of the parking lot and I was psyched to notice a Greater White-fronted Goose in the mix.  5MR bird #98 for the year! 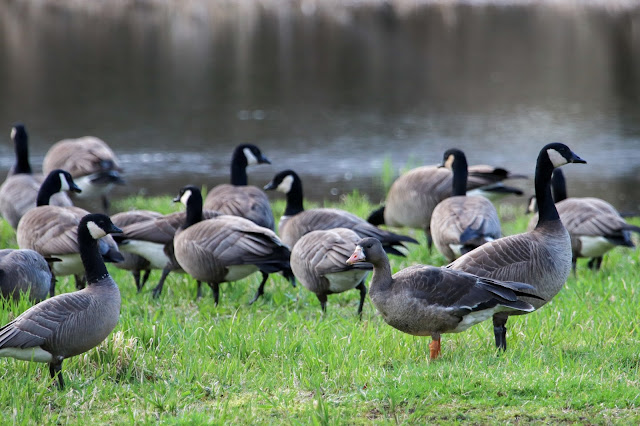 From Chinook Landing I went over to Blue Lake for some more sunny birding. 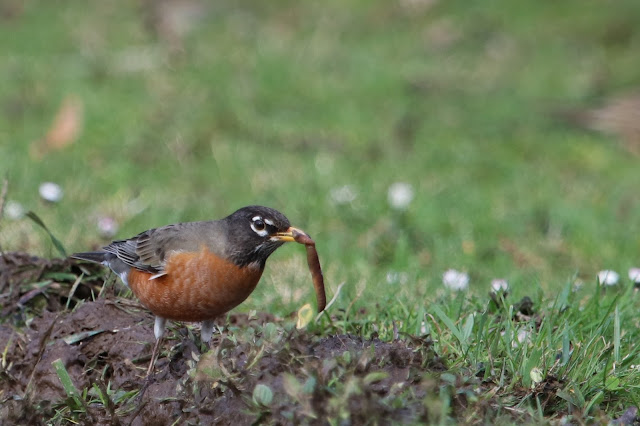 In the winter it's easy to forget that Yellow-rumped Warblers ever look good, that they could even dream of holding court with the likes of Magnolias and Yellow-throateds.  Then one day you go birding in March and a fancy bird catches your eye, and it's a lowly Yellow-rumped but DA-AMN it's looking fine. 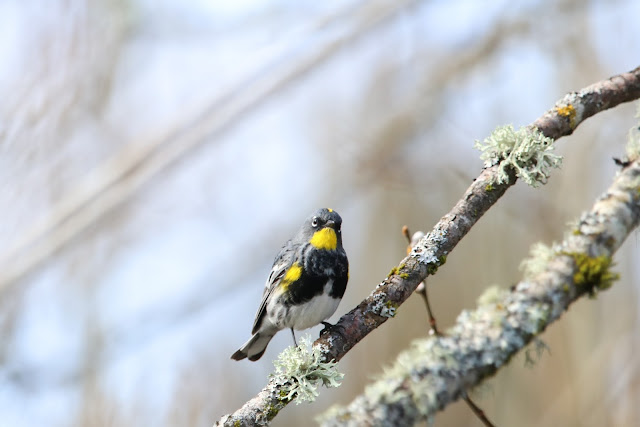 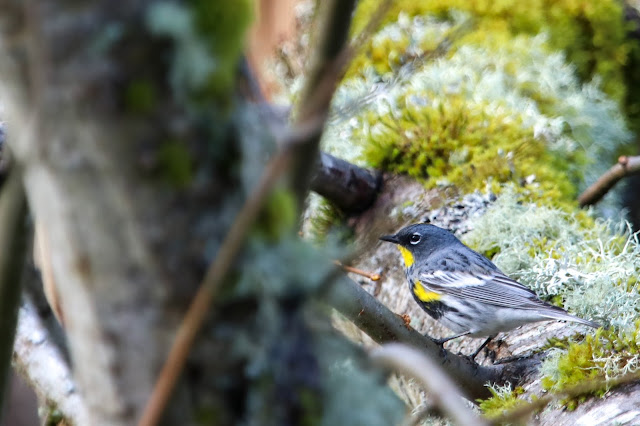 You still got it.

Lesser Goldfinches are starting to look fancy too: 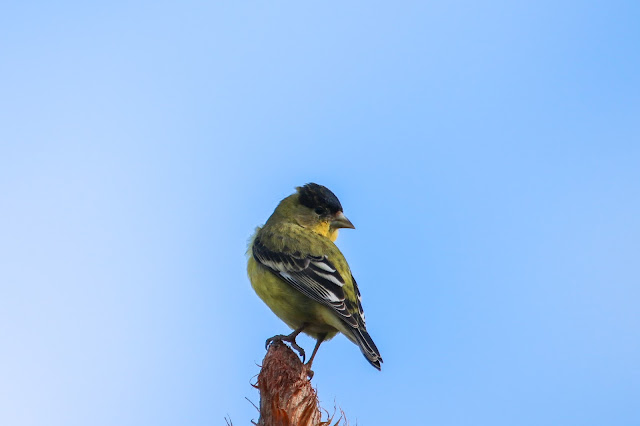 On another recent outing to Blue Lake I was realized that there are California ground squirrels living there.  This surprised me.  The only other place I recall seeing them in my 5MR is at the Sea Scout Base. 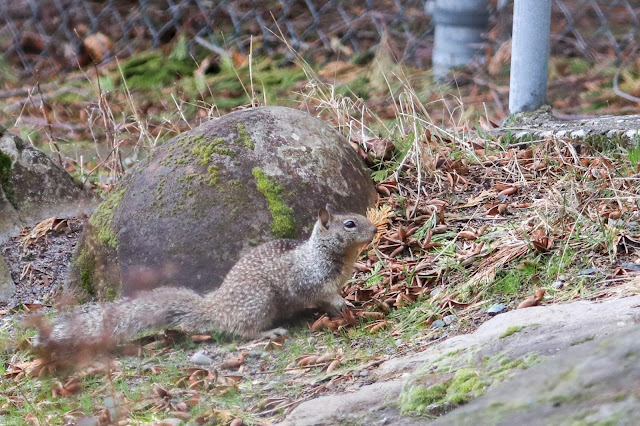 That's about it for my 5MR lately.  I am guessing my 100th bird will be a Tree Swallow but it would be way cooler if it was something else.  But what?